“Everybody breathing dirt, eating dirt — they call it ‘pay dirt,’ for Youngstown clean would be Youngstown out of work.” – Frank Bohn

Youngstown’s Brier Hill sits along the first ridge out of the Mahoning Valley to the east. We traveled there weekly for church, back to the brick streets and slate sidewalks of my mother’s childhood. The neighborhood name always intrigued me; and when I studied historical preservation for a few semesters at Youngstown State, I learned that David Tod, one of the town’s industrial barons, surveyed his first venture in steel from the hill of his brier-covered farmland.

[blocktext align=”right”]This was a tough,
ugly industry. Steam
and smoke poured from large gaps in the building sides. Cranes heaved and moaned. The chimneys spat fire day and night.[/blocktext]My mother’s grandfather was among the mid-19th century wave of Polish immigrants who came to America seeking freedom and prosperity, many of them escaping cabbage- or potato-farm poverty or the “opportunity” to serve in the Russian army. They found jobs at David Tod’s Brier Hill Iron & Coal Company or among the blast furnaces and coke ovens erected by other capitalists. The businesses thrived throughout growth-hungry decades of the early 20th century. National Steel became U.S. Steel in direct competition with Youngstown Sheet and Tube.

The massive complexes ran the length of the valley, looking like some kind of netherworld with their looming, residue-blackened structures that grew rusty through the years. This was a tough, ugly industry. Steam and smoke poured from large gaps in the building sides. Cranes heaved and moaned. The chimneys spat fire day and night. We passed right above, seemingly through, the works on the highway system that offered access from the north to the southside where our cousins lived. From the safety of station wagon windows, we stared with fascinated disgust, trembling awe.

Dziadzi, our grandfather, had worked in the mills for most of his employable years. We knew little of his exact work except for the scant stories he related through our mother, his daughter. It’s interesting to me how little was actually shared.

My grandmother was a chronic storyteller. She collected folk tales from Poland and assembled an anthology of them. She shared stories from her own youth ranging from the tragic to the bawdy — the horrible death to cancer of a young cousin, sneaking away to the movie theater with her cousin Stella, smoking an entire pack of pilfered cigarettes and then suffering an afternoon of nausea, laughing until she wet her underwear after overhearing a young couple’s sexual encounters behind a neighborhood bar, giving birth to her first daughter at home above a small five-and-dime store.

Maybe the florid nature of Nanny’s stories overshadowed her spouse’s tales. Or maybe it was the nature of this work that dampened enthusiasm for recollection. 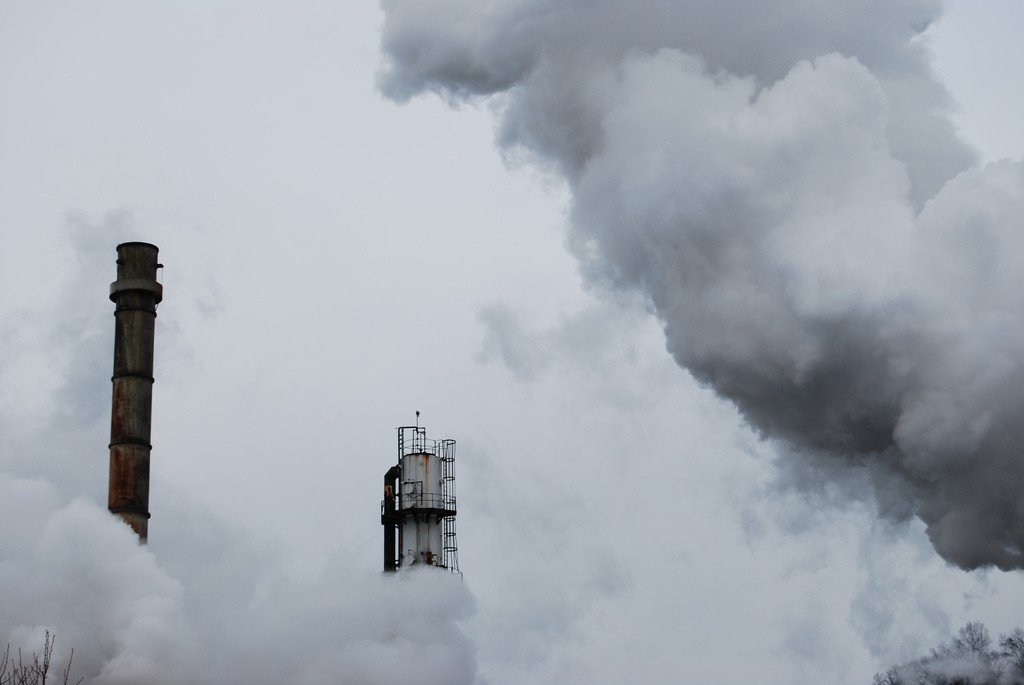 I remember two tidbits. The first related to a strike situation. I recall hearing the word “scab” and temporary confusion over the term. I had plenty of scabs from my outdoor adventures. This scab was unrelated to my own experiences. It was part of this shadowy grown up world, from my grandfather’s past. The ugly term marred the typically pleasant atmosphere of that visit to their house — a place where we could sip soda and watch cartoons, uncommon behaviors at our own home. I often lingered in the kitchen to overhear their conversations, which seemed to serve up a never-ending supply of colorful anecdotes, replenishing my perpetual curiosity. The bitter tone of my grandfather, obviously a union man, repelled me. I knew scabs had families too. I instinctively sided with the underdog and these maligned workers seemed to fit the bill.

The other story had to do with an accident at the mill. Again, the exact story never rang clear to me. My grandfather suffered some type of injury, to his hand. I think it was his thumb, but no after effects were obvious. The event was associated with someone being crushed. Those consequences were much graver — the co-worker died.

Without exact details, my imagination filled in the gaps. I saw a large, blazing hot I-beam falling sideways to crush a millworker while my grandfather, standing nearby, was lightly tapped in the hand by the tumbling debris. If even a portion of that story is true, then I understand now why it received little air time. Survivor’s guilt is a known stifling agent.

The image haunted me and appeared each time we drove past the mills. I would look out the window to the shadowy spaces of the nearby mill, looking for a scenario sparked by this half-told tale.

One of my siblings would mumble, “That’s where Dziadzi’s thumb was crushed.” And I would inevitably think about the underdog of that situation and shiver, even in the heat of an August afternoon made hotter by proximity to steel-melting operations. 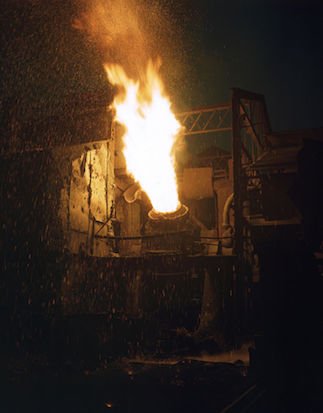 The Poles assembled on and around Brier Hill after Mr. Tod found greener, less prickly pastures north of the city. Worker housing was built, another money-maker for those with mills and farms in their portfolios. The homes really weren’t that bad. I’ve seen squat shacks that the military built for their cannon fodder — small boxes arranged in groups of six, with gravel roads setting perimeters for swatches of beaten, yellow grass. By contrast, the homes for Sheet & Tube employees had porches, two levels, and yard enough for a catch or game of tag. Poles love their vegetable gardens and every house had a small one providing lettuce, tomatoes, peppers, and onions, at the very least.

Most white families — Italians, Hungarians, even the Polacks — had moved away from Brier Hill by the 1960s. Those still working for the mill commuted back to the valley. But the majority had moved on to white-collar jobs and ranch houses with a quarter-acre of lawn. Some maintained their gardens, but why dig around in the dirt when Sparkle Markets offers racks of vegetables and fruits of all types?

While we had been physically displaced, Brier Hill and the mills below it were always there, like some type of mirage dancing in and out of our suburban landscape. We lived ten miles beyond the northern limits of Sheet & Tube, but we would wake some days to an acrid, dense smell transported by the night’s prevailing winds. Occasional gigantic screeches — a sound only enormous quantities of steel against steel could emit — would interrupt a game of Kick the Can. I always stopped, even in mid-sprint, at the noise. Surely only something terrible could be associated with such a mighty clamor. I would think about Dziadzi’s unlucky co-worker.

By the early 1980s, when I was fleeing the city to start my life at college, the mills were mostly empty and quiet. The collapse of the industry took most jobs with it. Boom to ghost town had been uncommonly expedient in Youngstown. In 1969, Sheet and Tube merged with Lykes Corporation, an out-of-town interest. Japanese ingenuity and local debt exceeded production tonnage and failure outpaced success. The closures came in small waves at first. But by the time I graduated in 1981, over 75,000 jobs had been lost. The people, the workers, wailed and moaned, then drew unemployment, and either grew hungry or moved. 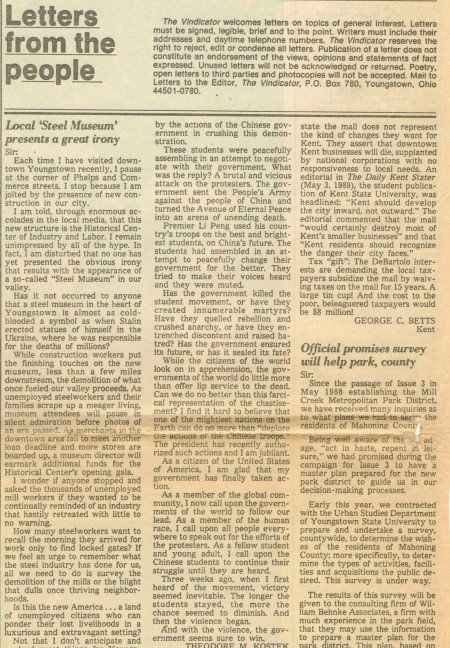 Years later, state funding would be used to erect a Center of Industry and Labor above the empty shop fronts. Designed by Michael Graves, the museum was lauded as an architectural treasure. I felt compelled to raise an indignant voice, and sent a letter to the Youngstown Vindicator, citing the obvious irony in erecting a shiny, new museum to loom above empty storefronts, a museum that honored the industrial barons whose mismanagement and profiteering had eviscerated the local economy, essentially creating the ghost town that surrounded the shiny, new, expensive museum. The letter was excessive in metaphor, but ripe with the unabashed and untested indignation of youth: likening the museum to a statue of Stalin raised above the graves of purge victims.

I hid behind the name of a friend in this letter to the editor. He agreed to the conspiracy as he was younger, prone to ideological revolt, and bore an obvious infatuation with me. I had been a docent at the Butler Museum of American Art. I was studying historic preservation. I feared that I might sabotage any efforts to find work in the historic field after tossing this verbal grenade. But none of that really mattered.

The letter ran. The museum was built. It almost went broke several times, like the industry it lionized, but was salvaged by the Ohio Historical Society, which operates it today.

But none of that really mattered. We had left Brier Hill years ago.

___
Catherine Van Noy is an expatriated Youngstowner living in rural Virginia, and for the last nine years has written a regular column for the Roanoke Times. Her book Doilies and Kapusta (from which “Briar Hill” is excerpted) is a creative nonfiction work that considers how the Slavic mind and manner tangle with the American experience.

Belt is a reader-supported publication — become a member, renew your membership, or purchase a book — including The Youngstown Anthology — from our store.