Belt Magazine Live: With New America Chicago, a panel discussion about discrimination in the VC world

Earlier this month, Belt Magazine and New America Chicago held a live panel discussion in Chicago, in which tech entrepreneurs of color discussed discrimination in the venture capital world. The forum, “The Capital Divide: Perspective of Minority Entrepreneurs,” stemmed from an article about the topic published in Belt earlier this year with support from New America Chicago.

“The rules are different for minority founders,” Boyede Sobitan, co-founder of OjaExpress, a grocery-delivery app that caters to immigrants seeking hard-to-find food products from Africa and the Caribbean, told the assembled crowd at 1871, the tech incubator housed in Chicago’s Merchandise Mart. “I literally know someone [white] who raised $100,000 just off a conversation. No product, no nothing, just this is how we’re gonna do it. The rules are not the same for black entrepreneurs.”

Sobitan should know. In our article, he tells the story of being dismissed by a VC at a meeting held in a Starbucks:

“Do immigrants even have money to spend on this type of product?” the VC asked with disdain, regarding the exotic foodstuffs sold by OjaExpress, Sobitan recalls. “And what are these things? I’ve never heard of them.”

Then, on the other hand, he fretted that if OjaExpress became popular, Amazon would just swoop in and price Sobitan out of the market. More likely, the entrepreneur countered, was that Amazon would buy them out — and that would be a fine outcome to them.

“We thought it would be an easy sell,” says Sobitan. “We thought that we had a product, all we had to do was put it out there and everybody would be throwing money at us. When that didn’t happen, you say, ‘OK, something’s going on.’ From that standpoint, we know there’s a different set of rules coming from investors.”

A wealth of research data supports Sobitan’s contention. Just 1 percent of the $58 billion poured into American startups in 2015 went to black-owned enterprises, according a study by CB Insights. And minority business owners are denied bank loans at three times the rate of non-minority owners, and when they get them they’re less than half as large and the interest rates are, on average, 1.2 percent higher, a Commerce Department report said.

Despite the systemic bias, Sobitan and his co-founder, Fola Dada, have been able to push through:  The website BuiltInChicago listed OjaExpress as one of “50 Chicago-based startups to watch in 2018.” 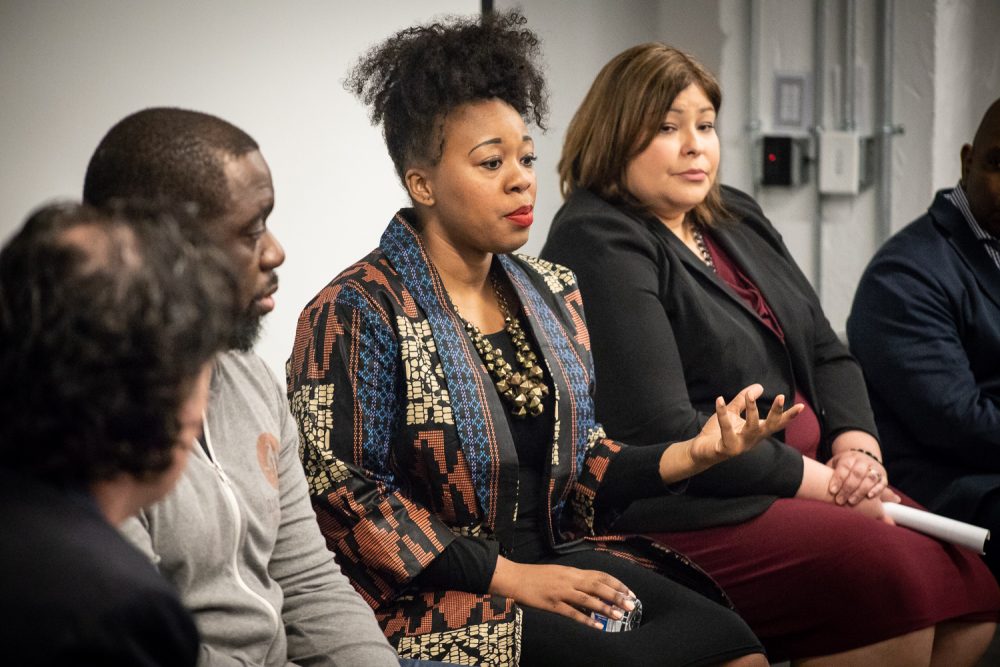 Amanda Spann, whose Happii Apps portfolio includes the African diaspora-focused dating app, Culture Crush, and a word-guessing game, TipOff, was also featured in our article and participated in the forum in Chicago. She noted that investor bias toward startups that have already raised capital — which often happens via an established network of wealthy friends and family — extends to the tech media. Spann told of having to harangue a reporter for TechCrunch into writing about her app, Culture Crush, by arguing that he was failing his audience by only covering tech companies that have raised large sums of venture capital.

“I said, ‘Hey, you know, I pitched you several times. You don’t cover my app. And I have a problem with that,’” Spann said. “And he said, ‘Well, we try to focus on companies that have raised.’ And I was like, ‘There are literally millions of companies out here that are doing tremendous, amazing work who you’re not featuring. You are the gatekeeper to lots of investors out there that are looking for startups to invest in, to collaborate with. If you were only to cover companies that have raised $1 million or more, then what are you really doing? You have a bias that you need to address.’ And he agreed with me! And he covered my app!”

As for the press in Belt Magazine, Sobitan told the audience he had concerns about taking part in such an article.

“I was a little bit hesitant to be one of the central characters and heavily quoted in the article just because of possible perception of whining, but after reflecting on the potential impact of the story overall, I felt a sense of responsibility because if no one else tells the story, how will people learn? How will they know?” Sobitan said. 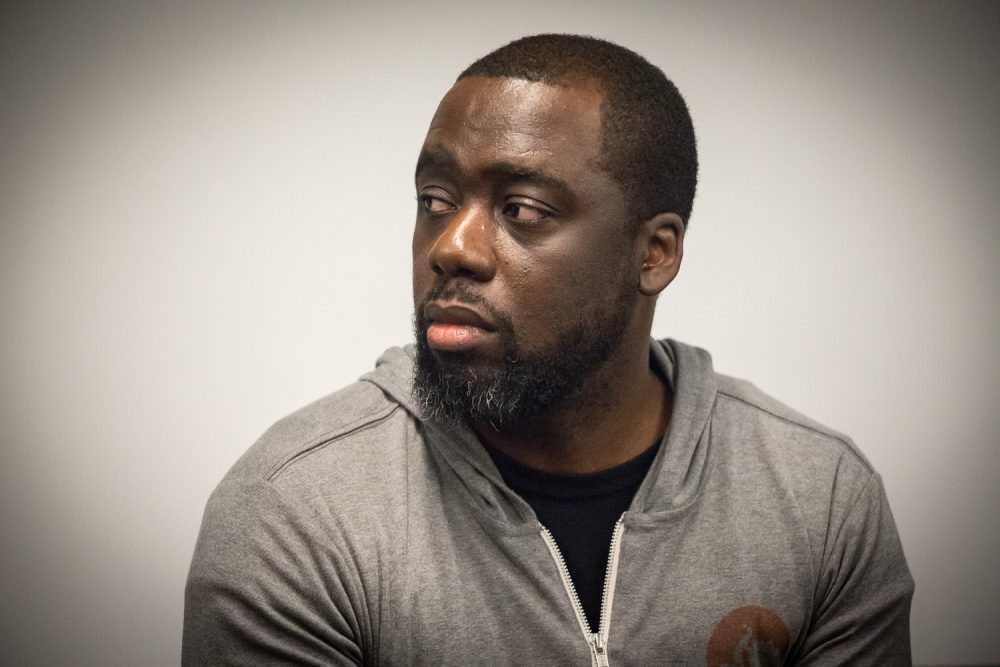 Tech founder Boyede Sobitan at the live panel on discrimination in the venture capital world — an event produced by Belt Magazine and New America Chicago at 1871 in Chicago.

“I didn’t really know what the response was going to be,” Sobitan continued. “My advisor texted me when the article was released and said, ‘OK, you guys went there.’ He’s a tech founder as well, a Nigerian gentleman, black. He could commiserate. He said, ‘I’m glad you guys told the story because that’s something I couldn’t do.’”

In addition to Sobitan and Spann, Lyneir Richardson took part in the panel. A former advisor to mayors of Newark and Chicago, Richardson now serves as chair of Rutgers University’s Center for Urban Entrepreneurship and Economic Development and runs ChicagoTREND, an organization that provides seed money for retail projects in specially selected locations in Chicago’s most blighted areas. The MacArthur Foundation and the Chicago Community Trust have funded the endeavor with $7 million. Richardson spoke of the importance of “patient, flexible, equity-like capital” when it comes to funding. 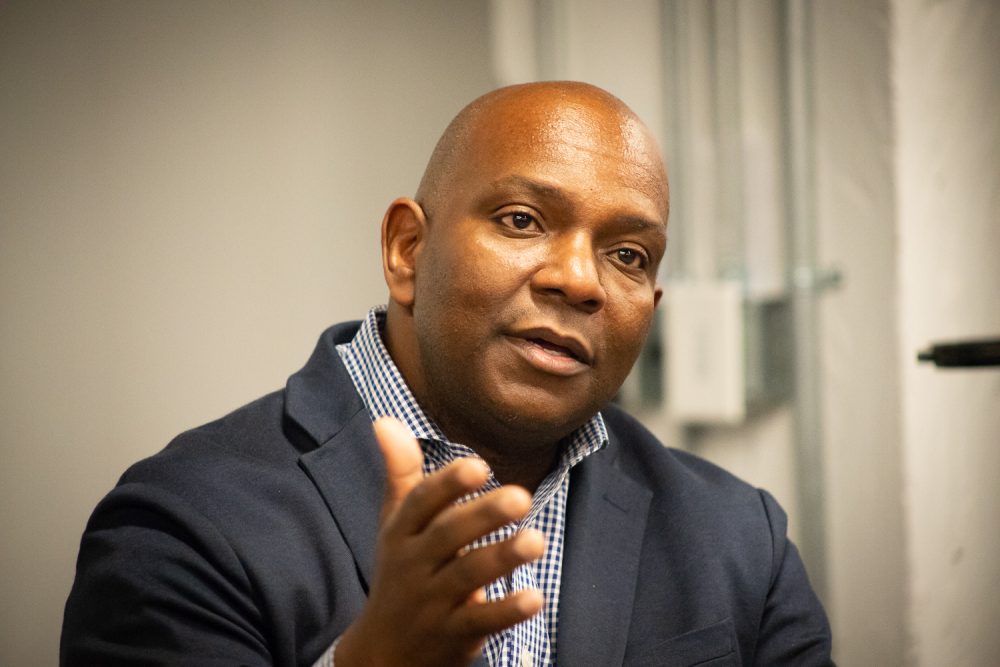 Lyneir Richardson at the live panel on discrimination in the venture capital world at 1871 in Chicago.

“The traditional model is, we either gotta go in there right now with a grand-slam idea or we don’t get a share of the private equity,” said Richardson. “The message we all should be carrying is about social justice, of institutional racism, that we’ve got good ideas, we’re intelligent, we’re ready. We’re innovative. And that we need early-stage, patient capital to help us get our ideas out there. And investors need to understand that one in 10 or two in 10 of our ideas are really going to break out and ultimately be rewarding, just like everybody else.”

The audience, dominated by entrepreneurs of color, took particular interest in Janice Lopez, our fourth panel member. Lopez is the managing director of entrepreneurial services at Chicago’s Women’s Business Development Center, which has provided $2.5 million in low-interest small business loans — mostly to minorities and women — since 2010. Lopez explained that WBDC offers loans of up to $75,000 — the average loan is $13,000 — with fairly lax rules on what constitutes collateral. Basically, proof of having “skin in the game,” she said. The organization also works with founders to identify state and federal grant or loan programs that might provide additional boosts, she said. 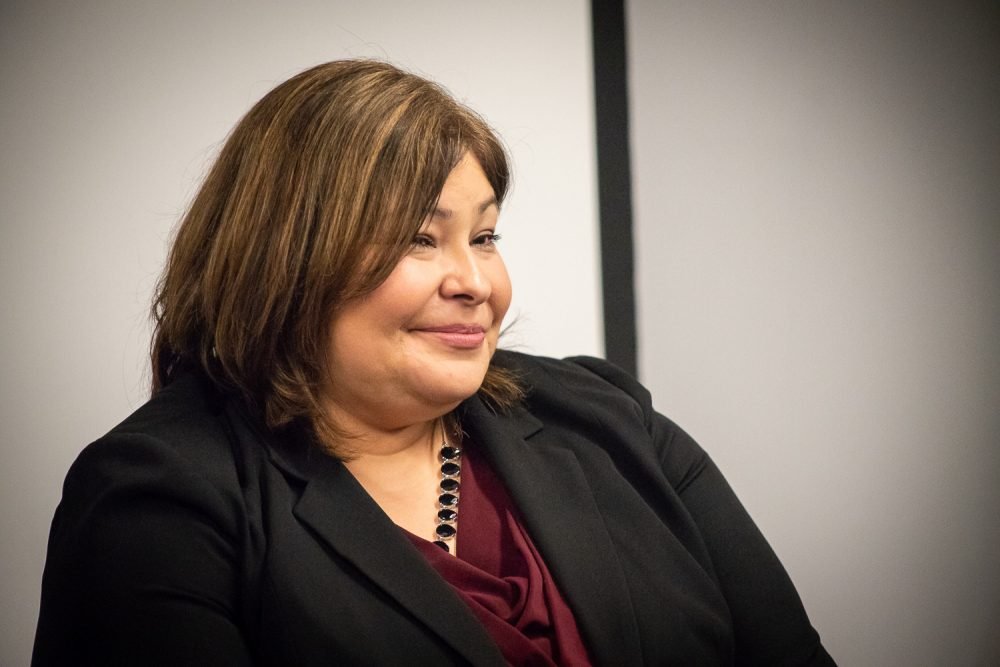 “All we want to know is, does it make sense? Have you done some of that market research? Have you checked to make sure there is a market out there for whatever it is you’re looking to bring to market?” Lopez said. “Other than that, every story is different. We listen to you, we try to get as much information and then we go to battle for you.”

Spann noted that the sort of training at seeking capital that Lopez described at WBDC is vital and needs to be more available. “There needs to be some leaps and bounds made and some programming built around educating founders on how they should approach investors and educating investors about how they should be communicating with founders and doing due diligence so that you’re not sitting in a Starbucks insulting some people and asking them if we have money. Those things shouldn’t be happening.”

During the question-and-answer segment of the event, one audience member wondered why entrepreneurs like Sobitan and Spann don’t try crowdfunding to raise capital. Sobitan explained that that popular approach can pose some very serious risks.

“Let’s say, for example, you’re trying to put a goal out trying to raise $250,000 by this date and you only raise $5,000,” he said. “It becomes a social indicator that nobody wants your product. And that gets viral. Everybody sees that.”

Lopez agreed: “If you don’t have a network that’s big enough to go ahead and help you with that crowdfunding, it really doesn’t work out at the end of the day.”

Perhaps most troubling to the people gathered in the room was that few VC firms have dedicated staffers focused on finding startups that will provide entrée into new markets. As our article reported, fewer than 3 percent of VC firms have black or Latino investment professionals.

“I don’t know of a lot of white male investors who are able to go into a black community and communicate with us and understand our problems and the industries that we think we need to focus on in the same way a black woman or a Latina can,” Spann said. “There needs to be a more diverse range of investors, period. There also needs to be more due diligence among the investors who already exist to better understand the communities and industries they’re tackling. I’m pretty sure Andressen Horowitz isn’t stopping by Howard University.”

Support for this event was provided by Rise Local, a project of New America Chicago.