Cheese, Please: How Did Pizza Become One of Windsor, Ontario’s Hottest Exports?

Windsor, Ontario — directly across the river from Detroit — has had its share of hard times. For most of the twentieth century, the city was one of the hubs of Canada’s automotive industry, home to Chrysler’s Canadian head office, as well as manufacturing operations for all of the Big Three. And as with its neighbor across the river, a series of plant closures have left Windsor with one of the highest unemployment rates in the country. While the city still makes some cars, more and more, its number one export is people, many of whom are leaving the city to find work in the resource-rich provinces of Saskatchewan and Alberta.

Well, that, and its pizza.

Windsorites are crazy about pizza. Outside of Chicago, there may not be another city in North America where the regional pizza is such a source of civic pride. A Windsor pizza place, Armando’s, was named the third-best pizza in the world at the 30th International Pizza Expo in Vegas in 2014. Windsor-style pizza features among other things, a spicy-sweet arrabiata-style sauce, shredded pepperoni, and toppings that go on top of the cheese. Never under. Ever. 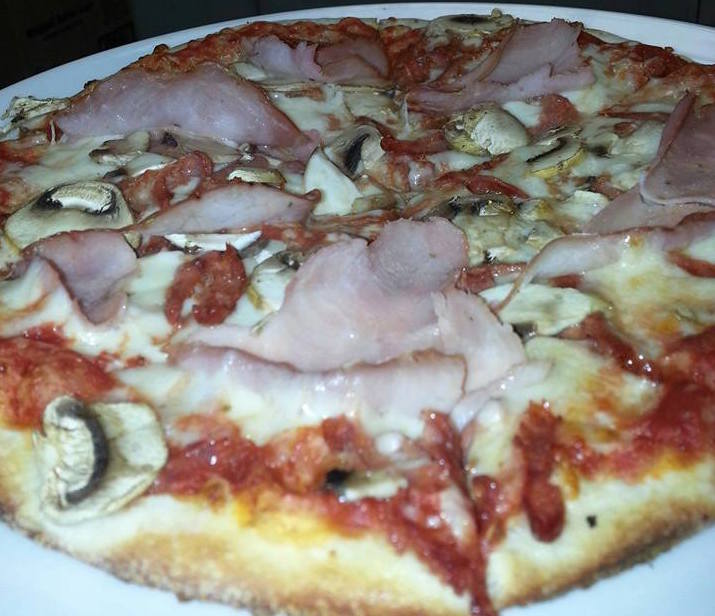 “The cheese won’t cook properly underneath [regular pepperoni,]” says Fil Braga, who runs a location of Windsor-area chain Naples Pizza in the suburban town of Amherstburg. “Then you run into, ‘OK, I’m going to take a bite of this pizza, and one bite will be, wow, lots of pepperoni, and then the next bite would be no pepperoni.’ So it distributes over the pizza a lot better. And one thing we were taught was, when you make a pizza — this was day one — make sure that every bite they take, there’s a little bit of every topping on that bite.”

Expat Windsorites regularly complain about the inferior pies of their new hometowns.

“Pizza in the west is a nightmare of inconsistency and failed execution,” says Lyle Fox, a Windsor native now living in Calgary. “I’ll never understand why someone would put pizza toppings under the cheese. They’re called ‘toppings’ for a reason.”

Jessica Danelon, who now lives in the pizza mecca of Chicago, says that she still likes her hometown pizza better.

[blocktext align=”right”]“I’ll never understand why someone would put pizza toppings under the cheese. They’re called ‘toppings’ for a reason.”[/blocktext]“It can be enjoyed equally at any temperature,” she says. “While it is amazing piping hot, my favourite way to eat it is at room temperature, the next day. You can’t say that for Chicago deep dish.”

Windsor’s mass pizza fixation has led to everything from recipe theft to pizzas being put in carry-on luggage to (seriously) a market in illegal cheese.

According to Arcata Pizza owner Bob Abumeeiz, the city’s precise pizza style stems from the fact that in the 1950s there was only one pizzeria in downtown Windsor: Volcano’s.That spot eventually closed its doors when the owner retired in 1986, but the Windsor pizza, according to Abumeeiz, is just variants on a Volcano’s pie. 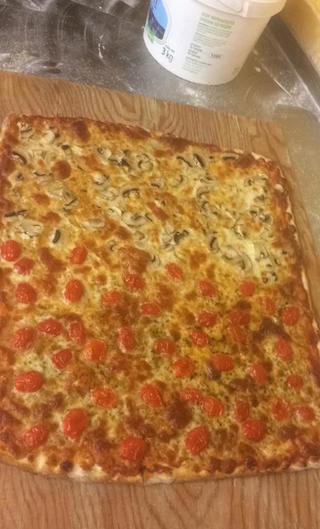 “Volcano’s had 20 delivery vehicles at a time,” says Abumeeiz. “You can tell how busy they were… and every person who arrived off the boat, like myself, they landed a job at that pizzeria. And most of them, they stole the recipe, and they ventured on their own. That’s why Windsor has one of the best pizzas in the country, maybe, because they all have similar recipes from the original pizzeria.”

National and international chains have a relatively weak foothold in Windsor. Sure, Pizza Hut and Domino’s exist, but the city of 300,000 is also home to more than a half-dozen local mini-chains, some with as many as 17 locations, a level of local pie saturation that would make larger cities jealous. Ask six Windsorites who makes the best pizza in town and you’ll get seven different answers: Capri, Naples, Riverside, Arcata, Armando’s, Antonino’s, Windsor, or any other number of one-off holes in the wall. And once a Windsorite is loyal to a pizza place, they’ll go to remarkable lengths to get a hold of one.

Abumeeiz is one of the pioneers in the growing trend of making a pizza that can be put in one’s carry-on luggage for a flight back to the prairies. In February, he made national headlines in when a pair of ex-Windsorites living in Saskatoon paid CA$184 (US$140) for a king-size Arcata pie to be shipped more than 1,400 miles for a Super Bowl party.

“When parents are visiting their kids, the kids are craving this pizza,” he says. “It’s always half-cooked, and we freeze it and we wrap it up in foil and plastic. And we compact it — we make it a lot smaller size than the original size so it can fit in the luggage. They take it in carry-ons. And when they get to their destination, they just preheat the oven for a certain time, at a certain temperature, and they just pop it in, and as good as new… We see the same people doing it over and over, so you know, it’s been successful.”

According to Danelon, the difference isn’t just the sauce or the shredded pepperoni, it’s also the cheese, which more often than not comes from local manufacturer Galati Cheese. “That’s the thing [all the pizzerias] have in common,” she says. “That cheese is magical.”

Galati started making cheese in 1998 after nearly 30 years in the industry as a distributor and importer. Their cheese, when melted on a pizza, has a softer, more malleable texture than other mozzarellas, and a gentler flavor. According to manager Peter Piazza, there’s actually no great secret to Galati’s success.

“We just use pure milk,” he says. “No protein solids, nothing like that.” 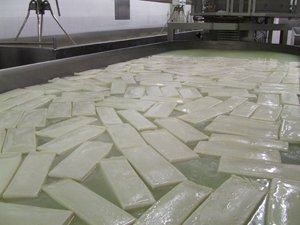 Galati, however, is not Windsor’s only source for cheese. There is a reason that pizzerias that use Galati products put a sticker on the box saying so, because the other source for Windsor mozzarella is smugglers.

Dairy products are more expensive in Canada than in the United States. A strictly enforced series of price controls and steep import tariffs meant to protect Canadian dairy farmers means Canadian dairy products can cost up to three times as much as they do south of the border. And cheese is one of the biggest line items for any pizza maker.

“I like to call cheese white gold,” says Braga. “Cheese, in Canada, costs more per pound than gasoline does per liter… when I pay my bills at the end of the month, 60 percent of what I pay is just for cheese.”

It’s not surprising, then, that in a pizza-mad border town, there’s demand for black market cheese. In 2013, three men, including one current and one former police officer in Niagara Region, across the border from Buffalo, were charged with illegally importing roughly US$200,000 in illegal brick mozzarella.

Abumeeiz says that Windsor also has a smuggled cheese problem, and that while he has only ever used Galati products, he has been approached by people trying to sell him cheese from across the border.

[blocktext align=”left”]“I like to call cheese white gold. “Cheese, in Canada, costs more per pound than gasoline does per liter.[/blocktext]“There’s a wholesale which is not far from the border, people buy whatever they can,” he says.

He adds that since he went public about the smuggling in 2013 in an interview with the CBC, the offers of illegal cheese have stopped coming, but he swears the smugglers are still around.

“You can tell,” he says. “The customers come talk and just say, they bought a pizza from this place or that place, and say the cheese is not the same, you know?”

According to Tara Scott, another ex-Windsorite living in Calgary, the thing outsiders need to understand about Windsor pizza isn’t just that it’s delicious. It’s that it’s a source of civic pride for a town that’s become shorthand for the decline of the auto industry in Southwestern Ontario.

“Windsor’s an interesting place,” she says. “It’s had the shit kicked out of it by various recessions and the downfall of the North American auto industry. Many people in my generation have left because jobs are short, but pizza is something that’s been consistently excellent there.”

___
Chris Dart is a Toronto-based writer whose work has appeared in Vice, The Onion AV Club, CBC Music, The Globe and Mail and the National Post. In addition to having a deep and profound love of pizza, he’s also a big fan of kickboxing, small animals, friendship and the Toronto Raptors.