Photos from the reclamation of Native space in the city


On a vacant lot in Chicago’s Albany Park neighborhood, Native youth have taken root and are reclaiming their ancestral lands. The Chi-Nations Youth Council, which advocates for Native youth in Chicago, partnered with the American Indian Center to lease a vacant lot from the city, with the intention of creating a First Nations Garden, a dedicated space for Native Americans in the city where they can gather and grow their own food and medicine.

At the same time, in 2018, the Chi-Nations Youth Council, worked on a resolution acknowledging that Chicago is built on the “ancestral homeland to the Anishinaabek; Niswi-mishkodewin (Council of the Three Fires): Ojibwe, Odawa, and the Potawatomi along with dozens of tribes.” Chicago is home to more than seventy-five thousand “urban Indians,” according to the resolution, with “cultures spanning from more than 150 tribal nations.”

The city council passed the resolution in November  after striking a phrase that described the displacement and genocide of Indigenous peoples, according to alderman Carlos Ramirez-Rosa of the 35th Ward. “We wanted to pass the resolution as quickly as possible before the land acknowledgment ceremony that took place [in the garden], and in order for us to do that, the mayor’s office and the law department requested that we remove references in the ordinance to genocide of Native people,” said alderman Ramirez-Rosa who worked closely with the Chi-Nations Youth Council throughout the process.

The First Nations Garden, an inter-generational space, means different things to different people, but many see it as a safe space where Native Americans can heal, grow and come together. The images below, which were captured over the span of three months, are a glimpse into what the garden means to different people and the process of reclamation and restoration. 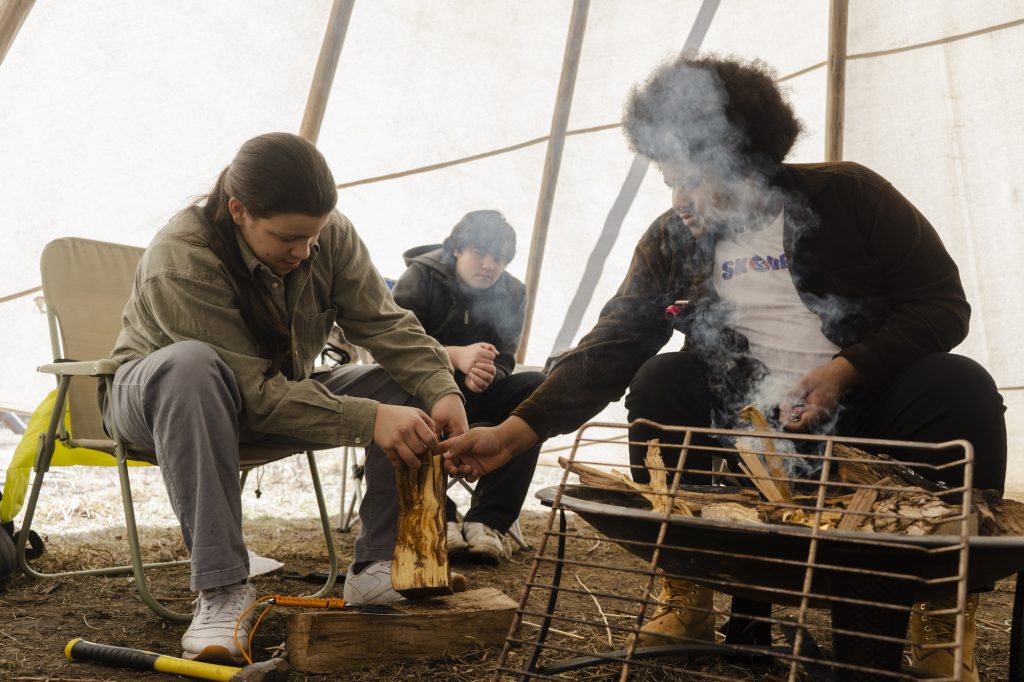 Inside the tepee at the First Nations Garden, Adrien Pochel, who is Oji-Cree and interim co-president of the Chi-Nations Youth Council, and Anthony Tamez start a fire so they can boil maple sap from the trees in their Albany Park neighborhood. 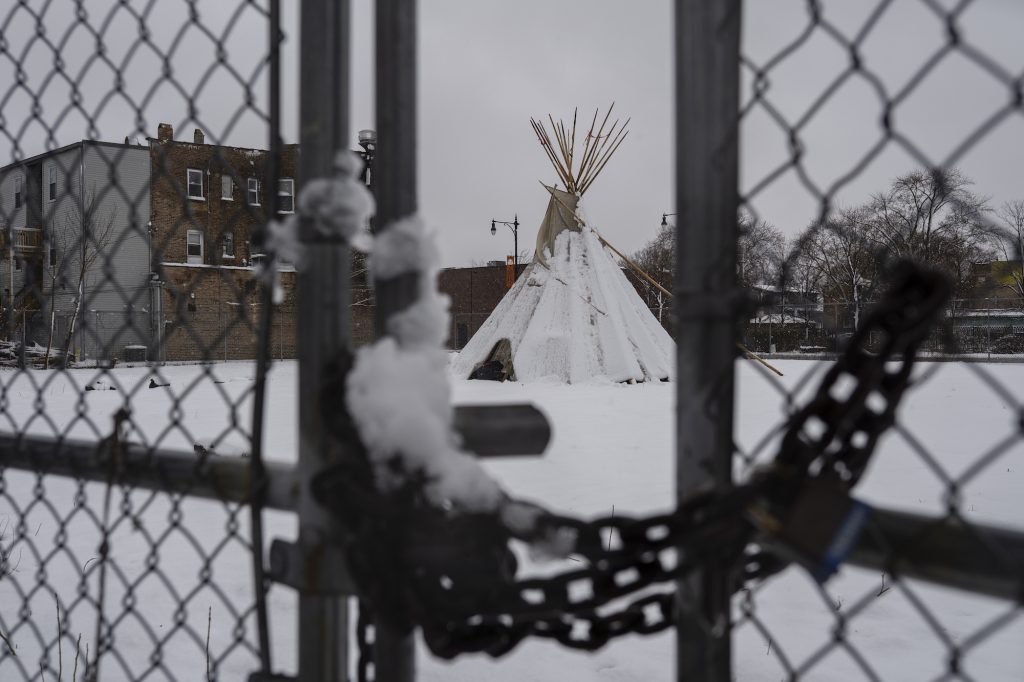 The First Nations Garden sits on a vacant lot where a printing press used to stand, according to Pochel, the Oji-Cree lead adviser for the Chi-Nations Youth Council. 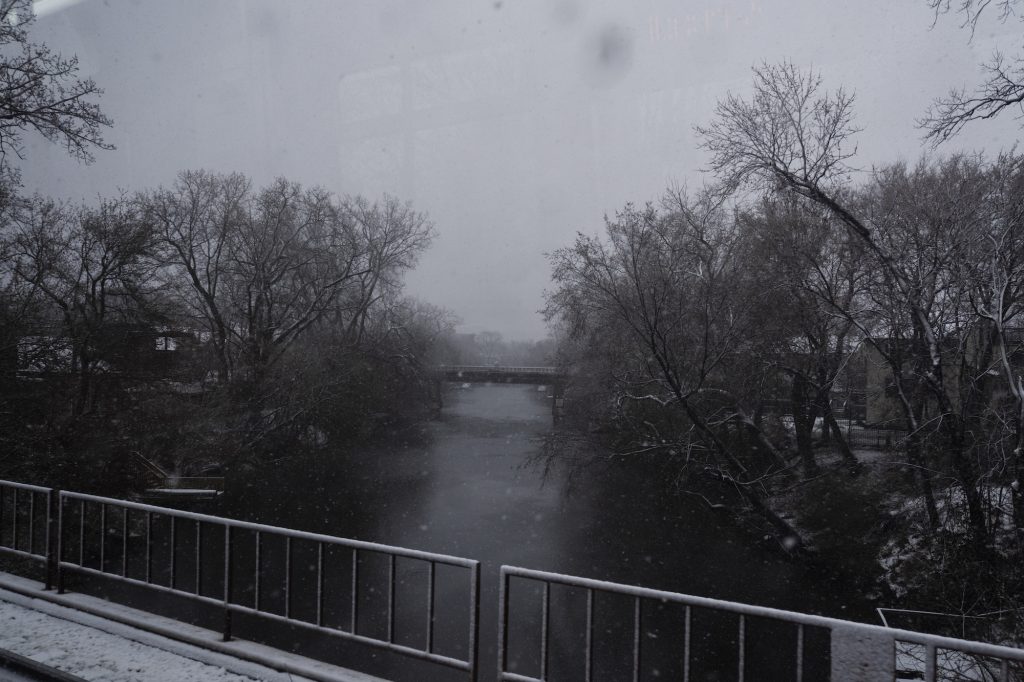 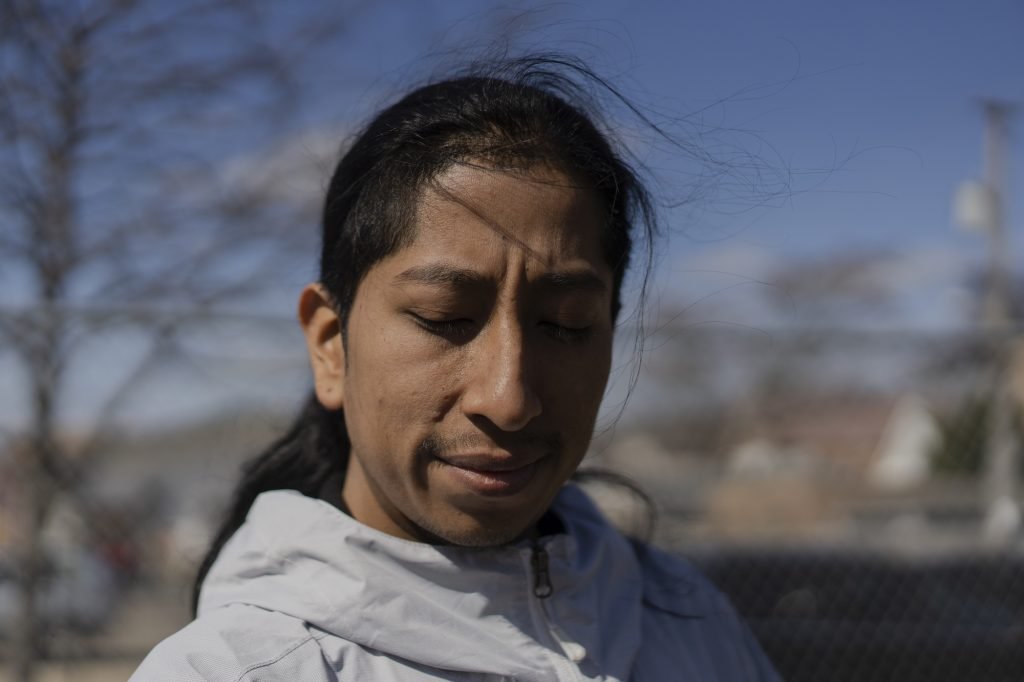 “I think [the garden] is beautiful. It’s nice to see people gathering around for good vibes because this is all about peace and love and community. … That’s how we teach our kids to learn our culture,” said Apu Morales, a photographer from the Kichwa community. “That’s what it is — try to get our culture back.” 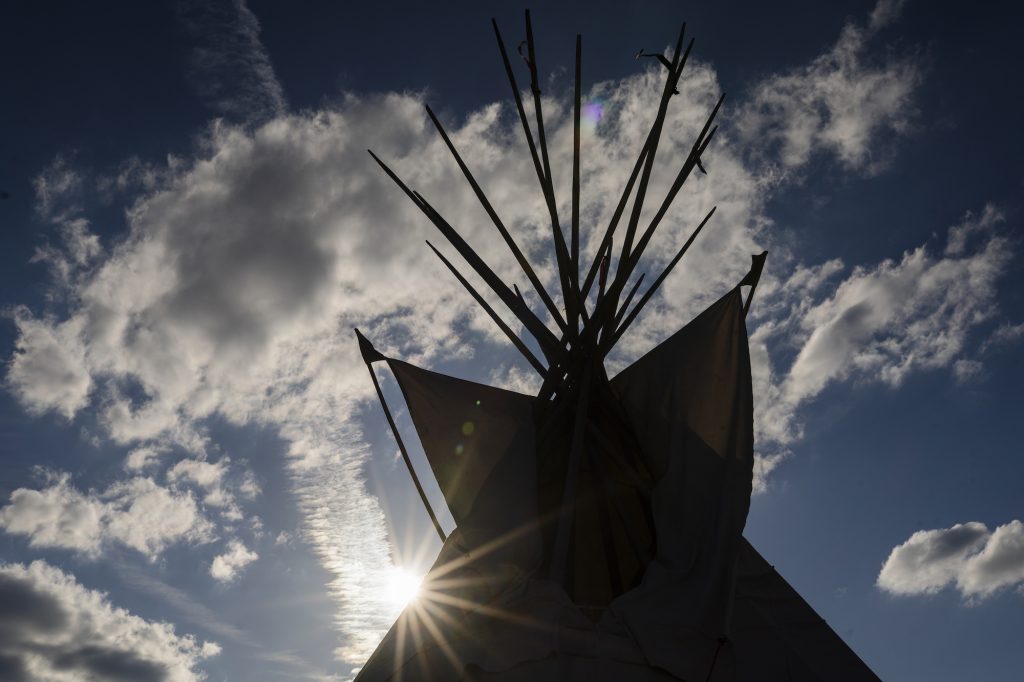 The tepee has “been like a beacon for people to let them know that there’s still Native people here especially in Albany Park,” Tamez said. The process of acquiring the vacant lot for leasing and setting up the garden took almost three years, Pochel said. “The idea behind like having to lease our own land is frustrating, but, like, we can like get over those things and try to focus on healing the soil, educating people about Native folks and our cultures and our lands and how many nations are from this this place right here.” 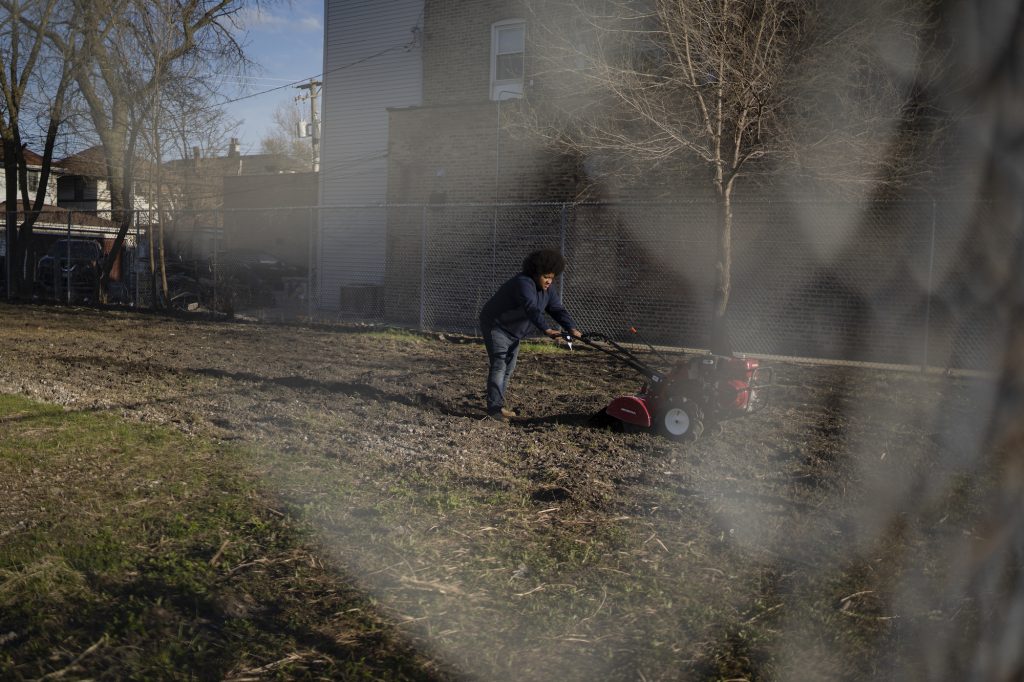 Anthony Tamez mows the grass. In the coming months, the group is planning to finish building a wigwam and a sweat lodge. They will also plant medicinal herbs in the garden. 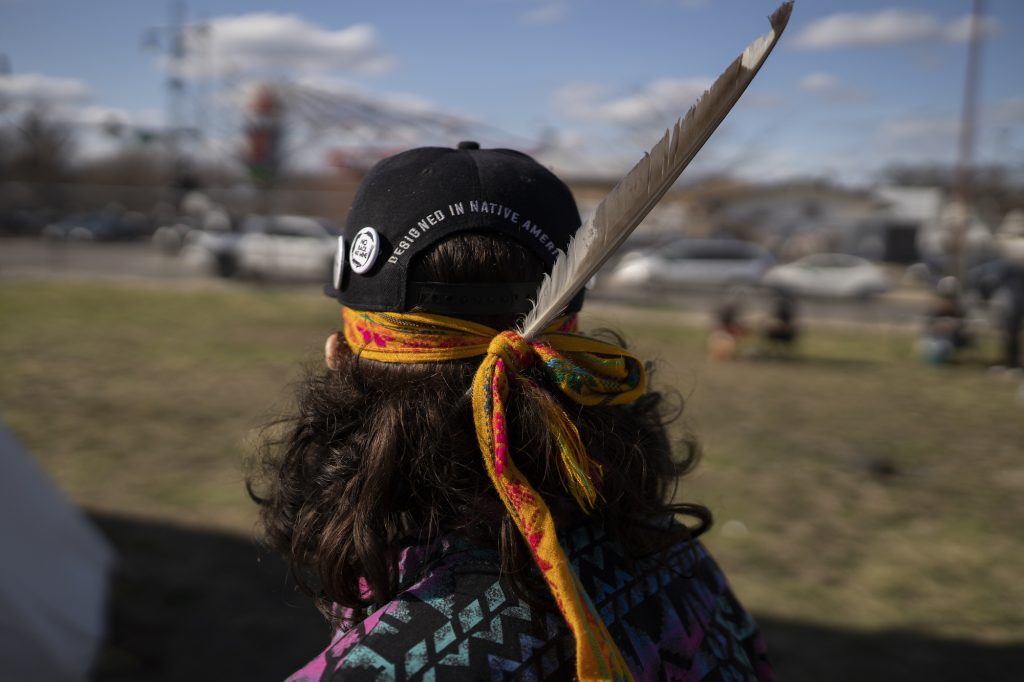 “This garden, to me, is like a bridge. It’s a bridge for all Native people to come together, to meet in one place, to enjoy the land and, you know, repatriate it—rematriate it, rather,” said Huitzi, who attended the opening of the First Nations Garden. “This is just a haven, a safe place for Natives of two spirit, trans Natives, Black indigenous Natives.” 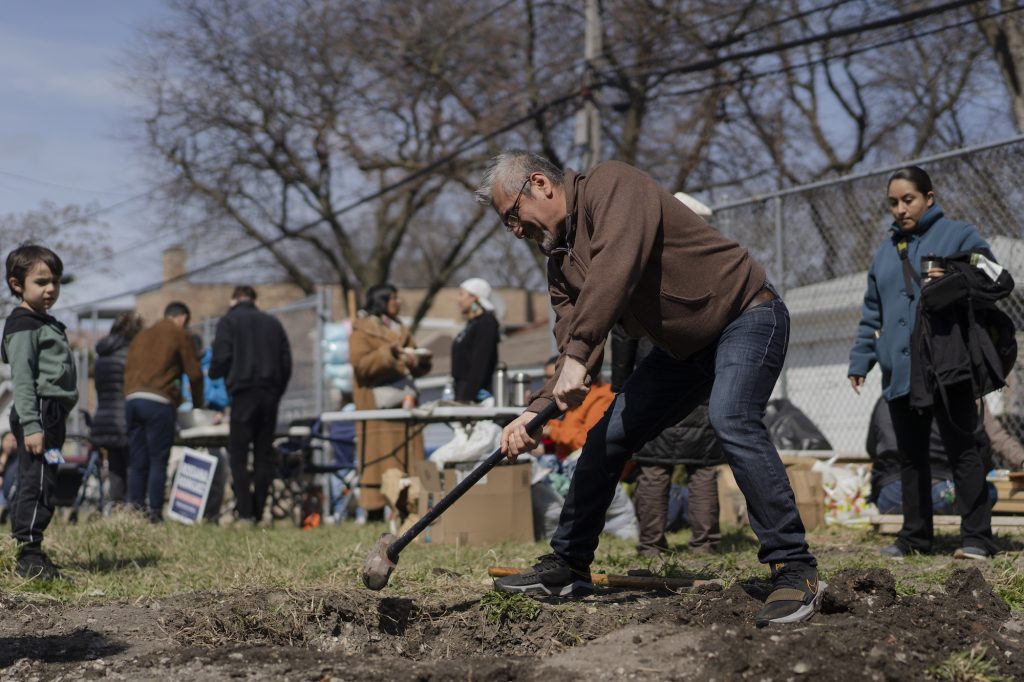 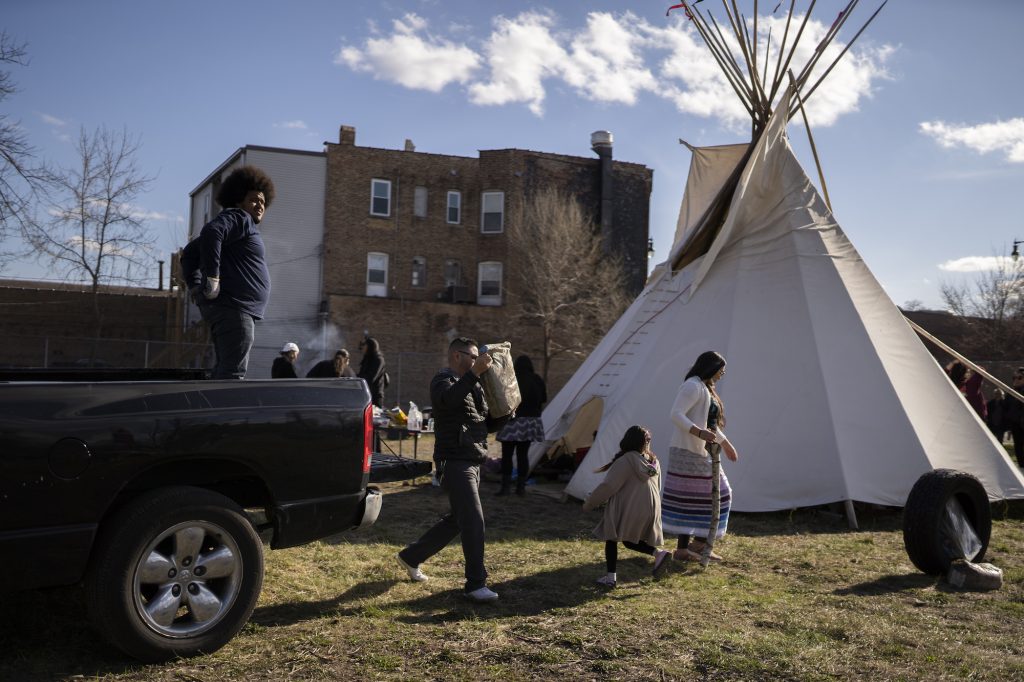 The Chi-Nations Youth Council will continue to clean up the garden and plant seeds throughout the spring. “While this is a space for Native people to use, to heal our traumas, you know, this is a space so we can outreach to the greater Chicago community. Because it’s important that they know what, you know, the land that they’re living on and who are the people that were originally here,” Tamez said. 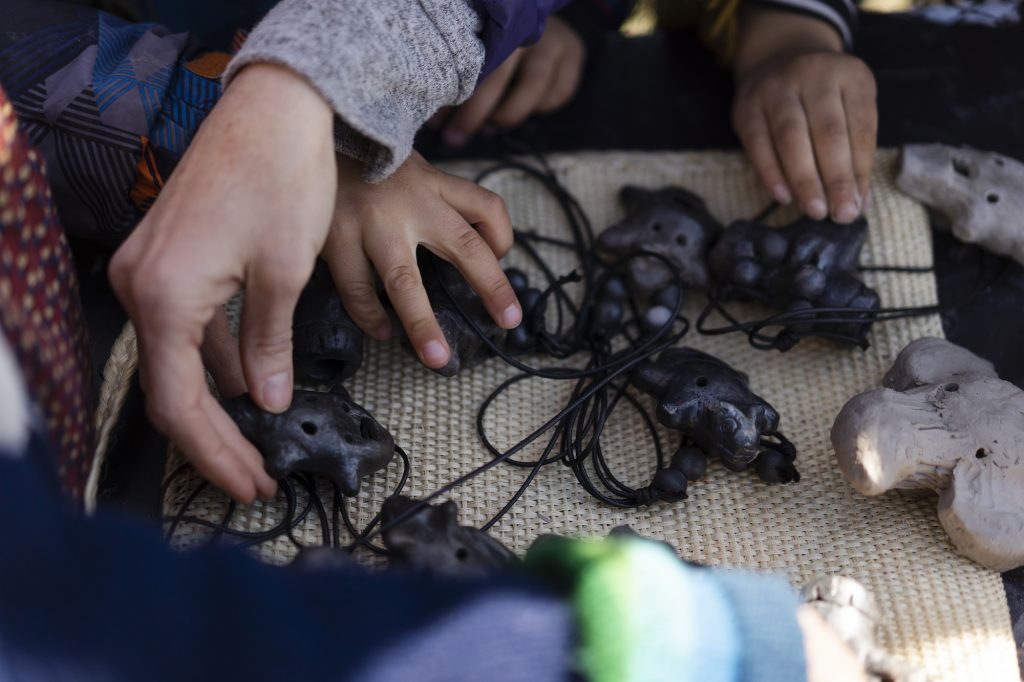 Children play with ocarinas that were handmade at the garden. The garden provides a space for people to learn about different cultures. 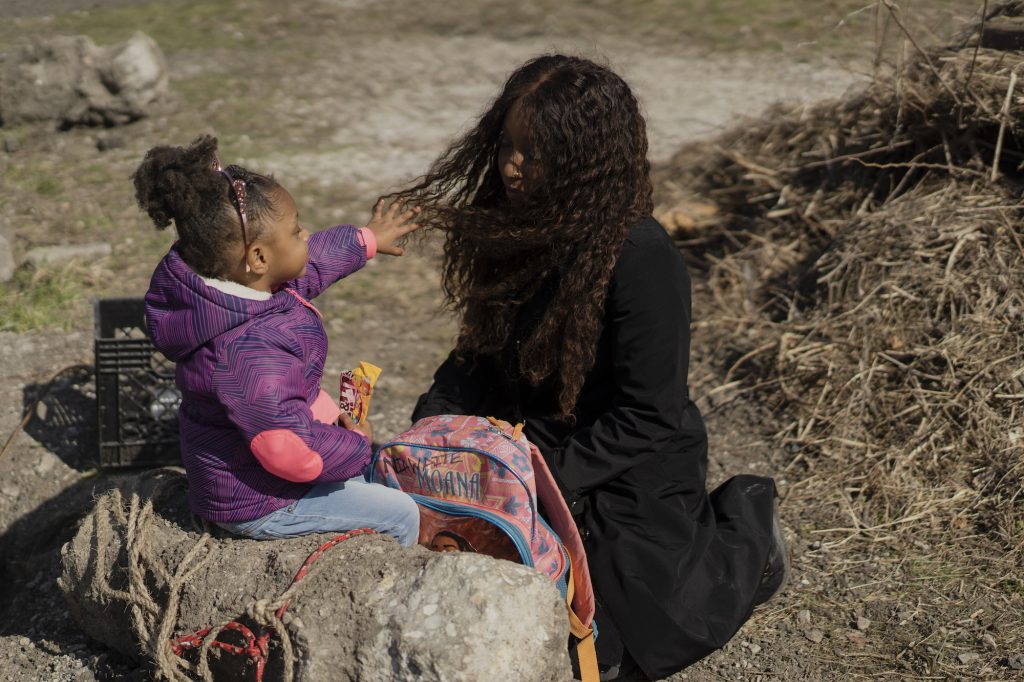 Nia White, daughter of Marquisha Taylor, plays with Taylor’s hair. Taylor brought her daughter to the garden after reading about the opening event on Facebook. “For me as a mother, stuff like this is really important for me to see her connect with other cultures and also just to have her around it, so that she has an understanding and a lot a lot of people don’t do that with their children,” Taylor said. “I feel like it’s something necessary living in a society like this, and many societies around the world now.” 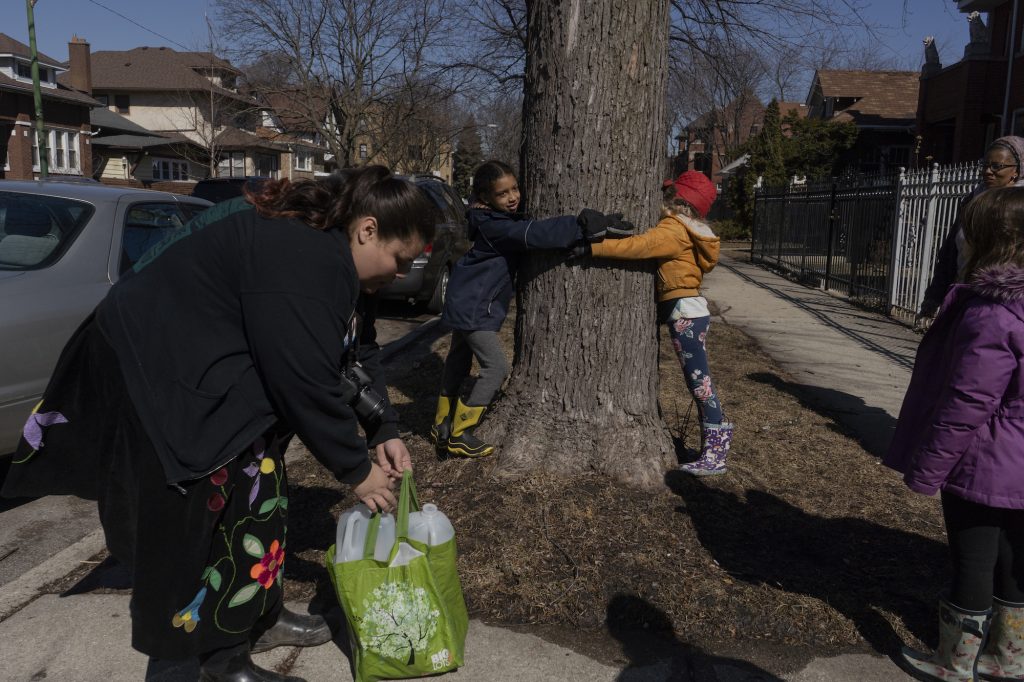 Kids hug a tree at a maple tapping event led by Janie Pochel. Pochel taught them how to ask permission and show love to nature, which she said is an integral part of her culture, before tapping the trees. 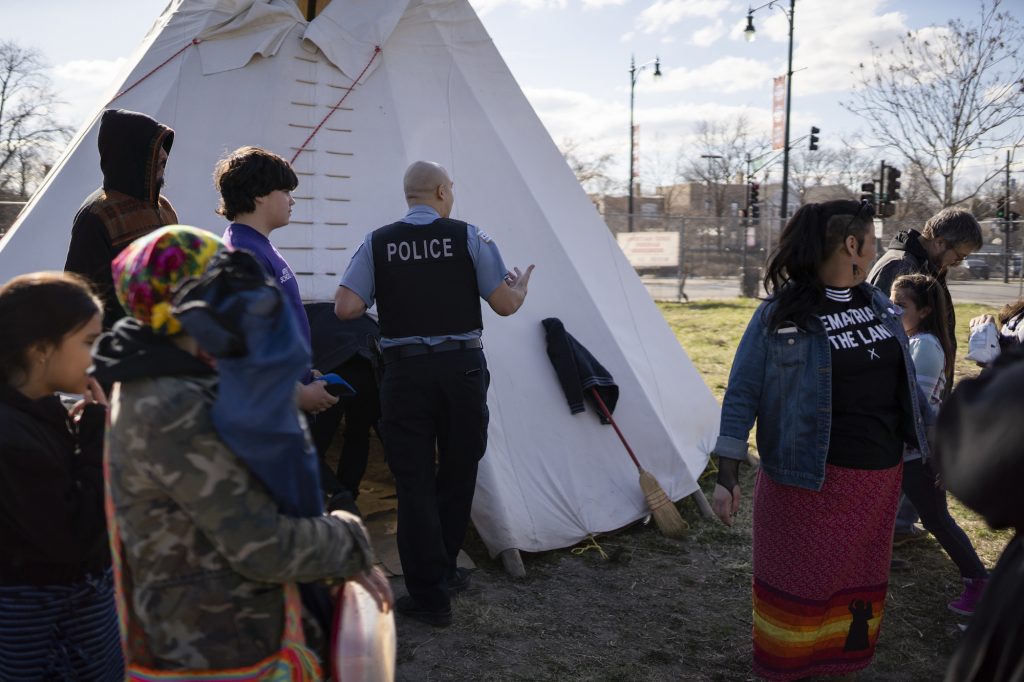 A police officer asks for a tour of the tepee after driving by and seeing the community picnic at the First Nations Garden, which sits just a few blocks away from a police station. 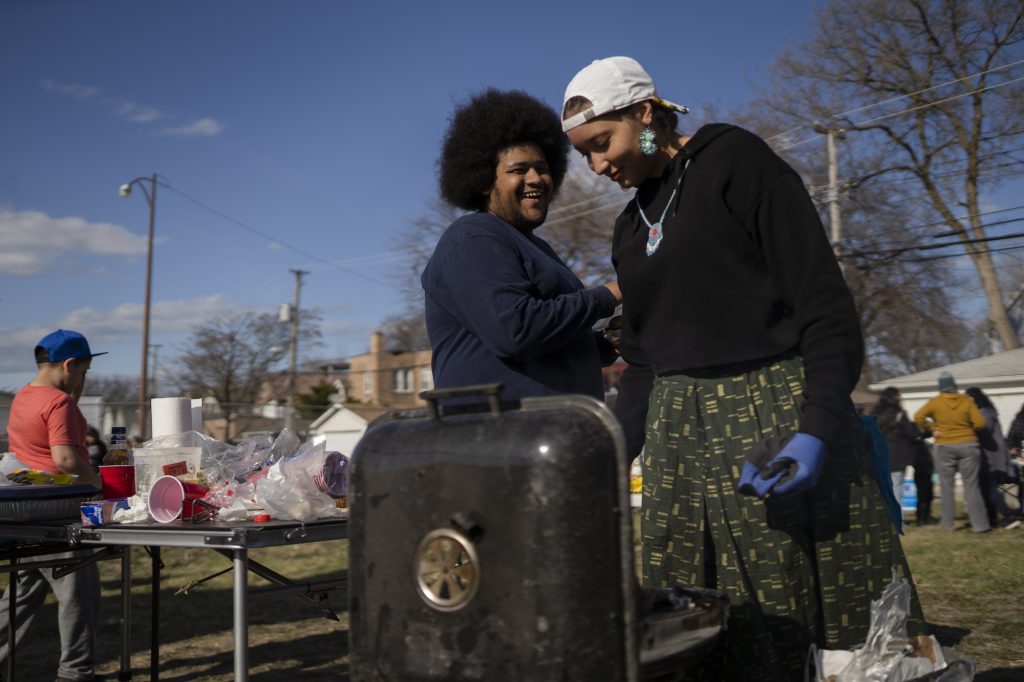 Tamez and Naomi Harvey-Turner, former co-president of the Chi Nations Youth Council, chat while cooking burgers. For Harvey-Turner, who is Oglala and Sicangu Lakota, the First Nations Garden is a space where Native people can learn from their elders, and a safe place where they can “just be themselves, because they’re going to be facing a lot of traumas out in the world.” 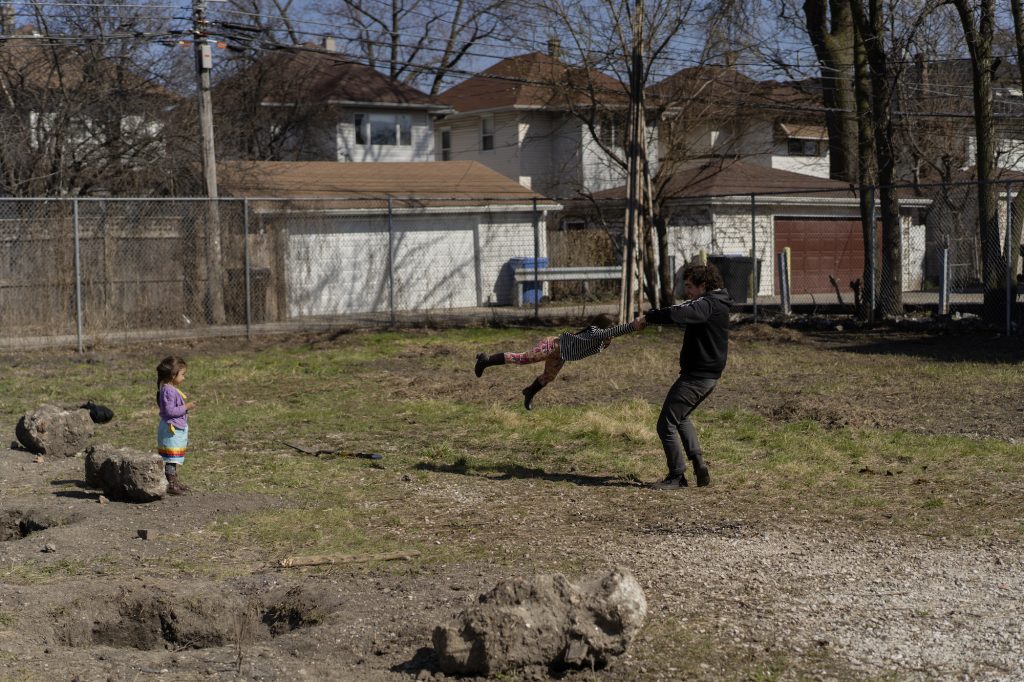 Children play at the First Nations Garden during its launch celebration on April 13, 2019. “For me, it’s just, like, it’s giving us the ability to actually plant roots on our ancestral territory, to be able to grow our own medicine and not have to run all over the city or outside the city to be able to find those things, and be able to practice our culture without having to leave too far,” Janie Pochel said. “And just, like, really remembering who we are and where we come from…just because it’s a city doesn’t mean that it’s not our home anymore.” ■

Pat Nabong is a Chicago-based visual journalist who is dedicated to challenging stereotypes and bridging gaps through visual storytelling. Through photos and videos, she explores the intersections of culture, identity and social justice issues. She is currently a Gwen Ifill Fellow with the International Women’s Media Foundation. Her work has appeared online at Chicago Magazine, Chicago Reader, Narratively, and Rappler, among others. She completed fellowships with City Bureau, The Medill Justice Project, and the Pulitzer Center. She has received awards including a Harrington Award for Videography and a Crystal Pillar from the National Academy of Television Arts and Sciences – Chicago/Midwest Chapter. She was a finalist for the 2017 and 2018 Peter Lisagor Award for Best Photography, Amnesty International’s Media Award for student journalism, and a nominee for the Joop Swart Masterclass. She earned a master’s degree in journalism at Northwestern University and is a member of Authority Collective.