The Gay Games Without A Car: What I Saw When I Returned to Cleveland


I thought I knew Cleveland.  Then I stayed downtown for a week. Without a car.

Let me back up. I left Cleveland in 1989 for school and life elsewhere. But I return often. I visit my mom, always making sure to pick up a bag of Becker’s maple-glazed, cream-filled donuts before I leave. I take a week off work every year to watch movies at the film festival. I’ve never missed a Cleveland Christmas.

There are Cleveland cheerleaders, and then there’s me. When I’m not posting about the downtown housing boom or how good Mitchell’s vegan chocolate ice cream is, I spend my social media life defending Cleveland from the lazy reporters and coastal snobs who have never been to Cleveland but know it’s a terrible city because Mistake by the Lake and Wikipedia.

Every time I come home I stay in my childhood bedroom, with its dusty library of Smiths and Duran Duran vinyl. I drive everywhere, in either my mom’s car or a rental. I’ve never had to stay anywhere else, and the idea of using public transportation is — as for many Clevelanders able to afford a car and gas — as absurd as a Cleveland Brown spit shining his Super Bowl ring.

But last month I saw Cleveland differently. My partner and I brought a group of friends from New York, where I live, to Cleveland for the Gay Games. We stayed at downtown hotels, where we watched the city turn a shade of gay my closeted teenage New Wave self never would have imagined.  Men holding hands on Euclid Avenue? An impromptu conversation between strangers on the Detroit Avenue bus about how well San Francisco’s teams were doing in the competitions? The mayor taking photos with drag queens and guys in wet Speedos? It happened. Nobody blinked. Mind blown. 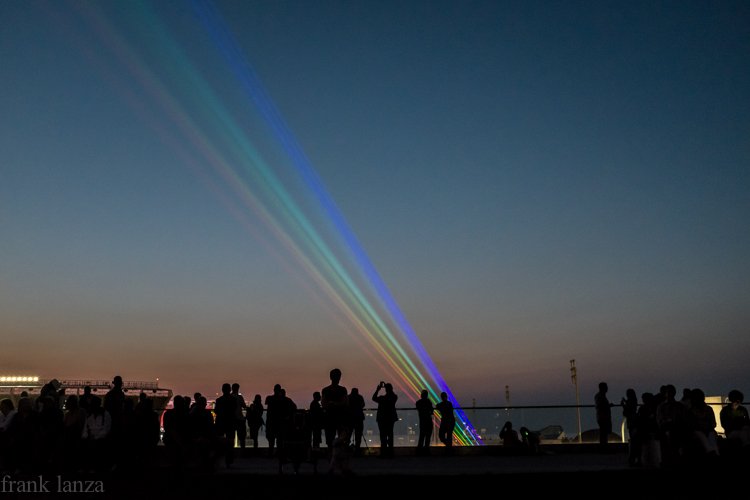 More than an epiphany of Cleveland as a modern, gay-friendly city, my car-less Gay Games week allowed me to experience a city richer in character than I knew. Seeing it by foot and RTA made that happen. As a Cleveland teenager in the 1980s, I was lucky to have parents who owned two vehicles that I could drive with my friends to see shows at the Phantasy or movies at the Cinematheque. I had enough privilege — we’re talking middle-class North Olmsted privilege, not gilded Pepper Pike privilege, mind you — that I didn’t need to take public transportation. Worried about riff raff, my parents warned me never to take a bus, anywhere. I listened.

But then I moved away, to bigger cities: New York, Chicago, Washington. I learned to love public transportation, with its breathtakingly eccentric mix of humanity force-fed down riders’ throats. I’ve seen subway cars turned into dance parties (Chicago) and vomitoriums (New York, twice). I’ve been flirted with (Chicago) and flashed (Washington).  Despite that one night at a red light in Lakewood, I didn’t get any of that at the wheel of my Geo Metro doing 70 on 90 in ’88. 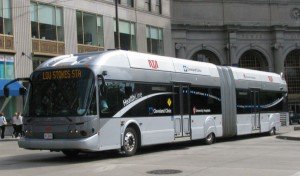 For the Games, my partner and I got a week-long RTA pass and used the Healthline and the Rapid. We’re used to meeting people on the subway in New York. But in car-culture Cleveland? On the Rapid we met Gay Games competitors who told us with a smile how surprised they were at Cleveland’s architecture and vibrant food scene. If we’d had a car we never would have meet a young woman and her young son taking the Healthline on their way to volunteering at a Gay Games swimming event.

The real discovery was on foot. Walking through the city, seeing surprise after surprise from Midtown to Ohio City, I fell in love with Cleveland anew, and hard. The gorgeous townhomes along the winding roads where the hulking bridges of the Flats kiss the neighborly streets of Ohio City, near Hoopples bar at Columbus and Franklin, were a revelation of industrial chic. On placards I learned about Ohio City’s many Arms, the brick-and-mortar-kind. A trek from Cleveland State to Asiatown was rewarded with incredible salt-and-pepper tofu at Szechuan Gourmet on East 36th Street.

Could we have taken a cab or Uber to these places? Sure, and sometimes we did.  (I wouldn’t suggest walking through Westlake, let alone the outskirts of downtown Cleveland, alone at 3 am.) I bristled when I heard an Australian visitor complain that Cleveland was a “ghost town” on Sunday afternoon. But he was right. There were times during the day when we or other lanyard-wearing Gay Games attendees were the only people in sight on some streets. The outskirts were even more deserted. I don’t think we saw a single person during our 15-minute walk from a swimming competition at Cleveland State University to Szechuan Gourmet. But I’m glad we walked. Looking back, not seeing Cleveland up close would have been a mistake. 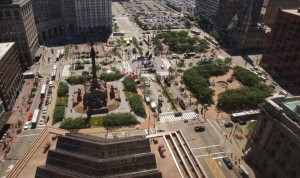 Not everything I saw made me swoon. The makeover of Public Square can’t happen fast enough. I kept thinking about the “If you build it, they will come” line from Field of Dreams each time I walked past the Soldiers and Sailors Monument. If your main central square is sad, cracked, dilapidated and cold, you will attract sad, cracked, dilapidated and cold people. Just as lipstick won’t pretty a pig, a farmer’s market — even with some first-rate vegan soup and almond milk — just isn’t enough to spruce up a square that looks like a Soviet Union playground. It made me sad to see the square so lifeless during the otherwise buoyant Gay Games week. This has to change. Don’t wait for the 2016 RNC.

Blame my gay gene when I say that there was a lot of design I saw that made me cringe. In too many places it looked like the worst of the 80s were back and the 90s never left.

And don’t get me started on restaurants with theme park aspirations. I so want to give a makeunder to Cibreo, the Italian restaurant in Playhouse Square that looks like an Epcot Olive Garden. Cleveland is not Tuscany (or, as other restaurants seem to think, New Orleans, Nashville or Berlin). But it is a post-industrial city, and that’s what’s on the design vanguard these days.  Restaurants, coffee shops, hotels, apartment developers and retailers should consider that in their design.  Think exposed brick, concrete floors, muscular artwork and furnishings made of recycled materials. Designers like A Piece of Cleveland, Reclaimed Cleveland, Play-Haus, and Rust Belt Reclamation know how to maintain the integrity of an industrial space with bold design that’s fresh and modern, not tacky or dowdy. 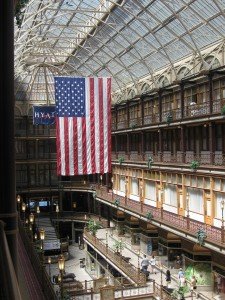 The pervasiveness of blaring TVs screaming about the Indians is absurd. ESPN on a TV at Crop Bistro diminished the specialness of one of the most stunning interiors in town and turned it into a quasi-sports bar. The shops at The Arcade are well-meaning but gloomy stands that had almost no customers, or even passersby, during the week we stayed at the Hyatt. I’d rather see The Arcade turned into an urban food court like New York’s Gotham West Market or DC’s Union Market. 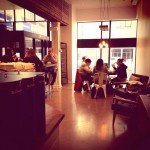 The dreaded “hipster” has a negative connotation in New York, with its suggestion of entitlement, twee living and self-absorption. But Cleveland needs to be more hipster. Think Portland and Minneapolis, not Vegas or Dallas. If any Cleveland businesses need help figuring out how to design their space in a modern, fresh way, I suggest getting in touch with the organizers of the Weapons of Mass Creation festival. They know from good design. 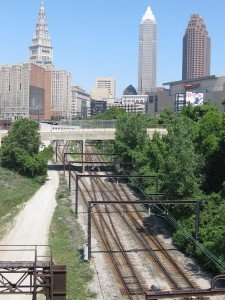 I also hope the city’s tourism decision-makers capitalize on the success of the Gay Games by doing even more outreach to the LGBT community.  The huge welcome the city gave to gay people (and their straight allies) should be year-round. Use the games as a selling point in crafting vacation packages that encourage gay people to come to Cleveland for its abundant architectural beauty, buzzy restaurants, dynamic art scene and cheap airfare and lodging. I was at a movie screening in New York last month that was hosted by All Access Baltimore, an LGBT tourism web site that offered audience members a chance to win one of several vacation packages in Baltimore. The prizes are tailored to the gay community, but include mostly non-gay events like tickets to an Orioles game and museum passes. When the promotion was announced to the audience, the word “Baltimore” got lots of laughs, but that’s just New York hauteur. Did I enter? You bet. There’s no reason Cleveland can’t promote itself the same way.

My experience as a tourist in my own hometown probably sounds silly to Clevelanders who walk or ride the RTA every day to get to work. But as downtown becomes more and more a place that people call home, I think it’s important for locals and lovers from afar to experience their new city the way cities are meant to be discovered: with the car keys back home.

Erik Piepenburg is a senior editor at NYTimes.com. The opinions expressed here are his own.