Dyson, Ohio, the central character in Patrick Wensink’s new comic novel, Fake Fruit Factory, is a little town in big trouble. It has a $10 million budget gap to close after years of industrial collapse and civic lassitude. The factory of the title is hanging on, but the wine and coffee shop the mayor launched to revive downtown sits empty; past efforts to pitch itself as a “Christmas City” tourist trap have failed; current efforts to have the citizenry brainstorm “Destination: Dyson” ideas prompt eye rolls. Its highest-profile recent visitor is a producer from the TV show America’s Boringest City. Yet even that title will be elusive: A dying satellite is on a path to decimate the town in a matter of days. Dyson, in a word, sucks. 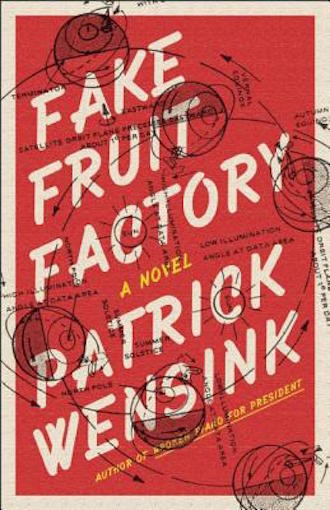 The point of Wensink’s satire is unmistakable: Dyson is a stand-in for every hard-luck Rust Belt burg of the past three or four decades, and the novel freely takes whacks at the idea that old-fashioned civic gumption might save it. (The richest person in town has the most workable scheme to improve the town’s fortunes: a casino.) As the National Guard arrives to monitor the imminent destruction, the omniscient narrator considers whether being wiped off the map wouldn’t be such a bad thing: “Soldiers have two more days to wander the streets and ask themselves, ‘What do people in a town like this do for fun? Why do small towns even exist when you could move somewhere good?’”

Fake Fruit Factory is unique as an over-the-top comic novel about Midwestern folkways. But in some ways it’s part of a broader recent tradition in contemporary Midwestern novels that see money a persistent source of civic anxiety. Civic as opposed to individual anxiety, that is; the stability of the place and not just a protagonist is what’s in question. Money troubles strike the coasts in fiction, of course, but there the story is often about personal ambition in the face of immovable castes, be they Hollywood or high finance. That’s been true since Edith Wharton, Henry James, and F. Scott Fitzgerald, but it’s also true in more recent fiction (Adam Haslett’s Union Atlantic, Martha McPhee’s Dear Money, and Sophie McManus’s The Unfortunates, to pick a few notable examples). All the lead characters in The Great Gatsby hail from the Midwest or the plains states, as if they had to skedaddle to East Egg to be strivers. But inland, now, the stress is more communal and Dyson-esque, fraught with concern about “how the weather worked, how the rain was made, and how the rain was paid for,” as Ward Just puts it in his 2004 Chicago novel, An Unfinished Season.

Just’s novel is set in the 50s and turns on how Teddy, the son of a wealthy print-factory owner, becomes increasingly alert to the limitations of North Shore tribe he belongs to. Teddy isn’t trying to get ahead so much as find a perch from which he can better understand the city: He attends the University of Chicago, which his father disdains as “the hotbed of American socialism,” goes to jazz clubs his cohort fears to tread, and, most meaningfully, takes a job at a newspaper, where his reporting on crime and race grates against the bluebloods. But his editors, knowing his background, don’t want him in their tribe either. “You better go back to Lake Forest, or wherever you come from,” a city editor tells him. “Help that daddy of yours break the union.”

An Unfinished Season is a fine coming-of-age story — Teddy, the narrator, is modeled on Just, who grew up in Winnetka and began his career as a journalist. But it’s especially keen at showing the fluidity of status in Chicago, the way fortunes rise and fall thanks to changes in politics, race relations, and the media’s fits of pique. Just’s Chicago is a place of shifting sands from the beginning. The novel opens with a brick thrown through Teddy’s home in the fictitious North Shore town of Quarterday, lobbed by a protester of dad’s union-busting. Yet just before that, we see his father heading out for a morning skate wearing a ski mask, as if he were the criminal and robber. Teddy is framed not as a striver but an unstable element, a boy with no place to occupy. Journalism isn’t a perch but another reminder of the world’s complexity: “I wanted to observe the down-and-out … to see how their lives were lived actually, the terms of the deal and who was shuffling the cards,” he explains. “Yet I discovered soon enough that you necessarily observed from the outside and the glass was opaque.”

An Unfinished Season is told from a young man’s point of view, but remembered from the distance of years; Just’s nostalgic tone implies decades of consideration. Something similar happens in William McPherson’s 1984 debut novel, Testing the Current, but here the young man is a child, just eight for most of the book, and the action is more immediate and reactive. Tommy is the son of a wealthy factory owner in northern Michigan during the Depression, and he, too, is getting clued into the peculiarities of his upbringing. He learns about the subjective social mores and fears surrounding his family because he’s so entertainingly inept at behaving like he’s supposed to. A black-sheep relative with a heroin addiction is fun and fascinating (“A real dope fiend, living right next door!”), the man his mother pursues an affair with is quirky and baffling (when the man gives him a mask as a gift, a flinty relative quips, “Take some advice from old Maxine. Wear it.”), having less wealthy friends over to play is a minefield (“Nice people didn’t talk about money because it might embarrass people who didn’t have as much and hurt their feelings”). 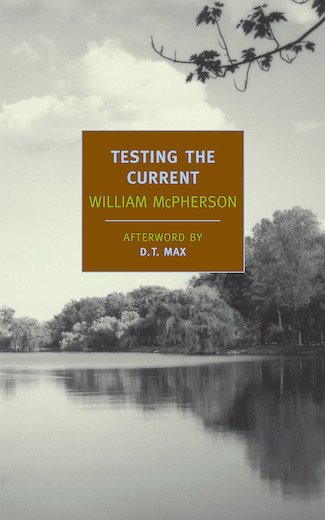 Testing the Current reads like Dreiser turned inside out; instead of exploring industrialists from the perspective of the leaders and their boardrooms, the point-of-view is ground-level, exposing the cheap scaffolding holding the upper classes erect. That idea is evoked more strongly in Richard Powers’ 1998 novel Gain, which depicts how a Boston conglomerate called Clare arrived in the central Illinois town of Lacewood and proceeded to both support and corrode it. “The company cuts every other check, writes the headlines, sings the school fight song,” Powers writes. “It plays the organ at every wedding and packs rice that rains down on the departing honeymooners. It staffs the hospital and funds the ultrasound sweep of uterine seas where Lacewood’s next of kin lie gray and ghostly, asleep in the deep.” That phrase hints at the plot, which turns on how one woman’s cancer is likely tied to Clare’s presence in town. The book is largely her story, but she represents a whole community left to wonder what’s seeped into their groundwater.

Perhaps the fullest and most striking rendering of money anxiety and the Midwest, though, is Jane Smiley’s 1991 novel A Thousand Acres, which transposes the plot of King Lear onto a Iowa farm in the late 1970s. Ginny, the narrator, is one of three daughters of the farm owner, Larry, whose attempt to distribute ownership of the farm to them prompts a series of cataclysms — overleveraging, spats, affairs, accidents, blindings, resurfaced repressed memories (it’s a very early-90s novel in many ways), and dad’s growing madness. All this, because of an ownership transfer. Ginny’s family and friends engage in an ongoing (and nakedly symbolic) game of Monopoly that ends when one sister flips a table. “Unrestrained capitalism always ends in war,” a neighbor quips. 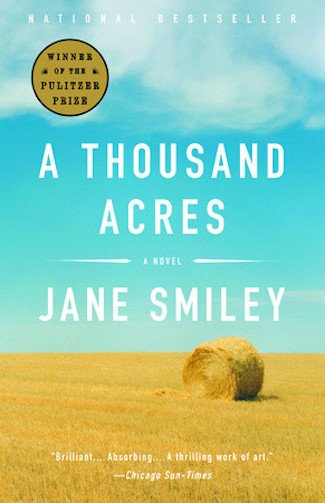 A Thousand Acres won the Pulitzer and National Book Critics Circle prizes for fiction, thanks no doubt to Smiley’s sharpness as an observer and the audacity of her Shakespeare-in-the-cornfield structure. But I suspect its critical success also had something to do with the way it played into critics’ conception of Midwest: homespun, defined by modesty and a healthy fear of the engines of wealth that function much more unselfconsciously at opposite ends of Interstate 80. Reviewing the book for the New York Times, Ron Carlson noted how the surrounding characters played the role of a Greek chorus, and that moreover, “there is something fundamentally Midwestern about a chorus, about all that caution.”

Testing the Current came out in 1984; A Thousand Acres, 1991; Gain, 1998; An Unfinished Season, 2004; Fake Fruit Factory, this month. It may be that we’ve spent so long with novels that present money as a threat that it’s easy to forget that in older Midwest-set fiction, the perceived crisis wasn’t money-driven status anxiety but money-driven conformity: Industrialization and rapid expansion had spawned the growth of institutions that novelists exposed as hypocritical and fatuous if not actively evil. Think of Upton Sinclair’s The Jungle (1906) or Sinclair Lewis’ assaults on Midwestern small towns in Main Street (1920) and cities in Babbitt (1922).

When Lewis received the Nobel Prize in 1930, he was praised because “he asks us to consider that this nation is not yet finished or melted down; that it is still in the turbulent years of adolescence.” Now, for fiction writers, we’re in a Midwest that’s in the midst of a meltdown — the money’s spent, the youth’s wasted, everybody’s on shaky ground. (Just’s and McPherson’s novels would have had a very different perspective if they were written in the times when they were set.) “Change has to look like a Vegas show for people to start turning their ship a few degrees,” says one character in Fake Fruit Factory, speaking to the desperation that’s consumed Dyson. Pity the place that has to go for glitz to make a buck. But around these parts, any financial engine has long been suspect for years now.

___
Mark Athitakis has written on books for many publications. He lives in Phoenix but grew up in Chicago. His Reading the Midwest column appears monthly in Belt.