Coming this Fall: The Akron Anthology 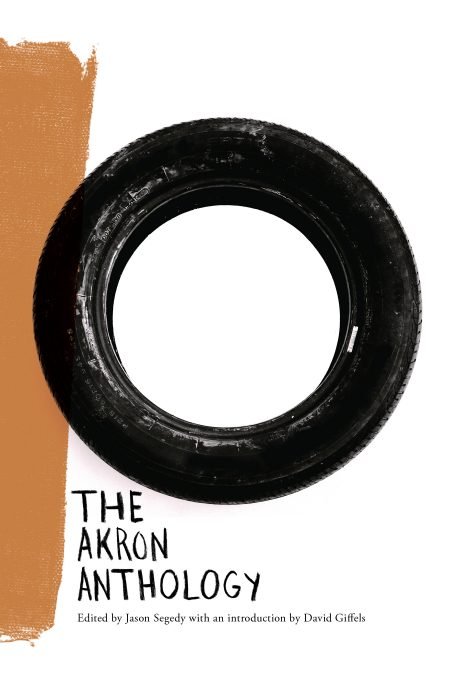 Between 1910 and 1920, Akron, Ohio, was the fastest growing city in the United States, tripling in size and exploding from a population of 69,000 to 208,000. Its period of rapid growth coincided with the expansion of the rubber and tire industry, which, in turn, corresponded with that of the automobile industry. But since the mid-1970s, industry has abandoned Akron, and the city has lost 31% of its population. Once-opulent neighborhoods are now swaths of abandoned homes; the factories that made Akron the Rubber Capital of the World lie dormant. What happened? What next? The Akron Anthology aims to find out.

Edited by Jason Segedy, with an introduction by David Giffels, The Akron Anthology features contributions from Drew Poulsen, Rita Dove, Denise Grollmus, State Rep. Emilia Sykes, and many others.

The Akron Anthology publishes in September, 2016, but you can pre-order your copy today — and keep your eyes peeled for excerpts in the coming months here on Belt!

Here on the Ground: An Introduction
David Giffels

“When Are You Coming Home?”
Pat Jarrett

A Tavern in the Shire
L.S. Quinn

The Ghosts I Run With
Matt Tullis

For New Refugees, Akron is More Than a Place, It’s a Home
Maria Mancinelli

Cool But Not Too Cool: The Allure of Akron
Roza Maille

Foreclosures and Vampire Devils: A Guide to Buying a Home in Akron
Chris Drabick