In The Cracks Between: A Faith-Based Start-Up In Cleveland

On a cold, clear Sunday in late March, I buttoned my wool coat.  “This kind of thing terrifies me,” I turned to tell my spouse. “But I am doing it anyway.”

Then I went out my door and walked toward the houses of five neighboring families. I had to skip a few because at least four of them sat uninhabited – and ours is not a long street. 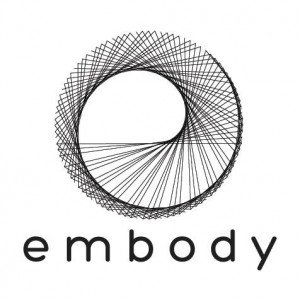 I knocked, and after they answered, told them this: “We’re having people over for soup at our house Wednesday. Would you come? It’s been a long cold winter, and I’m tired of waiting for weather warm enough to cookout. After we eat, we’ll pack some personal care kits for disaster relief. We’re calling it Soup & Service. If that’s not your thing, no worries. We’d still love for you to come to share soup.”

Three days later, 10 adults and 10 kids filled our living room. Four of the five neighbors I invited showed up. We ate four tasty soups, traded stories of our street, sang a song, packed 26 personal care kits for disaster relief, and left not a crumb of cornbread for later.

[blocktext align=”left”]I tell people I work in “spiritual R&D.”[/blocktext]It was a triumph for my start-up faith community, Embody: A Community of Faith. I am the Gathering Pastor of this small business. When asked what that means, I tell people I work in “spiritual R&D.” Under the legal umbrella of the United Church of Christ, I am essentially a non-profit entrepreneur.

Starting a new religious community in the Rust Belt in 2014 isn’t easy. There are fewer people here every day: Cleveland’s population dropped 3.9% since 2000, Forbes tells us. The many who left helped further empty the beautiful 19th- and early 20th-century cathedrals and churches that pepper the city and inner ring suburbs. Cultural shifts in faith and religion leave outside church walls growing numbers of even those residents who remain. But my start-up has a chance, because there is a growing hunger for spiritual communities like mine, and there is a culture here in the Rust Belt to show up and make something beautiful – or helpful, which is so often the same thing – when someone knocks on the door to ask, “Would you come?”

Embody takes some cues from other unconventional Rust Belt faith communities that are now blossoming in cracks between the sandstone steeples.

One, Hot Metal Bridge Faith Community in Pittsburgh, started meeting for worship in 2004 in the cafeteria of Goodwill Industries. For a short period, homeless after having outgrown the cafeteria, they spread a temporary communion table and sang with guitars under one of Pittsburgh’s famous bridges. They embodied their faith in marginal spaces among people left behind by others. They invited people of spirit and faith to creatively cooperate rather than isolate and compete. They would say – and I would say – this is what Jesus would do. As their community grew, so did the neighborhood under that bridge on Pittsburgh’s South Side. Today it looks nothing like it did in 2004, thanks to redevelopment and conversion of former mill-land into hip, urban multi-use space. So today, they meet in a former bar now converted into sacred space. They share meals at which homeless friends and fixed-income neighboring seniors feel just as welcome as business people populating the new condos a few blocks away. 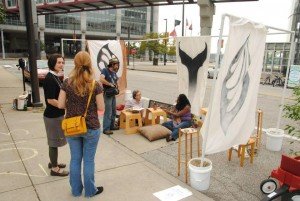 Up the turnpike, my own faith community is choosing similarly to invest its energy not in real estate but in embodying love, with skin on, outside established religious structures. We find we meet God most often when we look outside ourselves, among ourselves and beyond ourselves. In our first year, that conviction led us to try everything from offering free blessings on the sidewalk at a non-sectarian pop-up Soul Park for Park(ing) Day Cleveland to sponsoring a non-religious drum circle for creative expression and healing at a local elementary school to eating and playing charades with families in housing transition at Family Promise of Greater Cleveland. It’s an experiment. We’re still a start-up, barely 18 months old.

I’ve learned a little terror comes with being the kind of person who keeps pushing toward a vision others cannot yet see. That’s as true for spiritual entrepreneurs as any others. We know our visions have a 1-in-10 chance of materializing. As a member of The Open Office, a now-closed workspace sharing enterprise housed in an empty school in my own district, I found being with others in the same situation tamed the terror. We’d toss our doubts and questions and inspirations to one another.

Does this web site look amateur?
Have you seen the Tackk board? It’s perfect for that kind of project.
How much should I charge this client so I look reasonable, but not desperate for the work?

[blocktext align=”right”]And perhaps this is our Rust Belt edge…[/blocktext] And perhaps this is our Rust Belt edge: we know in our bones how a cut-throat pursuit of profit leaves jagged holes in our neighborhoods. We walk past the overgrown, foreclosed homes on our blocks. We drive by the abandoned churches of previous generations, and the factory-sized fields of open space next to them, yawning along the corridors between inner ring suburbs and downtown.

A foreclosed or otherwise emptied house creates distance on a block that reaches beyond economics. We need to get closer to one another geographically and personally. We need to share. That’s as much an economic and ecological opinion as it is an assessment of our spiritual condition.

In the compassionate chaos of March’s Soup & Service, I stopped at one point to gaze slack-jawed at the scene: Couples with no kids and single parents, gay and straight and who-knows-and-it-doesn’t-matter, black and white, from our block and further afield, hyper-active two-year-olds and an already blasé tween. It was a picture of the dream we had for Embody. And there it really was, in Cleveland. We built something that wasn’t here before. We built a community of faith in the cracks between.

Christina G. Kukuk is a Cleveland-based writer and pastor in the United Church of Christ.
Photos: John Bryson