The requests appear on 412 Food Rescue’s social media pages: A batch of surplus bread at a bakery in Squirrel Hill needs to go to a nearby elementary school. A pepper pickup is needed in Warrendale. A few hundred boxes of coffee from Giant Eagle need to be brought to various places around Allegheny County.

Two Pittsburgh women came up with this novel way to connect hungry people with all the perfectly edible leftover food that restaurants and grocers can’t or won’t sell. 412 Food Rescue uses an army of hundreds of volunteers to “rescue” food that would be otherwise bound for landfills. Co-founders Leah Lizarondo and Gisele Fetterman were motivated in part by the poverty they experienced as children in third world countries. Lizarondo is from the Philippines; Fetterman is from Brazil.

“We both moved to this country where there is a surplus of everything but there’s still hunger and poverty,” says Lizarondo. “It’s kind of a strange thing to see.”

Grocery stores and restaurants regularly dispose of extra food they can’t sell for a variety of reasons. The food being recovered runs the gamut, but none of it is unfit for consumption, Lizarondo says, and there are a lot of reasons why a retailer may not be able to sell it. Sometimes it’s a vegetable with some surface scarring, sometimes its a typo on the packaging — a five-pound bag of potatoes labeled as eight pounds, for instance.

“They can’t afford to store it and they can’t sell it,” Lizarondo says. “And there’s no system for food pantries or homeless shelters to go pick it up.” 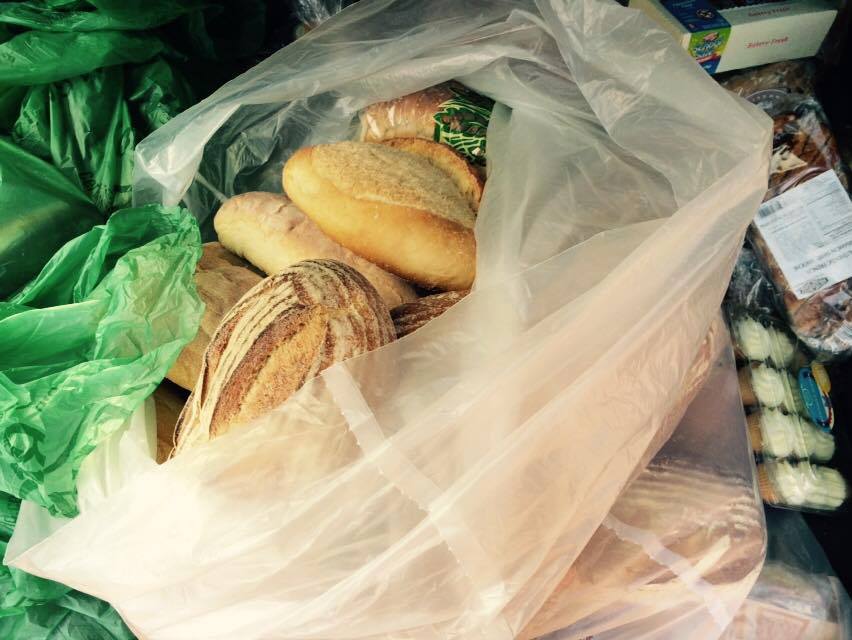 A batch of “rescued’ food picked up by a 412 Food Rescue volunteer.

That’s where 412 Food Rescue comes in. When a partner organization — they now work with 100 across Allegheny County — has a surplus, they contact 412 Food Rescue, which posts requests on Facebook and Twitter for a nearby volunteer. If someone’s available, they go pick up the item and bring it to one of the recipient organizations. Most pickups fit in a passenger car. While they partner with traditional agencies like soup kitchens and food pantries, 412 also partners with organizations like school districts and housing authorities in neighborhoods with high poverty rates.

And for those who want to volunteer but don’t own a car, 412’s new partnership with car-sharing company Zipcar will allow a free hour of driving time to complete a “rescue.”

In Allegheny County, there are 176,000 people who are food insecure, and 45,000 of those are children, Lizarondo says. Every month in the U.S. about twenty pounds of food per person goes to waste. And that’s unacceptable to Fetterman and Lizarondo.

A certified nutrition counselor, Lizarondo runs a blog called Brazen Kitchen, where she writes about the intersection of food and wellness. She came to the U.S. from the Philippines as a child, and has a master’s degree in public policy from Carnegie Mellon University. She trained at the Natural Gourmet Institute in New York City and has a certification in plant-based nutrition from Cornell University. She’s always been an adventurous eater, Lizarondo says, even as a child in the Philippines.

While working in New York City, she developed an autoimmune disorder that left her feeling sluggish. No one could figure out what it was, and she grew tired of taking medications, so she began experimenting with nutrition as a treatment for her symptoms. It was a revelation, she says.

[blocktext align=”right”]“We both moved to this country where there is a surplus of everything but there’s still hunger and poverty. “It’s kind of a strange thing to see.”[/blocktext]After deciding the grind of New York City was too much for her and her husband, they returned to Pittsburgh with their kids in 2006. Her goal with Brazen Kitchen is to show that eating healthy and vegan doesn’t have to be bland and boring.

Fetterman and her family fled violence in Rio de Janeiro when she was not quite nine years old. The family lived undocumented in New York City for a decade as her mother cleaned houses to put food on the table. “We came from nothing,” Fetterman says.

When she discovered bulk garbage collection day, where New Yorkers would leave furniture and other large items on the curb for disposal, it was the beginning of a mission for Fetterman.

“I saw people literally die of hunger, but people were throwing away perfectly good furniture just because it wasn’t new. My nine-year-old mind couldn’t make sense of that.” The family’s first apartment in NYC was furnished entirely from the curb, she adds.

Fetterman, who graduated from Columbia University’s Teachers College, settled in Newark where she taught nutrition education. It was while she was there that she read an article about Braddock, the town in western Pennsylvania that had supplied the steel for the Brooklyn Bridge, which she drove across on a regular basis.

“I kept thinking about this town and how it had been left to die,” Fetterman says. “It made me sad, but it made me want to do something to help.” 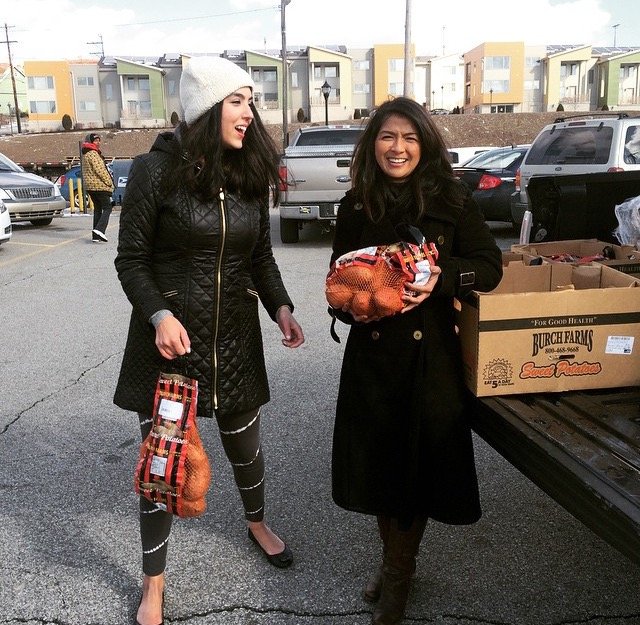 She sent a letter to the borough offering her services as a nutritionist, and was welcomed by the town’s mayor, John Fetterman. He would eventually become her husband.

Gisele was as determined as John to help revitalize Braddock, which has one of the highest poverty rates in Allegheny County. During a visit to Costco several years ago, she noticed a worker wheeling a pallet of bananas toward the back of the store and asked what he was doing.

It was that experience that motivated Fetterman to start the Free Store 15104, a repurposed shipping container that serves as a storefront for donated clothing, toys, and food. In many cases the donations are products retailers can’t or won’t sell — “Sometimes it’s a button that’s a tenth of an inch smaller than all the other buttons on a shirt,” Fetterman says — and as the store’s name implies, everything is free of charge. The only cost of running the store is its $26 electric bill, which Fetterman says a good Samaritan has always paid anonymously.

“People come in and take what they need, and they’re treated with respect and dignity,” Fetterman says. Costco now donates its surplus produce, deli items, and baked goods to the Free Store three times a week. “With that one partnership we were able to eradicate food insecurity in Braddock,” she adds.

[blocktext align=”right”]“People come in and
take what they need,
and they’re treated with respect and dignity.”[/blocktext]It was the Free Store that inspired Lizarondo to reach out to Fetterman. “I started asking her where she got all this donated food,” she says. “I knew there had to be a way to connect even more people who were food insecure with all the food that was being wasted.”

The biggest disconnect seemed to be one of transportation, Lizarondo says: organizations that need food donations don’t have the resources to pick up food from scattered suppliers in a timely manner. A lot of the food restaurants or grocery stores are disposing of has a limited shelf life. So 412 Food Rescue adds the missing piece of the equation: a driver to transport the food within that small window of opportunity.

“We have an amazing group of volunteers,” Fetterman says. “We post photos of them, we celebrate them, and acknowledge them.”

The organization marked its first anniversary in March, and Lizarondo and Fetterman are working on shoring up the operations side of the nonprofit organization, as well as development of an app. It will allow 412 Food Rescue to ping volunteers based on their location when there’s a rescue needed. They’re up to 600 volunteers now, and are always impressed by how willing people are to step up.

Their ultimate goal, however, is to take 412 Food Rescue to other parts of the country. “This is replicable in other cities,” Lizarondo says. “We know it works, now we need to show others how to do it.”

___
Kim Lyons is a Pittsburgh-based editor and writer with a mild Twitter addiction who loves telling a good story. She’s written for Pittsburgh City Paper and the Pittsburgh Post-Gazette, and was a 2015 Kiplinger Fellow in Public Affairs Journalism at Ohio State University.