Detroit’s Eastern Market is the largest historic public market in the U.S. Listed on the National Register of Historic Places, the market dates back to 1841, when early settlers purchased hay and wood there. In 1891, the market moved to its current forty-three-acre location and began selling produce, poultry, livestock, and flora. Today, it’s also a central wholesale food distribution hub for the city’s restaurants.

Open year-round, the Eastern Market is the byproduct of a public-private partnership that’s become a weekly gathering place for locals and visitors alike. Model D Media reports that an estimated forty-five thousand people shop there on any given Saturday. In addition to the farmers market, the hub’s footprint is filled with local art galleries, studios, maker spaces, eateries, shops, and e-commerce businesses. The market is also home to one of the largest public art festivals, Murals in The Market.

Despite this history, recent news of an investing spree in the market by a businessman not native to Detroit has residents questioning how potential gentrification might impact this historic institution.

I’ve been attending the market on a weekly basis for the past couple of years. Sometimes I take my camera to document the experiences. The photos that follow are selections from several of these trips. They serve as a reminder that, whatever happens on the investor level, Eastern Market’s people make the place. 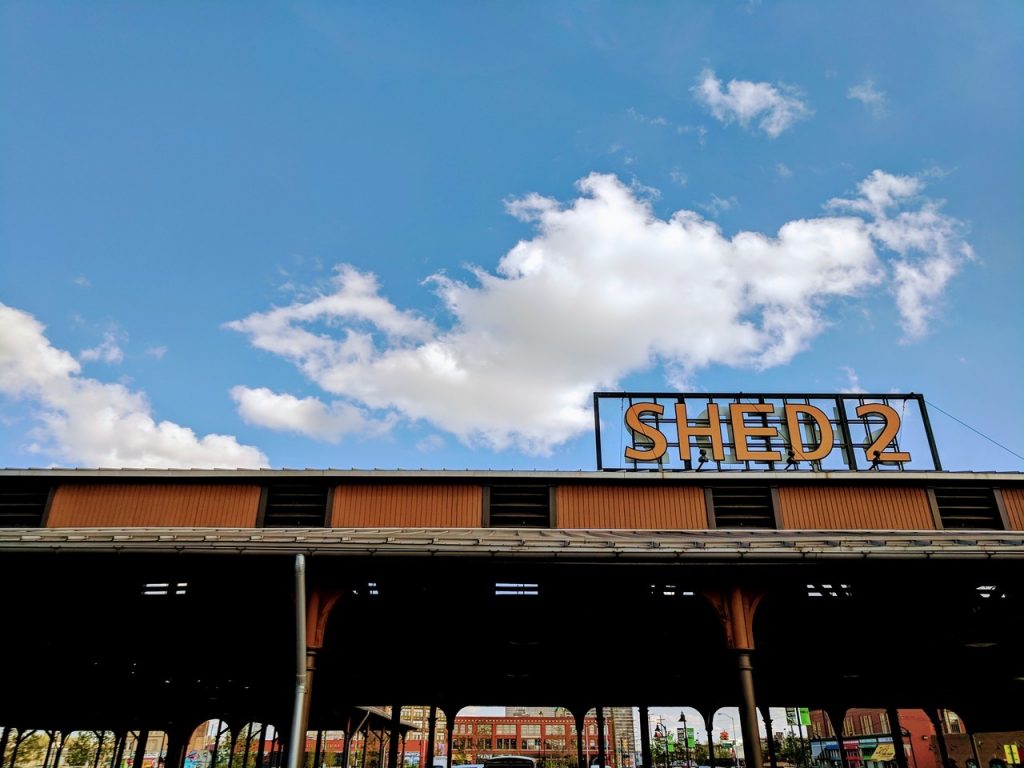 Shed 2 at Eastern Market, constructed in 1922. Photo by Jenifer Daniels. 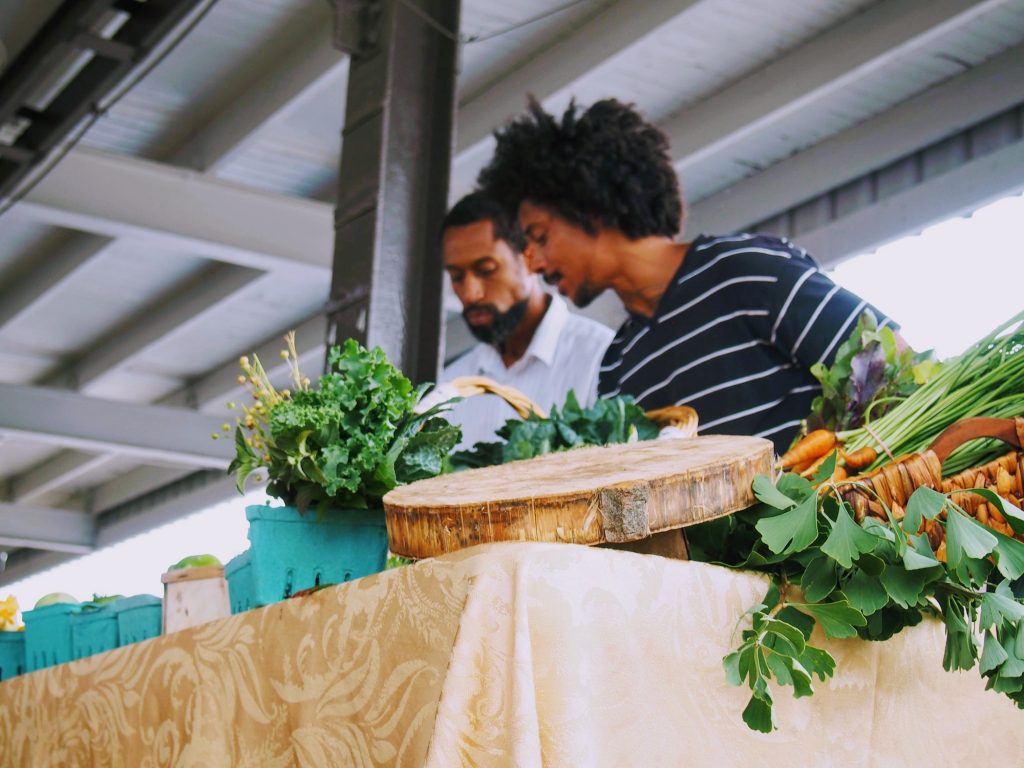 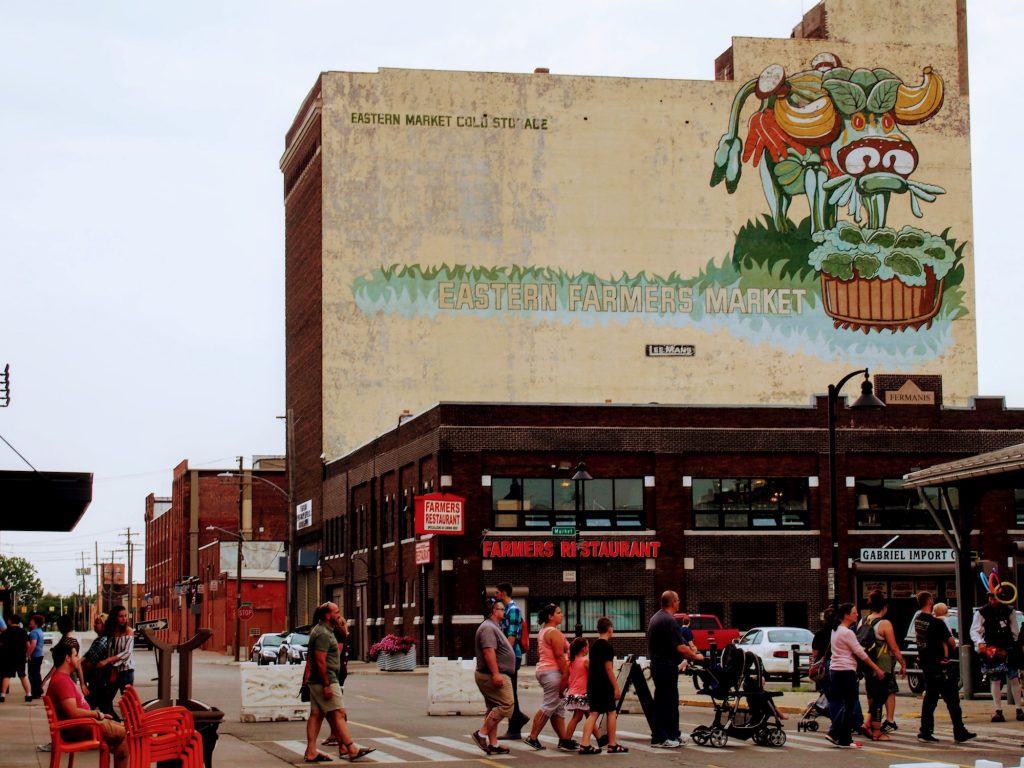 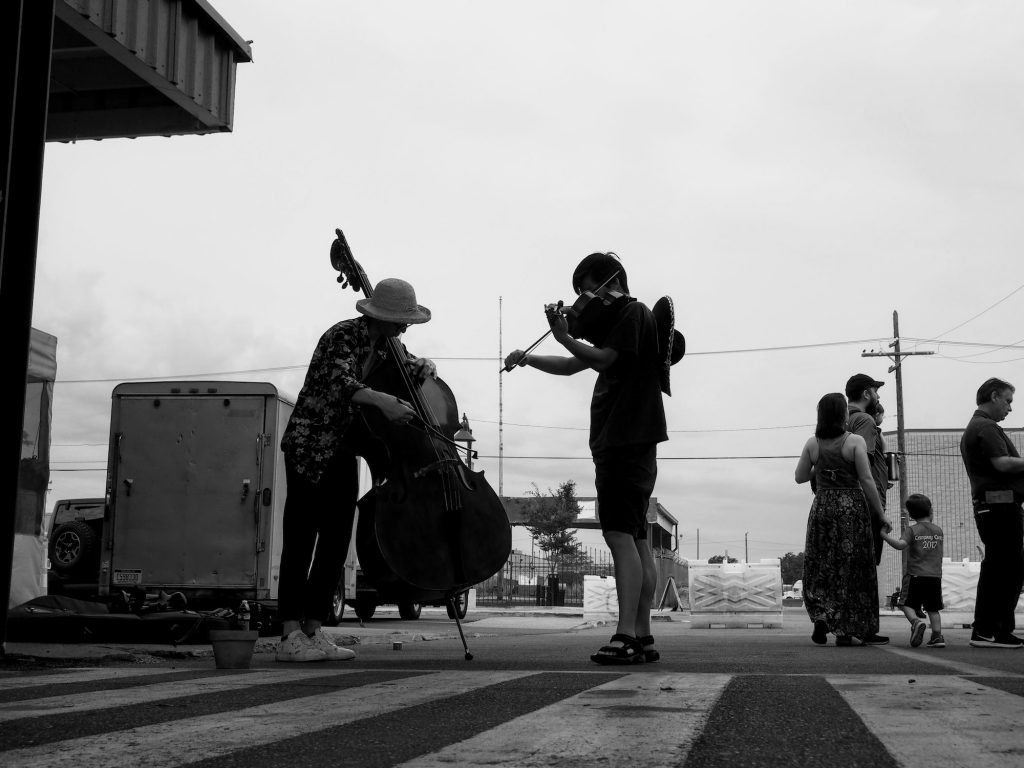 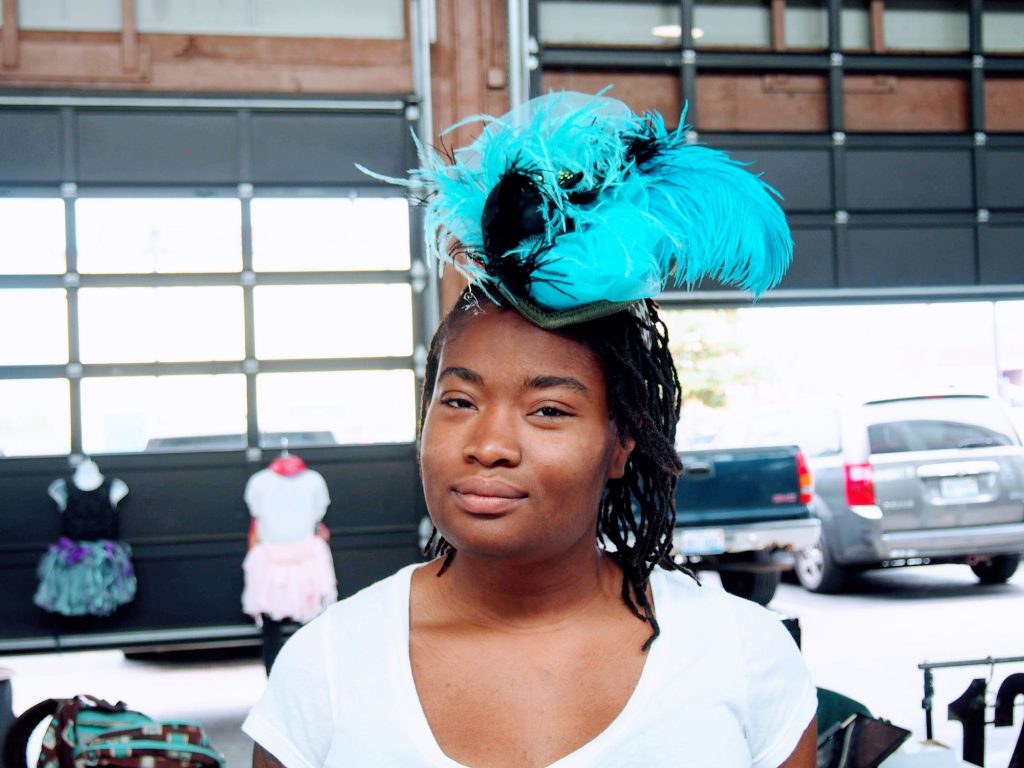 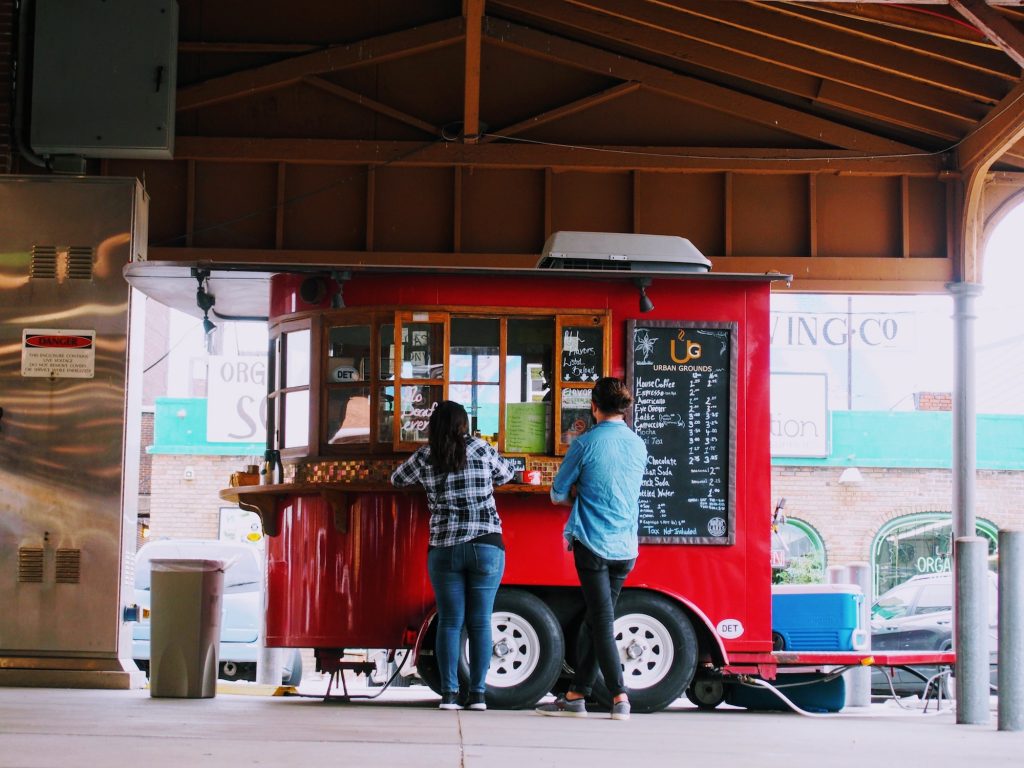 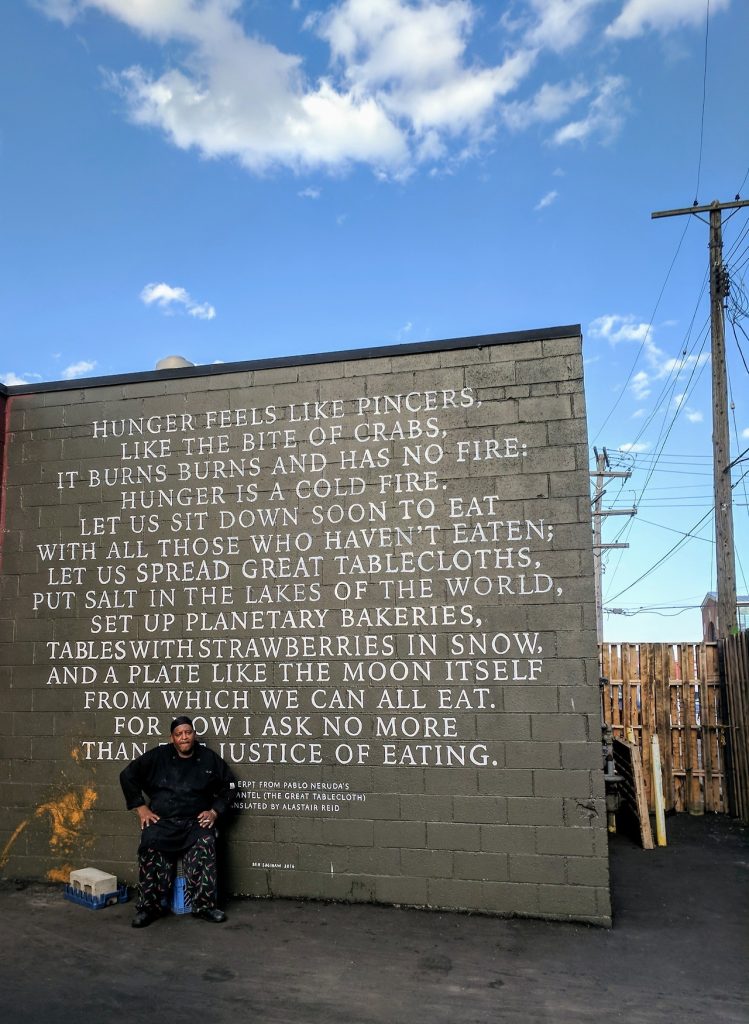 A staff member of Bert’s Marketplace in front of wall poetry. Photo by Jenifer Daniels. 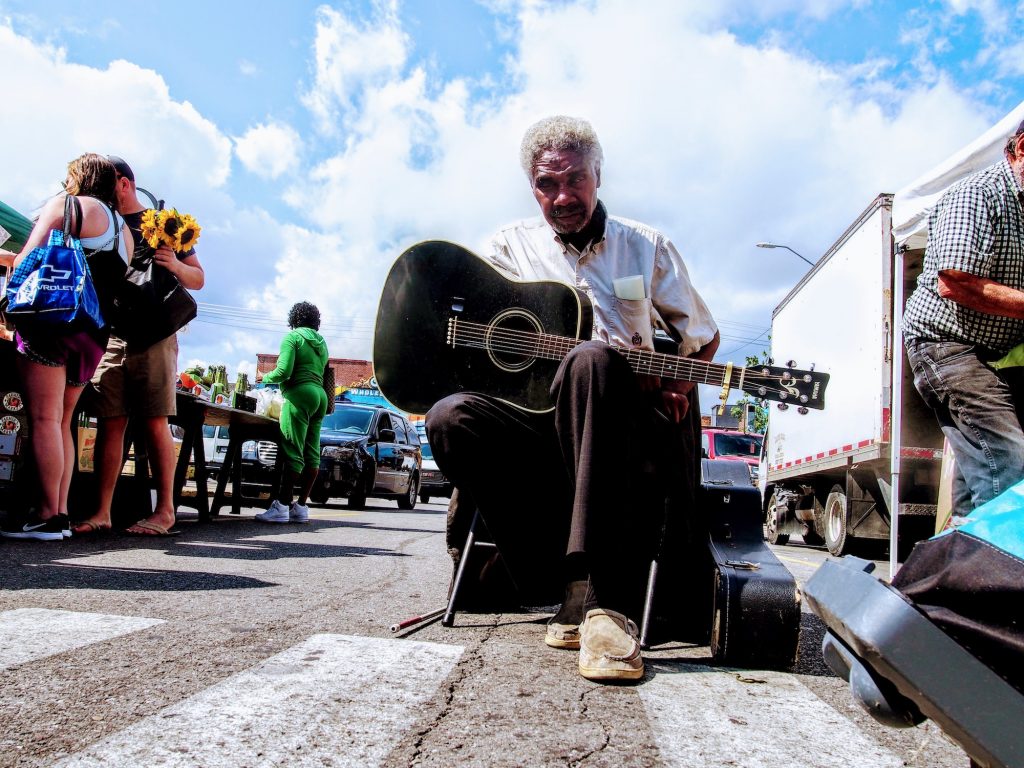 Robert Bradley, a blind guitarist, has performed at Eastern Market since the 1990s. Photo by Jenifer Daniels. 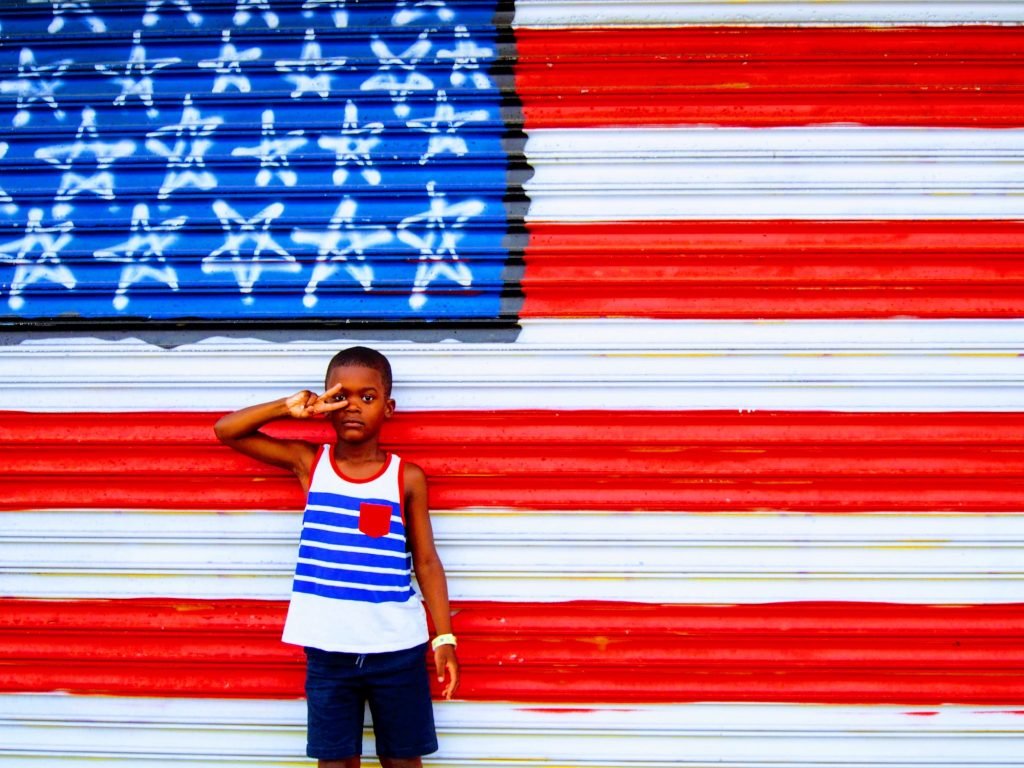 The photographer’s son, Ross, in front of an American flag mural at Eastern Market. Photo by Jenifer Daniels. 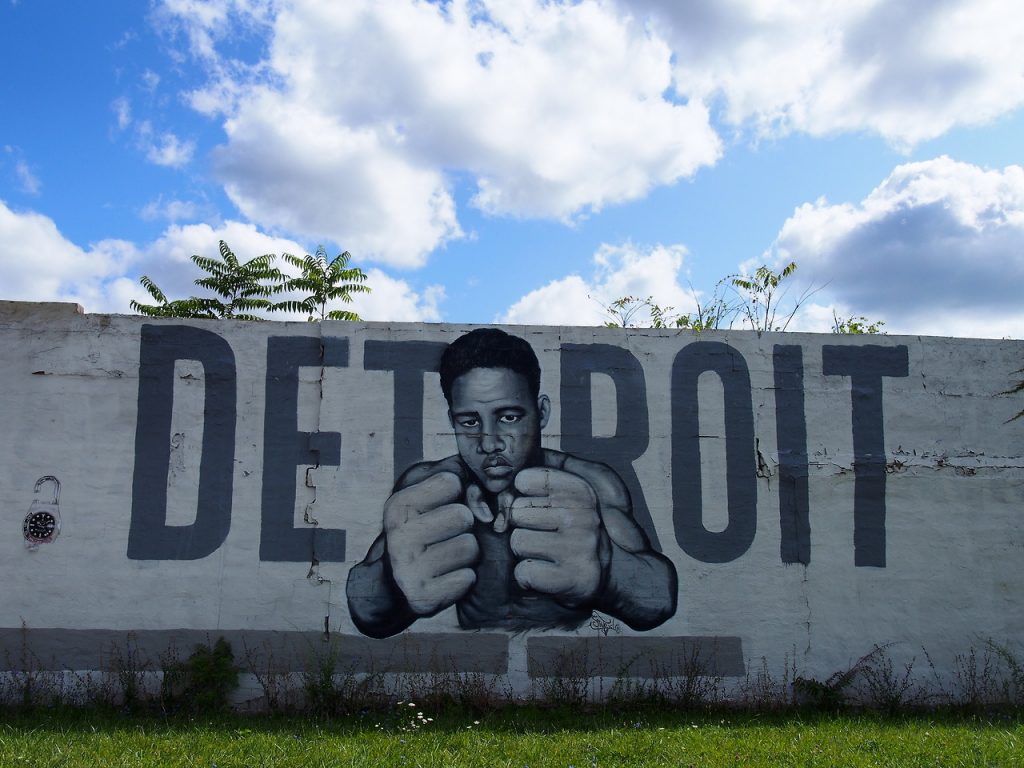