We’ve been on this mountain for nearly two hours. So far, we’ve identified turkey tracks and bear scat, listened to the evening chatter of belted kingfishers, and spotted tiny family cemeteries across the valley. Through our binoculars, we’ve watched deer frolic in a faraway clearing. As the sun begins to set, it seems the only thing we haven’t seen yet is the thing we all came to see: elk.

Not that anyone is complaining. Our tour guide, Lauren Cole, West Virginia’s Chief Logan State Park Naturalist, is an encyclopedia of ecological facts, pointing out color-changing spiders and teaching us to tell the difference between coyote and dog prints. Also, it’s beautiful up here, which is pretty remarkable considering that not too long ago it looked like many of the other summits in sight—barren and dissected by active surface mines.

This reclaimed mountain sits in the middle of the Tomblin Wildlife Management Area (WMA), the centerpiece of West Virginia’s new forty-four thousand-acre elk zone, consisting of land the state has either purchased or placed in easement. In 2016, twenty elk were transported here from Western Kentucky in hopes of re-establishing one of America’s most emblematic game animals in one of its poorest regions, an area known as the Southern Coal Fields (Logan, McDowell, Mingo, Boone, Lincoln, Wyoming and Wayne Counties).

Three years later, the herd is estimated to include approximately eighty animals and interest remains sky-high. It’s why Cole’s elk-viewing tours—which come with no guarantees—are always sold out. In conservation circles, elk are known as charismatic megafauna—simply put, an animal compelling or cute enough (think elephants and pandas) to inspire public buy-in for habitat restoration, which ultimately benefits many smaller, less splashy species (think pollinators and songbirds) as well. “Imagine a big ol’ elk with a bunch of little creatures riding on its back,” Cole said to explain the concept.

Now imagine the local economies of the Southern Coal Fields riding on its back, too, and you’ll have a good idea of why there’s so much interest in the project. Not only does elk restoration promise the ecological redemption of land after mountaintop removal, it could mean an economic boost for West Virginia communities suffering in the coal industry’s wake.

Could revenue from elk tourism, and eventually elk hunting, bring much-needed relief to these struggling places? As I wander around a field with six other out-of-state tourists—all of whom will eat dinner in a West Virginia restaurant before heading back to a West Virginia hotel tonight—it certainly seems possible.

Elk are large herd animals that need a lot of space. A male elk, or bull, can weigh seven hundred pounds and stands approximately five feet at the shoulder. During breeding season, known as the rut, bulls attract and defend a harem of females (cows) by bugling, a call that is famous for its tortured grunts and whistles. Bulls sometimes spar violently over their cows, occasionally to the death.

Prior to European settlement, elk ranged across nearly the whole of North America. Thanks to overhunting and habitat loss, elk disappeared from West Virginia sometime around 1875. By the end of the nineteenth century, the Eastern elk was extinct. Reintroducing the animals remained a persistent ambition throughout the last century. In 1913, fifty elk were transported from Yellowstone to the state, but the herd didn’t take.  In 1972, the West Virginia Department of Natural Resources (WVDNR) conducted their first elk restoration study, ultimately citing the threat of agricultural damage, competition with other wildlife and the lack of useable range as reasons not to pursue reintroduction. 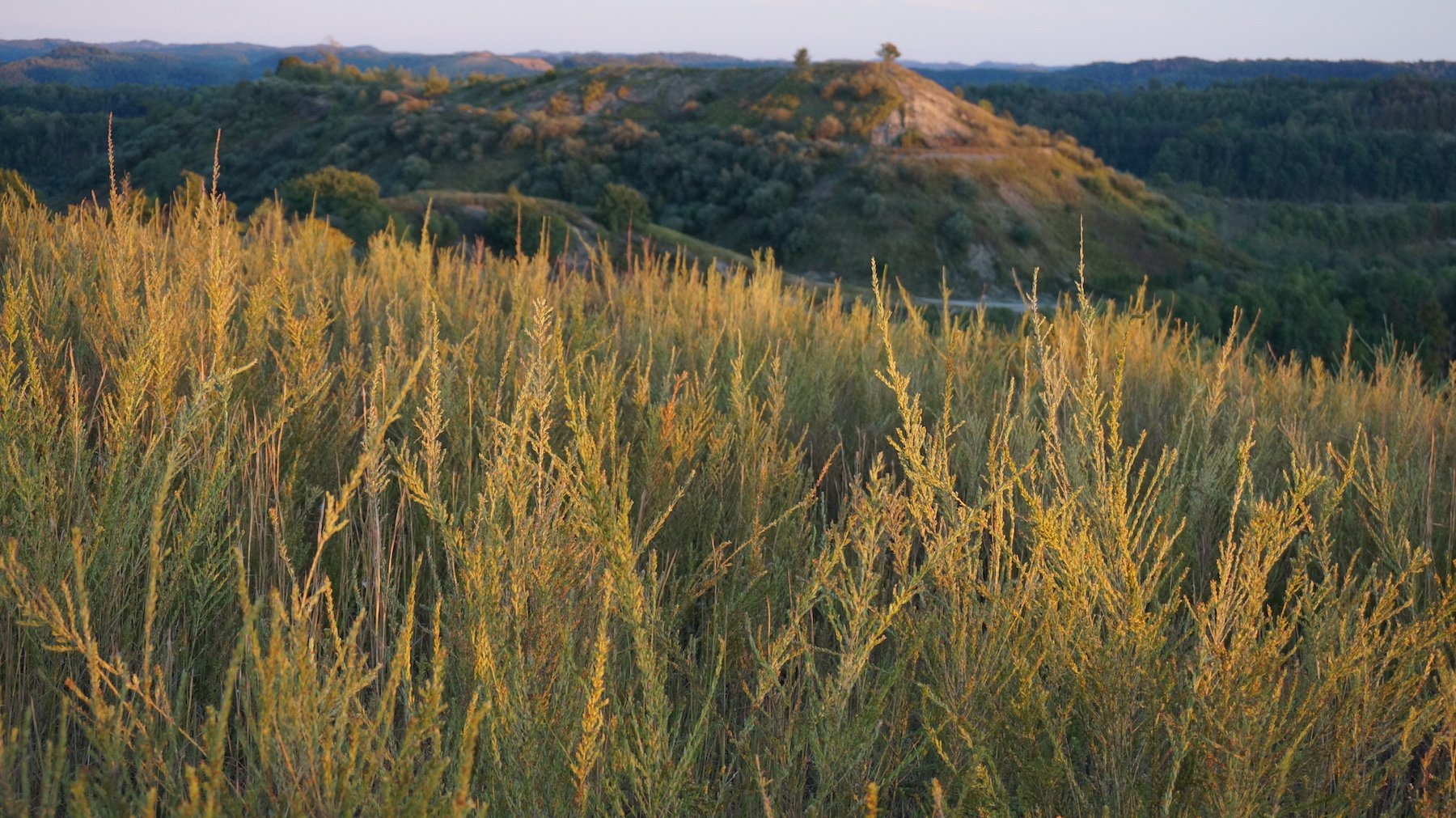 Elk are hardy, but they need a very specific habitat, known as “early successional habitat,” to thrive. (“‘Early successional habitat’ is a complicated way to say ‘meadow,’” Cole told us.) Elk survive mainly on herbaceous vegetation; they can eat ten to twenty pounds of grass a day. That’s part of the reason why the next feasibility study, carried out in 2005, isolated the Southern Coal Fields as a prime spot for restoration efforts. Thanks to coal mining, the report said, the area “had been converted from large, forested areas of steep, rugged terrain into plateaus of gently sloping, low-quality grassland.”

Additionally, the Southern Coal Fields were ideal for their low population density as well as their proximity to another herd, now thriving in Eastern Kentucky. In fact, elk restoration in Kentucky has been so successful (for both the animal and the economy) that it’s become a model for other states hoping to reintroduce the species.

Between 1997 and 2002, West Virginia’s neighbor, Kentucky, reintroduced approximately fifteen hundred Rocky Mountain elk onto former strip mines in the southeastern corner of the state. Today, the herd includes an estimated ten thousand head—the largest free-ranging elk population east of the Mississippi. “It’s been a great program for Kentucky,” said Dr. Karen Waldrop, who researched the restored herd for her dissertation and today serves as the Deputy Commissioner for the state’s Department of Fish and Wildlife Resources. Dr. Waldrop said elk-related activities contribute 5.7 million dollars annually to the state’s coffers and have created approximately 138 jobs to date. In addition to the state parks’ elk-viewing tours, private companies have sprung up to offer their own unique elk excursions, some on horseback.

And then there’s the hunting. Waldrop said that every year, applicants from all fifty states compete in a hunting permit lottery that generates some eight hundred thousand dollars in revenue. In 2019, thirty-five thousand people entered the lottery and six hundred were selected (ninety percent of them Kentucky residents, per state regulation). Since many of the people who win a permit have never hunted elk before, guiding services have also become big business.

Excitement about hunting elk, or simply watching them, has also translated into dollars for other sectors of Eastern Kentucky economies. The Mountain Arts Center in Prestonsburg hosts the hunting tag pull, an annual event that features vendors and food trucks. Knott County markets itself as the Elk Capitol of the East, and the town of Hazard holds an elk festival every July. “County tourism boards have really gotten behind the elk,” Waldrop said.

Elk restoration was so productive in Kentucky that for a while, officials in West Virginia (and Virginia) administered a passive elk management plan: they let the elk come to them. But as more elk wandered into the Mountain State, public support for elk restoration soared; in 2010, ninety-four percent of residents said they’d be in support of reintroduction. In 2015, the West Virginia Legislature tasked WVDNR to develop an active elk management plan.

Reintroducing elk to the wilds of West Virginia wasn’t easy. The first hurdle was changing local attitudes about what post-mining restoration should look like.

Randy Kelley is a native West Virginian and the Elk Project Leader for the WVDNR. He’s spent much of his career working with the coal industry to rehabilitate mined land for wildlife, helping them comply with 1977’s Surface Mining Control and Reclamation Act. This legislation requires coal companies to establish and comply with a post-mining reclamation plan. He said that many of these companies assume that what mined lands need are trees. “There’s this idea that we need to plant a tree on every inch of land,” said Kelley. “For the diversity of wildlife, that’s simply not true. We’ve got plenty of trees. We need successional habitat.” Or, as Cole called it, “meadows on mountaintops.”

In addition to generating the right kind of habitat for elk, Kelley and his WVDNR colleagues had to figure out how to accumulate enough of it for a massive, roving animal to thrive. Much of Southern West Virginia is controlled by companies who own, as Kelley said, “large chunks of land and mineral rights.” This made it hard to create a cohesive range for the elk. It also meant that, should elk be introduced, they could be inaccessible to the public. 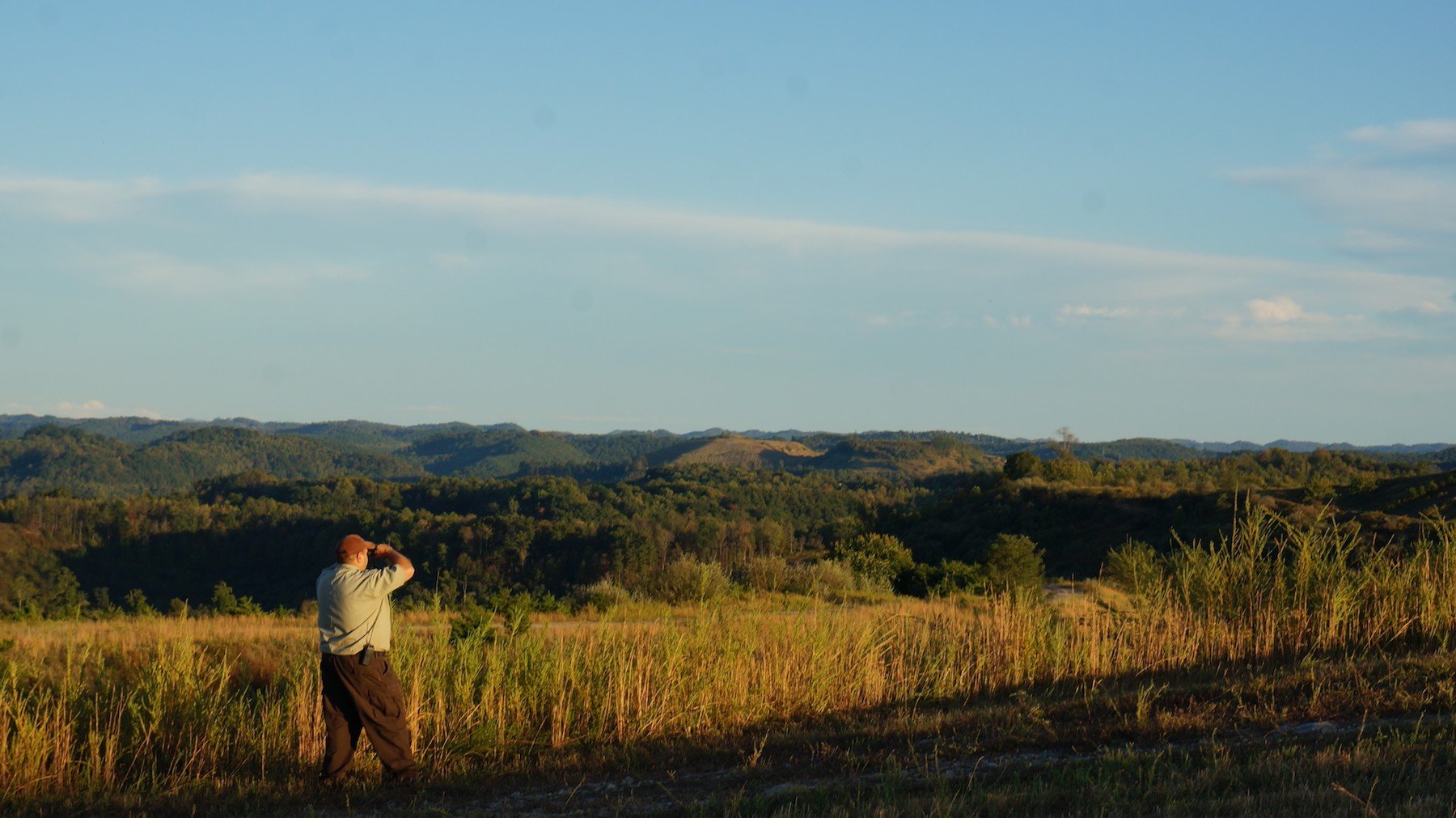 State officials partnered with the Conservation Fund to secure thirty-two thousand acres in the Southern Coal Fields—the largest single land acquisition in the state’s history. The Conservation Fund holds the title to the land and will gradually transfer ownership to the state, easing the financial strain of such a purchase. The rest of the money for elk restoration came from hunting, fishing and trapping licenses, as well as taxes on firearms and hunting equipment.

After the state’s historic investment, some local business leaders have doubled down on their own projects. Diana Barnett is a Logan County native who already owns a restaurant and movie theater. Next spring, she and her husband plan to open Appalachian Outpost, a resort featuring thirty-five furnished cabins, outdoor equipment rentals, restaurants and retail space. Their investment is based, in part, on elk tourism. “People come for two days, and now maybe they’ll stay three of four,” she said. Barnett believes no one thing will be able to match the economic powerhouse of coal, but the next economy will be more like “a pie.” “There are a lot of different pieces of pie. All of it will come together,” she said. “The elk tours have been a great addition.”

Kelley said the WVDNR is also working with the Hatfield-McCoy Area Convention and Visitor’s Bureau to promote elk tourism, and the Logan County Commission has provided the project with an office building for administrative use. The state was recently awarded a grant from the Abandoned Mine Lands program, which will be used to build a viewing tower and small visitor’s center. As for the windfall that hunting will bring: Kelley doesn’t have a timeline in mind. “We’ll let the herd determine that.”

Still, just the allure of the elk may already be attracting the hunting set. Recently, Kelley met some out-of-state bear hunters at Tomblin WMA. They told him they “chose this WMA because they were hoping to see local elk.”  While the economic benefits of the restored herd are anecdotal for now, Kelley insists they are there. “It’s going to be a big boost to the economy,” he promised. “It may not be visible yet, but it’s happening right now.”

During our tour, visual evidence of elk was also scarce. It was Lauren Cole’s first strike-out. Cole is a local. Her grandfather worked for Island Creek Coal Company and the family lived in Holden, one of its coal camps. (Hers is one of four positions that WVDNR has created to administer the elk program; Randy Kelley’s is another.) In an email to me later she blamed racoon hunters and their dogs for spooking the elk. “That’s the breaks when it comes to public hunting lands,” she wrote.

As we wandered the mountain in our fruitless search for elk, tall grass thwacking our pants, she told us about the other species that have been showing up to Tomblin in increasing numbers, lured by the new habitat: chipping sparrows, pickerel frogs and monarch butterflies. This summer, the WVDNR announced they would be pursuing bobwhite quail restoration in the WMA, another animal that inspires a nostalgic kind of passion in hunters and birders alike.

Nobody seemed too disappointed that we didn’t see any elk; after all, we knew they were out there. We could picture them as Cole described them: waking after the last of the evening sun passed over their powerful bodies, the summer velvet still peeling from this year’s set of antlers. Somehow this seemed appropriate. To restore the land and the economies left ravaged by the exodus of coal, that’s what it’s going to take: a little faith and a lot of imagination. ■

Ashley Stimpson is freelance journalist based in Baltimore, MD, who writes most often about conservation and the outdoors. Read more of her work at www.ashleystimpson.com.