From Greece To Negroland: Ethnicity In Literature

Like many Greek-Americans in the Chicago suburbs in the 60s and 70s, my family had a bookshelf full of titles by Harry Mark Petrakis. Though obscure now, at the time Petrakis was a bestselling Greek-American novelist and short-story writer from Chicago; he’s best known for A Dream of Kings, a National Book Award finalist made into a 1969 film starring Anthony Quinn. Ethnic pride got those books on the shelf, but they also served a particular purpose. My father bought them when he came to the United States from Crete in the 60s, and they played an important role in his learning English, something he did in a very deliberate, bookish way.

But even as I became a deliberate, bookish adolescent, I didn’t bother with Petrakis. That’s partly for the usual reason that kids don’t want anything to do with their parents’ tastes. (I wasn’t reading the Nikos Kazantzakis books my father kept on the shelf either.) But I also found Petrakis a little suspect. His book jackets promised visions of the Greek-American experience, but how could one writer accomplish that? And what was so interesting about the Greek-American experience anyhow? I had my share of “Greek-American experiences,” to be sure — church ceremonies, Easter dinners, dreaded Saturday-morning Greek school — but I didn’t find them especially defining or worth writing about. 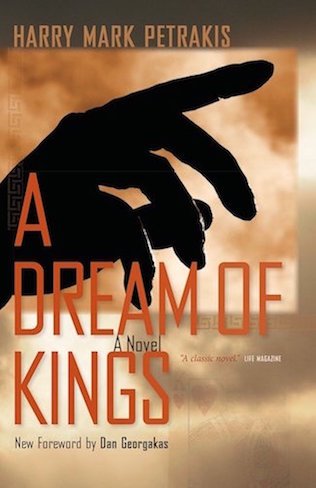 The outsider writer — the immigrant, the minority, the would-be assimilator — is forever in a bind. He or she may be just trying to relate a tale about making sense of a new place while enduring the criticism or abuse of those around them. But readers have been conditioned to think of these authors as ambassadors for his or her ethnicity or homeland; the very act of telling the story reduces them to a type. The Pulitzer citation for Junot Diaz’s The Brief Wondrous Life of Oscar Wao celebrates his “rendering with genuine warmth and dazzling energy, humor, and insight the Dominican-American experience.” Chimamanda Ngozi Adichie is praised for her understanding of the “Nigerian-American experience.” And so on.

Diaz and Adichie’s books are more than that, of course, and if only I’d cracked the books, I might have known that Petrakis was working through some of these issues too. Last year Petrakis published Song of My Life, his third memoir (he’s 92), and though it’s brief, it’s also savvy to the kind of push and pull the outsider writer wrestles with to find an identity, balancing ethnic pride with personal ambition. In some ways, Petrakis was a type. He grew up in a tight-knit Greek community in Chicago’s South Side Washington Park neighborhood. He had a large family and a churchy upbringing (his father was a Greek Orthodox priest), and he absorbed the abuses of Greek-school teachers who beat him “with dedication and fervor.” Most clichéd of all, he ran a restaurant for a time.

Yet he was keen to distinguish himself, as a Cretan in general and a writer in particular. His family came to the states from Crete to serve the religious needs of the Greeks who’d moved to Utah to work as miners, and they were instant targets, he argues. “Because of their dark complexions, the Cretans were also thought to be of African origin and were subjected to the same prejudice,” he writes. “The Cretans proved unruly and resentful and in armed confrontations fought back with pistols and rifles against state militia and the mine owner’s police.”

[blocktext align=”right”]The outsider writer — the immigrant, the minority, the would-be assimilator — is forever in a bind.[/blocktext]Looking at the family photos in Song of My Life — or just myself in the mirror — reading Petrakis likening Cretans to blacks feels, let us say, a touch forced. But other urges to distinguish himself feel more legitimate. He fumes about the numerous times he’s been introduced at readings as “the world-renowned author of Zorba the Greek!” He senses A Dream of Kings is being itself Zorba-fied by the Hollywood producers who have Quinn play the Greek hero. And most effectively, he’s sensitive to the ways that tribal thinking not only has its limits but sows division. Writing about how black and white teens were in regular “bitter warfare” along Chicago’s 61st Street during the Great Depression, he’s intrigued by a young black teenager he calls Shelby, who was nervy enough to stand up to his group in person. “In a single leap he vaulted over the iron fence into our schoolyard. Gripped by a collective hysteria, the entire schoolyard of students took flight for the sanctuary of our school building.” It’s an action that Petrakis describes as undoing his own sense of being part of a tribe: “The spectacle of that solitary youth chasing 100 descendants of the valorous Greeks at Thermopylae remains vivid with me to this day.” He looks at Shelby as if looking in a mirror, sensing that ethnicity needn’t be destiny.

Well, not entirely. In her memoir Negroland, longtime New York Times critic Margo Jefferson is more alert to the complications of her upbringing than most writers, largely because she was forced to be. She grew up in an upper-class black family in Chicago, but her blackness complicates those descriptors. What’s upper-class? What’s Chicago? 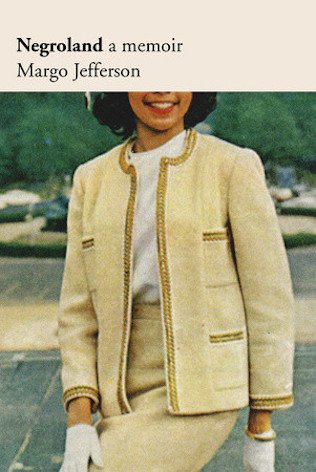 Upper-class, she learns as a child, is in the eye of the beholder, and as a black woman what she herself beheld was given little credence. “We’re considered upper-class Negroes and upper-middle-class Americans,” her mother tells her. “But most people would like to consider us Just More Negroes.” As for Chicago — well, whose Chicago? Her family’s status — her father was a pediatrician, her mother a socialite, their Hyde Park home a hub for the city’s black elite — afforded them relatively easy access to downtown but not necessarily the tonier Magnificent Mile. “As negroes we had to secure our place downtown before we ventured north to the Gold Coast,” she writes.

Negroland is as much a critique of narratives about class and race as it is of Jefferson’s own experiences of them. And the two are closely tethered. She’s constantly aware of how her intellectual choices are circumscribed by her race and class — and by her attempts to escape them. Is reading Jet and Ebony edifying (so many articles about successful blacks) or diminishing (so many ads for skin whiteners and hair relaxers)? Is joining the cheerleading squad evidence of worthwhile assimilation, as she believes in high school, or proof that she’s trying too hard? The latter, Jefferson thinks, after a classmate condescendingly congratulates her for making the squad in college: “I won’t be rude about it, but we’re making art here, and you’re a throwback to Midwestern Americana.”

The need to interpret every action, every book read and play seen, through filters of race and class (and later gender), grates on Jefferson, who writes touchingly on the ways many of her friends dealt with the pressure, or couldn’t; depression and suicide was never far from her mind for a time, or those of many of her friends. But even then, she wants to avoid playing to type, making her story hew to a stereotypical tragedy or conflict. Being an upper-class black woman defined and sustained her more than it undid her; she had a family and community that supported her. But her success was a function of defining herself through herself. “The world outside you gets reconfigured, and inside too,” she writes toward the end of Negroland. “Patterns deviate and fracture. Hierarchies disperse. Now you can imagine yourself as central. It feels grand. But don’t stop there. Let that self extend into other narratives and truths.” The outsider writer, if she’s long-lived and lucky, gets to not only own her past identity but choose new ones too.

___
Mark Athitakis has written on books for many publications. He lives in Phoenix but grew up in Chicago. His Reading the Midwest column appears monthly in Belt.