From One Rust Belt to Another

“I’m going to be working from Germany for the summer,” I told everyone this April. “Ooh, Berlin?” was the universal reply. “No,” I would reply, savoring the weirdness of the word I was about to pronounce: “Gelsenkirchen.” Gelll-zen-keeer-chen, with the guttural H of chutzpah. You haven’t heard of it? That’s not surprising. It’s only known for its national league football team and its now-closed coalmines, so it wouldn’t be on your radar unless you’re a big fan of German soccer or anthracite.

As a kid growing up in Lakewood, Ohio, I dreamed of visiting all the places I’d seen in National Geographic. As a teen in rural Lorain County, I then took matters into my own hands and applied for a scholarship to study abroad in Germany. For my 11th-grade year, I was a Congress-Bundestag Youth Exchange scholar, which set me up with language boot camp and a German host family.

[blocktext align=”right”]Gelsenkirchen is by all accounts not a top vacation destination; Germans outside the Ruhrgebiet are generally amused by my choice of city. It’s like if you decided to take a vacation in Akron.[/blocktext]By pure chance, the program sent me from the American Rust Belt to the heart of Germany’s Rust Belt, the Ruhrgebiet. I loved the urban feel of North Rhein-Westphalia, the Western state that includes the cities of Cologne and Düsseldorf. The thickly populated industrial area surrounding the Ruhr River runs from Duisburg to Dortmund. Over that year, my German fluency went from nonexistent to native, with a good handle on the Ruhrpott accent, the manner of speaking built by the coal miners and steelworkers and preserved by the children and children’s children who live in these cities that once powered the nation. The people of the Ruhrgebiet are unaffected and diverse. And they come from all parts of the world: Turkish guest workers’ families came for the jobs, and significant populations of people from Eastern and Southern Europe have emigrated here.

This summer I was back in Germany’s Rust Belt again, working as a freelance journalist from the same home I spent 10 months in as a teenager, with my former host mother, Ursula. It had been 17 years since I first came here and 13 years since I last saw her, but we picked up like no time had passed at all. Being there was like getting on a bicycle again, if the bicycle requires speaking another language. 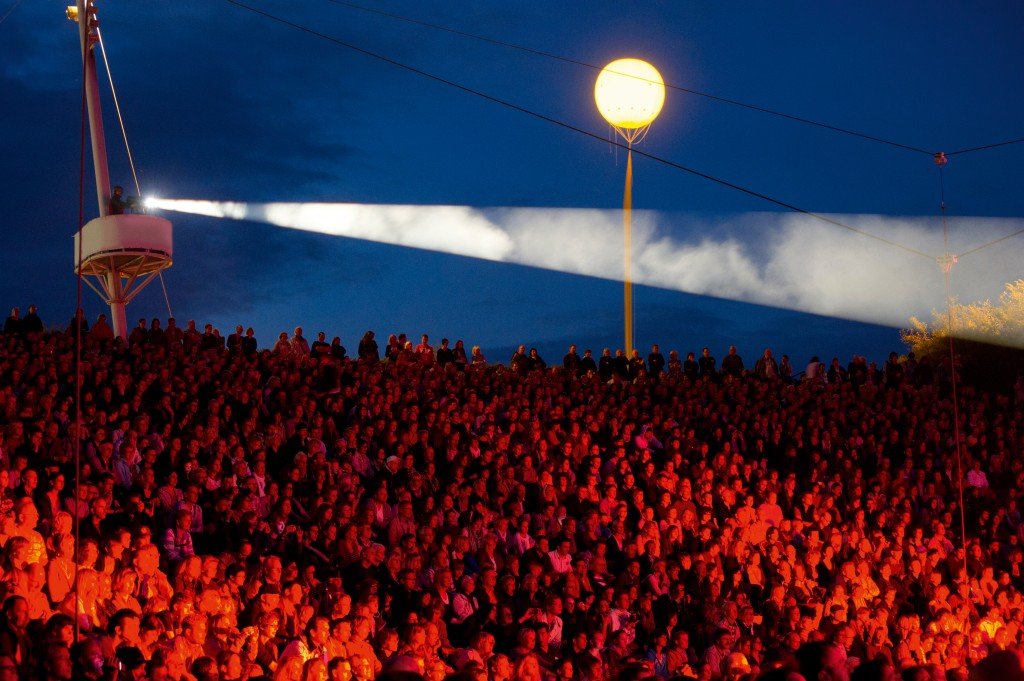 Gelsenkirchen is by all accounts not a top vacation destination; Germans outside the Ruhrgebiet are generally amused by my choice of city. It’s like if you decided to take a vacation in Akron. It’s not an especially pretty landscape. Large swaths of the area were bombed during World War II in an attempt to cripple the German war machine, and afterward the industrial culture here was a major contributor to the German Wirtschaftswunder (economic miracle) that turned the country into the powerhouse it is today. Like America’s Rust Belt, the Ruhrgebiet suffered high unemployment as the plants and mines closed in the 1960s and ’70s; population numbers leveled off as people sought work elsewhere. There are no majestic castles in this part of the country, nor are there any of the mountains or adorable Alpine villages that generally come to mind when someone thinks of Germany. But what the Ruhrgebiet lacks in postcard-ready panoramas, it’s starting to make up for with great art. Former mines are now world-class cultural centers, and I’d wager that the area has more art museums per capita than anywhere else in Germany.

[blocktext align=”left”]We can harbor doubts, disappointments, or distaste about our own city, but if anybody from outside talks smack about it, the gauntlet is thrown.[/blocktext]Earlier this summer, cities across the Ruhrgebiet hosted events for the 15th annual ExtraSchicht: Die Nacht der Industriekultur (which translates to Extra Shift: Night of Industry Culture). Programs of dance, art, music, and drama took place at 45 former industrial sites across the region. I spent most of the evening at Essen’s Zeche Zollverein, a former coalmine and industrial complex that’s now a beautiful UNESCO World Heritage site. I wandered around the grounds with a glass of wine, drawn to a large cluster of gift-wrapped shopping carts rigged up with speakers. Each one played a different audio loop: David Bowie’s “Ziggy Stardust,” something by Edith Piaf, a bundle of atmospheric sounds. In the wake of the Charleston church shooting, I was drawn to a recording of Martin Luther King Jr.’s “I Have a Dream” speech, and I pushed the cart along for a while to hear it in its entirety. I wondered if any of the people around me recognized it or really understood it. 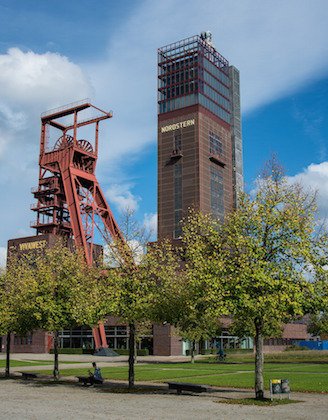 The former Nordstern colliery in Gelsenkirchen, now the landscaped Nordsternpark.

I did spend a week in Berlin while I was in Germany, and I loved it. It’s exactly as cool as everyone says it is, and I would totally live there, just like everybody else. But there’s something about that Rust Belt vibe that jives with me. The underdog mentality that prods me to constantly justify where I live when with people from the coasts, and the protective ownership we hold: We can harbor doubts, disappointments, or distaste about our own city, but if anybody from outside talks smack about it, the gauntlet is thrown.

Now I’m back in Cincinnati, where I’ve been for the past eight years, and it turns out my three months abroad only fed my wanderlust. I’ll see you again next summer, Ruhrgebiet.

Grace Dobush is a freelance journalist in Cincinnati, Ohio, where she writes for publications including Wired, Quartz, Cincinnati Magazine and the Washington Post. Follow her on Twitter at @gracedobushtogo.

Banner photo by Thomas Robbin (Own work), via Wikimedia Commons