From Wasteland to Wildlife Habitat


Standing at the Indian Ridge Marsh, in every direction you look there is either a railroad, garbage dump, oil refinery, chemical refinery, steel mill, bustling factory, or abandoned factory. The 154-acre wildlife habitat is located in the Calumet Industrial Corridor, about a mile and a half shy of the Indiana border. It is a splash of green in a sea of concrete, where the hum of eighteen-wheelers is second to the chirping of native birds. The contrasts between natural beauty and bustling industry reflect the area’s potential for restoration, amid its history of environmental neglect.

I photographed the marsh over the course of four seasons, where I explored how one of the most environmentally impacted sites in the country is being renewed through ecological means. 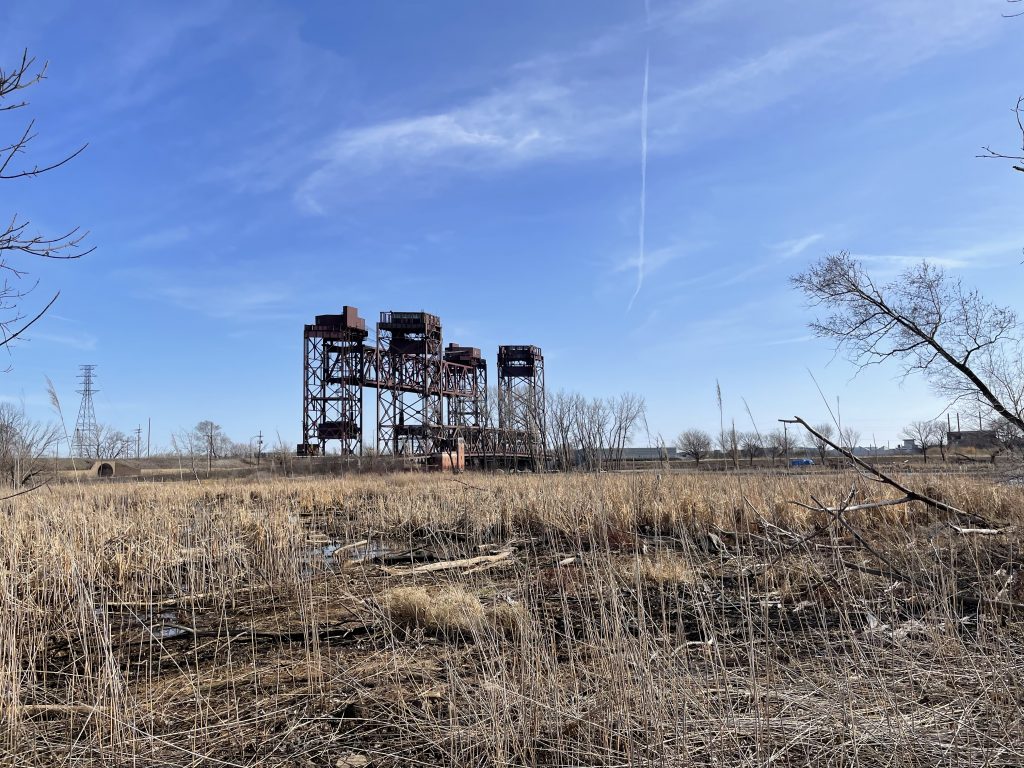 The Torrence Avenue Bridge, which crosses the Calumet River to Indian Ridge Marsh. 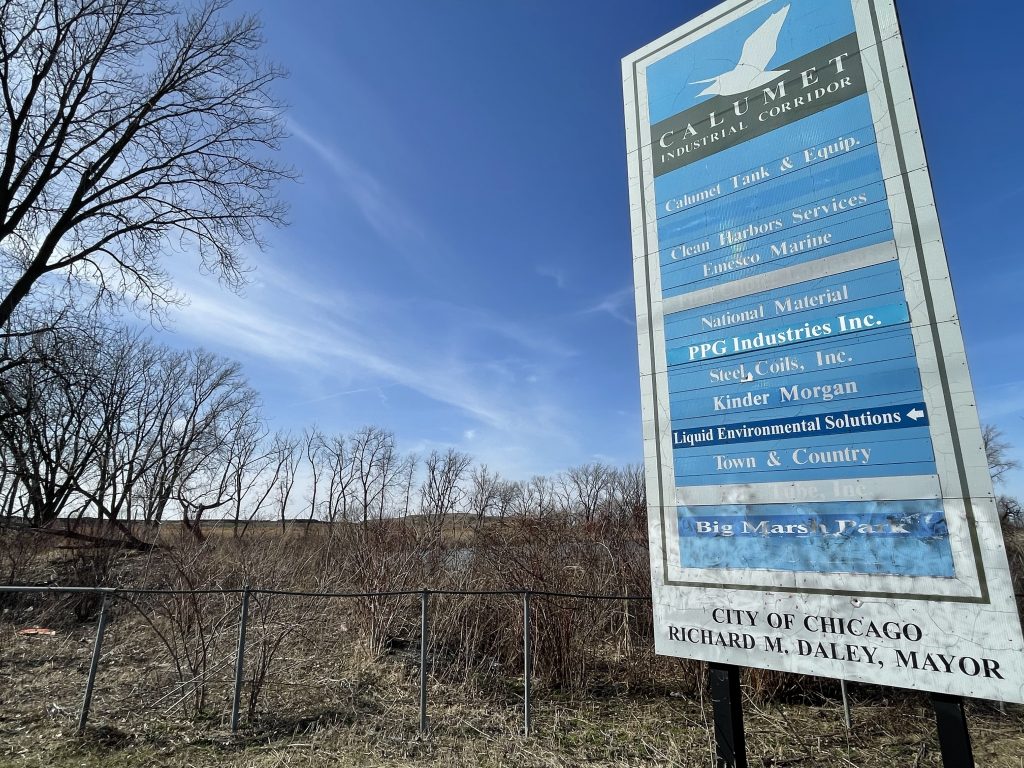 The intersection of Torrence and 122nd Street, facing the northern section of the marsh.

Before its designation to become a wildlife habitat, Indian Marsh Ridge was the de facto dumping ground for industrial waste and slag, which is the stony waste matter that is separated during the metal refining process. Often, slag from steel contains toxic heavy metals such as lead, manganese, cyanide, and arsenic—all of which have been found at Indian Ridge Marsh. 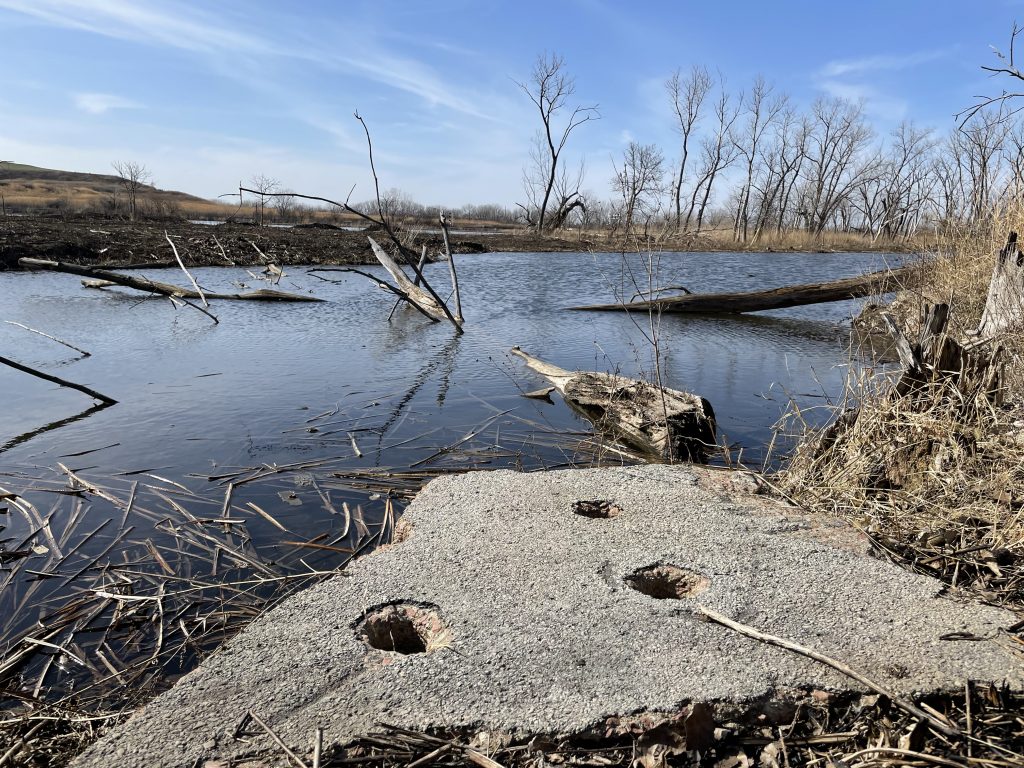 Even after capping the area, solid waste and slag can still be found in the marsh. 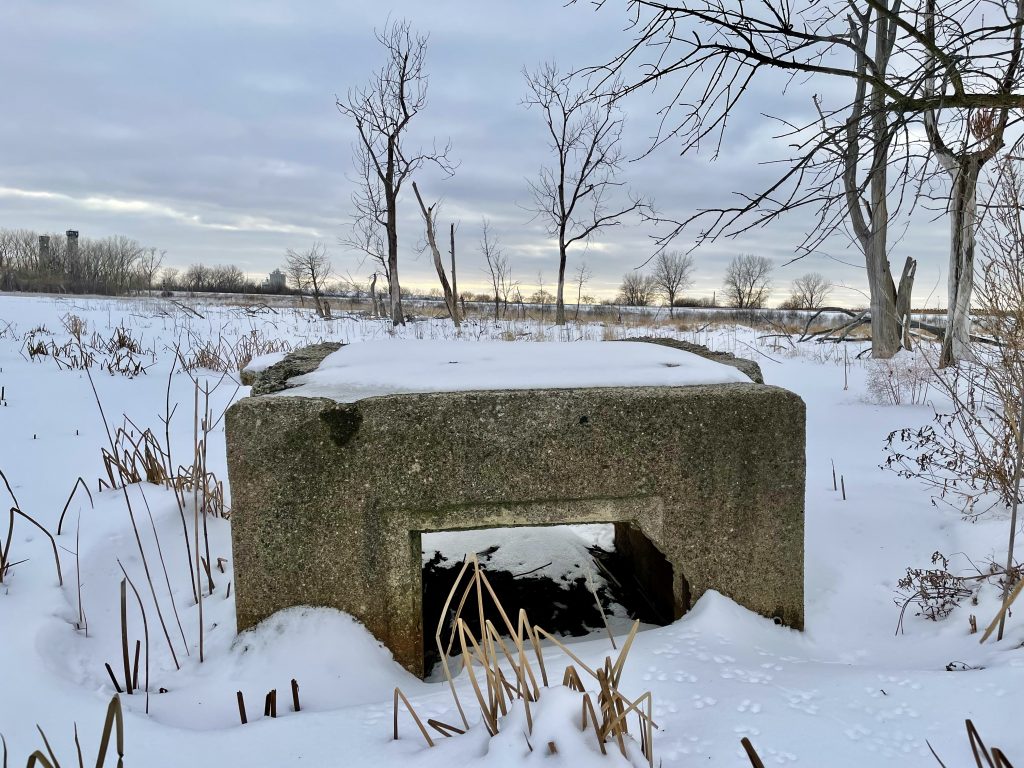 With water levels that change with rainfall and thick vegetation in the summer, the amount of visible pollution changes over the seasons.

In 2010, the Illinois EPA classified the Lake Calumet Cluster as a Superfund site. (The Superfund classification is applied to polluted locations in the United States that require a long-term response to clean up hazardous contaminants.) As a result, Indian Ridge Marsh and its bordering sites were put on a remediation project plan. The land was deemed so toxic that some parts were capped with ten feet of soil. The U.S. Army Corps of Engineers removed nearly 480 tons of garbage from the site in a project between 2011 and 2014, a project that cost roughly $6.7 million. 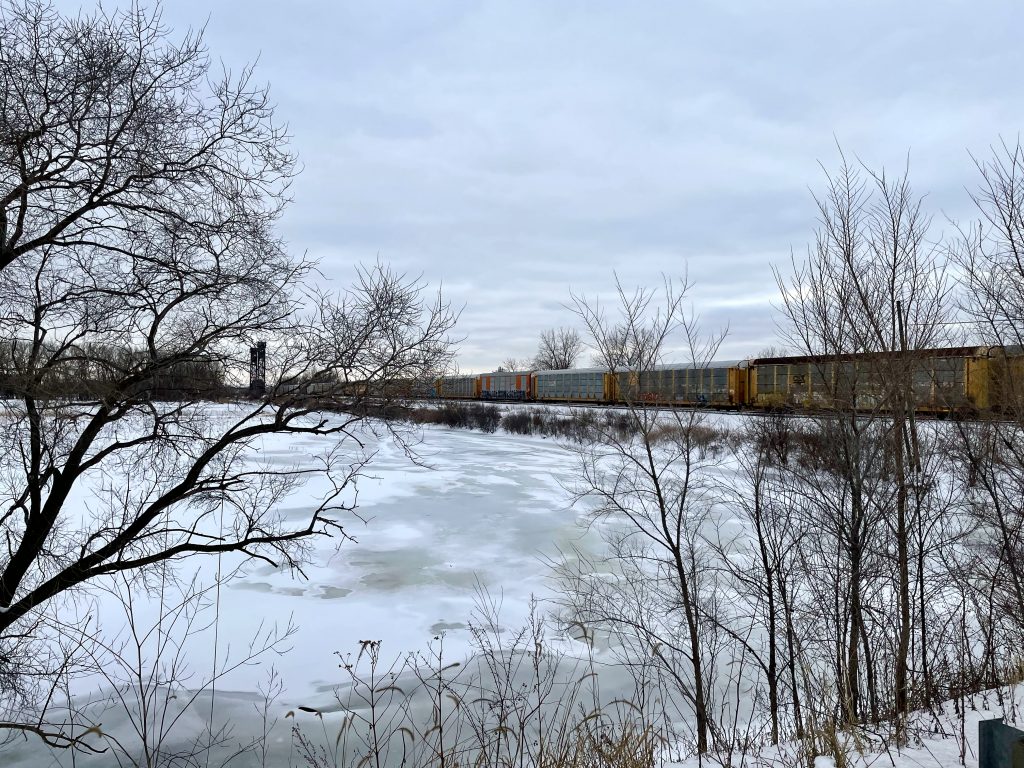 Train tracks run parallel to Indian Ridge Marsh, and to the northwest is the Calumet Rail Yard. All day trains roll by carrying manufacturing goods to and from the Calumet Industrial Corridor. 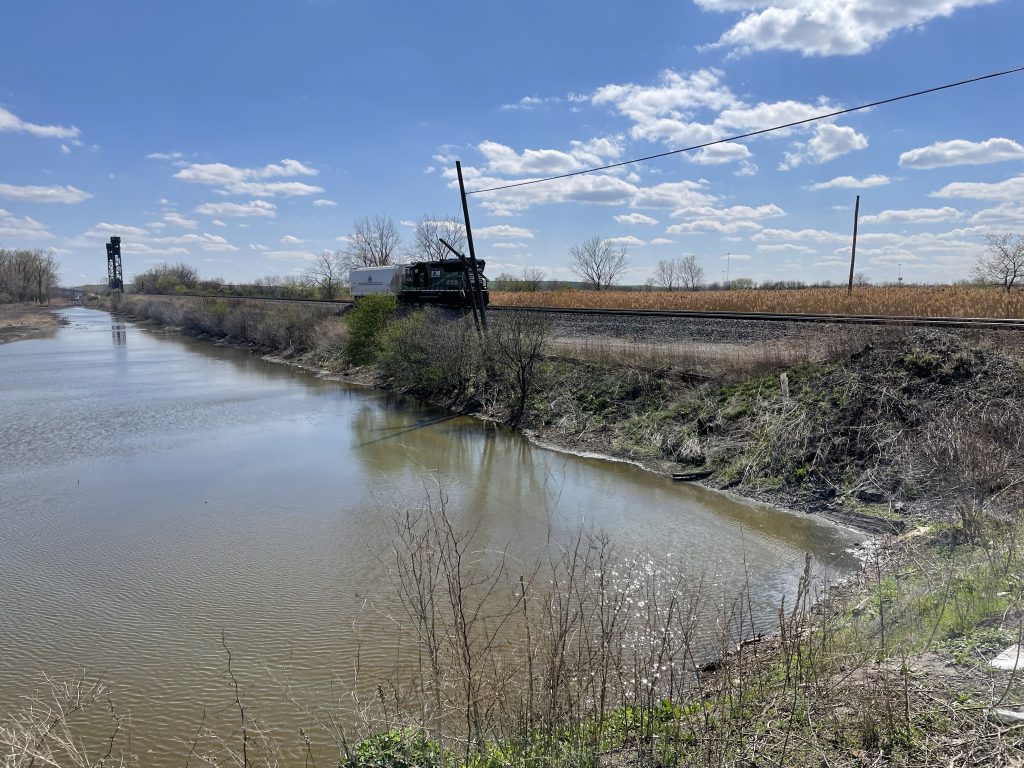 A train runs on high ground of the marsh during the spring.

The Chicago Park District began reestablishment of the wetland in 2017. In collaboration with the city, a number of Chicago-based conservation organizations, including Audubon Great Lakes, the Forest Preserves of Cook County, and Friends of the Forest Preserves, put forward resources to maintain and improve the marsh. They hoped to transform Indian Ridge Marsh into a native oasis for wetland-dependent species, and there have been some promising results, including the growth of sensitive plants like Pale Indian Plantain. 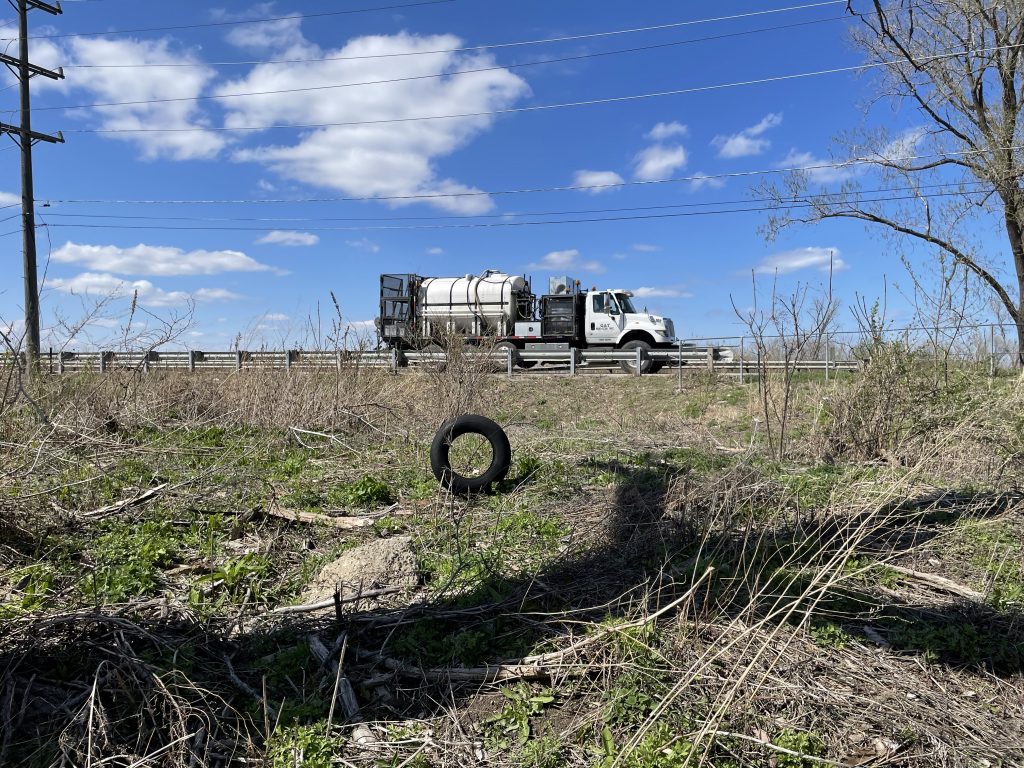 Indian Ridge Marsh is bisected by 122nd Street, which carries traffic to businesses along Lake Calumet. 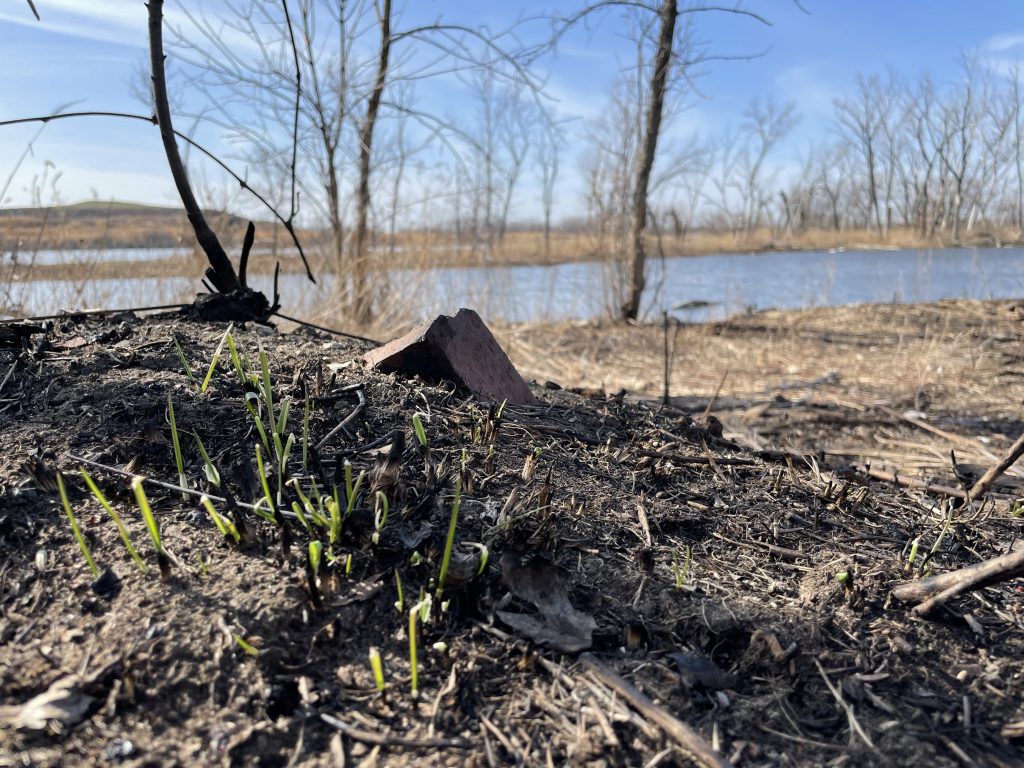 New and dormant seeds began to take root in the spring, after a prescribed burn during the winter cleared the growth from past years.

The marsh is now home to a wide diversity of birds and wildlife. The rehabilitation approach taken by the coalition of conservation organizations has pushed boundaries on how to rehabilitate wetland habitats, as they are experimenting with what species will take in the heavily disturbed soil.

In the already flood-prone Calumet region, a marsh habitat pays in spades by absorbing rainwater and mitigating the spread of contaminants into people’s homes and water systems. Incorporating feedback from people in the region is part of this approach. A community cork board shares volunteer work days and events, tapping the community for their input on the greening marsh. 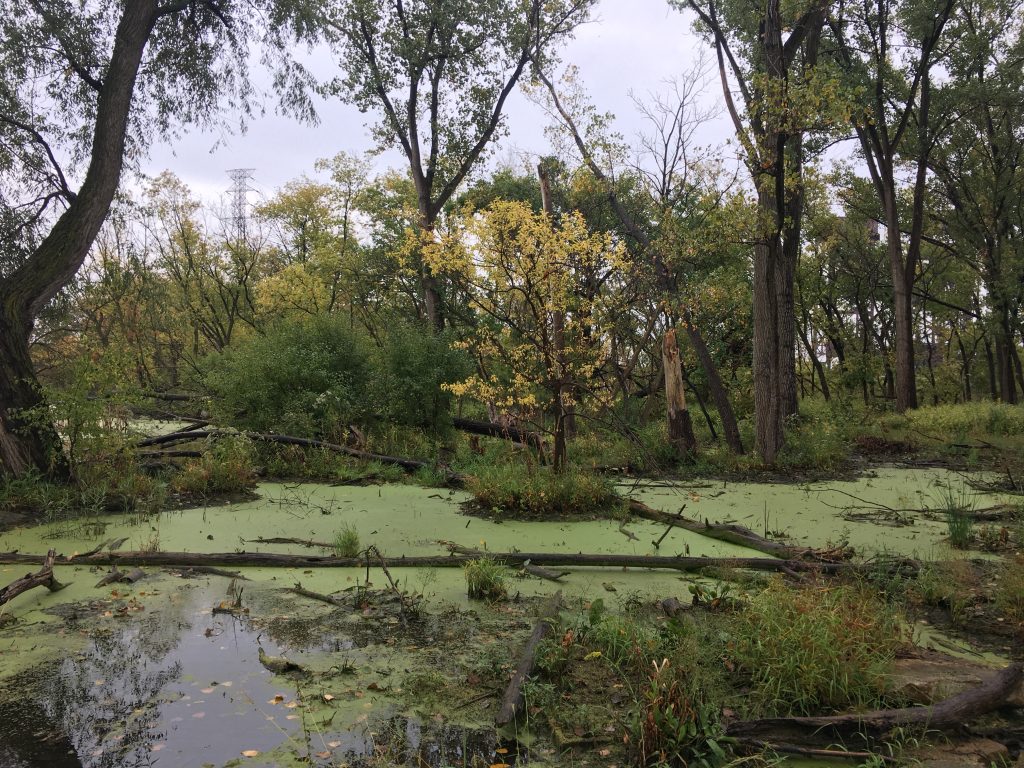 Vegetation that is unbothered by the pollution at Indian Ridge Marsh thrives with plenty of sunlight and water in the summer. 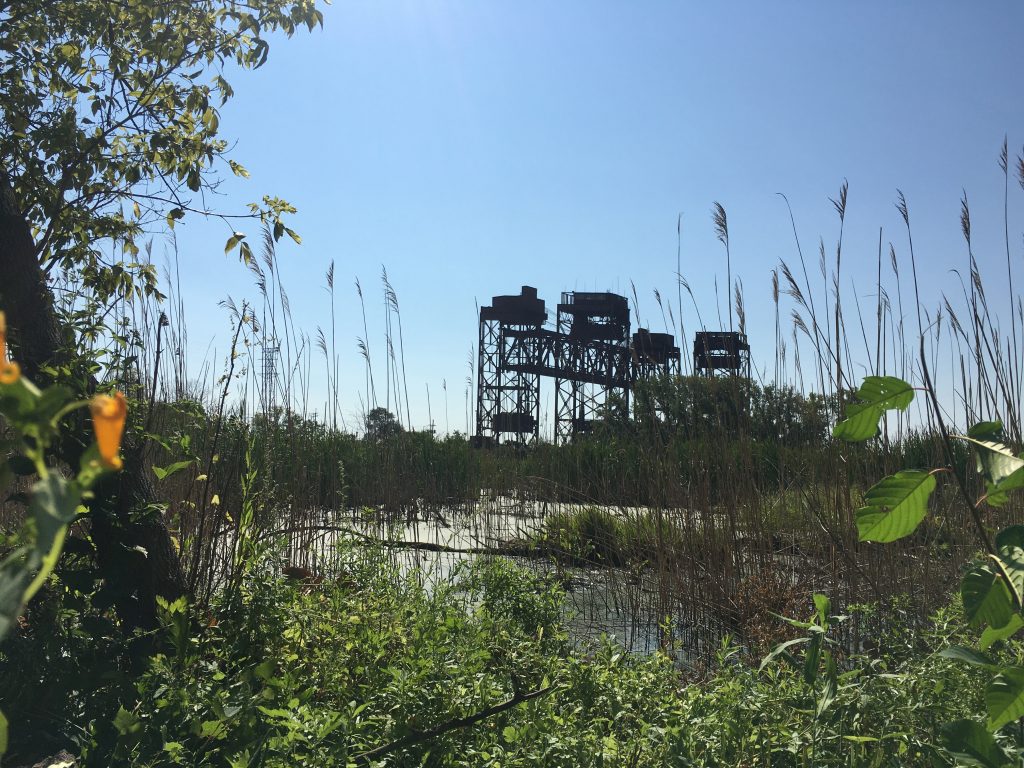 It seems almost implausible that anything could grow at the nexus of Chicago industry. Still, the ongoing restoration efforts at Indian Ridge Marsh have the potential to set an example for regenerative urban conservation. As cities across the Rust Belt wrestle with their industrial scars, the marsh is living proof that the environmental injustices of the past do not have to persist. ■

Paul Gordon is an environmental journalist and restoration steward based out of Chicago. His work appears in The Nation and In These Times reporting on the far-reaching impacts of climate change. With a love for public lands, he has worked for the National Park Service and Audubon Great Lakes.