Getting to the Heat and Light

Sheila Schwartz quoted John Gardner’s The Art of Fiction as she passed out the syllabus on the first day of class. “Plot is like locking people in a room so they can’t escape each other or themselves, and seeing what happens,” she said.

I wasn’t sure that I liked this idea. Many of my characters are based on my family members, and if we were locked in a room together, someone might get hurt. I looked around the room, wondering if my classmates felt the same way.

We’d trudged in from the cold, walking past the clumps of dirty snow on the sidewalk to the cinderblock classroom at Cleveland State University. We were here because we wanted to be writers. Sheila had won a few big awards, including an O. Henry Prize, and had published a book of stories. She was also a hugely generous teacher and critic.

One of the first things she’d said, after plopping down her purse and keys on the desk and introducing herself without fanfare, was this: “I’m as bewildered as anyone else at getting published.” Her lack of pretension broke the ice: we, too, could be published, with a little practice, discipline and luck.

That first day, she explained to us that good fiction takes risks by wrestling with conflict. In her essay about the craft of fiction, “In the Heart of the Heart of the Story,” she says, “Look for the story’s center, where the most heat and light are generated. Find a method which allows you to see into its heart.”

I knew where the heart of my story was – yet to get there, I would have to write about my family. Could I fictionalize our lives and still get invited back to dinner? 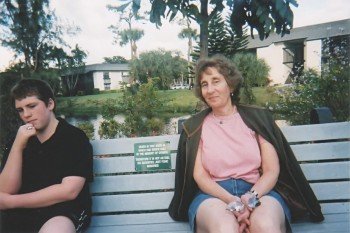 Later that semester, we read Sheila’s prize-winning story “Afterbirth.” The story is about a woman who’s traveling by herself on a plane across the country. There’s trouble with the landing gear, we find out – the plane might crash. The woman thinks about her husband and kids, reflecting on her life and marriage, which is on the rocks. She’s cheated on her husband while away on her trip, we learn, and there’s something very wrong, a malaise that’s bubbled to the surface.

Near the end, as the passengers prepare for an emergency landing, the woman recalls the hippie party where she met her husband. Rewind to the ‘70s – it was supposed to be a barbeque celebrating the summer solstice, but it was “two months late because the hosts had been too stoned to organize on time.” Alienated by a pig roast, the vegetarians stomped off and set up a separate camp. One couple even insisted on showing their home birth video.

The party was a sharp contrast with the woman’s staid marriage. “Her life with Tom was over as soon as her life with [her children] began. It was horrible but true – why bother to disguise it now? They both knew it, though they were too polite to say so.”

Sheila’s prose breaks open the neat, unexamined narrative of her character’s life, exposing the “heat and light” at the heart of her story. We talked about the piece in class, focusing on the passages where the narrative conflict burned brightest.

I studied her craftsmanship with the hope of imitating it, but as it turned out, I was lousy at fiction. For our first assignment, I turned in a story that was thinly veiled nonfiction at best. My classmates tore it apart; I left with a bruised ego and didn’t write for a week. For the next assignment, I decided to try something different.

“Hmmm,” Sheila said after she finished reading my first essay. I was sitting on a lumpy couch in her office in Rhodes Tower. “Maybe you’re a nonfiction writer.”

I hoped she was wrong. Writing about my family wasn’t just painful, it was taboo. I’d grown comfortable fictionalizing them; they were easier to deal with that way.

Sometime that first semester, Sheila announced she had cancer. Despite being sick almost the entire time I was a student, she never missed an appointment or critique. Classmates told me the same thing – Sheila was there for them.

The next semester, at Sheila’s suggestion, I took a nonfiction workshop. We read writers like Tracy Kidder and Susan Orlean, and learned that creative nonfiction strives for truth, not the fact-based objectivity of journalism. Nonfiction writers acknowledge that “truth is neither universal nor verifiable,” as Lee Gutkind, considered the “godfather” of creative nonfiction, has written eloquently.

Although the idea of “relative” truth sounds great in theory, I wasn’t sure that my family would appreciate the concept. What is a writer’s responsibility when it comes to truths about family? What if telling the truth pisses everyone off?

With Sheila as a mentor, I began to use creative nonfiction to explore my family’s stories. My grandmother had written an unpublished memoir; after reading it, I got inspired to tell her story. Using her book as a jumping off point, I wove together her words and mine, imagining dialogue and interior thoughts. 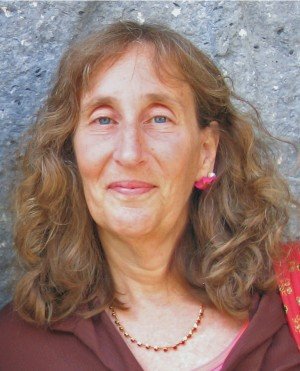 Sheila lost her fight with cancer eight years after that first semester I met her, after several rounds of chemo and remission. When a memorial was organized at The Lit, the now-closed literary arts organization in Cleveland, the place was packed with writers, students, colleagues, friends and family who’d written remembrances of her. Sheila’s husband, Dan Chaon, read a piece he’d written for The Rumpus focusing in part on why Sheila was a great yet overlooked writer.

“One of the things that I never could figure out was why Sheila didn’t become a well-known writer,” he read. “She was, herself, very modest and circumspect and philosophical about it, the world of writing was random, she said, but I was disappointed. She was so good, I thought, so brilliant sentence by sentence”

“She was doing things with tone and intensity that I thought were entirely original and brilliant. Her fiction walks this incredible thin line between hilarity and despair, between the absurd and the tragic, between detachment and compassion. She maneuvers with a dizzying, frightening grace — the way that Phillipe Petit walked the high wire between the twin towers of the World Trade Center.”

Not long before she died, Sheila finally found a publisher for her debut novel, Lies Will Take You Somewhere, a project that she’d worked on for 15 years. However, she didn’t live to see it published. The cancer came back in the summer of 2008, and she died that fall, a few months before its release.

The book is about a family divided by an act of betrayal – the main character, Jane, cheats on her husband and the family splinters apart. Sheila uses this jumping-off point to warn readers about the dangers of self-deception. Her novel explores where lying takes us.

It’s a difficult book, and Sheila doesn’t let us off easy. The Rosens “cannot be put back together,” Jane says at the end – instead, they must turn and “navigate like a stormy sea, with determination” the future that lies ahead. This bracing novel urges us to seek out truth in our lives, no matter how painful or unwelcome.

As I read Sheila’s novel, I was reminded of what an incredible teacher and writer she was, someone with a powerful ability to tell the truth in the classroom, in her life, in her writing. I miss her sharp wit and unexpected kindness. Whenever I conjure up a metaphor or use imaginative language to describe a scene, I’m back in her class again, digging into things, getting to the heart of the story.

Lee Chilcote is a Cleveland-based journalist, poet and nonfiction writer, and the editorial director for Issue Media Group. He is at work on a collection of poetry.