We Are Good In Glenville: A Visit To The Honey Do Club Neighborhood Bar


This essay is excerpted from Belt’s Cleveland Neighborhood Guidebook

Cleveland is a city of neighborhoods. Each tells a story with its own unique culture and history, the restaurant you have to eat at, and of course, a neighborhood bar. Being a Glenville resident my entire life, one would assume that I have ventured to my own neighborhood bar before 2015. On a Friday night when most of the city is leaving their distinctive neighborhoods to venture to the melting pot of fun in downtown Cleveland, we found ourselves on the northern side of Glenville’s boundaries at a small, quirky, corner bar on St. Clair Ave. called “The Honey Do Club.”

Walking into the bar, we were warmly greeted by an assortment of neighborly drinkers who welcomed new faces into their home. This is truly home for the regulars. Everyone who crossed the threshold got a loud, boisterous; “HEY Y’ALL,” accompanied by an open-armed hug from Sonny, the barmaid, who has been a staple at The Honey Do. “Sonny knows everyone who comes in here and she’ll get you right on the drinks.”

First impressions: this is not your TownHall or Barley House and it doesn’t have to be. The storefront bar which sits under an apartment suite on the corner of St. Clair and Vashti Ave is a dive bar in every sense and has the character of a neighborhood bar your average downtown Cleveland bar lacks, one being that it is extremely local. It serves the people who live within walking distance and those people know each other well enough to continue previous conversations from the night before and reminisce on the old times in Glenville. There are no fancy named cocktails and the bar prices are reasonable enough for all the regulars to be able to enjoy themselves without checking their bank statements at the end of the night.

Staff: the staff was overwhelmingly friendly. The owner, Maria Roscoe, has owned the establishment for over 15 years and Sonny, the friendly barmaid, has worked at the bar over a decade. “The Honey Do Club is Glenville’s “Cheers,” as one person put it. Everyone knows who you are, what your favorite drink is and of course, your name. Sonny enthusiastically poured us double shots of top shelf liquor as she told us stories of her family’s heritage, her experiences at the Honey Do Club over the many years she’s worked there and her love for everyone who comes in the bar, even going on to say “…we’re all family here, that’s why people keep coming here. 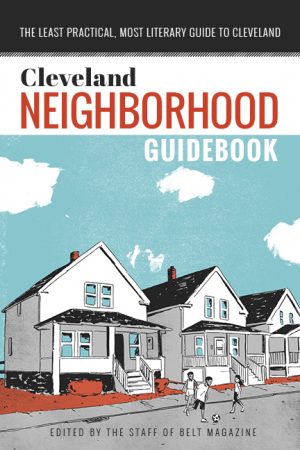 People: everyone is different. A family of different personalities intertwined in one place at the same time. It’s a little overwhelming at first, until you realize that the yelling man across the bar looks like your uncle and he’s yelling at your cousin and it all makes sense. The bar is full of colorful personalities that blend together organically. At its most crowded, the bar was packed from front to back with 100+ people laughing, joking, and having a good time. Even in the shotgun style bar, with little room to accommodate, dancing is so important the patrons somehow make it work. At one point an older man began doing splits down the bar, clutching his drink tightly while the crowd cheered him on.

There is definitely a lure to neighborhood bars. They encourage neighbors to be neighbors, they create and foster bonds and most of all, they keep culture strong. The Honey Do Club is an old place with a family feel and it is the locals in Glenville who keep the bar thriving and colorful. It’s a local, laid-back, and no fuss type of place that allows you to feel embraced as soon as you walk in. Glenville loves its culture and its people. As a lifelong resident of Glenville I loved being in an environment where I was around my neighbors from down the street, drinking and sharing stories of Glenville’s past and future. If you are looking for a true feeling of culture, without the top 40 pop and fancy named drinks, this might be the place for you. The past and future of Glenville, though, will continue to center around the cultural places like the Honey Do provides. Suffice it to say, we are good in Glenville.

Kathrine Morris has had her roots in Glenville her whole life. She is still a Glenville resident and is currently the Neighborhood Engagement Specialist at Famicos Foundation and works in the neighborhood that she loves in a meaningful way.

Buy your copy of  The Cleveland Neighborhood Guidebook directly from us here, or find it at local independent bookstores.