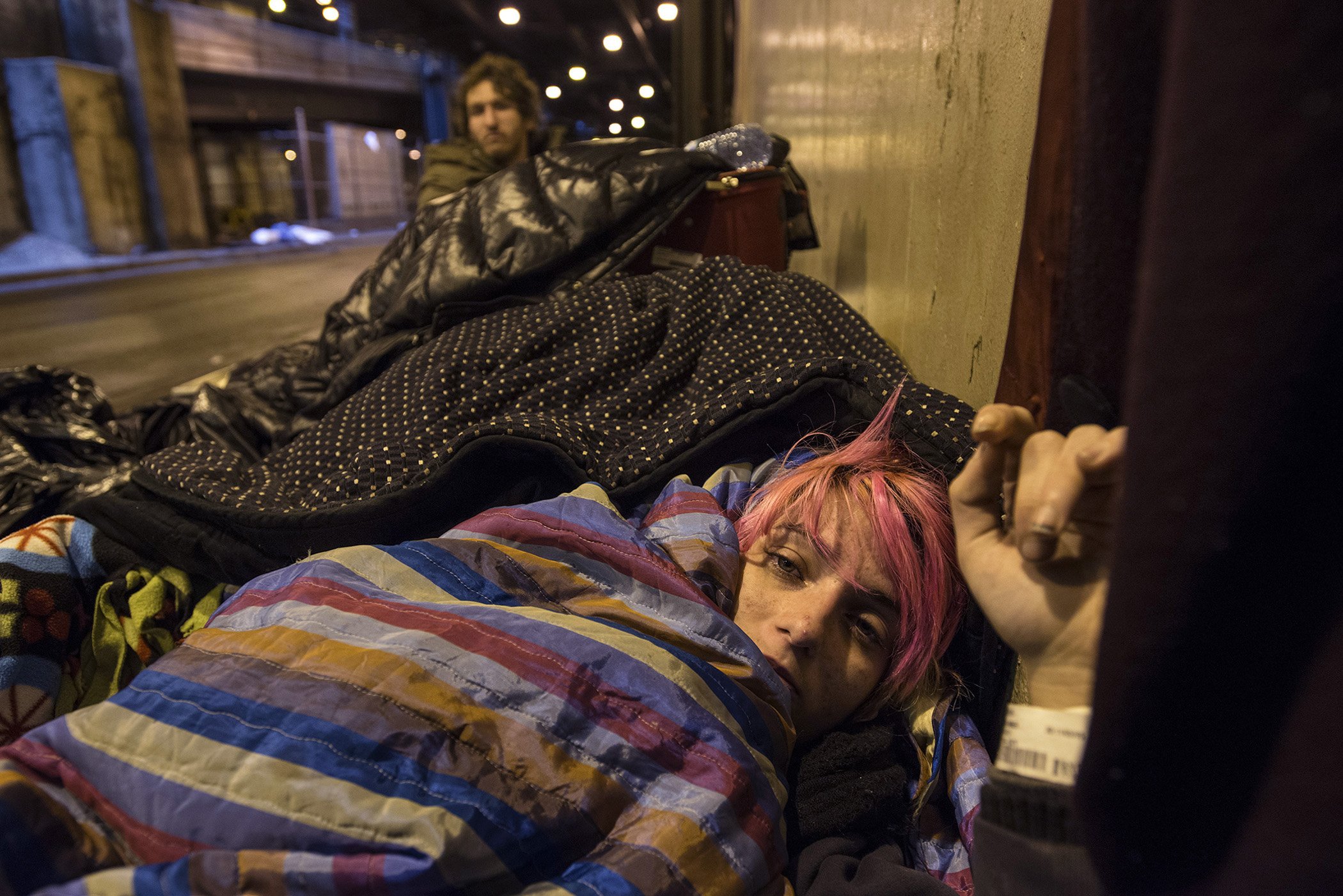 That was under Lower Wacker. She’s from the Northwest Side of Chicago but she’s lived all over the place. She’s young, like 20. She told me, and so did a guy that she was with, that she had been raped twice while she’s been homeless. So she hasn’t had an easy time of things. In that picture she was dope sick. She’s wearing a bracelet that shows she was recently in the hospital. She’s in and out of ERs all the time because life on the street is so difficult.