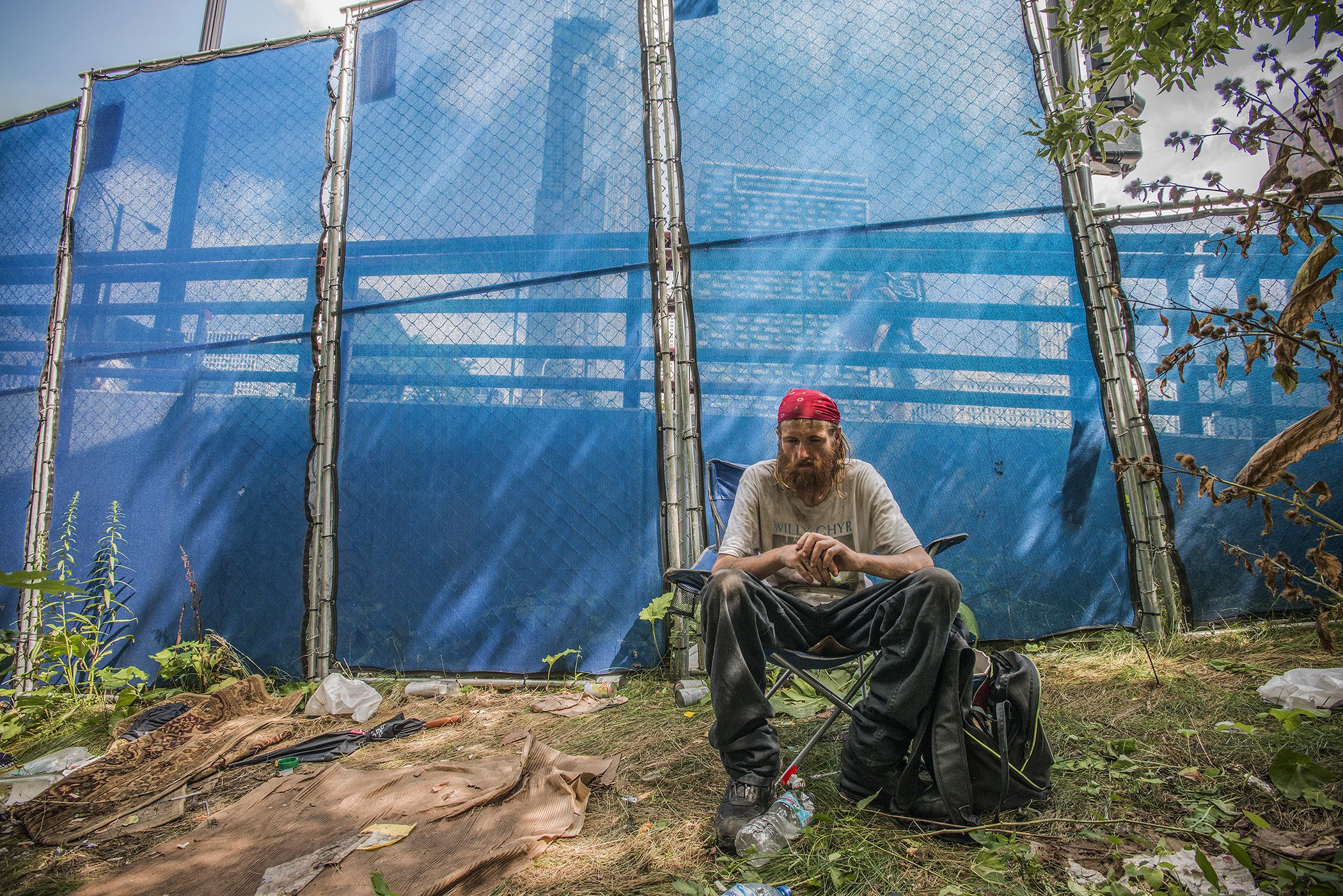 This is the day after Rhonda died. That’s along Chicago River near Harrison Street. Dan went crazy after I told him Rhonda died. He was beside himself. Rolled around on the ground screaming. I tried to calm him down but just had to let him go. But I stayed with him until he calmed down. He took it very bad. They were like husband and wife and sharing this incredibly difficult existence. When they first came from Western New York they were alcoholics. But then it was pills, then it was heroin, and then they became addicted.