The novelist John Williams (1922-1994) wasn’t much of a pitchman for his work. In the late 50s he wrote a letter to his agent, Marie Rodell, to discuss one of the books he was working on: the story of a reserved Midwestern college professor with an undistinguished career. “The point of the novel will be that he is a kind of saint,” he wrote. “Or, stated otherwise, it is a novel about a man who finds no meaning in the world or in himself but who does find meaning and a kind of victory in the honest and dogged pursuit of his profession.” Undistinguished. No meaning in the world. His pride in the work-in-progress is obvious, but so is a modesty that’s a touch suboptimal for a writer persuading an agent. 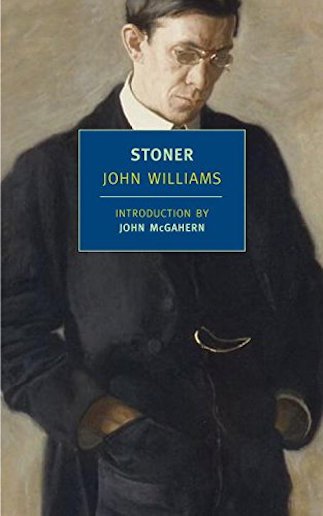 True enough, the novel, eventually titled Stoner, proved hard to publish. “I don’t see this as a novel with a high potential sale,” Rodell wrote him. He hoped that it would not be “treated as just another ‘academic novel,’” but publishers saw too much library mustiness on it: An editor at Simon & Schuster admired its prose but felt that “it has such a pale grey character that it would be most unlikely to earn its keep in hard covers.” Finally, in 1964, Viking took a modest flyer on the book, advancing Williams $1,500. As for sales, Rodell was right.

I only know all this, though, because Stoner is now a genuine phenomenon. In the past decade it’s elbowed its way into the canon on the enthusiasm of critics and readers — in November, the New York Review of Books, which stoked the revival of the book with a paperback reprint in 2003, delivered a 50th anniversary hardback reissue that appends Williams and Rodell’s correspondence. After decades of neglect, it now comes literally wrapped in fulsome praise: A bright promotional band around the cover includes contemporary raves from Emma Straub (“the most beautiful book in the world”), Chad Harbach (“a quiet classic”), and Bret Easton Ellis (“almost perfect”). That last assessment one-upped by a quote from Morris Dickstein on the back cover: It is a “perfect novel.”

That’s overheated praise even by blurb standards, but I come not to contrarian-hot-take Stoner. It is indeed a beautiful, well-made, finely hewn book that’s admirably simple. Simple because it truly is about nothing more than what’s explained in its opening pages: An English professor who was born, was moderately esteemed, and died. Admirably because Williams’ emotional sensitivity toward his subject in the face of his numerous disappointments — a controlling wife, a detestable department head, an ill-fated affair — is so acute. William Stoner was the smartest man in the room, both in terms of emotional intelligence and grasp of classic literature — he was just too modest to let on. The most remarkable aspect of Stoner may be that it is a novel of pure character in way that contemporary novels aren’t allowed to be. So much so that even that “kind of a saint” business Williams pitched to Rodell doesn’t quite wash. If he absorbed arrows like St. Sebastian did, it wasn’t out of any quest for martyrdom — he avoided enlisting during World War I, and nothing in Stoner implies that living for literature is a holy act, or that dying for it is a noble feat. 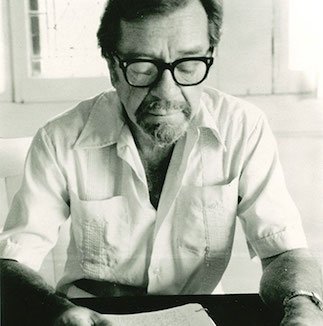 But the placid thematic blankness of Stoner, the purity of its evocation of intellectual passion and emotional heartbreak, can’t be left well enough alone, even by the people who’ve stoked the novel’s resurgence. In a 2013 Boston Globe article, NYRB editor Edwin Frank argued for its anticonsumerist sensibility, proof that “America, too, has a certain existential exposure, rather than being a lot of people who are buying washing machines.” The following year, Steve Almond wrote about it for the New York Times Magazine, using Stoner as a way to tut-tut our current lack of gumption: “To read the book today is to recognize how shallow our conception of the heroic has become.” And last month, Maggie Doherty wrote in the New Republic about how crushing Stoner reads in light of today’s adjunct-abusing academic culture.

And so on: A thread on Reddit about the novel claims it as a study of what it means to be a good person, “the blight of mediocrity that smites so many of us,” and disputes whether or not it’s an “example of stoic atharaxia [sic] and apatheia.” No book repels criticism, but few novels have baffled and befuzzed attempts to apply meaning to it quite like Stoner. Perhaps part of its appeal is that it is so defiantly un-think-piece-able, or at least a subject upon which think pieces wear poorly.

There’s a passage from the book where I think Williams makes his intentions clearest. As Stoner’s affair ends and he settles into the twilight of his career, he takes a moment to contemplate his hardscrabble Missouri farm-boy heritage:

“Deep in him, beneath his memory, was the knowledge of hardship and hunger and endurance and pain. Though he seldom thought of his early years on the Booneville farm, there was always near his consciousness the blood knowledge of his inheritance, given him by forefathers whose lives were obscure and hard and stoical and whose common ethic was to present to an oppressive world faces that were expressionless and hard and bleak.”

Three times in two sentences, Williams points out that life is hard — the world makes things hard, and we respond to this hardship with hardened faces. And there’s no negotiating out of this — it is “blood knowledge,” simple and elemental as life itself. “Life is hard,” though, makes for a poor hot take.

On the evidence, that’s how Williams would’ve wanted it. Famously, Stoner received very little media attention and few reviews. (Kirkus, perhaps channeling the Simon & Schuster editor who rejected it, bemoaned its “monochomatic shades of grey.”) But in one newspaper interview, Williams explained that he was determined to have the novel escape the clutches of those who would apply larger meaning to it. “I knew I was going somewhat against the fashionable novel of my time,” he said. “I wanted to write a novel which was honest rather than sensational, which would hold the attention of the reader without resort to gimmicks and inventions, and which would be moving primarily upon that level on which we are moved in life; in short, I wanted to write a novel that was almost wholly devoid of ‘symbols’ and I wanted to do so out of an odd conviction that human beings are important, not because they are ‘symbols of something,’ but because they are human beings.”

As ever, Williams was a poor pitchman for his work. But it was an honest pitch.