Introduction To The Whiskey Rebellion And The Rebirth Of Rye

The Whiskey Rebellion and the Rebirth of Rye publishes under Belt Publishing’s Notches imprint in November 15, 2017. Pre-order your copy here. Below is an introduction.

By Mark Meyer and Meredith Grelli

Opening a whiskey distillery was a lark for our family, an idea inspired by a bout of wine drinking while visiting family ice vineyards on a trip to Canada. We are not a family of barflies. We are a family that loves great food and drink, history, and our region of western Pennsylvania. These are the things that brought us to rye whiskey. When we started our distillery, these passions fueled us through the first five years of immense financial investment, government lobbying, nonexistent or limited salaries, and persistent twelve- to eighteen-hour workdays.

Our motivation to write this book comes from a similar place. America is currently undergoing an explosive rediscovery of rye whiskey; according to the Distilled Spirits Council of the United States, sales of the spirit grew 536 percent between 2009 and 2014. Despite rye’s status as America’s original whiskey, much of its history remains submerged beneath decades of marketing around the more popular Kentucky bourbon. This book is our effort to revisit that story, pique our country’s interest in America’s original whiskey, and revisit the remarkable national history that revolves around its production.

In the first part of this book you will read about the Whiskey Rebellion that pitted George Washington and Alexander Hamilton against rural Pittsburgh distillers, about how rye whiskey produced one of America’s robber barons, and about how it helped give birth to the American steel industry. Much of this history is based in western Pennsylvania, as rye whiskey was to that region what bourbon is now to Kentucky. We do not attempt herein a comprehensive history of rye distilleries across the state, nor do we even approach Maryland’s rye history, which is quite interesting and important as well.

While the area around Pittsburgh is now well beyond its industrial heyday, the city’s name still conjures images of belching smokestacks. The rye whiskey that fueled these industries, however, has been largely forgotten in the American imagination — a history wiped out by the long slog of Prohibition. But the impact rye whiskey had on our country’s first 150 years cannot be overstated. The western Pennsylvania distilleries inspired the country’s first tax, launched the first test of federal power, fueled the businesses of America’s great industrialists, and lubricated the Republican political machine. They’re too important a piece of our national story to collectively forget. This short book is our modest contribution to this effort and draws on the work of many writers before us. Our hope is that it inspires others to capture the stories of the multitude of important distilleries that made Pennsylvania their home pre-Prohibition. 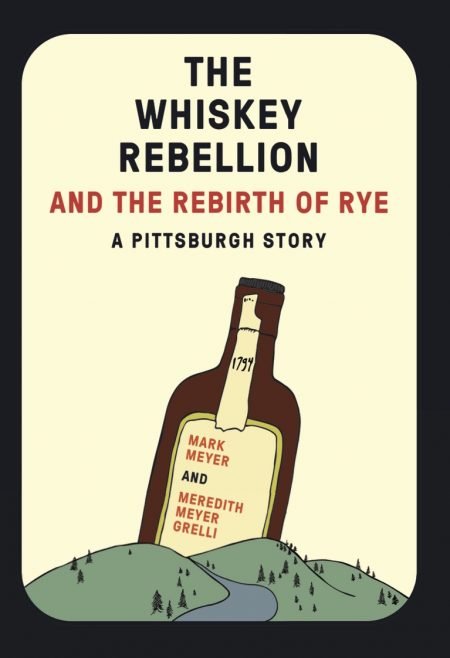 The second part of the book explores the current state of the American rye whiskey industry and where it may be headed. American whiskey never fully recovered from the dramatic blow delivered by Prohibition. In chapters three and four, we explore the consolidation of the rye whiskey industry — one of the most dramatic industrial consolidations imaginable in America — wherein we moved from tens of thousands of distilleries in the United States to just two major producers of rye. We also explore how this industrial consolidation resulted in one of the most stagnant and misleading consumer product landscapes in the country, and how the rise of grain-to-bottle craft distillers promises to reinject American rye whiskey with its original spirit of place and regionality. Today’s craft distillers are channeling the fighting spirit of the eighteenth-century whiskey rebels. They’re also situating themselves in communities much in the same way that distillers did before Prohibition — as community builders with a product intended for men and women of all stripes.

Rye is not an easy whiskey. It’s big, spicy, and robust. At its most aggressive it can kick you in the face. At its best it has a character and depth singular to its grain. Rye has a backbone that made it the muse for America’s classic cocktails — the Manhattan, the Old Fashioned, and the Sazerac — as well as the ones developed by western Pennsylvania bartenders that you will find in this book. We encourage you to sit back and enjoy one of these classic drinks as you rediscover the story of this lost American whiskey.

___
Mark Meyer and Meredith Meyer Grelli are co-founders of Wigle Whiskey, a family owned and operated craft distillery based in Pittsburgh’s Strip District.

The Whiskey Rebellion and the Rebirth of Rye can be ordered here.

For media and publicity inquiries, contact Dan Crissman at Dan.Crissman@gmail.com.