Irreverent Passion and a Rooted Ethos 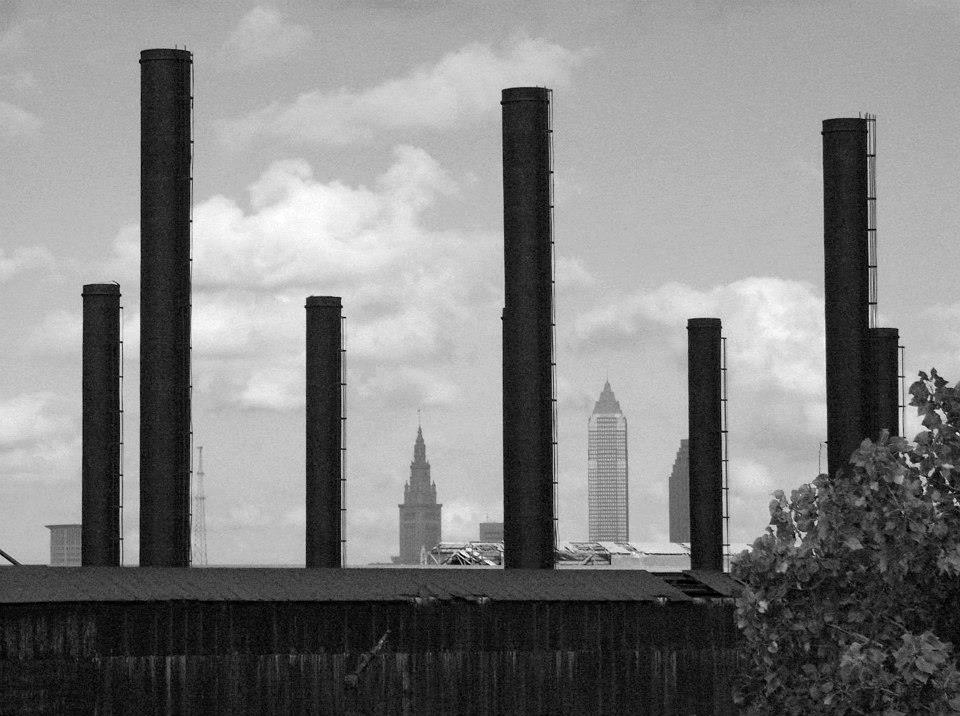 It is hard not to notice the resurgence of Cleveland pride, whether it’s proudly worn “216” t-shirts or the seemingly national embrace of “Rust Belt Chic.”  There are shoots of change occurring in town that give good cause for optimism and pride in our rich history as a legacy city.  Downtown is drawing back businesses and residents.  Bright spots of tech start-ups and venture capital are attracting attention.  A makers’ movement is beginning to spill out of previously abandoned industrial buildings and warehouses.  Manufacturing, of all things, is a growth industry for the region. Many, like myself, are moving back from escapades on the coasts to raise families, to start businesses, and to re-embrace what embarrassed us at 18.

Despite much cause for optimism, there is a darker undercurrent that still remains firmly in our consciousness as Clevelanders.  There remains a sense that we are stuck.  That a majority in our region, the people and the institutions, are a bit parochial and resistant to real change.  Recent studies have set forth empirical evidence of what we all already suspected:  Cleveland lacks an influx of ideas and a global connectivity which mark most growing modern metropolitan areas.  Our problem isn’t “brain-drain,” as such, but rather a lack of an influx  of migration, ideas, and global connectivity.

[blocktext align=”left”]There is a sense, then, in which “Rust Belt Chic” is at odds with the need for an influx of ideas and change brought by migratory churn and global connectivity.[/blocktext]There is something about the Rust Belt authenticity which isn’t chic at all—it is stuck and resistant to change.  It is insular and its communities balkanized.

There is a sense, then, in which “Rust Belt Chic” is at odds with the need for an influx of ideas and change brought by migratory churn and global connectivity.

Yet, this tension is really not problematic at all.  In fact, it is inside this tension that lasting authentic change and growth can come to Cleveland.  I would like to connect “change” to our rooted “ethos.”  What sometimes manifests as being insular or resistant to change is, at root, a positive and deeply rooted ethos.

The ethos is something difficult to define, but which Clevelanders know intuitively.  It is that deep sense that the things we build are a result of hard work and long-term struggle.  The things we make with our hands, the objects produced by the harsh monotony of the factory—even our communities, forged through struggle over decades—are the products of our building.  And we build things to last.

Yet, for many boomerangers or progressive young(ish) people I know in Cleveland (myself included), the culture of Cleveland’s insularity and resistance to change can be quite frustrating.  The upcoming generation of Clevelanders cares little about the traditions of yore.  Recently, an exuberant Pittsburgh blogger captured the enthusiasm and spirit well:

[blocktext align=”right”]I would like to connect “change” to our rooted “ethos.” What sometimes manifests as being insular or resistant to change is, at root, a positive and deeply rooted ethos.[/blocktext]“[I]n the next ten years Pittsburgh’s going to be resettled by a wave of people in their 20s and 30s who will not wait for change.  They will not nod their heads at cozy backroom deals over stadiums or rail terminals or other publicly traded lands. They won’t listen to billionaires breaking the law who talk about “takings”. They won’t let their neighborhoods be shoved aside by lazy development or substandard schooling or indifferent local government. They will be the government.”

There is something absolutely refreshing in this passionate irreverence.  This is how to bring new ideas and an influx of migration and global connectivity.

I have lived this passionate irreverence.  Fighting for low-income housing in Chicago; suing cities for sweetheart deals to private developers using taxpayer land or money; fighting for community benefits agreements even while promoting such developments; fighting alongside low-income workers to keep hospitals open in low-income neighborhoods; fighting voter-id laws targeted at low-income communities.

Yet, for me, there is something off-putting about this irreverence, too—even as I place myself in the same category.  There is little check on this kind of “big idea”-change to keep Cleveland authentic.  For these change-makers, “Rust Belt Chic” is little more than a garment to wear, or a smoke-stack in the skyline.  Precisely because this group is often more globally connected and has gotten a taste of Austin, Portland, and Brooklyn, their “big ideas” threaten—one unintended consequence built upon the last—a mindless march toward our loss of identity.

It might seem easier, more natural, to bring big ideas into the menial or parochial to inform them in some way.  It may make it feel more noble or part of a larger whole.  But I find it much more meaningful, now, to bring the daily slog of hands-on work into theoretical thought.  I am finding the intuitive thought derived from daily monotony, with introspection, to be razor sharp in cutting away the fat of theory. The seemingly banal forces an attention to human detail and valuable human history that a well-intentioned “big idea” fails to engender.

[blocktext align=”left”]Our goals must not be “change at all costs!” Rather, the manner in how we change matters. The distributive benefits of our change matters. [/blocktext]These days, my passionate irreverence takes a different hue:  working with my hands to produce furniture; opening up a workshop to the community and other aspiring makers to enable their own endeavors; working toward internships for low-income kids to learn a craft; joining my fellows to help make Cleveland’s independent furniture-making scene a growth industry.  These are things that have remarkable possibilities, but will be built slowly over time.

“Rust Belt Chic”—seen not as a loose-fitting garment, but as an ethos of hard work and methodical building of something that lasts, benefiting the greatest to the least among us—is a powerful counter-balance to “bring Silicon Valley to Cleveland!”  Let alone the habits of consumption that would follow.

Our goals must not be “change at all costs!”  Rather, the manner in how we change matters.  The distributive benefits of our change matters.  It is an aspirational pragmatism.  Big ideas for change, rooted in a substantive ethos of how lasting change happens.

I will reject the “we need influx of ideas and migrants” narrative if it means we become Portland, unmindful of the value of how our rich history and ethos can inform that change.  And I will also reject the “Rust Belt Chic” narrative if it means we glorify our roots and neighborhoods without an open ear to the different-looking neighbor who moves in or ignore the migrant challenge to our parochial ways of being and managing.

Can we live in the tension between a desperately needed irreverence and the subtlety of our rooted ethos? If so, how?  I look forward to the unfolding answer.

“Irreverent Passion And A Rooted Ethos” by Peter Debelak appears in Dispatches from the Rust Belt: The Best of Belt Year One, our first-year print anthology. Order the book here: http://bit.ly/BestOfBelt