When I visit Japan, I expect the unfamiliar. I expect to get lost. As Barrie Shelton writes in Learning from the Japanese City (Routledge), many Westerners find Japanese cities to be “cluttered, garish, unfathomable and, seemingly, without trace of urban planning.” Shelton’s book is an attempt to correct these Western assumptions of what urban planning should be. Once you let go of Western design demands, he argues, the Japanese streets can become easier to traverse, or at least less frustrating – since the expectations are often what frustrate us, not the actual lay of the land. It’s like mistaking the map for the terrain. Let the terrain beneath your feet guide you rather than the mental map of expectations that can constrain your movement. 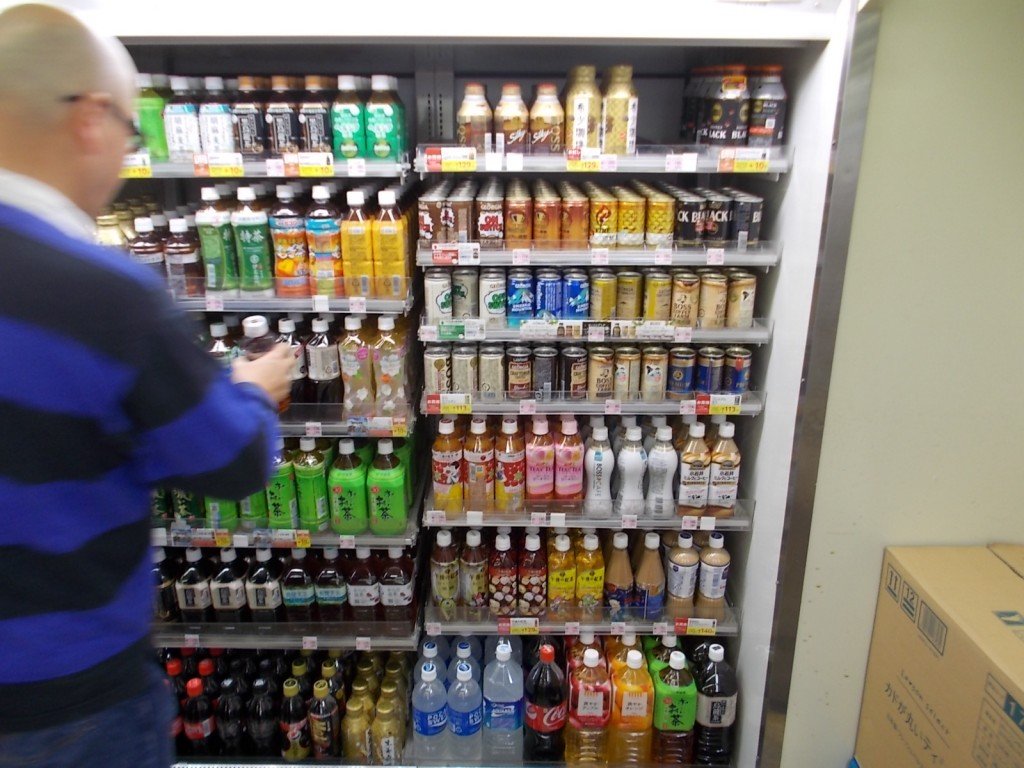 Yet, not everything in Japan is unfamiliar. I expected to see McDonald’s and 7-Elevens. I knew there would be Coke or Pepsi contained within the multitude of vending machines spread throughout the country. Although the multiple flavors of Kit Kats (wasabi, green tea, red bean, etc) were different, the edible medium was basically the same. But what I didn’t expect to see was a familiar institution from my youth that closed shop as I entered high school. Coming around a corner or down one of the many winding streets and alleys, I didn’t expect to see a Lawson’s convenience store.

Lawson’s is all over the place in Japan. The Lawson’s stores that originated in Ohio (Cuyahoga Falls lays claim to the first) would be converted to Dairy Mart in the U.S. after that company took over in 1984. But in Japan the chain has kept the original name. Japan has kept the old school milk bottle icon, the same font for the store name, the same hue of blue around both. And every single sighting of the signage in Japan had me recalling the same sign in Berea along Front Street next to Mr. Hero’s, less than a block away from the old, since razed movie theater and, in the other direction, the home of the best chocolate chip cookies anywhere, Dick’s Bakery. I had constant moments of what felt like misappropriated nostalgia in Japan whenever I saw a Lawson’s. 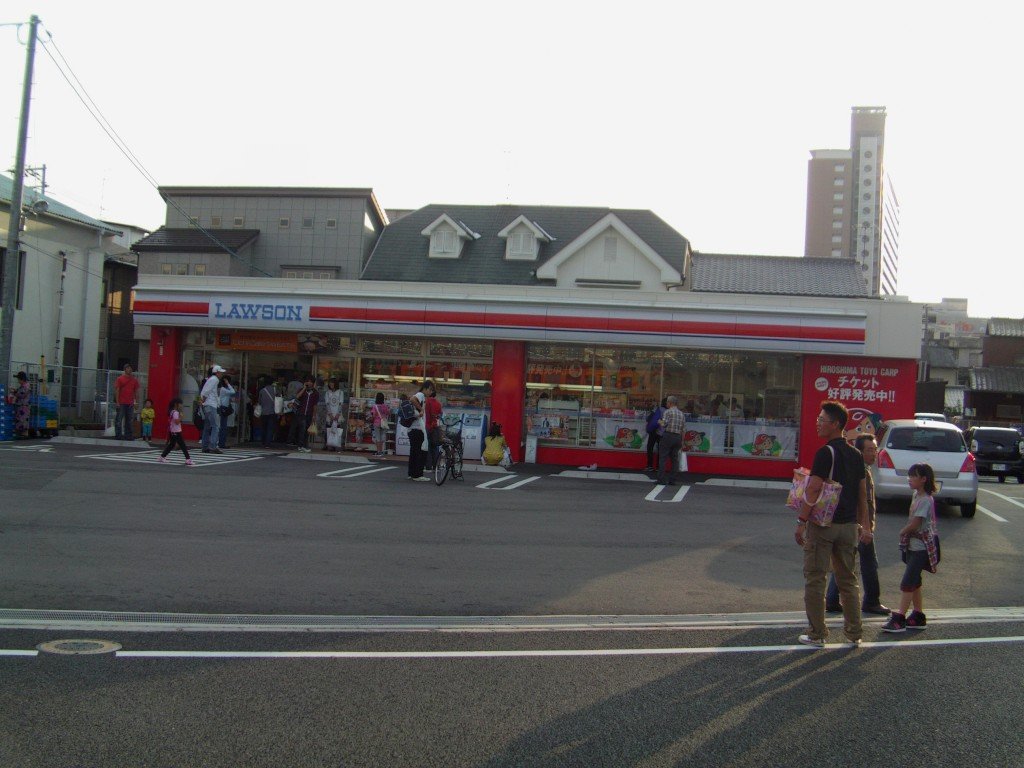 Lawson’s wasn’t the “hangout” spot in my youth, but it was a place we would often go for childhood essentials. We’d go there for the occasional pop or ice cream novelty in the summer. We often went just for the air conditioning during blistering August months. We’d pay our admission with a Popsicle or pack of Bubblicious. It acted as a respite over hazy summers before we reached the age when we were expected to work when school was out.

Lawson’s relationship with Japan began in 1974, when Lawson’s was owned by Consolidated Foods in the U.S. The first Japanese store opened in Toyonaka City in Osaka Prefecture in 1975. (Prefectures are the equivalent to what we in the U.S. call states.)  It was around this time that The Daiei Inc. one of the largest supermarket chains in Japan, became a wholly owned subsidiary of Lawson’s in Japan. That’s business speak for 100% ownership, which means Lawson’s in Japan became separate from Lawson’s in the U.S. The first store opened in Okinawa in 1997, and you can now find a Lawson’s in each one of Japan’s 47 prefectures after an Okinawan store finally opened in 1997. Mitsubushi Corporation would eventually become the main shareholder and Lawson’s presently sits as the second-largest convenience store in Japan, only surpassed by 7-Eleven, whose parent holding company is also Japanese. 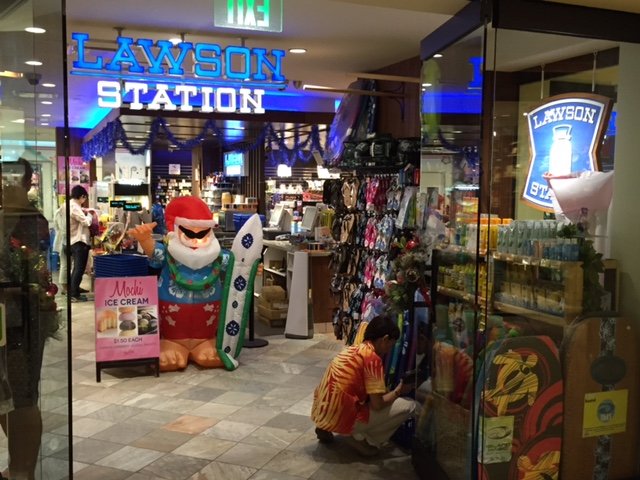 I hope more of the history of Lawson’s is revealed by scholar Gavin Hamilton Whitelaw, who is working on a book about kombini – what convenience stores are called in Japan. Specifically I’m curious to know if Whitelaw can clear up some confusion I’ve had about Lawson’s since I saw my first one in Japan. While the U.S. lost possession of Lawson’s, it appears that Lawson’s in Japan lost its possessive. In Japan, it is ”Lawson,” not ”Lawson’s.” I always remember referring to Lawson’s with a possessive. I’ve checked with other Clevelanders my age and they too recall always referring to it as “Lawson’s,” whether that possessive existed on the signs or not. Then I went and did what the kids do these days: I checked online. Finding images of Lawson’s past, I have evidence it possessed a possessive and that my memory isn’t that faulty.

With the outside only slightly different, the inside is nothing like I remember. Like any other kombini, Lawson is filled with onigiri (“rice balls” that are often actually triangles), instant ramen, and canned coffees. You’ll find as much bottled tea, if not more, than pop. (And the “cider” you find in a Japanese Lawson is actually pop, not the alcoholic variety.) Plus, you’ll often find fax machines. Yes, like the Vatican, the Japanese still find facsimiles useful. 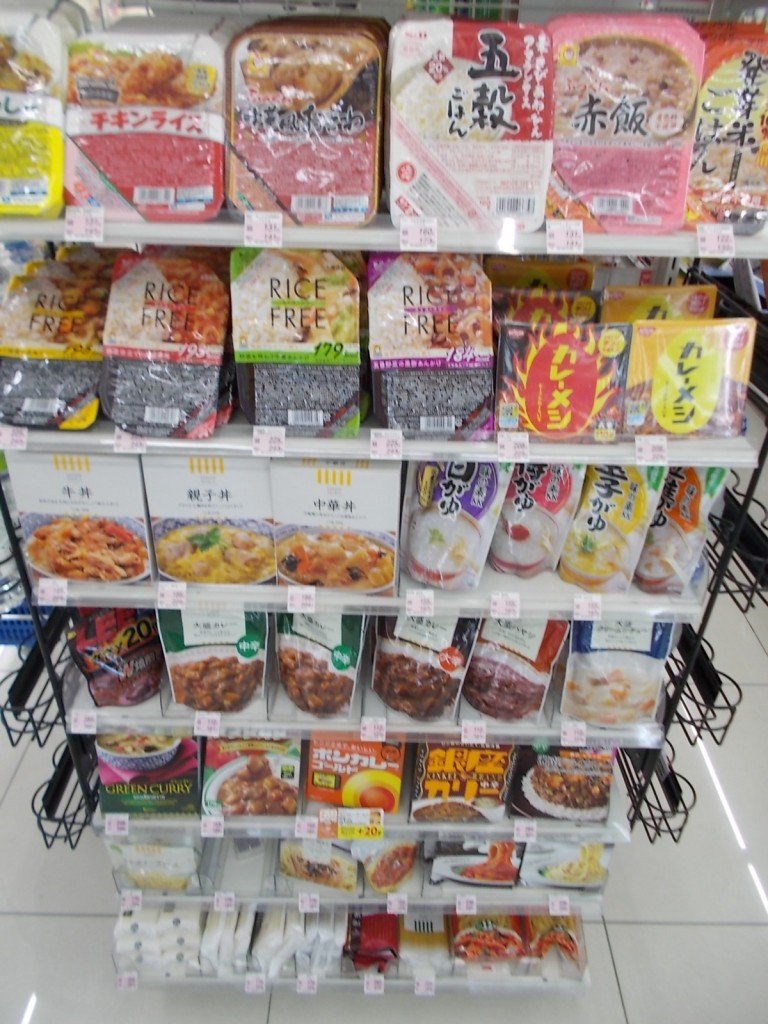 Like a book’s cover, the surface of Lawson resurfacing in Japan is deceptive. It’s a renewed impression after a long absence, like meeting a high school friend in a distant city long after you left your hometown as well. The friend you knew back then is still there, in some ways, but college or new geography and general adult pursuits have molded them into a different person. The milk bottle icon of Lawson is still the same, but what’s inside the store has shifted. Lawson convenience stores didn’t return home after its year abroad; it didn’t just extend its stay as an ex-pat. It stayed abroad to obtain full citizenship. Interestingly, Lawson is slowly moving back into the U.S. Along with ventures in Indonesia and Thailand, you will now find them in Hawai’i.

Still, I can’t help but feel something Proustian on my skin as I walk into a Lawson kombini during a humid August in Japan and feel the AC’s cold breath on the sweat dripping down my neck. The shivering is more than just a physical sensation. It’s a memory manifesting, a remembering of things past, a past that has reappeared in new form many miles away from where I first experienced Lawson’s convenience.

Adam Hartzell grew up in Berea, Ohio. He has been writing for the premier English language website on South Korean cinema, Koreanfilm.org, since 2000. He writes regularly for other websites such as Fandor and VCinema. He has written about the director Hong Sangsoo for festival retrospectives, the book The Cinema of Japan and Korea (Wallflower Press), and for a panel on Hong at the Society for Cinema and Media Studies 2014 conference. He provided several contributions for the Directory of World Cinema: South Korea and will be contributing to the upcoming Directory of World Cinema: Canada, both from Intellect Books. Adam presently lives in San Francisco with his wife, musician Seiko Takada.