Lamentations Of A Clevelander In Exile

I moved to Cleveland on a whim in 2004. I met a girl while visiting a Clevelander friend and I fell in love with both the girl and the city. The rock-and-roll mythos, blue-collar grit, pierogies — I was wonderstruck. In my home of St. Louis, another second-tier Rust Belt city mostly forgotten by the coastal Brahmins, friends and family found it baffling to hear I was moving to Ohio after only a 72-hour visit.

The city’s name was uttered by St. Louisans (whose municipal self-importance is attached exclusively to their historic baseball records), with a bilious dismissal, coupled with an oblique skepticism that was mystifying for both their utter lack of self-awareness as residents of an equally irrelevant Midwestern necropolis, and for the lack of evidence to support their suspicions that Cleveland must be a uniquely awful place. If the sentiment could have been given a color, that color would be ocher.

True, it was difficult to explain in why I fell in love with CLEVE-land. I was admittedly twitterpated, but there is no discernible reason why a nineteen-year-old kid should pack up and move to Cleveland with the high-watt enthusiasm warranted by, say, California in 1969. Why would anyone derive meaning from the acquisition of an Ohio driver’s license, or even the prospect of my new swing-state vote actually counting? But the question misses the point: it’s non-rational. It’s love. 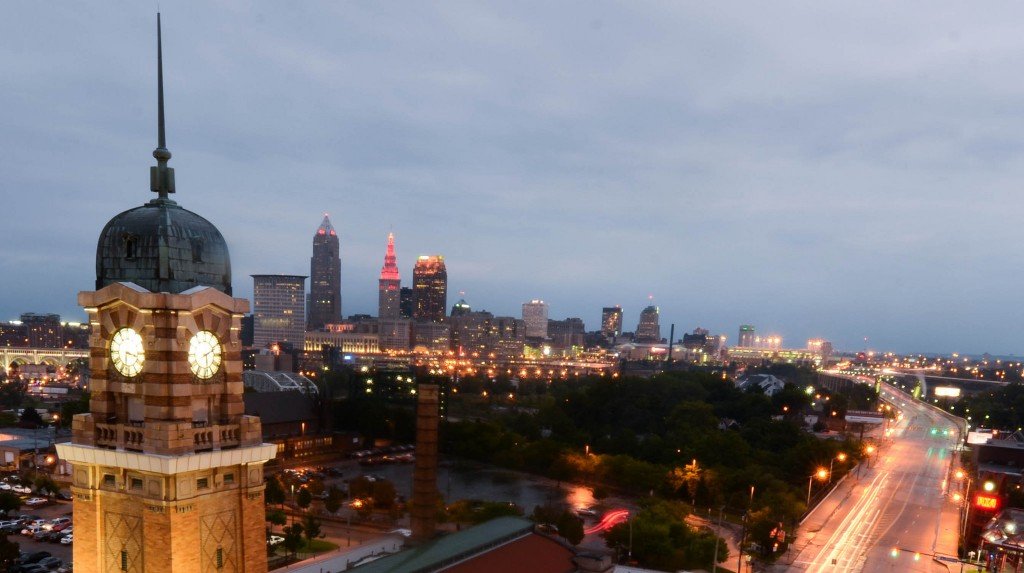 The neighborhoods seemed better integrated, and the girl (now my wife), a Cleveland native, imagines that this is because people there “are more or less on equal footing,” resulting in a sort of socioeconomically-driven civic interdependence. Perhaps because Clevelanders are ontologically invested in even the city’s most modest successes, they are thereby invested in each other. Not by any means a culturally heterogeneous utopia, there is nonetheless a sense that one is a Clevelander first, and then whatever else in a list of individualized identities.

Even fandom is diverse. I remember seeing fans of all colors and ages surge Carnegie and Ontario for Cavs and Indians games. In St. Louis, a city whose Sophoclean racial tragedies have played out in and fallen largely on deaf ears in the exurbs, the Cardinals Nation furnishes all the gusto necessary as the deity of the municipal religion. A recent trip to a Cards game confirmed my suspicions that the fans are almost unanimously white, and in St. Louis, where post-white-flight exurbs stretch out 45 miles, I saw how the vacant downtown area became, on game days, crammed with the SUVs and minivans of white fans who live in other counties. By contrast, friends from downtown and Greater Cleveland all pack lots outside of FirstEnergy Stadium in subzero temperatures to tailgate, even though the Browns will almost certainly lose. The fans are in for the existential long haul, in both sports and municipal pride. In short, Clevelanders really, really give a shit. 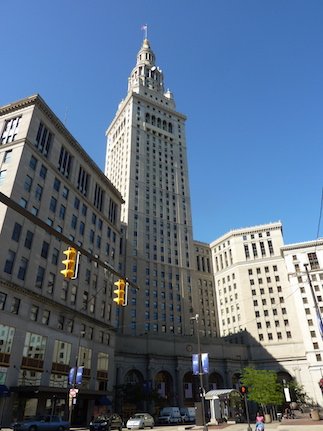 And yet, Clevelanders seem immune from the excessive self-awareness that undoes what makes it such a special place. There still seems to be no leveraging of cultural capital over comparable cities, and an only marginal advent of gentrifying condo-developers and tech culture that both hideously homogenize and render the historical neighborhoods inaccessibly expensive as it has in hipper parts of Portland, Austin, and Seattle. Within the Clevelander’s constitution, contentment is mistaken for submission. To quote Josh Cribbs, Cleveland “almost always almost wins,” and there is something about that that is so fucking Cleveland in such a Polish Boy-delicious way.

I first left Cleveland in 2005, to return to St. Louis for a few years of college. I returned in 2009, but left again in the winter of that year, when I shipped off for basic training. I remember blissing out at the prospect of returning to Cleveland after college graduation, but the dismal job market helped me rationalize military enlistment for reasons that now seem disturbingly opaque. Over the ensuing years, when I was everywhere but Cleveland, a road trip glimpse of an Indians bumper sticker, a guy on Oahu shamelessly decked out in Browns paraphernalia (in broad defiance of unambiguous local meteorology), or a chance mention of Cleveland in national news was enough to send me into a tailspin of crippling estrangement, the stress-induced cortisol reaching up through my throat to seize whatever part of the brain that governs guilt and remorse.

And so I wonder: were my reasons justified? Northeast Ohio has first-rate schools; why didn’t I just go to college there? Can I be held accountable for the cost-benefit analysis conducted at age twenty, when moving into my parents’ Missouri basement to make college cheaper made sense? Moreover, did my recession-aggravated student loans merit yet another flight from my beloved adopted hometown? Any sympathetic reader would likely think so, but I don’t pardon myself. Because the Cleveland thing to do would have been to stick it out. To put in the time. Do the work. And then have a beer, because it’s not that bad.

But I don’t deserve praise for loving Cleveland and simply choosing to live there. I am not a native son; my wife is, my son is, but not me. I’m the noob; I’m the one who left twice. Although my justifications are pardonable and to most, honorable pursuits for which it would be ridiculous to ask forgiveness, that’s exactly what I want, Cleveland: your forgiveness. You’re the ones who stayed behind. It didn’t occur to you to jump ship, because you balk at the notion that the ship was even sinking. The artists, the graduates, the small-business owners, the teachers, the waiters, the parents — all who stayed behind — they are Cleveland, and someone should sing their song. Brain drain has plagued Rust Belt cities for decades, as their best-trained and educated citizens light out for jobs on the coasts. But recent statistics confirm what we exiles have all been sensing as we are called back to the beacon of Tower City like drones to the hive. This place is actually not that bad!

After six years in the military, I’ve lived in some of the country’s most attractive (and expensive) zip codes — the Bay Area, Hawaii, DC Metro. So why do I drool for Cleveland grey, for Ohio hills, for Midwestern affability, for the lovable menace of a lake effect winter and the relentless, un-killable hope in the city and its future? Is it the same unknowable id that induced a bitter weeping at the 2014 Cavs season opener video, “Together”, after LeBron James’ messianic return? I’ve met well-intentioned people all across the country who go out of their way to explain to me the folly of my plan to return home, as if the correct combination of words will result in my persuasion. “What are you going to do for work!?” “You’ll be in a box under a bridge!”

I’m told the jobs are elsewhere, and my febrile obsession with Ohio is doomed to destitute me. And yet, I cannot wait to come back home.

Because Cleveland is home.

___
Andrew Higgins graduated from Lindenwood College and is an MFA candidate at Miami University in Oxford, Ohio. His stories and essays have appeared in The Rumpus, The Vehicle, and 0-Dark-Thirty. He is very much looking forward to moving back to Cleveland this summer forever after a six-year stint in the Air Force as a language analyst.