I’ll Be Home for Cleveland 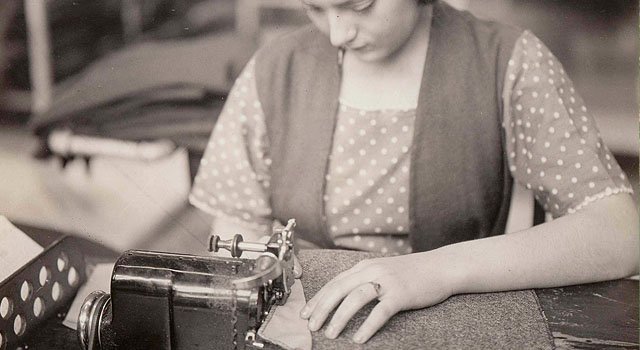 I left Cleveland in September of 2012, my car windows steamed and opaque from the panting of two unhappy dogs. I’d practiced my departure for years. When I walked my dogs at dusk, I’d stop and pay attention to the way the tops of the trees reflected the sunset on the lake, to the early glow of the dinner hour in my neighbors’ homes, to the groaning of the big oaks overhead. “Will I remember this moment, this exact moment when I’m gone?” I’d ask myself. I knew I’d leave at some point, and I wanted to memorize Cleveland.

But I couldn’t imagine leaving.

Not that Cleveland had been a destination, at least not until a few months before I arrived. I grew up in California. Ohio was Iowa was Idaho to me—states with an excess of oh and not enough differentiating syllables. But I wound up going to college at Antioch in Yellow Springs, Ohio, dropping out, and then moving to Cleveland in 1972 with a group of radicals and rabble-rousers. We picked Cleveland for our exhortations because it seemed suitably volatile, with all those workers from Ford and Republic Steel and the other factories, all their potential discontent, and all that racial simmer and boil from the 60s. If you have the grandiose notion that you’re going to change the world, it makes sense to go where people have good reason to do so.

But I was supposed to be talking to everyone about Marxism, not football! I was never good at it. I lasted at this job until the radio played “I’ll Be Home For Christmas” on my way to work one morning, and I think I quit that day and begged my parents to fly me back to California for the holidays. I was never so glad to get out of freaking Cleveland.

I worked at a few other factories that are now closed, then delivered my son in a hospital that’s also closed. Had my daughter a few years later in a hospital that is now the size of a small city.  Friendships began and accumulated.  Traditions followed. I grew to love Cleveland—not just in a fond, sentimental way, now that I’m gone, but as I lived there.  I had a good life. And really, 40 years?

The weird thing now is that I don’t miss it much because I don’t feel severed from Cleveland, despite the 2,500-mile gap. Some of this has to do with my own magical thinking. I feel as if my Cleveland friends are always with me, riding around on my shoulders along with my dead mother, still the audience for whom I observe and interpret my life.

[blocktext align=”left”]I feel as if my Cleveland friends are always with me, riding around on my shoulders along with my dead mother, still the audience for whom I observe and interpret my life.[/blocktext]And some of it is that Portland, Oregon, where I now live, feels like Cleveland. It has the same beloved combination of grittiness and extreme green. My California hometown was dry and hot—my bare feet burned on the pavement, my skin cracked–and verdant Ohio felt like balm. I’m not sure why I like the grittiness so much, but I do—the shambling shut-down canneries of my hometown, the hulking ruins of Cleveland’s industrial past, the broad-shouldered, slack-eyed brick buildings near the Willamette River (yes, Portland is another place where a river runs through it). Maybe because all are what’s left of big endeavors that had their day and spent it, leaving the rest of us to cycle up with something new.

Weirdly, I know so many people here in Portland with a Cleveland connection, and not just my daughter and her several friends who moved here (including the entire Chuck’s Diner dynasty). My first morning in my new house, an older woman who pushes a walker around the neighborhood every day, just before the Perry Mason reruns, told me she was from Lakewood. One new friend had a WWLIC (Women Who Lived In Cleveland) party, and there were 15 people there and everyone knew of others. There’s a lot of shared blood.

The end-of-year holidays always make me at least a little sad. I can’t help but remember all the previous iterations of the gatherings, all the faces that used to surround the table who are gone from my life. I didn’t have to listen to the song to know that I wanted to be home for Christmas, to sit again in merriment and sorrow and mundane recitation with my Cleveland friends. The similarities between here and there—real or imagined—just aren’t enough to take me into 2014.

Kristin Ohlson moved to Portland to live in daily proximity to her much adored daughter Jamie, son-in-law James, and grandchildren Holland and Sylvie. What could be better?