What images first come to mind when you hear the word “Appalachia”? No, really. The first image?

One of the things I like to do in a group setting, particularly with students, is run through this exercise. I explain that there is no right or wrong answer. It always starts slowly. Not a peep from anyone. Inevitably, someone mentions coal. Then bluegrass. After a few minutes and some steady coaxing, we get down to the nitty-gritty. Incest. Trailers. Mountain Dew. Lazy. Uneducated. Now we’re talking. After compiling a list of a dozen or so of these visual cues, everyone seems to breathe a sigh of relief when it registers that they’re not alone in their answers. Nearly everyone thinks these things, but to say them out loud? That can be frightening. My next question is to ask what about these cues are unique to Appalachia or can they be found in other places in America. One by one, we all agree that not a single stereotype listed can be ascribed solely to Appalachia. So why is it then that we’ve come to associate them so strongly?

To be sure, framing Appalachia in such a way began long before the War on Poverty pictures began filling pages of newspapers and magazines and long before Charles Kuralt walked the muddy roads and hollers of eastern Kentucky in Christmas in Appalachia. But it was the proliferation of those images in the 1960s that began to build our collective visual understanding of Appalachia. From cartoon depictions of Li’l Abner to The Beverly Hillbillies, poking fun at people and place has been the source of “entertainment othering” that seems innocent enough, but in fact is anything but. Many of the War on Poverty photographs, whether intentional or not, came to visually define Appalachia. Those images often represented the poorest parts of the area — to muster support for their intended cause — but unjustly came to present the entirety of the region while simultaneously perpetuating stereotypes.

So, what is it about these stereotypes, these visual triggers that are immediately conjured up when Appalachia is referenced? And how can we retrain our thinking and seeing?

To mark the fiftieth anniversary of President Johnson’s declaration of the War on Poverty, I wanted to embark on a project that would show Appalachia in a modern context, something that could be as a visual counterpoint to those damning stereotypes. Initially, I wanted to travel throughout the 13-state region designated by the Appalachian Regional Commission and make my own photographic survey. But without the time and resources needed to do a project of this scale justice, I turned to crowdsourcing the idea, asking folks from all over share work they made in 2014.

I launched Looking at Appalachia | 50 Years After the War on Poverty in February of this year as an open call for photographic work made within the 420-county region covering Alabama, Georgia, Kentucky, Maryland, Mississippi, New York, North Carolina, Ohio, Pennsylvania, South Carolina, Tennessee, Virginia, and West Virginia.

The purpose of this project isn’t to negate those stereotypical pictures and ideas, but rather dilute them in a way that reshapes the frame of reference people have for both Appalachia’s people and its places. My hope for the Looking at Appalachia project is that the photographs will simply add another voice to a conversation that goes back long before the War on Poverty and will hopefully continue for a great while. We can’t ignore stereotypes and at the same time, we can’t deny elements of truth in them. We can listen and we can hear and we can look and we can see. 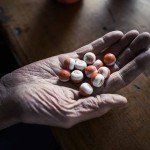 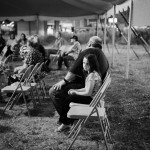 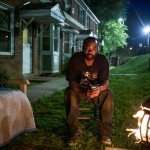 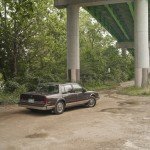 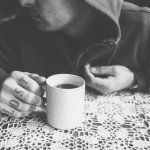 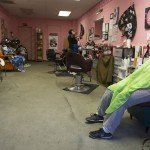 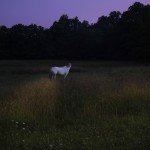 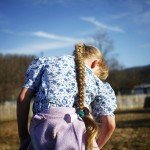 Katie Currid (http://katiecurridphoto.com/). March 8, 2014. Rachel Hartzler, 7, at the Highland Maple Festival in McDowell, Highland County, Virginia. Hartzler and her sister, who are Mennonite, say they have never cut their hair. 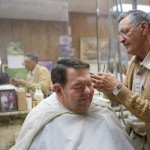 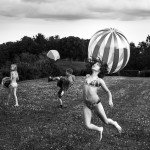 Roger May (b. 1975) is an Appalachian American photographer currently living in Raleigh, North Carolina. He was born in the Tug River Valley, located on the West Virginia and Kentucky state line, in the heart of what is commonly known as Hatfield and McCoy country. He served in the Army for seven years. His photographs and essays have been published in The Oxford American, The Guardian, THE WEEK, The Bitter Southerner, The American Guide, Appalachian Heritage, AARP, and others. In February 2014, he started the crowdsourced Looking at Appalachia | 50 Years After the War on Poverty project. May speaks about his work, about issues of Appalachian representation, and photographs on commission.