In the 1922 preface to Main-Travelled Roads, Hamlin Garland writes of visiting the Midwestern farms of his youth after a stint as a school teacher in Boston. For Garland, watching the fields of the west unfold as he makes his way towards his parents’ new home does not evoke nostalgia. Garland does not write of the soothing peace of coming home. Rather he simmers in his frustration. In the dreary landscape, he sees “the ugliness, the endless drudgery, and the loneliness of the farmer’s lot.” These descriptions come in the opening pages of his book, where perhaps he is supposed to be drawing the reader into the narrative in an enticing way. I can imagine an editor receiving a copy of this preface and scribbling in the margin: “Too bleak?” But as anyone who has read Hamlin Garland knows, this anecdote of returning home is precisely why he is worth your time. He is a clear, concise writer who assesses the conditions he sees with discernment. Garland does not look away from pain, poverty, and struggle in the nineteenth century Midwest. But even though his facts are plain, his writing is not dry or distant. Garland is not just documenting hardship. His writing vividly calls to mind images that capture the spark of a moment. Like the crisp yellow of the first daffodils of spring, the descriptions in Garland’s works pop onto the landscape and leave an impression. In other words, you can come for the point of view and stay for the prose.

Main-Travelled Roads is a collection of short stories that were inspired by Garland’s trips home in the 1880s. Garland was born in Wisconsin in 1860, but by the time he was visiting his family in the 1880s, they had made their way further west to South Dakota, and he had moved to Boston. In Boston, Garland developed himself as a writer and thinker in part by setting his own course of reading in the stacks of the Boston Public Library. Garland’s autodidacticism was the foundation for his varied and wide-ranging career that spanned many decades—from the late nineteenth century to his death in 1940—and many interests from economic policy to psychics. However, it was his early experience on farms in the west where he got the material for his most famous works, Main-Travelled Roads (1891), A Son of the Middle Border (1917), and A Daughter of the Middle Border (1922). In addition to writing about the Midwest, Garland also advocated for the production and promotion of local writing through actions such as founding the Society for Midland Authors because he believed that “each locality must produce its own literary record” (Crumbling Idols, 22).

When faced with the true hardship of others, often we find ourselves turning away. We look for a second, but it is easier to retreat. Garland never retreats.

Main-Travelled Roads is an example of Garland’s ideas about local writing and because of its setting and the time period in which it is written is categorized as regionalism. Regionalism is, as literary critic Stephanie Foote writes in her book Regional Fiction, “best remembered today for its nostalgic portraits of preindustrial rural communities and people.” In Foote’s point of view, these rural communities were never really disconnected from larger discussions and ideas of the nation—even if readers often want to imagine them to be so. Main-Travelled Roads fits with Foote’s more complex idea of regionalism in part because it does not shy away from considerations of larger economic concerns, such as lending policies that squeeze the farmer.

Garland also complicates the standard definition of regionalism by his reticence to engage in nostalgia. True, there are some nostalgic reminiscences about the land itself in Main-Travelled Roads. For example, after returning from years away in Boston, the main character, Howard, in “Up the Coully” wonders upon his return “if these hills would retain their old-time charm.” They do; they are “richly wooded, with gently sloping green sides, rising to massive square or rounded tops with dim vistas.” However, Garland also believed that his readers were “ready to support and be helped by the art which springs from life” (Crumbling Idols, 8). Garland strove for verisimilitude in the lives of people he knew in the Midwest, and for the most part, he found their lives to be devastating. Instead of making readers feel safe and wistful, Garland exposes places that are unstable and people that feel insecure. In “Up the Coulee,” after imagining a grand homecoming on his way into town, Howard is faced with a brother who is angry at him and a mother who is much older and feebler than he imagined. Rather than joy, Howard feels an “oppressive melancholy” upon his return. He offers his help to his family but is forced to reckon with the fact that while he is not offering too little, he is offering it too late. 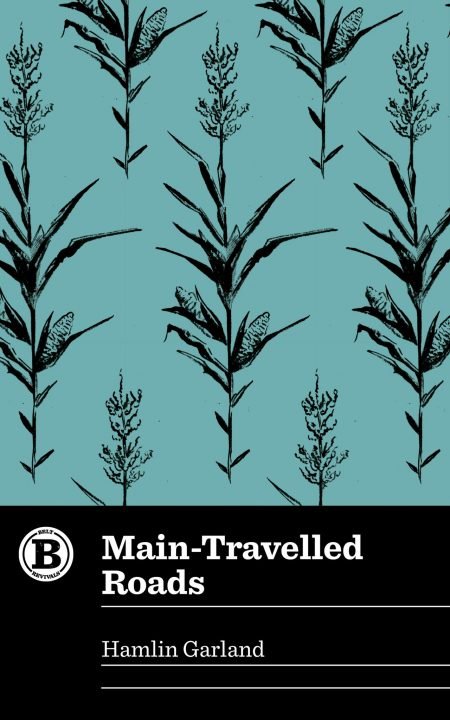 The lack of nostalgia in Garland’s prose is informed by his political interests during the period he was writing Main-Travelled Roads. Garland had a progressive point of view for his time and argued for ideas like the single tax, which Donald Pizer explains in an introduction to Garland’s 1890’s writing as “a radical economic policy that has the effect of eliminating the private ownership of unused land” (viii). Economic ideas such as the single tax were made popular by Henry George, who believed that “the paradox of an America of both great wealth and widespread poverty arose principally from the misuse of land ownership to enrich the few and make poor the many” (Pizer, xvi). The influence of these political philosophies on Garland’s writing can be explicitly seen in his stories. In the center piece of Main-Travelled Roads, “Under the Lion’s Paw” Garland tells of the Haskins who are first run off their land by grasshoppers, and then settle in a new area only get swindled by a lender who raises the value of the land, based on the Haskins own improvements, as soon as they are ready to pay it off. While the dialogue is a bit melodramatic, in the description, the reader can feel the despair of the husband of the family as he realizes what has happened to them; Garland writes, “He was hid in a mist, and there was no path out.”

In his short stories, Garland confronts suffering with an unrelenting look. When faced with the true hardship of others, often we find ourselves turning away. We look for a second, but it is easier to retreat. Garland never retreats. His exacting point of view and his clear personal connection to the characters and land he writes about help him take note without exploiting. While he does expose pain, it is an exposure of revealing not gawking. He wants to show the reader the Midwestern farmer’s plight not to leer but to draw attention to what can be changed. Garland tells us in the preface that he is motivated by the “resentment of ‘things as they are,’” which speaks strongly to our cultural moment. There are a lot of Americans who can relate to Garland’s point of view. A lot of us are suffering. The stories of our time are filled with crises—the Flint water crisis, the opioid epidemic, the resurgence of white nationalism. Many of us are angry and have plenty of bitterness about our society, our government, what is expected of us and what we are supposed to just deal with. However, the spirit of Garland’s writing is also a spirit I see present in our contemporary times. We resent, but we are not resigned. In laborers who demand better wages and working conditions, in students who speak up about their fear in entering what should be a safe space, in women’s refusal to accept the status quo, we see why Garland wanted us to look unsparingly at the issues. It is only with clear eyes that we can stand up.

Excerpted from Main-Travelled Roads, available now as part of the Belt Revivals collection from Belt Publishing.

Brianne Jaquette is a teacher and writer originally from Pittsburgh, Pennsylvania. She has a PhD in English from the University of Missouri and is interested in the nineteenth century, regionalism, and literature.