Josh Lipnik is driving us down a highway in the palm of Michigan’s mitt. We’re traveling west from Battle Creek to check out an old post office-turned-library in Climax, Michigan, where Josh is going to take some photos. He’s not in a hurry; he drives slower than me. “It’s nice to have someone else in the car,” he says. “I’m always trying to look out the windows at buildings as I’m driving.”

If you’re on Twitter, you’ve probably seen Lipnik’s photography. With more than fifty thousand followers, his account, Midwest Modern, is a transportive road trip through architecture, design, and, often, time. On any given day, the Midwest Modern account might feature a quiet Michigan downtown, an old movie theater marquee, or archival interior design photos of Minnesotan homes. Through Lipnik’s lens, the history of the region is wrapped up in brick, glass, and steel. “It’s a non-academic approach that I think is interesting,” he says. “The goal is to get people who aren’t necessarily into architecture or even really into history to think about the places [where] they live.” 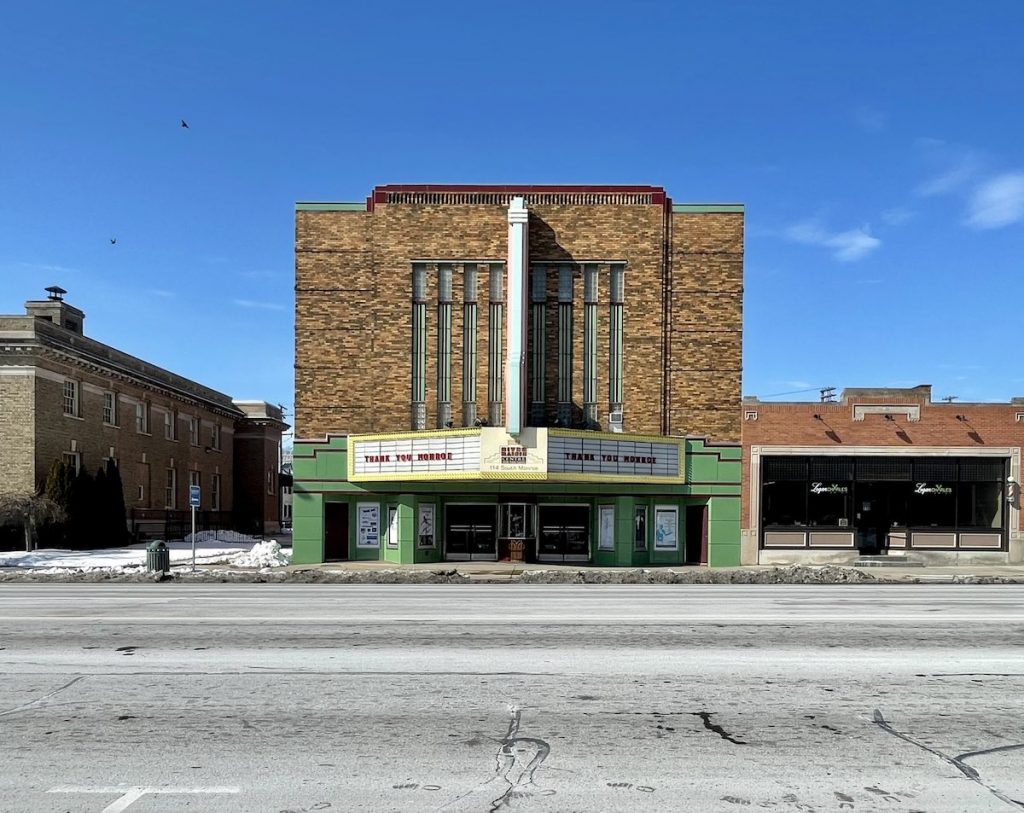 Typically, Lipnik will visit and photograph a new place over the course of a weekend. Whenever possible, he tries to take the road less traveled. “I really enjoy driving old highways that used to be these tourist routes. Once freeways and air travel came around, they kind of became irrelevant. So you’ll have all these abandoned vacation cottages, interesting signs, that kind of thing. It can be very eerie.” One major aspect of Lipnik’s repertoire is roadside signs. “During the pandemic, when it became harder to travel and I was more confined to where I could drive within a day…that’s when I started incorporating more stuff like neon signs and kitchshy roadside-type architecture like ice cream stands,” he told me.

The images on Midwest Modern can feel familiar, even if you’ve never seen them before, because they are often echoes of places you do know. They’re as much nostalgic as they are aesthetic. The account is about documentation, but it’s also an invitation for Lipnik’s audience to collaborate on what these places mean, an opportunity for architecture to come alive through collective memory. “What I hope—and it happens pretty often—is that people will actually tell me stories about the buildings I post, Lipnik says. “Either it’s an older person who remembers something that it used to be, or someone who has some memory, or there’s one guy that will always reply ‘I smoked weed there.’”

One post that feels emblematic of Lipnik’s work is the Hungarian Strudel Shop. The shop is in Allen Park, Michigan, just outside of Detroit. A pair of images show a simple yellow storefront with a clean, classic sign featuring an illustration of two smiling Hungarians. The photos were taken on a clear spring morning—I can smell the air. “To me,” says Josh, “that’s like the perfect example of really, on a basic level, what I hope to do. Which is just, in one picture, without giving any actual information, you now know that there’s a place called Allen Park, there’s Hungarians there, and Hungarians make strudel…It gives you some idea of a place.”

Lipnik grew up in Detroit and studied architecture at the University of Michigan. As an undergraduate, he went on a study-abroad trip to study architecture in Europe, supervised by faculty member Dawn Gilpin. (Gilpin was influential on Lipkin’s understanding of architectural photography.) Among many highlights, the group spent a night at Sainte Marie de La Tourette, a rural monastery designed by famed architect and urban planner Le Corbusier. The class informed Lipnik’s understanding of how to look at cities. While Michigan towns like Saginaw or Port Huron might not have the same global renown as Paris or Rome, Lipnik takes the same approach when he documents East Michigan’s Rust Belt cities.

After an aborted graduate school attempt at Ohio State, Lipnik stayed in Columbus for a while. In a new city without many friends, he filled his time taking photos of the Ohio capital’s architecture. When he moved back to Detroit, he continued his photography and began to gain a growing audience. “One of my followers decribed my photos as ‘deadpan’…something about that description clicked with me,” says Lipnik. 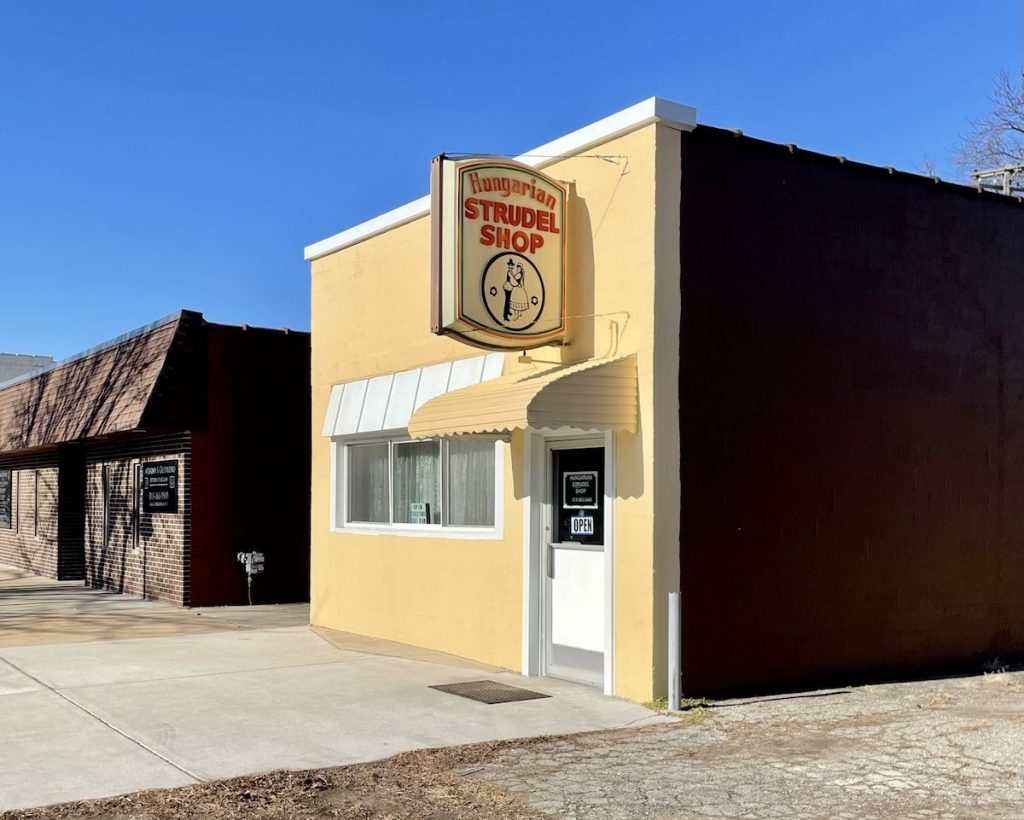 Without a graduate degree, Lipnik is hesitant to claim membership in any of the fields in which he works, such as photography or history—he is self-effacing as he conjures a hypothetical historian, angry with such a transgression. Still, his work involves digging through old magazines and archives and researching the buildings and histories of the places he photographs. “I think archivist is probably the closest thing to how I think of myself and what I do,” he said. He sees himself as something closer to John and Alan Lomax, the ethnomusicologists who traveled across America recording folk and blues musicians. “I’m interested in documenting these places and just presenting them as they are,” he said. “In Detroit and cities like it, things change and get demolished so quickly.”

We decided to meet in Battle Creek because the town is approximately halfway between Chicago, where I live, and Detroit, where Lipnik lives. Battle Creek is a company town; John Harvey Kellogg invented Corn Flakes there, and his namesake company is still based in the city. Its headquarters, with flags of the world flying out front, is a stepped red-brick building, like a ziggurat, with an expansive and bucolic park stretching back to Battle Creek river. A historical marker at the downtown street corner of Jackson and Capital names Battle Creek the “Cereal Bowl of America.” Everywhere we turned was another Kellogg-named place.

With the quiet authority of someone who has walked around a whole lot of Michigan downtowns, Lipkin led me through Battle Creek, hypothesizing on an invisible line somewhere in Michigan, dividing the state between the architectural influences of Detroit and Chicago. Battle Creek’s two prominent art-deco towers were designed by Chicago firms in the early 1930s, while the Battle Creek Post Office and the W.K. Kellogg Auditorium were designed by the German-Jewish architect Albert Kahn, one of Detroit’s most celebrated architects and a favorite of Lipnik’s. These boundaries, similarities, and patterns illustrate one of Midwest Modern’s most compelling insights: how Midwestern architecture and design form a regional connective tissue, putting all sorts of seemingly-unrelated places in conversation with each other. 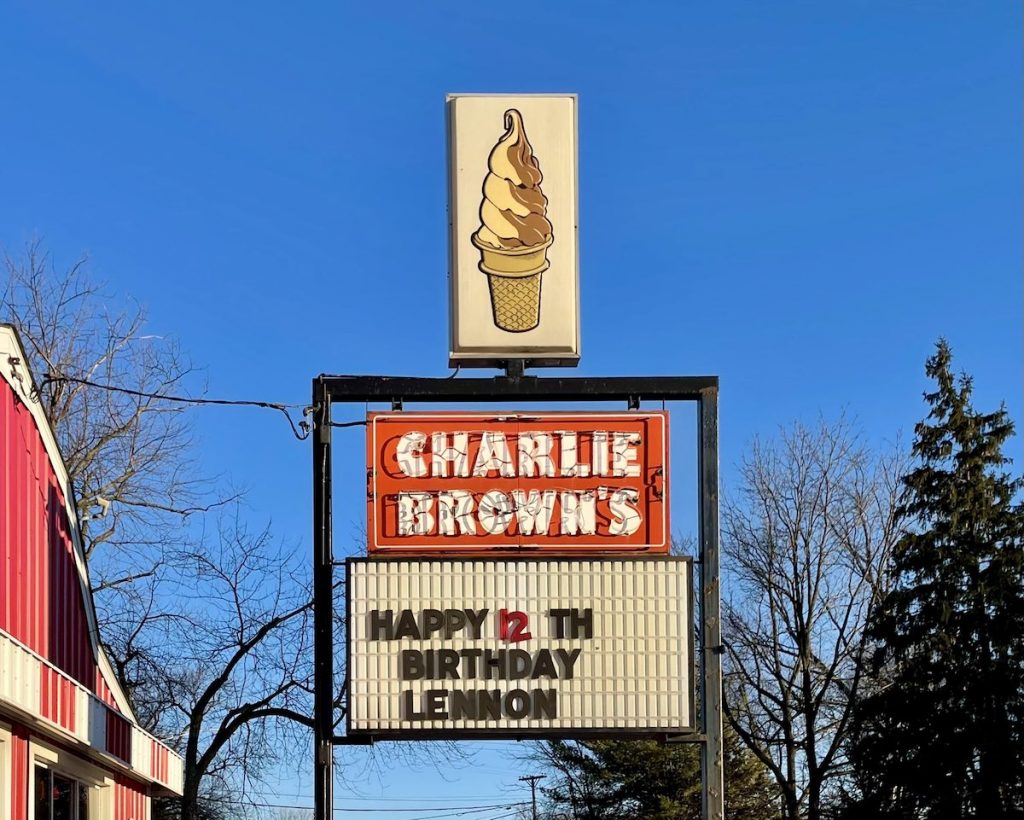 Our next stop in Battle Creek was the old Battle Creek Sanitarium, a health resort founded in 1866 that treated prominent Americans like Henry Ford, Mary Todd Lincoln, and Madam C.J. Walker. When he came up with Corn Flakes, Kellogg was serving as director of the Sanitarium. Lipkin and I gawked at the imposing colonnade, and a security guard rushed out to tell us the building was closed. Walking around the massive complex, Lipnik was attempting to capture the scope of the place, but photos can’t quite grasp it all—the enormous buildings, the pristine lawns, the construction workers in neon yellow eating lunch in the back parking lot.

John Harvey Kellogg was a devout eugenicist and used his station at the Sanitarium to work through his ideas on health reform. His goals at the sanitarium often worked in tandem with his white supremacist notions. (In 1906, he founded the Race Betterment Foundation, a “racial hygiene” organization.) Battle Creek was also a stop on the Underground Railroad. Sojourner Truth claimed Battle Creek as her home after freeing herself from slavery. A statue of Truth herself stands uncompromisingly at a podium in a monument downtown, as if speaking to us directly. Newer “Black Lives Matter” messages are painted on the sidewalks leading in.

These two histories live on top of each other, and Lipnik’s photography lends context to the forces that have built Michigan, a place largely shaped by racists of industry like Kellogg and Henry Ford, while also being a destination for Black Americans both before and during the Great Migration. As if to underscore these complicated histories, Battle Creek’s Memorial to the Underground Railroad, the nation’s largest such commemoration, was funded by the W.K. Kellogg Foundation. 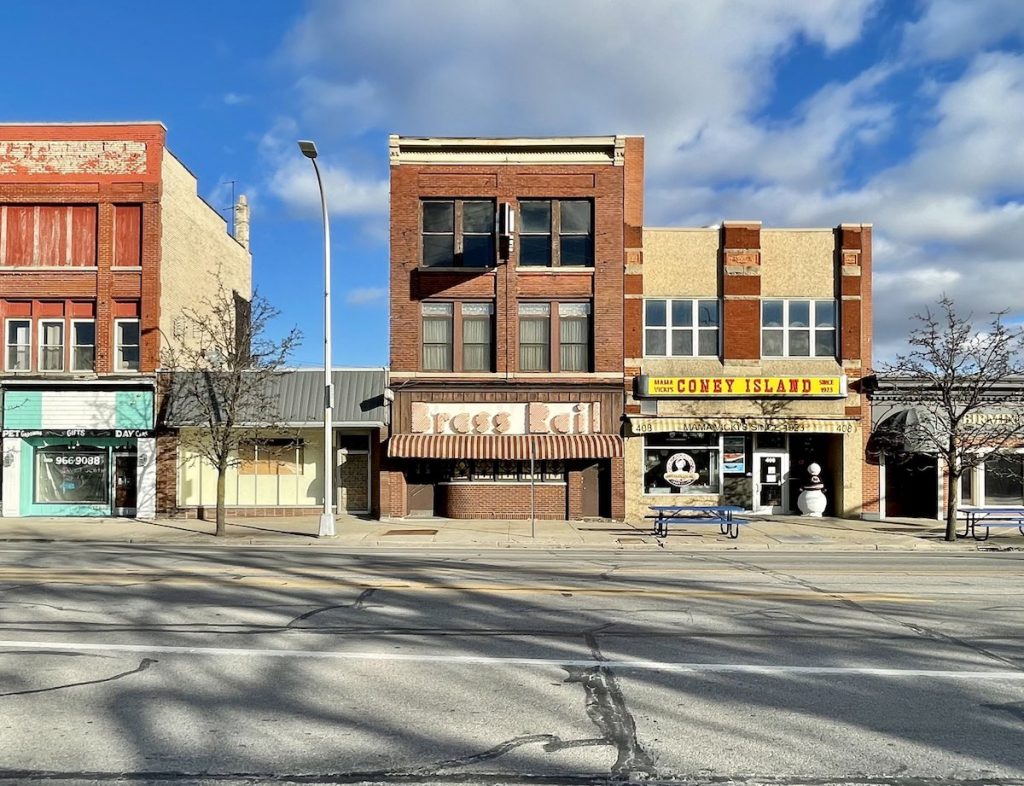 The next building on our agenda was the Battle Creek Intermodal Station, designed by another architect Lipnik emphasizes, William Kessler. Photos of the station’s glass brick columns and skylit postmodern interior from 1983 have a futuristic feel, as if one could buy a ticket for a spaceship as readily as a bus or train. In the images Lipnik posted on Midwest Modern, taken by Balthazar Korab for Architecture Magazine, the Intermodal Station is moody and entrancing; an indigo sky contrasts the bright glass brick as if from a scene of a UFO landing. Photos of a bus pulling in and a train waiting at the station show a place in motion. Maybe it is the early-2010s renovation, the time of day, or just that sometimes a well-shot picture idealizes a place, but when we walk through, we’re disappointed. Besides some old guys smoking cigarettes outside and a couple more arguing by the vending machine, the place feels empty, the evocative excitement from the photos no longer contained within the structure.

Still, soon enough we’re on to the next place, with Josh scrolling through a list of buildings he wants to see. “The type of person I am is like, wherever the last place I went is the coolest place to me. And I think that in some way keeps this whole thing going. Which is why I wouldn’t necessarily call myself an expert in any one place. The account is…not fleeting, but I don’t stay on the same thing for too long.”

Climax’s charming fieldstone library sits on the town’s quiet main thoroughfare. Children play in a park in the adjoining lot while the owner of the corner store next door stands outside, scrolling on his phone. He doesn’t have much of an agenda with his work. And like the stones that comprise the library itself, Lipnik’s photography pulls together the small and the unique, putting it forward as a larger whole.

The central thread running through Lipnik’s Twitter account is a keen sense of place: the small town main street, the roadside motel sign, the stately columns of an old bank. Scrolling through post after post, you’re left with the overwhelming sense that the cities and towns of the Midwest are both unique and deeply contextual, each one connected to every other, all integral to the region’s shifting story. Midwest Modern is a shotgun ride through the complexity and vitality of the Midwest’s built environment—the structures, big and small, that shape the region we call home. ■

Jonathan Dale is a freelance writer from Chicago with work in South Side Weekly and the Chicago Reader. You can find him on Twitter @dalejondale.