When Did the Milwaukee River Become ‘Unswimmable’?


On August 19, 1922, Johnny Weissmueller, a former Olympian made famous for his role as Tarzan, tried and failed to break the record for the 150-yard backstroke during a swim in the Milwaukee River just upstream of North Avenue in the former impoundment formed by the North Avenue Dam. The swim was covered by the Milwaukee Sentinel and the Chicago Tribune—it was a big deal.

Nearly one hundred years later, on Saturday, August 11, 2018, another swim race was held on the Milwaukee River—the inaugural Cream City Classic Open Water Swim—with more than seventy people participating in a one- and-a-half mile swim in the Milwaukee River near its confluence with Lake Michigan. The river advocacy nonprofit I work for helped to organize the swim and, as far as we know, it was the first public swim race since the time of Tarzan. Prior to the swim, a reporter asked me: “When did the Milwaukee River actually become ‘unswimmable?’” That question is not easy to answer.

Milwaukee’s rivers have always been important cultural, economic, and natural pathways. Native Americans used these water routes for trade and transportation, and sustained themselves with the fish, wildlife, wild rice, and other plants harvested from the rivers and associated wetlands. 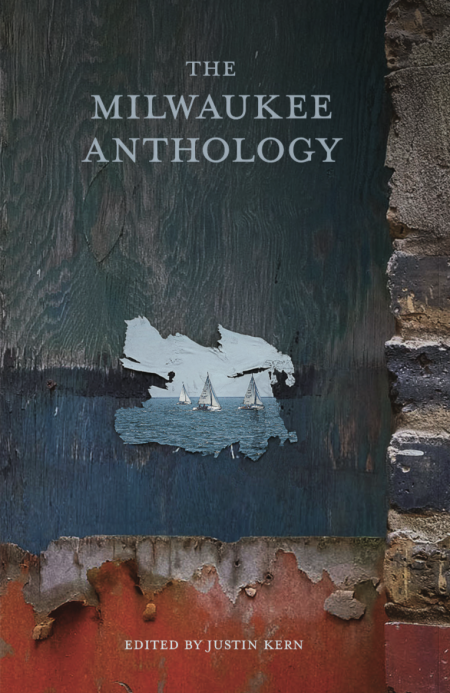 Traders, trappers, missionaries, and French explorers used the rivers for exploration and trade. As European settlers moved into the Milwaukee area, the local rivers quickly became the main commercial and shipping arteries of the young community, and were heavily used for transporting wheat, lumber, coal, and other products. Over time, roads, railways, and air transport gradually replaced rivers as the major transportation routes for most goods. Milwaukee and other cities gradually turned their backs on the rivers, which had become severely polluted. Buildings that had once opened out to the river now looked to the streets.

Over recent decades, people are once again embracing their rivers. This change in perception is the result of improved water quality, a surge in building and redevelopment along riverfronts, increased interest in recreation, and improved public access. The rivers are now used largely for recreation—from the more natural reaches upstream to the more urban portions of our rivers welcoming boaters to dock along the RiverWalk to enjoy a local beer. Even fifteen years ago, it would have been unthinkable to organize a swim event on the Milwaukee River. Even five years ago, many were afraid to even kayak in our local rivers, fearing the impacts or the growth of a third limb, should someone flip. Today, we have five different vendors renting kayaks, canoes, and paddleboards to hundreds of paddlers flocking to Milwaukee’s rivers during summer weekends.

Overall, water quality has improved dramatically due to improvements in wastewater treatment, construction of the Deep Tunnel storage system for sewage and stormwater in greater Milwaukee that reduced raw sewage discharges, and the removal of more than a dozen major dams that historically blocked water flow and caused localized water quality problems. The impoundment that Tarzan swam in—the North Avenue Dam was removed in 1997—was probably pretty bad in water quality back then due to industrial pollution, untreated sewage, and stagnation. Nearly a hundred years later and despite significant efforts by many, the Milwaukee River and its tributaries are still not considered clean enough for swimming in vast portions of its reaches. Even though we hosted our first swim in nearly a century, it does not mean that people should swim wherever and whenever they want. For this swim, a site and time was chosen to minimize but not completely eliminate risk.

The goal of the swim was to raise awareness of the amazing resource that we have in our own backyards as well as to inspire stewardship and activism of our rivers and waters. We have a right to clean water. And although we have come a long way toward improving water quality, we still have a long way to go until we get to a point where we don’t have to worry whether it’s safe to swim or safe to eat the fish we catch from the Milwaukee River.

When we talk about our right to clean, fishable and swimmable water, this language comes from the 1972 Clean Water Act (amended in 1977 and 1987). While President Richard Nixon is widely given props for signing the Clean Water Act into law, the issue was forced by Congress, who voted to override his veto. Congress was reacting to increasing demands for environmental protection due to dirty air and water, to the creation of the first Earth Day by Wisconsin’s own Gaylord Nelson, and to events like the Cuyahoga River catching fire in Cleveland in 1969.

As an aside, less well known was an incident in October 1951, where Lincoln Creek caught fire after a sixty-thousand-gallon fuel oil spill was ignited by a local homeowner burning trash near the creek. The creek fire caused a five-alarm blaze that damaged several homes. The main concern at the time for Milwaukee’s Mayor Frank Zeidler (who became famous as the United States’ longest serving Socialist mayor) was to get the oil from Lincoln Creek on the city’s North Side down to the river it fed into, the Milwaukee River, and then past several dams where the fire boat could use its nozzles to push the floating slick toward the Lake Michigan harbor. The solution to all pollution back then was dilution. And prior to the Clean Water Act, not many Americans were thinking of what it even meant to have a “swimmable” or “fishable” river until they no longer had one.

The Clean Water Act provides the foundation for protecting the chemical, physical, and biological integrity of our nation’s waters. It set a goal to attain a level of water quality that “provides for the protection and propagation of fish, shellfish, and wildlife, and provides for recreation in and on the water” by 1983—this is known as the fishable and swimmable provision—and to eliminate the discharge of pollutants into navigable waters by 1985. Sadly, we are long past this time, but we are still not meeting these fishable and swimmable goals, and probably weren’t meeting them long before the Act was enacted in 1972.

Scientifically though, there is still is a good deal of controversy over what the definition of “swimmable” is, and that depends on what criteria are being used. Despite decades of science and rule-making, the nation’s recreational criteria designating a “safe” level of bacteria—or at least a level of bacteria that minimizes sickness after a day at the beach—are pretty lackluster and enforcement of this criteria is weak at best.

Practically speaking, a river likely becomes unswimmable when people stop actually swimming in it. Clearly, most Milwaukeeans had no idea in 1922 or 1951 if the Milwaukee River or other rivers were swimmable. Local government wasn’t testing for E. coli bacteria back then, if anything. They did know how the river made them feel, how it smelled, how good the fishing was, whether one would walk from one side to the other atop trash. We do know that the Milwaukee River had a series of swimming schools along it from the North Avenue Dam to present day Estabrook Park. The swimming school constructed in 1914 in what is now Gordon Park ended operations in the late 1930s. There are wonderful pictures showing children tethered to ropes and swinging into the river from the shore. The school was very popular due to the river having a much warmer water temperature than Lake Michigan beaches over a good part of the summer. Remnants of this swimming school still exist just south of Locust Street on the west bank of the Milwaukee River. Several amusement parks existed in what is present day Hubbard Park in Shorewood, including a slide that went into the river.

So why did swimming stop? The most likely answer is the severe contamination caused by untreated sewage, agricultural runoff, and other contaminants. One could make an argument that the river became unswimmable in the late 1930s, though it is very possible that conditions were not good for many years before those swimming schools officially closed. Today, when many people develop stomach or gastrointestinal problems, they rarely associate those problems with a day at the beach or a day paddling the river. Tying illness to water quality continues to be challenging even for the experts.

Regardless of what water quality tells us, there have likely been swimmers in our river all along and so maybe it never became unswimmable in a literal sense. Even after Tarzan swam in it. Even after Lincoln Creek caught fire. Even after the slow death of the swimming schools. Even before the Clean Water Act.

There have always been hearty souls swimming in the Milwaukee River from downtown to the headwaters. The Cream City Classic was designed to create a splash by showing our public officials that there are people who want to swim in our rivers for recreation and it is their right. Right now our rivers are not all safe for swimming in many locations and times of the year. But we can get there by demanding infrastructure and water quality improvements and by working together as a community toward a future where swimming in the Milwaukee River and its tributaries is safe. ■

This story appears in The Milwaukee Anthology, available for pre-order from Belt Publishing.