The first border crossing I remember as a St. Paulite came one Sunday afternoon when my parents announced they were taking me and my younger siblings on a bike ride to Lake Harriet from our home in Crocus Hill. When I found out our destination, I could hardly get my Keds on fast enough.

Growing up in St. Paul in the eighties, Minneapolis was unknown territory. Twins residing on either side of the Mississippi, different as night and day, was the storyline in my six-year-old mind. The geographical setup of the cities had a mythic quality I held on to when our family first moved here from out of state. It was the kind of thing I could tell my buddies back home to explain the move: a welcome piece of trivia, a two-for-one. 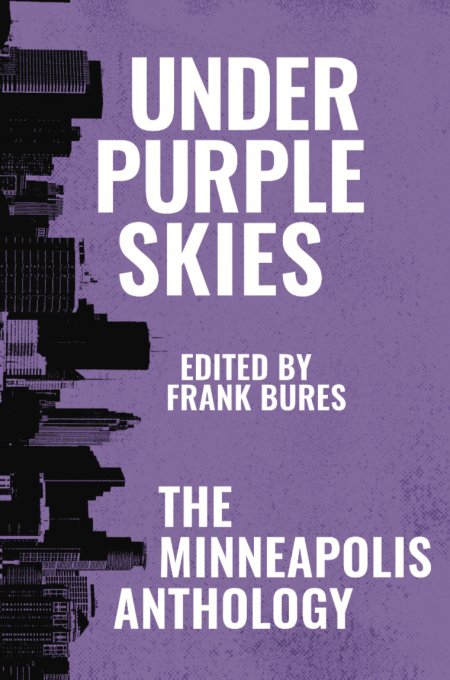 But in the months after we arrived in St. Paul, I had yet to meet the sister city: the bigger, more boisterous one. From a scenic overlook along the east riverbank, Minneapolis’s tree-lined side looked identical, but I knew it had its own alternate reality.

Crossing over was a “thing” I learned early on, and the jocular rivalry is still openly talked about. People from St. Paul usually come up with an excuse to get you to meet at their corner Irish bar; they roll their eyes over highway traffic. Folks living on the Minneapolis side show feigned interest: I just never have a reason to go…What’s the name of that one restaurant you like?

When I was young, our family lived in New York, and we often took the train in from Long Island from the time I was a toddler. I was most comfortable in crowds, my arm stretched up as my mom pulled me up and over curbs. In the laid-back St. Paul neighborhood where we landed, life felt like a slow-building yawn in comparison—clean leafy blocks with the freedom to run and tumble, and not as much grit as I was used to.

That summer day we crossed the river to Minneapolis, my expectations were tucked into my bike basket as we rode miles along Minnehaha Parkway to Lake Harriet, coming upon a “palace” with turrets and flags, and teeming with people. There was the bandshell, perched on the water, and a big band shaking the roof down. We ate ice cream and popcorn for dinner. The sloping hill was packed with picnic blankets, a people-watching paradise. I felt at home.

As a teen, I kept crossing the river—on bikes, buses, borrowed cars. To know the two cities was to know opposite but attractive dating prospects. St. Paul was the dependable, affable guy with the tucked in shirt. Minneapolis had the sly untucked art of seduction. Down at the edge of the river in high school, we would drop kegs on the east side and hide out in the woods with plastic cups, watching our western counterparts light up the night with bonfires winking at ours.

On Sunday nights both sides converged at First Avenue in bodysuits, ripped jeans, and heavy eyeliner for the all-ages danceteria. There were the occasional murmurings of underagers getting into word-of-mouth Prince shows at Paisley Park, but Chanhassen was too far for most St. Paulites. Besides, First Avenue was the beacon of cool: meeting new friends from the other side behind the screens on stage, waving our arms to the Cure until they shut the music down.

I started saving up babysitting money so I could take the bus to Uptown. St. Paul’s Grand Avenue had a sunny soup-and-sandwich vibe. But Hennepin oozed roasted beans and tap beer, and I longed to drink from that well. I also crushed on a guy who lived in an apartment off the 94 highway exit; his zip code being as attractive as anything else I can re- member about him.

After college, I crossed over to live in a house on Bryant Avenue. We didn’t realize it was a landmark until we saw cars parking out front, people getting out to pose for a picture where the Replacements had shot their Let It Be album cover on the roof. On the weekends, I’d haul my laundry over to St. Paul and slip into its quiet cocoon for the day, then head back over the river again to wait tables in the cacophony of downtown with career waiters, University of Minnesota grads, and drag queens who moonlighted at Gay 90’s.

Later, after a bus boy I’d met (and would someday marry) and I spent several years working in New York, we decided to come home. The greener pathways, bursting restaurant scene, and unborrowed opportunities of the Twin Cities looked appealing.

“We’ll look at both,” we told our realtor when she asked us where we wanted to be. My parents were hopeful that we’d end up in St. Paul, closer to home. We drove around looking at lots, giving each city a fair chance, starving for the fresh air. But I knew deep down, just as I did as a kid, that Minneapolis was my place. It was the twin I identified with more, and maybe a commitment could be made. Within an hour, we were the owners of a small bungalow two blocks from the bandshell I’d set my eyes on that summer day years ago.

Eventually we all moved to Minneapolis, one by one, a family exodus: my sister, my brother, even my parents sold the Tudor we grew up in on Goodrich. The whole clan choosing one twin for another, a good conversation piece. “I can’t really find a breakfast place I like over here,” my dad will say. “It’s nice that we have all these parks,” my mom adds. The compare and contrast pinging back and forth. The best thing I’ve come to learn about twins—despite having favored one over the other—is that you’ve always got insurance, a backup sibling. That when you crave a change in the action, all you have to do is head to the river and cross it. ■

This essay appears in Under Purple Skies: The Minneapolis Anthology, available now from Belt Publishing.

Megan Kaplan is a lifestyle writer, editor, and educator based in Minneapolis. Her stories have appeared in Mpls. St. Paul Magazine, Martha Stewart Living, Travel + Leisure, the New York Times, and Town and Country. She is also the founder of “The Wildling,” a live storytelling project for youth.