My mother gave me a harmonica for my thirteenth birthday. The first song I learned was “Old Black Joe.” I played a lot of ditties like that – easy major key tunes – throughout junior high and high school. By college I was into the blues and was a regular on the Michigan Diag, trying to pick up chicks.  I blew hard. Or sucked. (None of this was sexual, by the way. I wasn’t that good.)

Back in Cleveland, after college, I taught an adult-ed course, Blues Harmonica, at Cleveland Heights adult ed. Half the class was women. We talked a lot about sucking (“drawing,” we called it) and blowing. Nothing came of that either, except a few people learned to play harp.

I told the harp students my mother was from Yazoo City in the Mississippi Delta. That got me some brownie points.  Besides, it was true.

I went to Yazoo City in 2003, looking for my mother’s childhood house. I found a post office where the house had been. I also found Japanese blues tourists, looking for the blues. I had mishpocha (family) in Greenville – not far from Yazoo – and in Jackson. I asked a Yazoo City pharmacist how to get to Jackson. He said, “Go to the corner and make a left at the bike.” Bike meant bank. Talk about accents. In Jackson, my cousin – a retired federal magistrate – took me out for po’ boys. 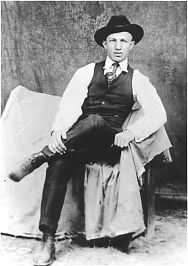 My older son Teddy got on a genealogy kick back in high school; that’s how I wound up in Mississippi. We had watched a PBS documentary called Delta Jews, about the Jews of the Mississippi Delta. The mayor of Louise, Mississippi, was my mother’s cousin. The mayor’s punim (face) was all over the TV screen. My mom said, “That’s my cousin!”

My son went down south after college to work at the Institute of Southern Jewish Life, Jackson, Mississippi, for a summer. He reported back that the Mississippi clan, uh excuse me, was mainly lawyers. They all had Southern accents. That’s what you want from Southern Jews. So often Southern Jews will disappoint you on accents.

I wanted to check out the Shack Up Inn in Clarksdale for soul food, Doe’s in Greenville, and Taylor Grocery in Taylor, Mississippi. But I didn’t go to any soul food restaurants; instead, I went to a Mississippi blood bath.

My cousins had a 1960s split-level house in suburban Jackson. Their bookshelves had Judaica and LSU books. My wife, Alice, hemorrhaged, due to fibroids, in their guest bedroom. I sopped up blood on guest towels. It was like the Red Sea and it was only 4:30 a.m. A teenage boy in the house dialed 911. My adult cousin awoke at 5 a.m. to see a stretcher going out his front door with Alice on it.

The doctor at St. Dominic’s Hospital said to Alice, “Ma’am, you are knockin’ at heaven’s do’or.”

The Mississippi doc did a good job. The next day the hospital staff wanted to send in the sisters (nuns) for visiting. I said Alice was Jewish. So instead every rabbi in town came to see her. Both young women.

I sneaked away from the hospital for several hours to visit Yazoo, which was where I ran into Japanese blues tourists. I followed them and their guide to Bentonia, home of  blues man Skip James.  The Japanese took photos of blacks hanging out in front of the corner grocery. I snapped a couple photos too. Did I really need that? No.

My mother’s father, Albert Zalk, had run a “Jew store” in Yazoo City in the 1920s. A dry goods store. He had also owned a second “Jew store” in Drew, Mississippi. He returned to Cleveland in 1930 so his three daughters could find Jewish guys to marry. Also, his stores in Mississippi were wiped out by the Depression. (Stein’s store in Greenville did OK. It became Stein Mart, the national chain.)

[blocktext align=”right”]I’m Albert (Bert). Albert is a better name for a blues man than Kenneth, thank you.[/blocktext]Albert – my grandfather – was an edel (gentle) Hebrew teacher from Lithuania. He found his way to Mississippi via Ellis Island from relatives who went to Mississippi before him. He never made a proper living after his Mississippi stores crashed. In Cleveland he sold ladies garments and raised money for the Hebrew Orthodox Old Age Home. His daughters all married Jewish guys.

Albert, born in 1884 in Eishiyshuk, Lithuania, emigrated to America in 1902, and died in Cleveland in 1950. Albert died three days before I was born. I was supposed to be Kenneth. I’m Albert (Bert). Albert is a better name for a blues man than Kenneth, thank you.

Mississippi Albert, at a club near you with the ever funky Yiddishe Cup.