I was sixteen years old, just like most American teenagers, when I got my driver’s license. But it was not that wholesome. And Detroit is not like the rest of America.

After weeks of practice in Elmwood Cemetery and months of driver’s ed, my anxiety was working against my experience and making me a worse driver. But I had a lot of mercy from the teacher nicknamed Jazz Man, who would stoically sit in the passenger seat, encouraging me with, “Just relax, ya dig?”

Jazz Man was the most qualified to handle the stress of taking screaming teenagers on the road because—we suspected—he was under the influence. The only time I ever heard of him getting shaken up was by my own accomplishment. I landed the car in a ditch behind the train station with a group of girls who’d been driving since age twelve. For me, it was hopeless.

And then they announced that the funding ran out and we were told that driver’s education would no longer be offered in Detroit Public Schools. I was granted my permit by default and sent on my way to take my road test.

In the early 2000s, the internet was not as prominent a source of information, so it was all word of mouth when it came to finding a place that I could trust to pass me. I was tipped off by someone that there was a guy who would do it for $75. The big day happened and I met this guy in a church parking lot where I proved to have made exactly zero progress since day one of driving, knocking over every cone. The test was really just for the sake of ceremony, and without even moving on to parallel parking, I got my license.

My mother had a van that she entrusted to my twin sister and me because it was on its way out. I now had a way to get six people to skip school at Western International High School with me and drive to the movie theater Downriver. Fairlane Town Center was on lockdown and you could not sneak in it at all anymore. You would not be permitted in without an adult chaperone. This is what we had done all through the previous years, but now we had one less option of places to go. This was how I imagined the days of Stalin felt. 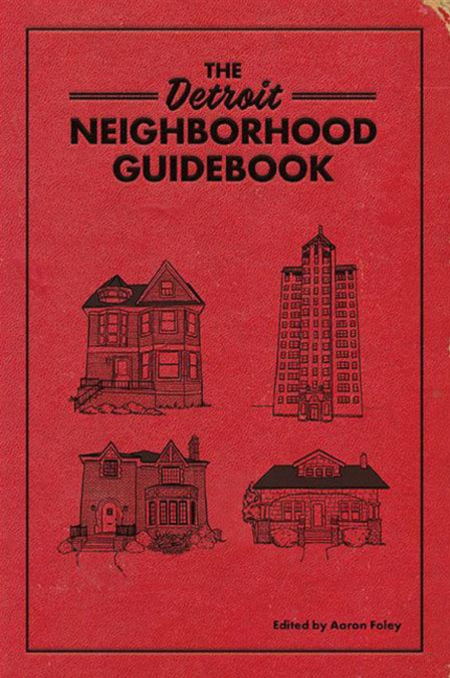 There was very little to do but drive around. Downtown was desolate at the time. We would drive down Michigan Avenue to the rich landscape of deep Southwest Detroit to Zug Island to Fort Wayne to peer at the most haunted-looking houses, drinking cups of Telway coffee to keep us awake. We would make the rounds to visit every friend that we knew working the various fast-food drive-in windows from Livernois to Chene. We would end our nights at a five-hour-long double feature at the Ford-Wyoming Drive-In, making it home at the break of dawn.

I worked for $8 an hour at the Campbell Branch library shelving books, and every cent I earned went into my gas tank because after we sold the van, I bought a 1989 Mercury Grand Marquis. The Grand Marquis, which I named the Betty Ford, cost about $70 to fill up and had to be refilled multiple times a week. The catalytic converter was stolen, the muffler dragged and was held up by a coat hanger, and there was some other problem that led the car to die frequently when idling. It was expensive to drive even though it was hardly luxurious. But driving was my pastime and everywhere I went, someone made an offer for that car, seeing in it exactly what I did: that it was Detroit Beautiful, meant for cruising. I had a close friend who was petite enough to hide in the trunk when we paid for our tickets, and we made this our regular ritual. I would pick up her and anyone else who wanted to come along—sometimes enough people to fog the car windows—and we would drive and drive and drive.

That summer, I was in the drive-thru line at Dairy Queen with a friend on a one-hundred-degree day. The car died and nearly caused a riot. Cars honked as we dripped sweat. A dozen people tried to jump it, diagnose it, or yelled for us to move. Two men pushed the back of the car into traffic on Michigan Avenue and followed us three miles home, going at a snail’s pace. No air conditioner, windows unable to roll down. I finally had to sell the Betty Ford. A year later, the buyer returned, asking if I wanted to buy it back. I said no, but he also returned to me my blanket and pillow, which were left in the trunk by mistake—souvenirs of drive-in heists and cruisings past.

Ten years later, and the saga of finding a means of transportation continued. I really needed a car and I decided to go to a charity car auction. Here, the cars were donated for low-income people to bid on after going through the bureaucratic process of first proving you were poor, and then buying a yearly membership that allowed you to bid on cars once a month.

I woke up early for this spectacle. There was a long line, hot dog vendors, people directly outside the gates who had won a car at auction the day before and were selling it for a higher price across the street to people who didn’t want to spend all day bidding. There were people complaining that they went with family members to bid on a car and when they got out of the auction, their family’s car had been stolen and supposedly entered into auction later. This was what you called Motor City Purgatory.

The announcer, with a flair for the dramatic, got on a loudspeaker. “On your marks, get set, go!” he said, as the gates opened and a crowd gathered around a 1980s Buick with a broken windshield and no passenger door. A character in a Mad Max-like motorized contraption with Plexiglas around it and a foghorn attached barked out bids.

Bidding could take sometimes an hour; we moved on and on down the line between reasonably-taken-care-of, middle-of-the road cars, on to cars that looked like they must have been firebombed at that very spot because otherwise, there was no way they could have been transported there; on to scooters, jet skis, lawn mowers. They auctioned off anything with a motor.

Watching a crowd of one hundred move from car to car and seeing the last person realize that they were following a crowd over to a pair of jet skis was priceless. As it got silent, you could hear the last person pushing their way to the front: “ARE YOU SERIOUS, MAN?!”

As I was walking past the entrance at the charity car auction, I noticed another area with nicer cars. There was no doubt some racketeering going on that kept those cars in their own pearly gates. I saw a 1956 pink Cadillac, just like I’d always dreamed of owning, just like the one Elvis Presley bought his mother, Gladys. And then I was reminded of the Betty Ford. The gas it took, getting stuck at DQ, and knowing that no matter how beautiful this car was, that life is never that easy. To own that car, I would have to have a different life. And that life would most likely not include consuming this city’s scenery like an optic form of sunbathing. I would be on the freeway, driving as fast as I could, not staring in awe at the mecca before me with the fear and respect of witnessing a twister.

Sometimes when I am driving down the freeway and see a billboard on the northwest side for the donated car auction, I think of the reasons I love Detroit, where we stand outside the gates of an auction just trying to find a way to get our hands on the same thing for which we built this city. ■

This story appears in the Detroit Neighborhood Guidebook, published by Belt Publishing.


Zoë Villegas is a writer and native Detroiter. She comes from a Mexican American family and has unparalleled love for the grit, glamour, and fringe of this city. She can always be found covered in glitter wherever the most raucous crowd is gathered that day.