Movie Palaces of the Rust Belt

The rise and fall (and rise) of the Main Street theater


Movie theaters first appeared in American cities in the late 1910s, often adapted from earlier theatrical buildings used for opera and vaudeville performances. The first purpose-built movie theaters started to proliferate across cities and small towns in the early 1920s, built in styles ranging from utilitarian brick structures to grand movie palaces. John Eberson was the most famous American theater architect of the era, known for pioneering the “atmospheric theater” concept–theaters meant to transport moviegoers to a particular time and place with highly specific architectural references, lavish interiors, and ceilings painted to evoke “atmospheric” settings such as a starry night sky. Examples include the Palace Theatre in Marion and the Capitol Theatre in Flint—both designed by Eberson himself—as well as the Ohio Theatre in Lima, drawing on eclectic Spanish and Italian Baroque styles with ornate terracotta and brick details adorning the facades.

From the late 1920s through the 1940s, Art Deco was the dominant style, with brightly colored streamline facades and geometric decorative motifs. The years after World War II were a low point for the main street movie theater. As people left the major cities for newly developing suburbs and shopping malls began to replace small town and neighborhood commercial districts, large multiplex theaters gradually took over as the primary destination for American moviegoers. Struggling to compete, many of the older theaters started showing adult films to stay afloat, many more just closed altogether, and some were lost to demolition during the era of urban renewal.

Fortunately this trend started to reverse during the last decades of the twentieth century, as preservationists and other community organizations began efforts to salvage and bring new life to their old theaters. The following images were collected in towns across Michigan and Ohio, remnants of that old heyday of movie palaces—many of them seeing a revival. Once-derelict theaters have been turned into vibrant community spaces. Even some of the unused theaters still play an important role in the community, with the old marquees serving as a billboard for local events like weddings or high school graduations. 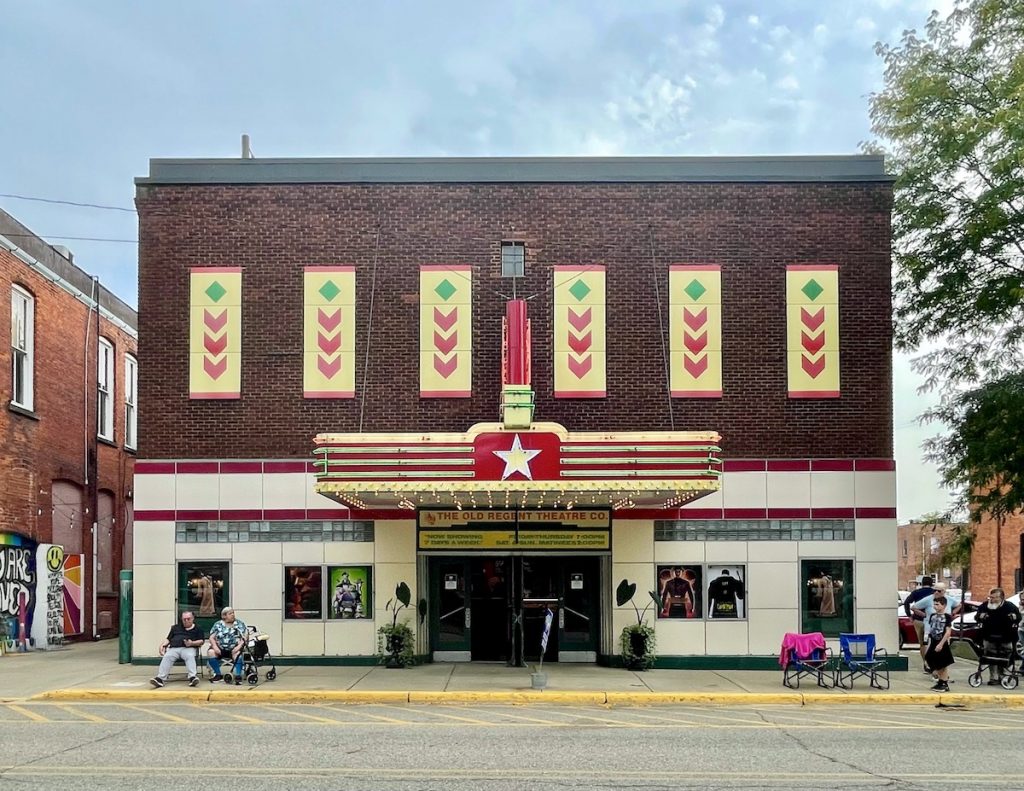 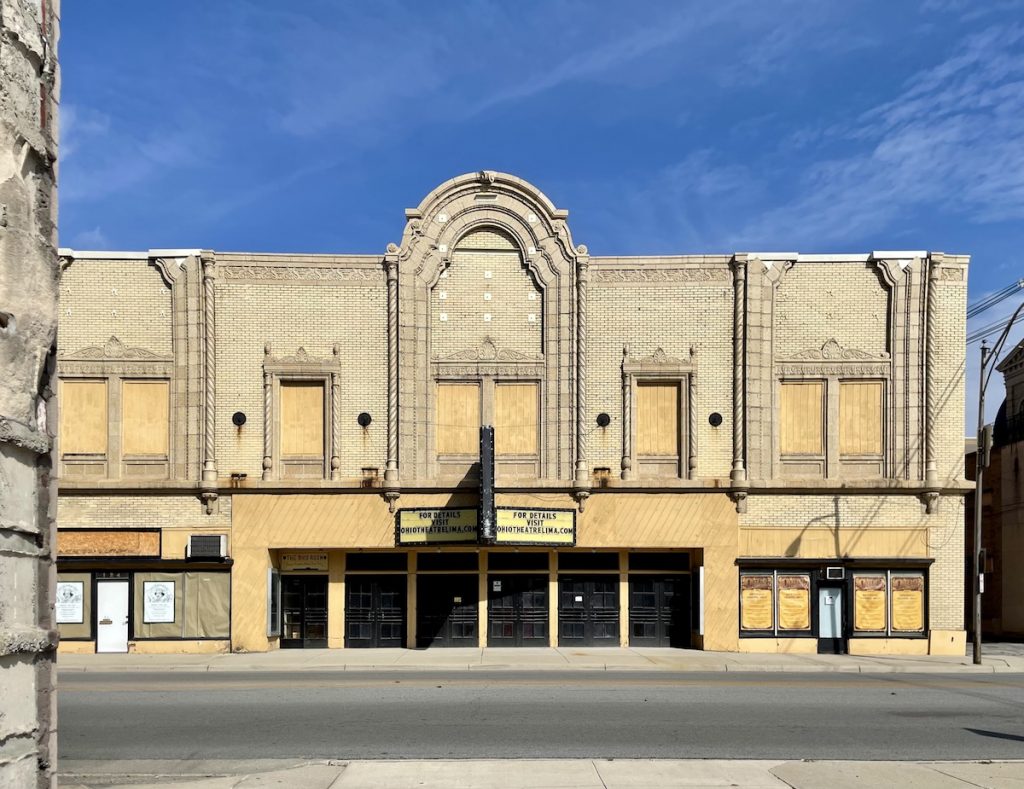 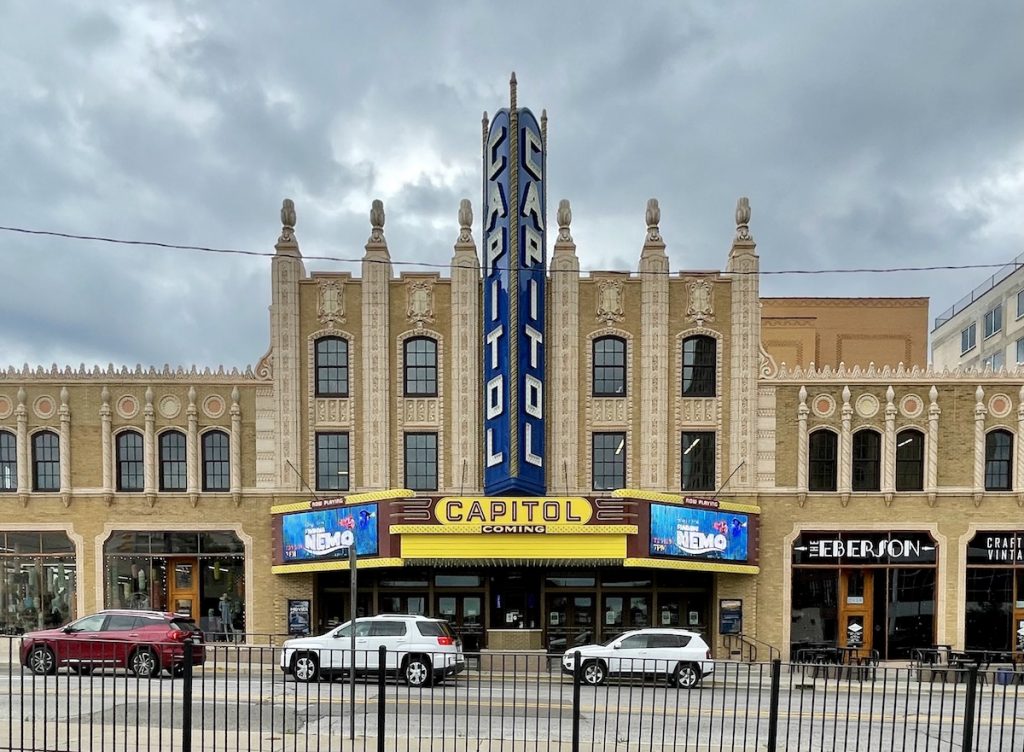 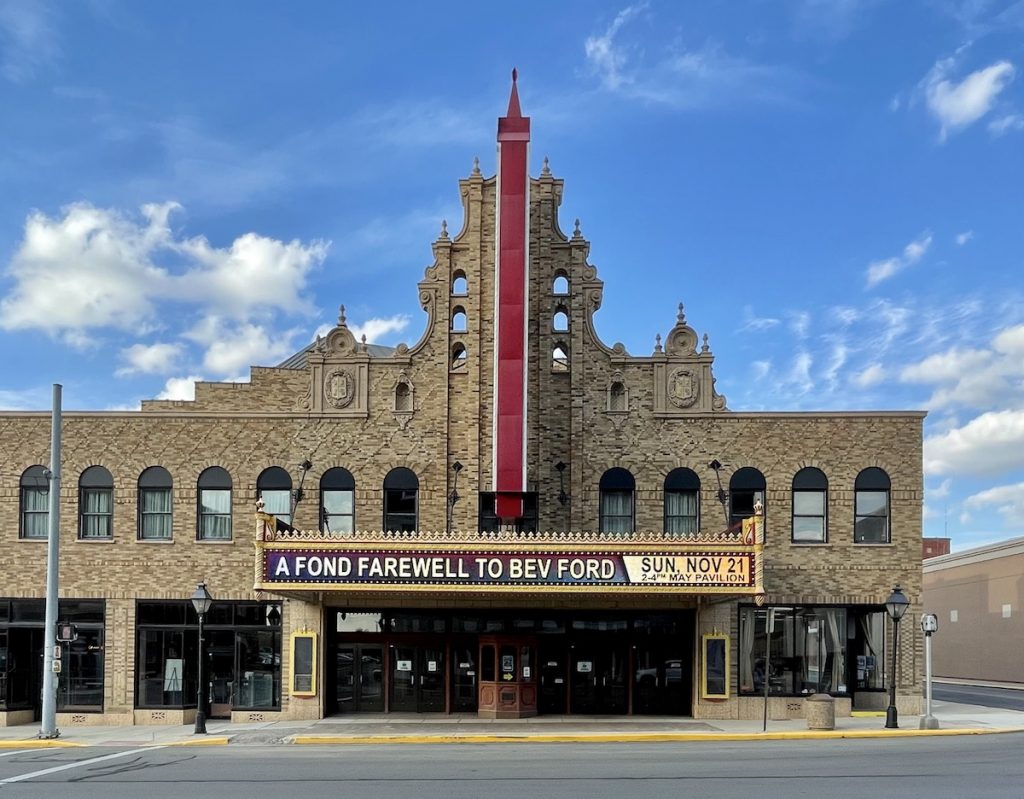 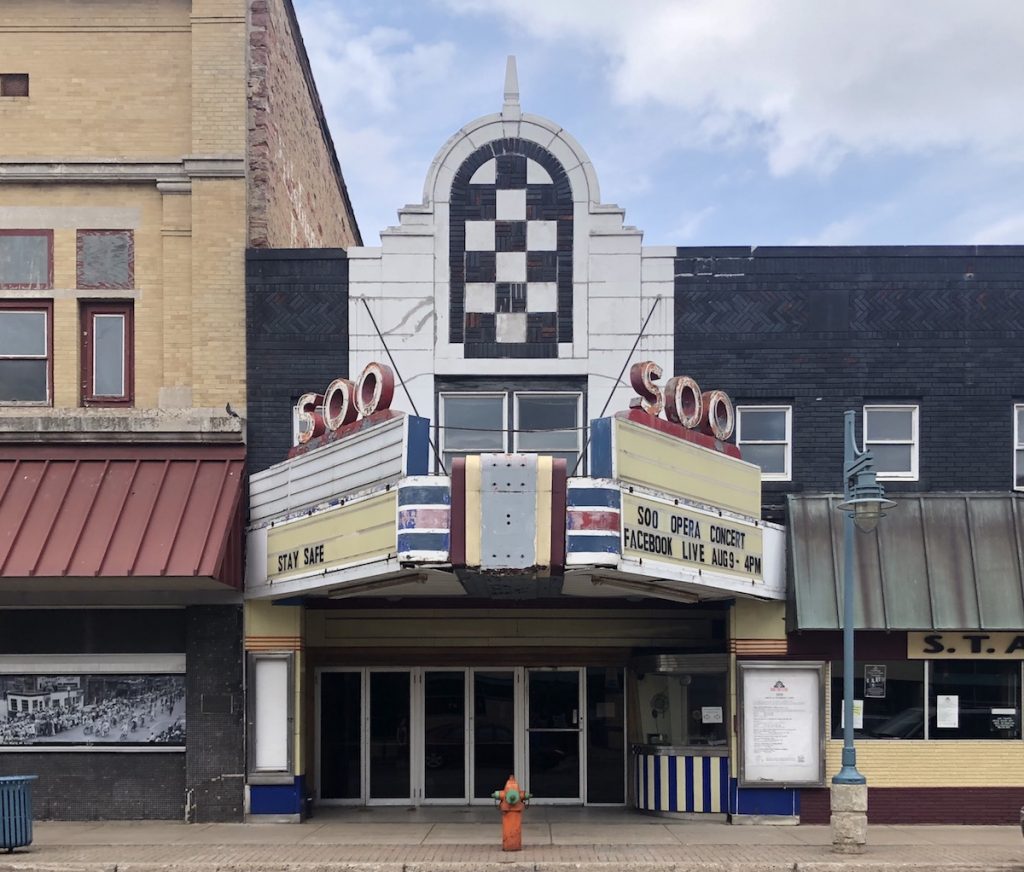 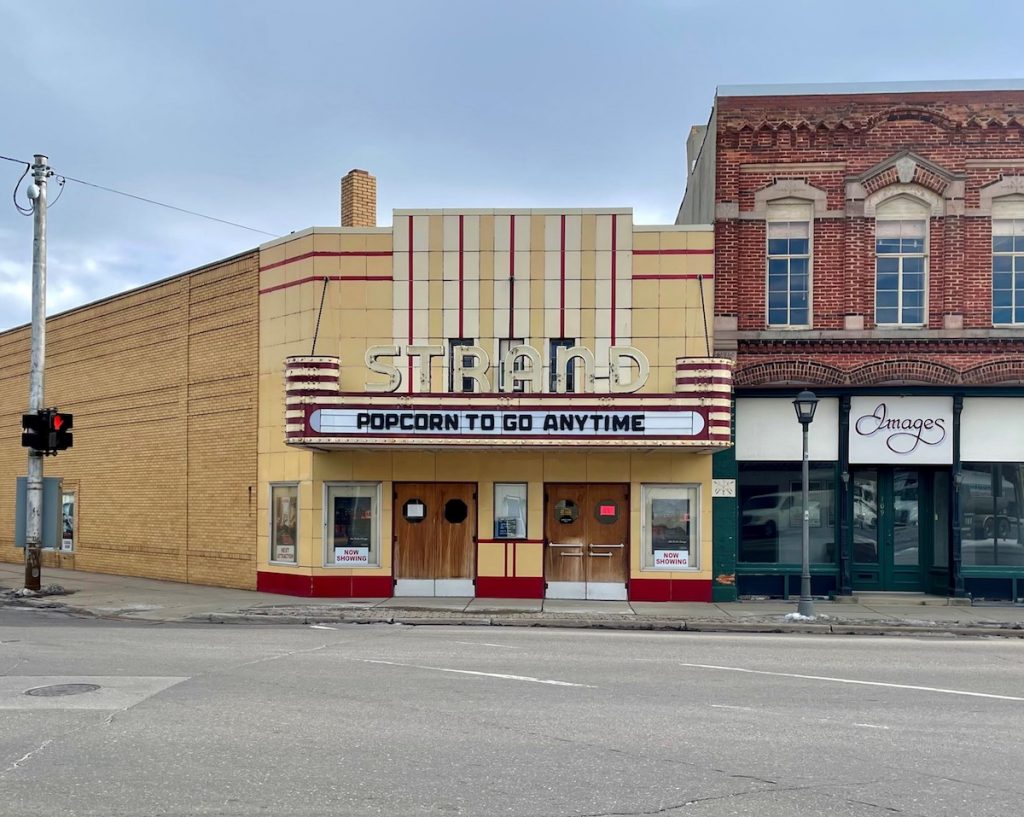 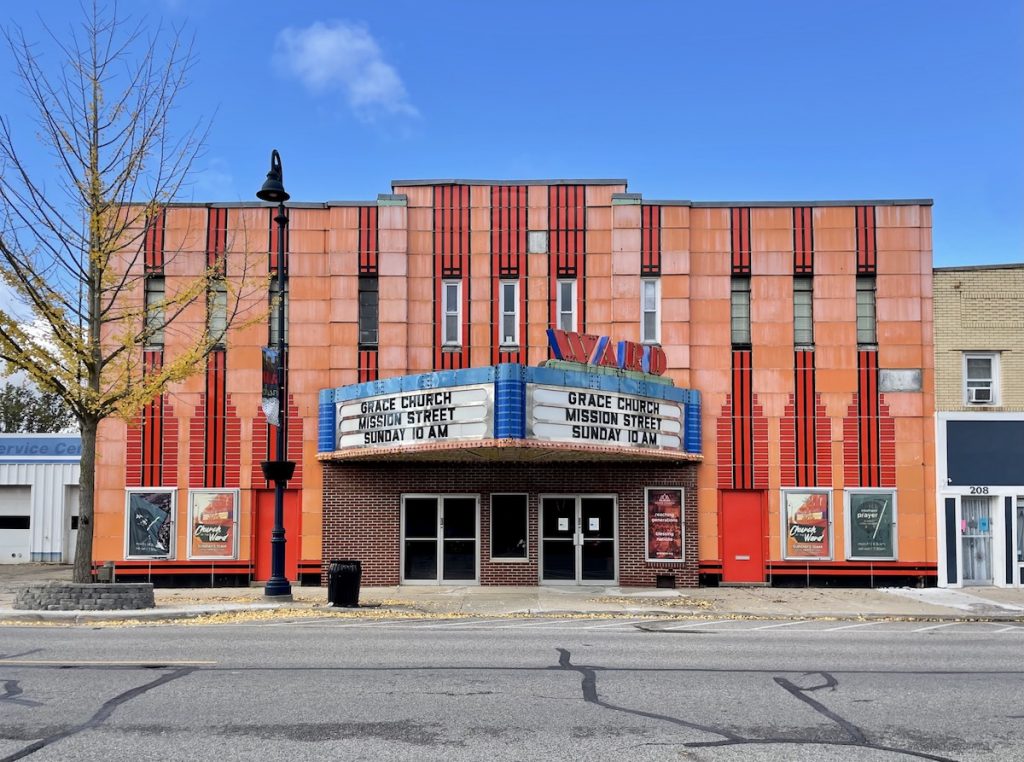 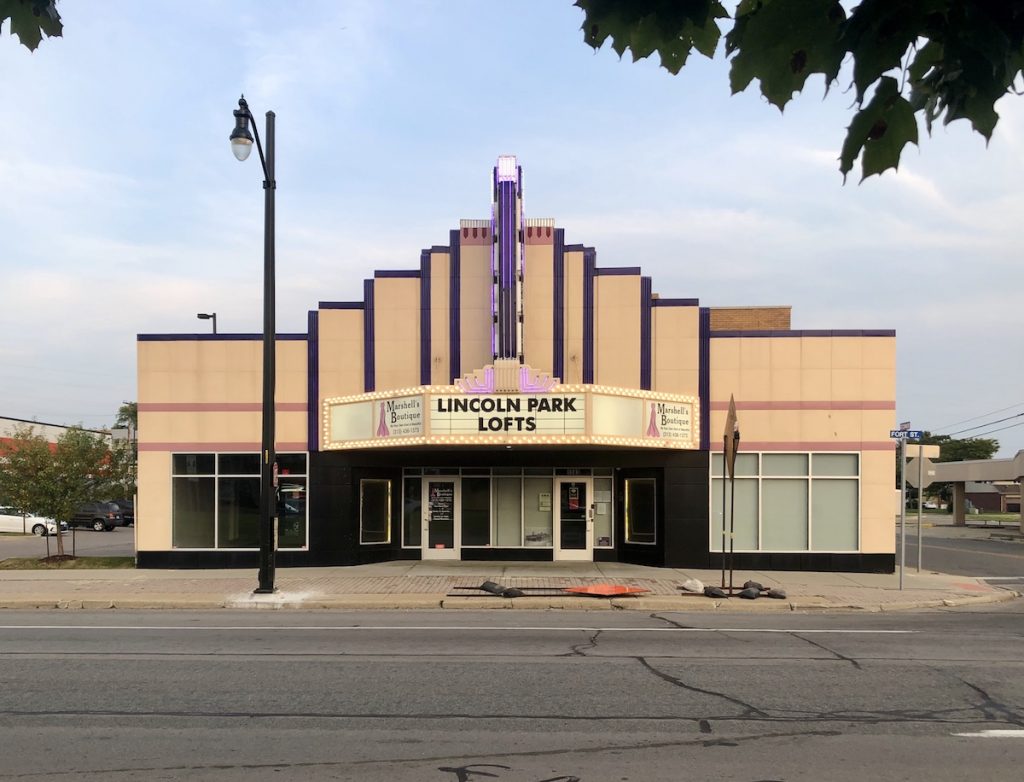 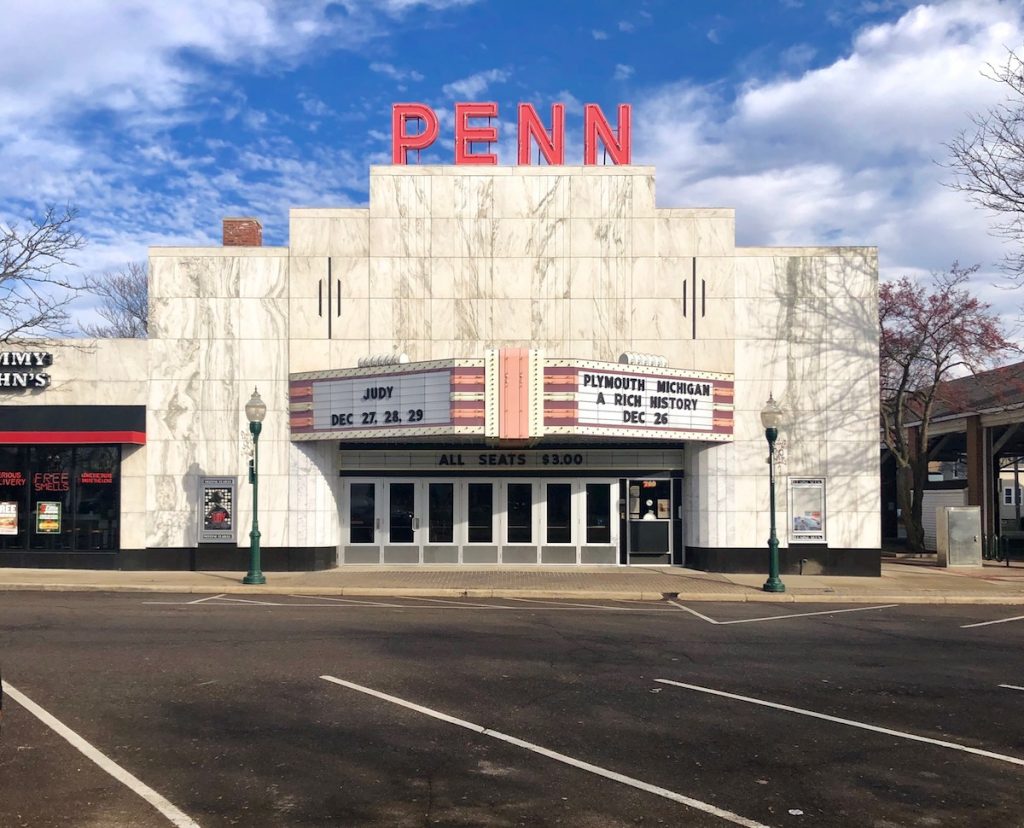 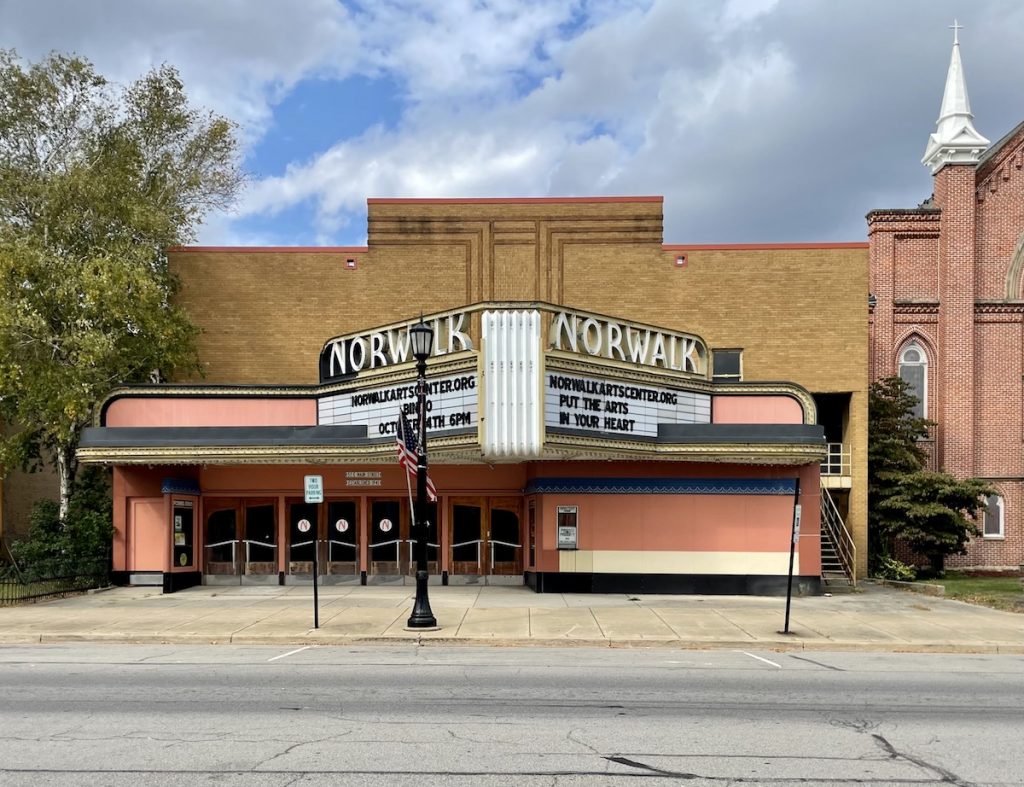 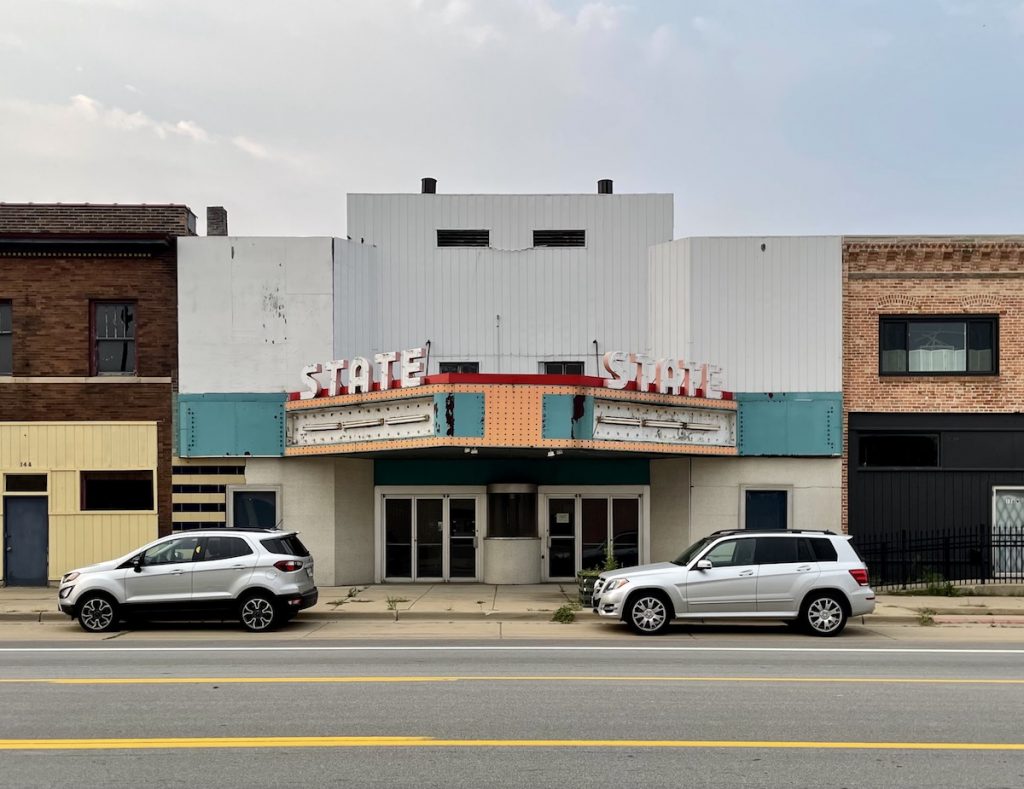 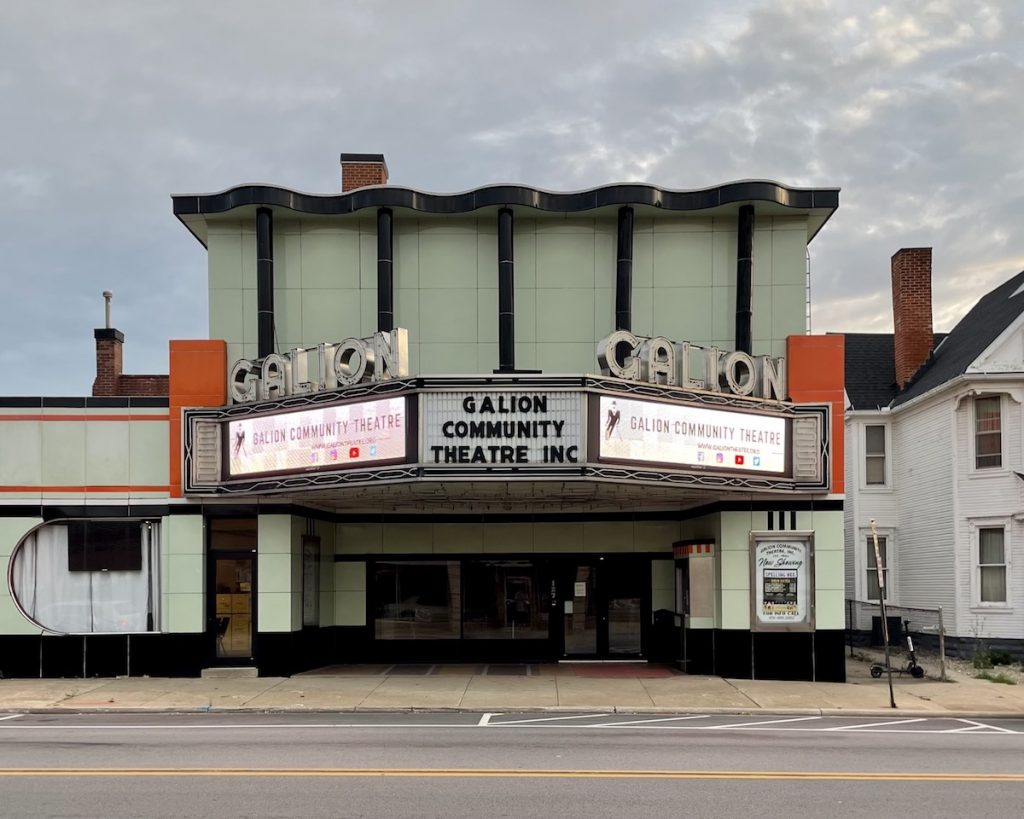