I had a literary agent when I was 23. My agent represented John Knowles, Garrison Keillor and me, among others. The agency had even handled Churchill.

I was “on the road” post-college, going hostel to hostel with my backpack on the “gringo trail” in Latin America. My dad took it upon himself to correspond with my agent. He explained to her, “I have no quick way to contact him [Bert] as he is traveling in Mexico.” This was in 1973.  My dad thought I was nuts to write novels. In hindsight, he was probably right.  I couldn’t do plot very well, although I had “a nice way with words, your dialogues are good, and your characters emerge as individuals,” wrote one publisher, who ultimately rejected my novel. In Latin America I envisioned myself as Jack Kerouac, minus the booze. “Mexico City Blues,” for sure. I taught English in a private junior high in Bogota. I played blues harp in class. The kids liked it but the administration didn’t.

My father hoped I would outgrow the arts. He was a businessman who worked in a Dilbert cubicle at a key manufacturing company (Curtis Industries in Eastlake, Ohio) and invested in real estate on the side. But as long as I insisted on writing, he would back me up.  My dad died fairly suddenly of leukemia in 1986. As soon as he was in the ground, I desperately began searching for the letter he had written to my agent years earlier, about what a good son I was. I looked through my father’s paperwork, but his letters were all about his rental properties. He wrote memos about toilets, radiators and insurance. He owned buildings in Lakewood.

I wrote the literary agent in New York and asked her to please dig up the letter. A new young agent wrote back: “We were touched and wish we could produce your father’s letter but, alas, it is among the missing. The back files of the agency are at the Columbia University library. We thin our files from time and time, and I have to assume that your father’s letter fell victim to the thinning process.” My agent — the one I used to deal with — had retired. Maybe she was dead, like my dad. My dad, who read about two books a year, had been my biggest fan. He had worked for days on the letter to the agent. Meanwhile, I was blowing blues harp in Bogota.

John Knowles came to the literary agent’s office about twice a month to chat, the original agent had said. She had sent “A Separate Peace” to 27 publishers before Macmillan picked it up in 1960. My manuscript — a coming-of age-novel set in Ann Arbor — was on about rejection number eight by the time I hit Bogota and collected my mail at American Express.

My dad was outgoing — not naturally but by force of will — so he became my literary secretary. He had taken a Dale Carnegie course, “How to Win Friends and Influence People.” 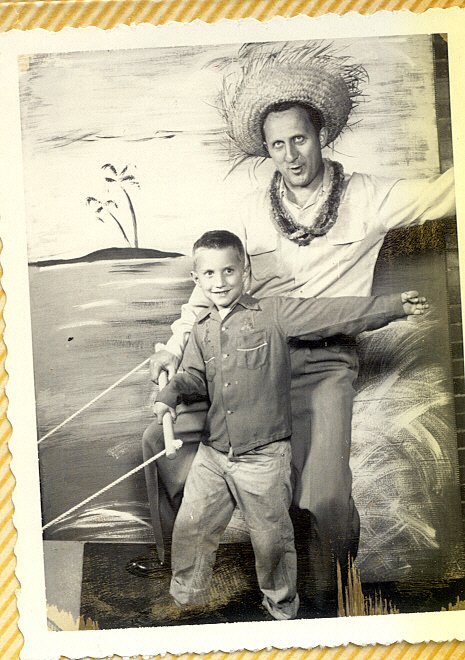 When I got back to Cleveland from South America, he urged me to get involved in the family business: point some bricks, paint some walls, and get my hands dirty. He said, Step away from your typewriter for a moment and deal with real humans, not fake ones. I met “characters” — real estate guys and hustlers. I even wrote a detective thriller, but it wasn’t thrilling enough.

When my father died, I scrutinized his notes — his jottings about boilers and radiator valves, looking for insights into life, into anything. He talked about incinerators: “Light incinerators from the top so they burn down.” What good was that? Incinerators were banned years ago.

“Thermocouples are our biggest problem. Kick in manually if necessary.”

My dad took me to a meeting of garbage haulers at the Commerce Club on the second floor of the Theatrical Grill in downtown Cleveland. I was in my mid-twenties. My novel manuscript was still in play in New York. My agent was up to about 15 rejections, probably. My father and I met haulers, real estate brokers, boiler guys and bankers. I heard jazz wafting up from the piano bar downstairs. Glenn Covington was on piano. 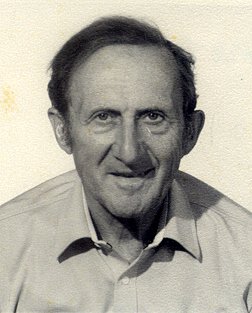 A garbage hauler, wearing a bowtie, interrupted my reverie. He said, “I’m Rasool Akar, Recycling Equipment Company.  Compactors, balers and individualized service. You like the music?”

“I like the dudes who play piano at the same time better. Ferrante and Teicher,” he said.

You kidding? Was nobody hip at this real-estate garbage convention besides me? The main question at our table — directed to my father mostly — was: “You buying?” (Buying buildings, compactors, Flushmates.) My dad said, “Depends on the kid.” Meaning: Depends on the would-be novelist — whether he goes into the real estate biz.

I went into the real estate business. Oh yeah. When my dad died, I stopped writing novels, I went full-time into the biz. I developed a new long-term goal; my tombstone would read “This guy didn’t screw up the family business.”

A few years ago I stumbled upon my dad’s letter to my agent in the attic in a cardboard box marked “literary.” The box was a collection of my rejections from book publishers.  My dad’s letter was in the middle. It read:

“As Bert’s father, I’m sure you will understand my taking this opportunity, though I know Bert will shoot me the first chance he gets, to add that coupled with his talent he is a very dedicated, hard-working and disciplined writer. His heart, soul and efforts are all wrapped up in his work. And he started another book before he went off to Mexico to travel. On Bert’s behalf, I want to thank you for your encouraging letter, your interest in his book and everything you will do to try to get it published. Please do not hesitate to write me if I can be of further help during Bert’s absence. Thanks you so much and good luck.”

This was an acceptance letter. Yes!

The agent never did get any of my stuff published.

___
Bert Stratton is the bandleader of Yiddishe Cup. He blogs at Klezmer Guy, and has contributed to the New York Times, the Times of Israel, the Plain Dealer and City Journal. He has won two Hopwood Awards.