The N-Word: Let’s Cease and Desist

Comedian Bill Maher said it last Friday night on live TV. Now, an official with the Genesee County Land Bank in Flint has resigned after an audio recording of him saying it was posted online.

I am, of course, talking about each man’s use of the n-word.

I like “Real Time with Bill Maher.” My wife and I are regular viewers of the HBO show. Sure, Maher can be a smug prick at times. But as one who grew up listening to the comic genius Richard Pryor, I appreciate the edgy humor and biting political satire and commentary. And I like the frank and topical discussions.

We were tuned in when Maher blithely referred to himself as a “house n****r” during his interview with Nebraska Sen. Ben Sasse on Friday. And, yes, we were taken aback by the remark. Candidly, we weren’t offended as much as we were shocked by his ballsiness. 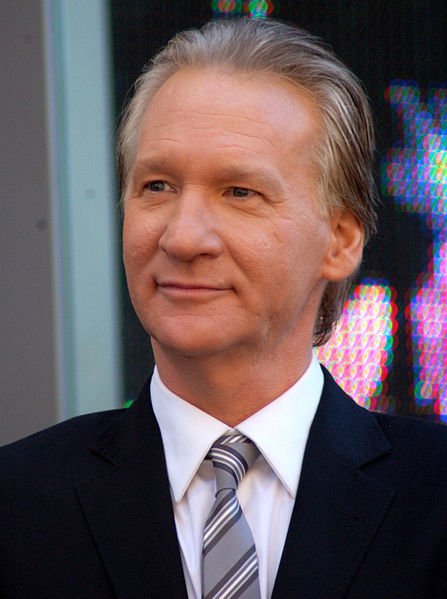 Maher, I believe, was attempting to call “bullshit” on Sasse’s aw-shucks, wholesomeness shtick about the untarnished virtues of working the land. In doing so, he was trying to project a degree of intimacy and shared exasperation with those who might be fed-up with smile-in-your-face Republicans like Sasse.

He failed miserably. Twitter blew up during the show, as many took offense at Maher’s flippant play on our painful history and its legacy. His apology the following day did little to stem the outrage. It doesn’t help that Maher regularly makes troubling remarks about Islam (the fact that he appears to find all religions ridiculous doesn’t make his views on Islam any less of an issue). More on Maher in a moment.

The racial slur leveled by Phil Stair, the now-former sales manager for Genesee County Land Bank, was different. Referring to more than half of Flint residents as “fucking n*****s [who] don’t pay their bills” is not the sentiment of someone you would call an ally. (Unless you are a racist, of course.) The insult was an attack on the dignity of the city’s black residents and a blatant appeal to an ‘us-versus-them’ mindset.

It is the kind of thinking that has played a major role in the undoing of once-great Rust Belt cities like Flint, and manifested itself in the form of discrimination in employment and education, racially restrictive covenants, redlining, white flight and police misconduct.

In the summer of 1978, a group of my teenage friends and I walked into downtown Flint to catch some kung fu flicks at a tired, old theatre. As we headed north across the Saginaw Street bridge spanning I-69 on that warm summer’s night, we were passed by a carload of white guys cruising in the opposite direction.

The five of us – just a bunch of 14- and 15-year-old black boys, minding our own business – shouted back with equal vigor: “Yeah, your momma!” We then steeled ourselves for a fight, in case the car made a U-turn.

It did not. There was no fight. Our two groups continued in opposite directions – them to a strip club, called “The Still,” just south of that bridge on Saginaw Street; us to the decrepit Capitol to watch some cheesy B-movies with English voices dubbed over the dialogue. By then, the decline of Flint – which still ranks among the nation’s most racially segregated metropolitan areas – was already in motion.

Six years later, I was an electrician’s apprentice riding with my journeyman, Mike, as we left Arby’s to head back to work from lunch. Just as Mike was about to make a right turn into traffic, an oncoming car switched lanes quickly, causing us to have to wait. Mike blurted out: “Fucking n*****r—” So quick and fluent, it clearly was not the first time he had said something like that.

Of course, Mike apologized immediately. “Oh, c’mon. I didn’t mean that,” he said, sheepishly, as if he had just called the other driver something more acceptable, like “asshole” or “jerk.”

We rode back to work in silence. Once we were back on the job site, he switched stations on his radio from CK-105, the rock station, to DZZ, the home of Flint’s R&B. I guess that was his method of atonement and showing that he was now “woke.” I said nothing; he got the message.

I learned a lot from Mike – and I never looked at him the same again.

It was neither the last nor the only time I heard the word used in my presence by a white person with whom I worked in the shop.

Invariably, whenever a white person gets busted saying n*****r, a strain of the discussion focuses on the so-called double standard regarding its usage. If “they” can use it, why can’t “I”? More precisely, the question is: If “they” can use it with impunity, why don’t I have the same freedom?

[blocktext align=”right”]How would it help draw
us together and resolve
our differences and
common challenges?[/blocktext]The “they” most often refers to the Dave Chappelles, Chris Rocks and rappers of the world who have no qualms about using the n-word as a part of their acts. However, such questions often sound like a little boy asking why he cannot pull on his sister’s hair. (“Why not!? She pulls on her hair!”)

I hope Maher can learn from the experience, and that he can apply the lessons elsewhere. I also hope that we can glean something constructive from Stair’s racist rant. Although the contexts were different for the two white men when they uttered the word, each was in the ‘safe company’ of other whites.

Still, the question remains: Why? Given the word’s heritage among whites, why would you want to use it? For what reason? How would it help draw us together and resolve our differences and common challenges?

But the lessons are not limited to whites alone. The time for trying to preserve the soft “a”-ending version of the word for restricted slang and artistic use has passed. Even Pryor, whose groundbreaking standup comedy made funny use of the n-word, stopped using it years before his death in 2005. Its rightful place today – both the hard “er” and soft “a” versions – is in history books and museums, alongside all those monuments to the Confederacy.

We are all riding in the same car now. At least, I like to think so.

____
Bob Campbell is a Flint (Mich.)-based writer. A former skilled tradesman for General Motors and newspaper reporter, he has been a staff writer for East Village Magazine, the Flint Journal, the Lexington Herald-Leader and the Detroit Free Press. His nonfiction narrative, titled “Spirit of Sam Jones,” was published in Belt Publishing’s Flint Anthology in June 2016.