The Paris of Cleveland 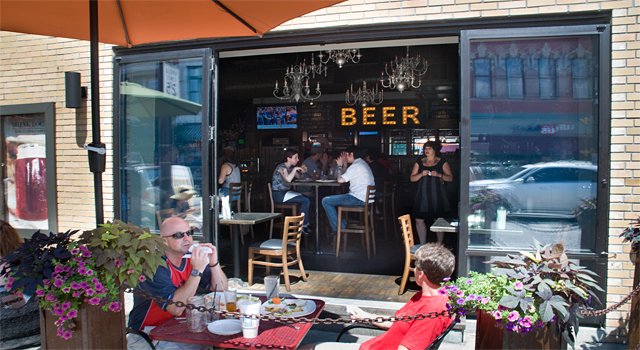 I first visited Ohio City in the early ‘80s with my parents and six siblings to shop at the West Side Market. I remember my immigrant mother and first-generation father sharing their love of the old-world vibrancy of the market. I also remember how dilapidated the surrounding neighborhood was, but how it had a soul and energy that the insipid suburbs lacked.
Fast forward to the early ‘90s. I’m studying Urban Planning at Cleveland State University’s Urban Studies College. I’d taken two study-abroad trips—to my family’s farm in Ireland and later for a summer in Poland–along with more than a dozen backpacking trips to East and West Europe, Asia, South America, the Middle East, South America, and all across North America. In the process, I’d become fascinated with cities and the way the best of them can make the lives of their citizens robust and happy.

These travels inspired ideas to bring back home and have also made me love Cleveland all the more. It seems that the people who complain about Cleveland are the ones who don’t have a passport.

I opened my first restaurant, Café 101, at CSU in my junior year on a whim. After an eight-year run, CSU would not renew the lease, and I was on the hunt for new location. Thanks to my travels, I realized how lucky we are to live in Cleveland at this point in time. The opportunity in this “post-industrial frontier” is astounding, and there’s no better example than Ohio City. 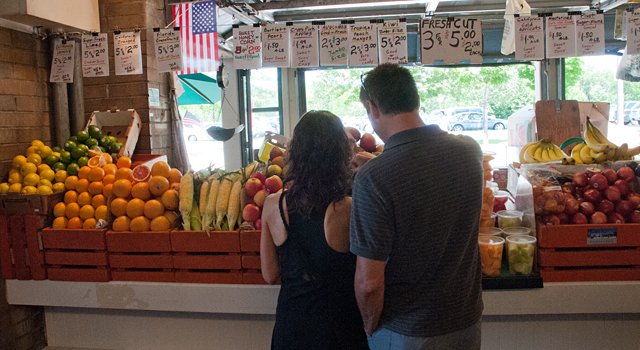 Wanting to control our location, my business partners and I were able to purchase the real estate for our first Ohio City venture–McNulty’s Bier Markt, Bar Cento and Speakeasy–for $400,000. That’s less than my Manhattan friends were paying for a closet-sized condo. The year was 2003, and people all over–from my mom to a few very, very long-term residents of the neighborhood–thought we were crazy to invest in blighted Ohio City. They thought we were completely insane in 2008, when we bought the building across the street that was condemned and a decade vacant to open Market Garden Brewery.

The skeptics went quiet when they saw that the rising tide actually was lifting all ships. The urban-pioneering Conway brothers of Great Lakes Brewing saw record sales at their 25-year-old brewpub. The 101-year-old West Side Market hasn’t been this busy in decades. And now our biggest challenge in Ohio City is finding parking for the thousands of cars that visit each week.

Then something else happened. All of a sudden, everyone wanted in on Ohio City. The rent on my one-bedroom apartment above Third Federal Bank went up to $1,075 per month, and a years-long waiting list formed for housing in the neighborhood. Only one storefront is available north of Lorain Avenue. And nearly 500 residential units are under construction or shovel-ready within a ten-minute bike ride. I just bought a scruffy piece of land a three-minute walk away and will build seven fee-simple townhomes where my mortgage will be less than my current rent.

Naysayers will cry “gentrification,” but progressive thinkers will see that progress and revitalization is happening at a pace and scale rarely seen. 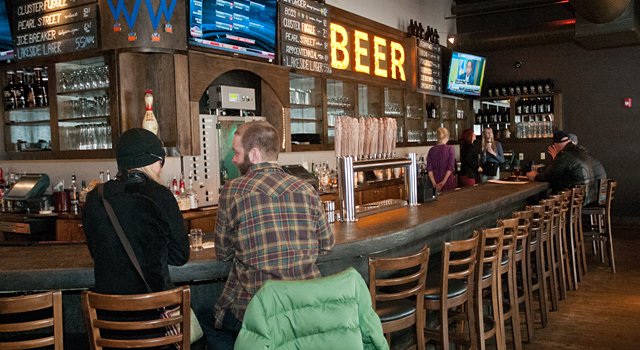 Recognizing the need to diversify Ohio City’s retail so it’s not simply a restaurant/bar/brewpub district, we are actively promoting and collaborating with other forms of retail. And we’re putting our money where our mouth is by purchasing the Culinary Arts Building on West 24th Street and working to convert it to a 43,000-square foot fermentation facility with a retail store open six days a week, selling our house-made beer, whiskey, cheese, charcuterie, kombucha, vinegar, pickles, etc. We’ll also offer tours, classes, cooking demonstrations and culinary training programs on site.

So what does the future hold for Ohio City?

Now that the commercial corridor is vibrant and largely full, the big push is on housing. As the oldest residential neighborhood in Cleveland, we’ve got an amazing stock of beautiful historic homes. And while most have been painstakingly restored, there are still historic restoration opportunities.

New construction–both for sale and for rent–is where we can best meet the high demand for more housing units. I, as well as other developers, am in the process of buying up buildable land within a 15-minute bike ride of the West Side Market to extend the neighborhood’s energy beyond West 25th Street.

Many people are concerned about the high demand for parking in Ohio City. While it’s a great problem to have, it is also a motivation to build out our neighborhood densely and vertically–and with an emphasis on public transport, protected bike lanes, and a human, walkable scale. 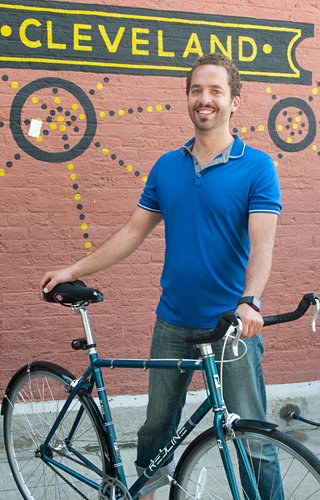 Sometimes people cringe when they hear words like density, walkability, bike lanes, etc. Funny, though, how we love those things in cities like Paris that were designed before the automobile became the exclusive focus of city planners. I’m struck by how people who are skeptical of bicycle commuting in the winter think nothing of skiing at sub-zero temperatures and enjoying a beer apres ski ankle-deep in snow. Maybe it’s time we start living the lifestyle we so admire when we holiday overseas.

Maybe that just means getting back to Cleveland’s roots. Ohio City was once a dense, vibrant, walkable neighborhood with department stores, hardware shops, dentists, doctors, taverns, and breweries galore. And I hope it will be once again. We certainly are well on our way–and the best is yet to come!

Sam McNulty is the owner of Bar Cento, Market Garden Brewery, and other establishments in Ohio City.