A few years ago I noticed something about my favorite works of contemporary fiction set in the Midwest: they were all set in the past. Jeffrey Eugenides’ Middlesex (2002) is a sweeping tale that mostly takes place in 1960s Detroit. Marilynne Robinson’s Iowa-set novels)—Gilead (2004), Home (2008), and Lila (2014)—explore the state in the middle of the twentieth century. Ward Just’s An Unfinished Season (2004) spotlights upper- class journalists and lower-class laborers in 1950s Chicago. Celeste Ng’s Everything I Never Told You (2014) is set in 1970s Ohio. Chris Ware’s Jimmy Corrigan: Thee Smartest Kid on Earth (2000) is thick with flashbacks to Chicago’s 1893 Columbian Exposition—an event that, thanks to Erik Larson’s 2003 blockbuster historical true-crime tale, The Devil in the White City, seems to be the only Midwestern story people find interesting en masse besides cop and hospital dramas. And on and on.

This struck me as a problem. Why were writers considering the Midwest as a place where things happened, but no longer did? Earlier generations of writers didn’t behave this way. The canonical Midwest writers—Willa Cather, Theodore Dreiser, Saul Bellow, Ernest Hemingway, Richard Wright—all wrote about Illinois, Michigan, Nebraska, and Ohio in their moment, using their fiction for journalistic, way-we-live-now purposes at a transformative moment for the region. Through the first half of the twentieth century and much of the postwar period, the American economy shifted from agricultural to urban, and the migration of blacks from the South and immigrants from Europe made the Midwest an industrial powerhouse, and a rich breeding ground for social conflict to boot. Sinclair Lewis satirized that moment; Wright condemned the racism that accompanied it; Bellow celebrated transcending it.

But as the twenty- first century approached—and as the Midwest lived in a new moment, one when its manufacturing might continued a steady decline that began in the 1970s and 1980s—some of the most prominent novelists and short-story writers weren’t keeping up. Indeed, they seemed to gaze mostly backward at the region. In 1966, Robert Coover, a writer as eager as any postwar American novelist to challenge literary orthodoxy, published The Origin of the Brunists, an epic novel about an Illinois mine explosion hardly a decade past. In 2014, he delivered an epic sequel about what happened . . . five days later.

Not every Midwestern writer is caught in this time warp. Aleksandar Hemon writes about contemporary Chicago with a seriocomic grace. Gillian Flynn isn’t just a master of page- turning plot twists, but a savvy thinker about the intersection of the Midwest and South in today’s Missouri bootheel. Bonnie Jo Campbell and Stewart O’Nan have written sharp fiction about middle-class survivors in present-day Michigan and Pennsylvania. Jonathan Franzen is much-mocked for (among many, many other things) being forever conflicted about whether Midwestern values are a boon or bane, but he considers those values as they’re being lived now. In the past decade or so, stories about the economic decline of the Rust Belt and Detroit have stoked novels like Philipp Meyer’s American Rust (2009) and Angela Flournoy’s The Turner House (2015). 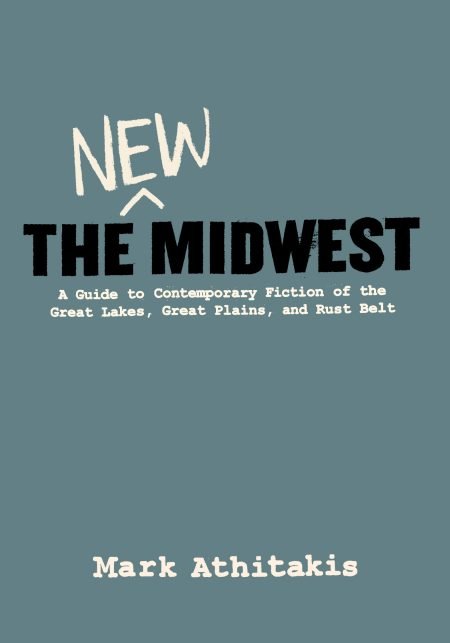 Even those books, though, are often concerned with the past—that is, with what’s been lost since the factories closed, after the verities of “Midwestern values” have eroded, once the promises of the region as one that welcomed immigrants and provided stability for blacks and Hispanics has crumbled. If they’re not nostalgic for the past, they often lament what’s been lost in the present.

But if today’s Midwestern writers aren’t on top of the news the way their precursors were, they aren’t engaging in empty nostalgia either. Something more dialectical is going on: just as the books set in the present day are reckoning with the past, the books set in the past are also arguing with the present. Midwestern fiction today is a living manifestation of the tension between the region’s old idealism and present-day reality. Robinson, Eugenides, Ng, and Just—and Jayne Anne Phillips and many more we’ll get to—have used their novels to voice themes about race, sexuality, work, faith and more that they wouldn’t have had the freedom to in the time when their books are set. That’s a risky strategy that doesn’t always make for persuasive fiction: implanting contemporary values upon the stories of the past is a tricky business if realism is your game. But I think Midwestern fiction is stronger for the number of writers who’ve risen to the task. The better writers on that front, such as Flynn, Ware, and Dinaw Mengestu, exploit the surfaces of the homey Midwest tale to smuggle in a more provocative or contemporary perspective. Contemporary American fiction is often dismissed as dealing in safe and gentle domestic family dramas set in white and upper-middle-class milieus. That’s not what’s happening in these books, though.

The above is an excerpt from the introduction to The New Midwest: A Guide To The Contemporary Fiction of the Great Lakes, Great Plains, and Rust Belt publishes February 6, 2017. Order a copy here, and have Athitakis sign your copy at the AWP conference on February 10.

Become a member of Belt and receive a free copy of the book.