Solidarity, Trauma, and a Moment of Relief in Minneapolis

Snapshots from the streets of Minnesota, where the fight is far from over


Minneapolis has become synonymous with the fight for social justice—mainly out of necessity. The Twin Cities area has seen many Black and Brown lives cut down by the hands of the police, and, as it continues to happen, more and more people take their grievances to the streets and demand that their voices be heard. Community-led memorials now live where businesses once stood, and archaic systems are starting to bend under the pressure of citizens (albeit at a nominal pace).

Within the span of a week and a half, another Black man, Daunte Wright, was killed by the police, the military presence in the Twin Cities amped up and attempted to thwart community-led peaceful assemblies, and George Floyd’s murderer was convicted on all charges after a year of community-led activism. The fight is far from over, but for one day the Black community here celebrated a slight reprieve from the oppressive systems that seek to hold it down. 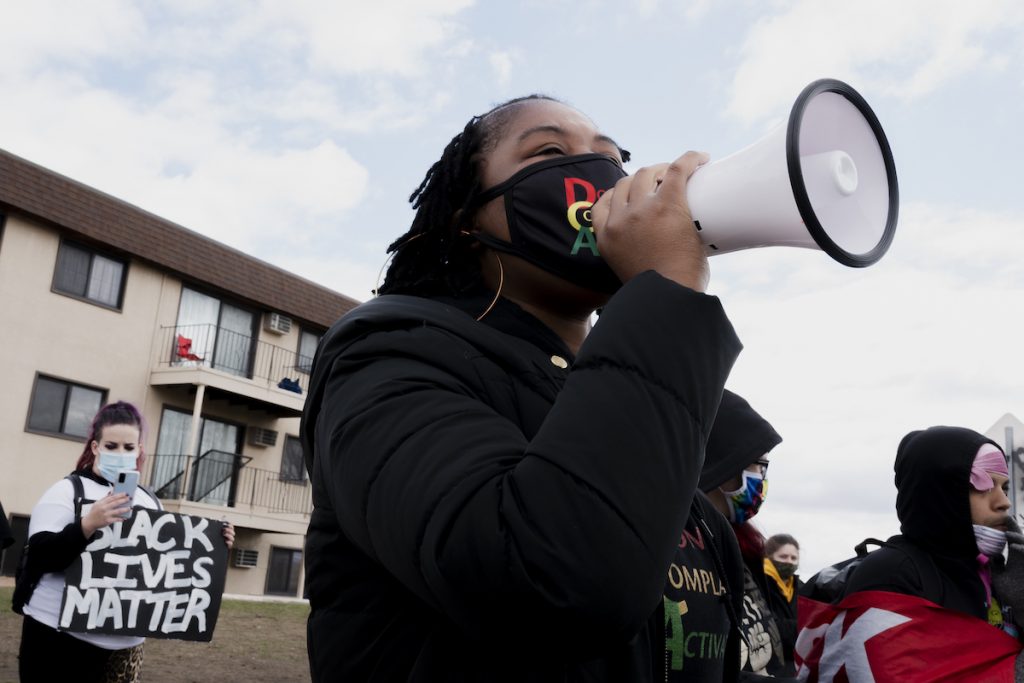 Leslie E. Redmond leads protestors who gathered in Brooklyn Center, Minnesota to pay their respects and oppose the police killing of Daunte Wright. 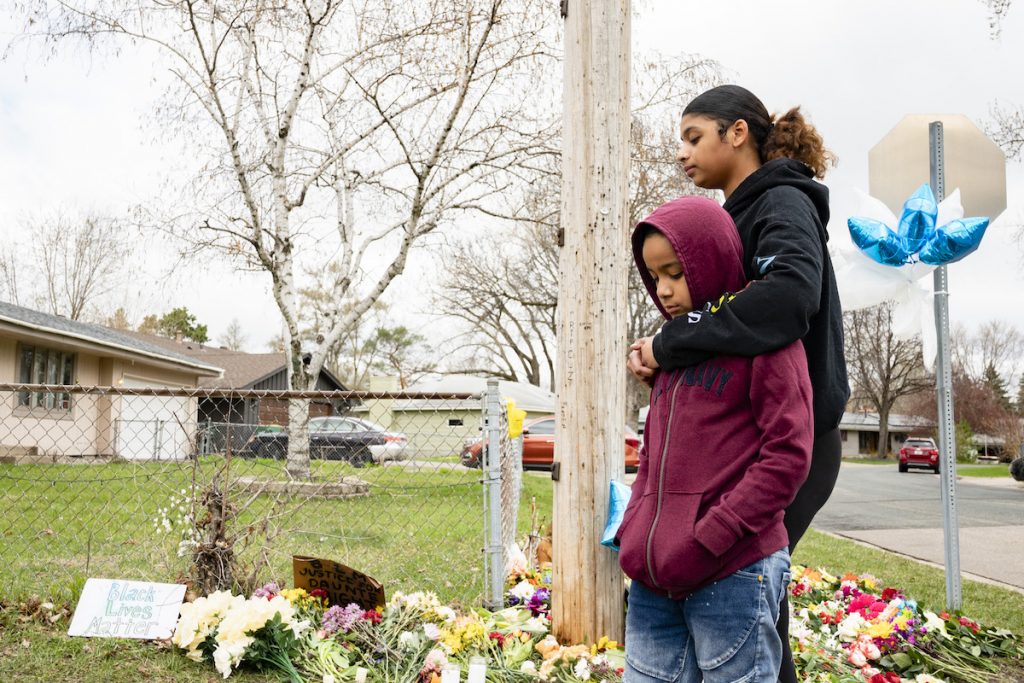 Siblings console each other as they mourn the loss of Daunte Wright at his newly erected memorial in Brooklyn Center on April 14, 2021. 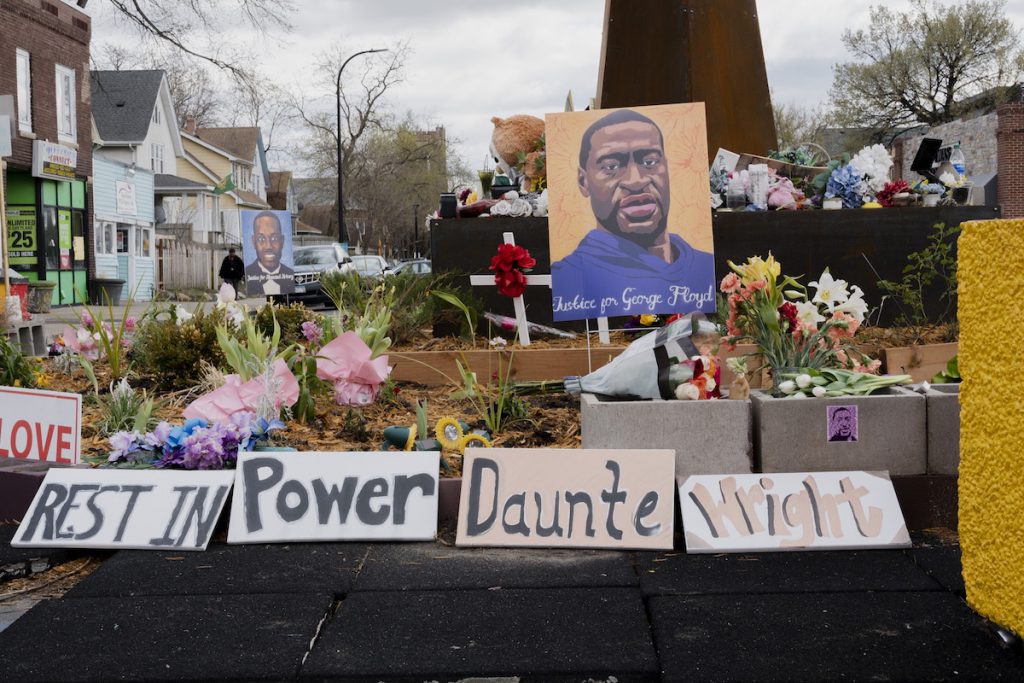 George Floyd Memorial at 38th and Chicago in Minneapolis, Minnesota. 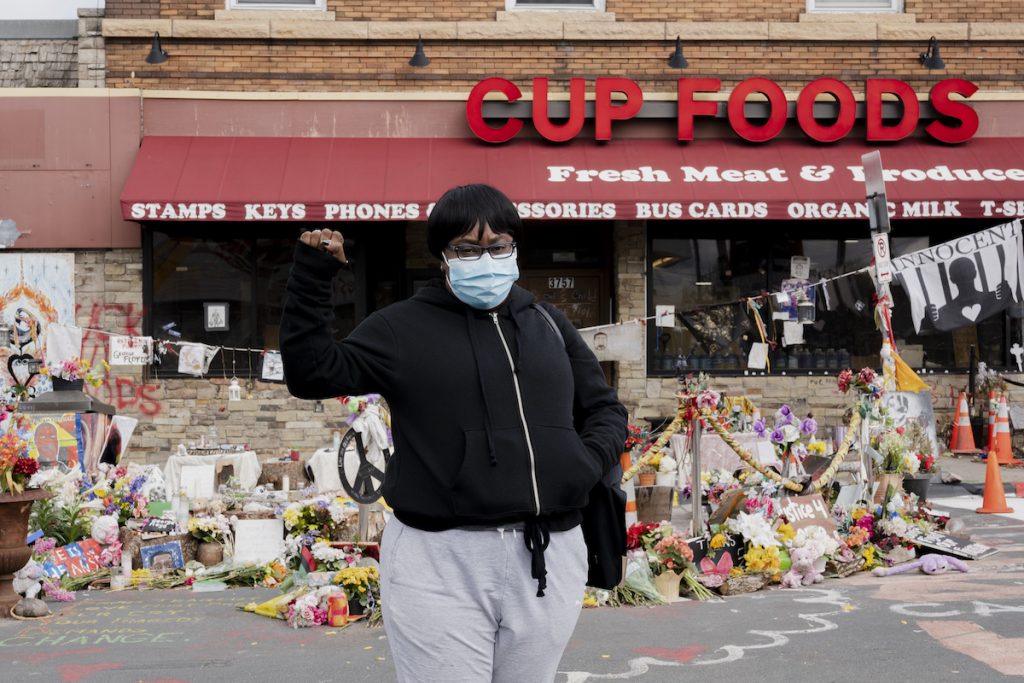 A person stands with fist raised in solidarity in front of the George Floyd Memorial at 38th and Chicago in Minneapolis, Minnesota. 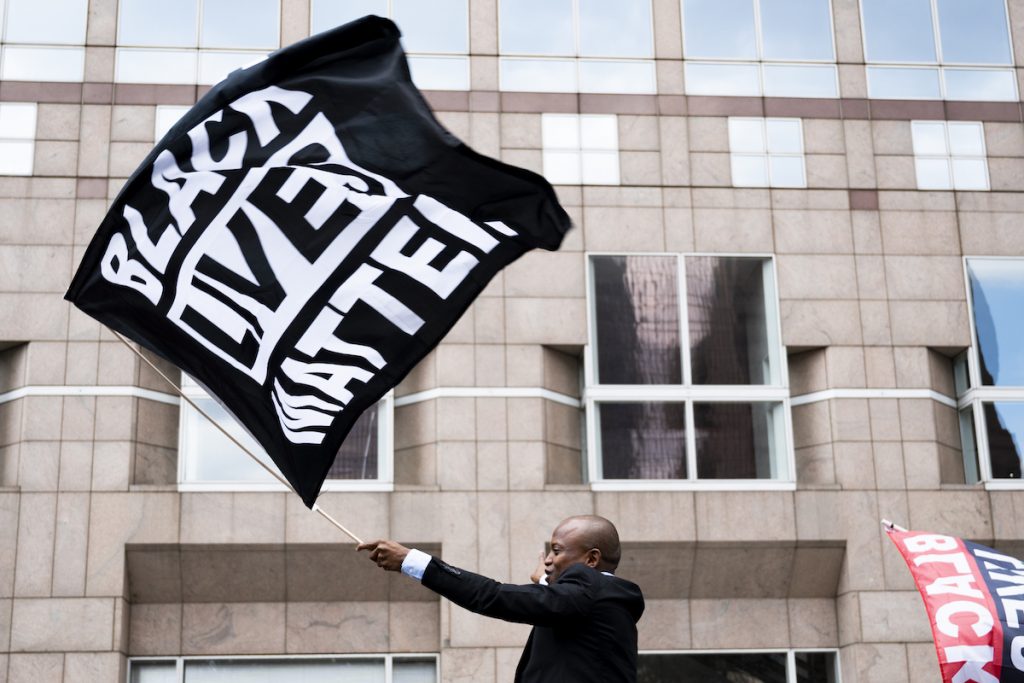 A person waves a Black Lives Matter flag on the day of the Derek Chauvin trial verdict. 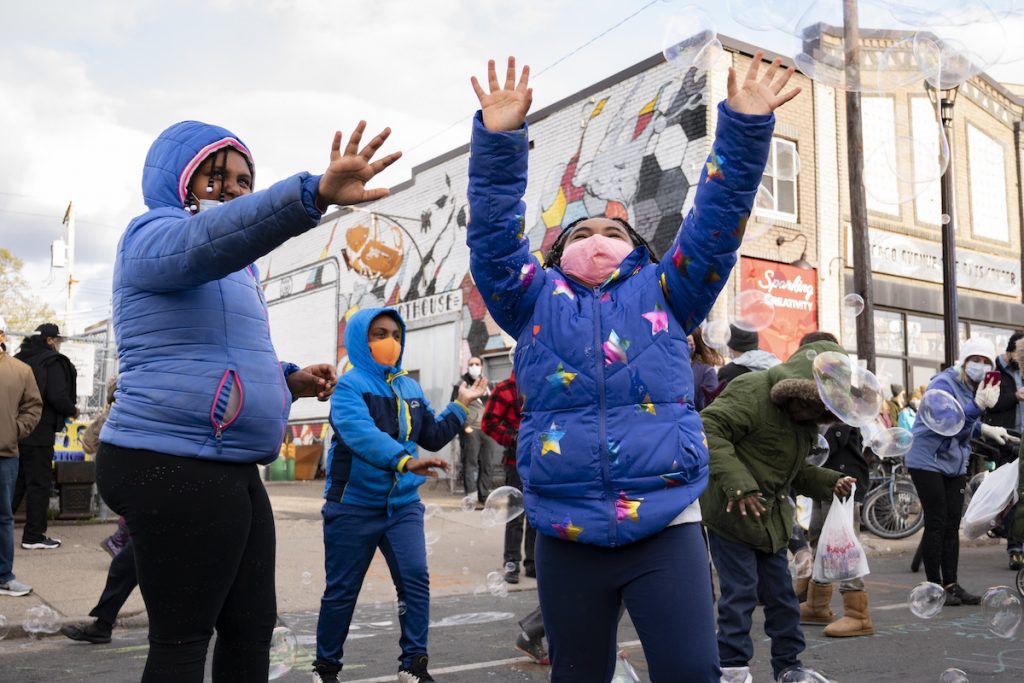 Community members celebrate on the day Derek Chauvin was convicted of murder in the death of George Floyd. ■

Andrea Ellen Reed is a multimedia artist who specializes in still photography, film directing, and soundscapes. Her work seeks to advance the multifaceted narratives that make the vibrant and resilient BIPOC communities thrive. Her work can be seen in publications like the New York Times, Vanity Fair and more.
–
Belt Magazine is a 501(c)(3) nonprofit organization. To support more independent writing and journalism made by and for the Rust Belt and greater Midwest, make a donation to Belt Magazine, or become a member starting at $5 per month.