Preparing Cleveland, And Clevelanders, For The RNC

When Belt announced a fellowship to cover the RNC last week, comments included: “Hell, no”; “Does the fellowship include life insurance?”; and, “Only if you provide body armor.” Some, particularly women and people of color, were more serious about their opposition to covering the scene downtown, citing the recent Department of Justice report on the Cleveland Police Department, the 2014 police killing of Tamir Rice, and the pattern of violence at Trump rallies. These are all important and legitimate concerns, but they raise a troubling question for those of us who live in Cleveland: if journalists should legitimately fear going to the event, what about those who work and live downtown, who have no option but to be on those streets on those days? Are all these comments about violence at the RNC fear mongering, or its scarier counterpart, legitimate fear? 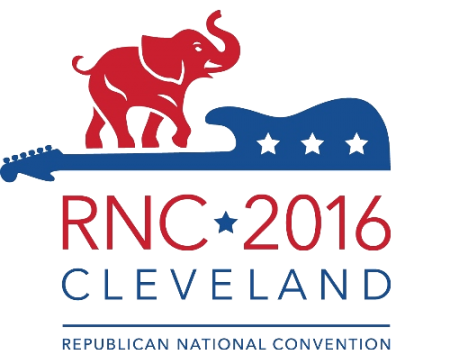 Clevelanders have been talking about the Republican National Convention for almost two years now, long before anyone debated punishing women who had abortions or was able to parse the rules of a contested convention. City boosters declared a victory when Cleveland won the convention, and promptly began pouring taxpayer money into new hotels and downtown renovations. Homeowners excitedly planned to leave town and put their houses up for “New York City level” rent for the week, and small business owners servicing tourists started anticipating an uptick in revenue.

But now that the RNC is shaping up to be more interesting, unpredictable, and potentially violent than anyone imagined, the conversation is shifting. Some who planned to protest have decided it may be best to stay away after seeing the fake petition to allow guns in the Quicken Loans Arena. Companies located downtown are quietly allowing their employees to work elsewhere from July 17-21, but officially are assuring the RNC Host Committee they’ll be going about their business as usual, so to ensure that the downtown will “look vibrant.” Profiteering now means selling “Cleveland: It’s Going To Be A Riot” T-shirts and putting Jeffrey Dahmer’s childhood home up for rent.

For those in charge of the getting and spending, things are not lining up as planned, either. The city is still ten million short of what they need, and even committed sponsors may pull out. The federal money going into the convention is hard to track, and the Cleveland Police Department seems to be behind on its orders for body armor and extra security while it is now requesting funding to — get this — build a wall. (The city council long ago waived its right to oversee how the mayor spends the $50 million in federal money it will receive to cover security.) The city is looking for  “protest insurance” and the rumor mill is focused on why the Koch Brothers-backed Freedom Group cancelled their reservation at the tony Union Club rather than on any rising RNC rental market.

[blocktext align=”right”]If journalists should legitimately fear going
to the event, what about those who work and live downtown, who have no option but to be on those streets on those days?[/blocktext]It all adds up to a hell of a lot of uncertainly not only for the nominee selection process but for the city of Cleveland. Whatever happens, a lot of taxpayer money will be spent on welcoming delegates and defusing the potential for violence. For those who work and live here, who are not seeking to profit or protest, what happens downtown during those four days in July is a cause for concern, whether because huge amounts of money will be spent on an ephemeral event, because the police have already shown a pattern of bias, or because of those promised Trumpian riots.

For outsiders, deciding to stay away and reading the coverage provided by those intrepid (or white) enough to cover the RNC from the safety of home is an option. But it is not one that Cleveland residents and workers — including the promised 600 new employees of the Hilton Hotel — have the luxury of choosing.

___
Anne Trubek is founder and publisher of Belt. Her last piece for Belt was 12 Tips for Journalists Covering The RNC.