I abandoned Gillian Flynn’s Gone Girl shortly after it came out in 2012. Around 50 pages in, I started wondering: What were people seeing in it? Here was a couple, Nick and Amy Dunne, that had hit the skids after losing their New York media jobs and retreated to Nick’s native Missouri only to then use the extra time on their hands to depict their new hometown in various shades of vomit. Nick bemoaned their rented house “that screams Suburban Nouveau Riche, the kind of place I aspired to as a kid from my split-level, shag-carpet side of town.” In her diary, Amy mocked Nick’s description of Missouri, which is itself mocking: “And when I laugh (bratty, bratty New York girl who has never ventured to those big unwieldy middle states, those States Where Many Other People Live), he informs me that Missoura is a magical place, the most beautiful in the world, no state more glorious.” 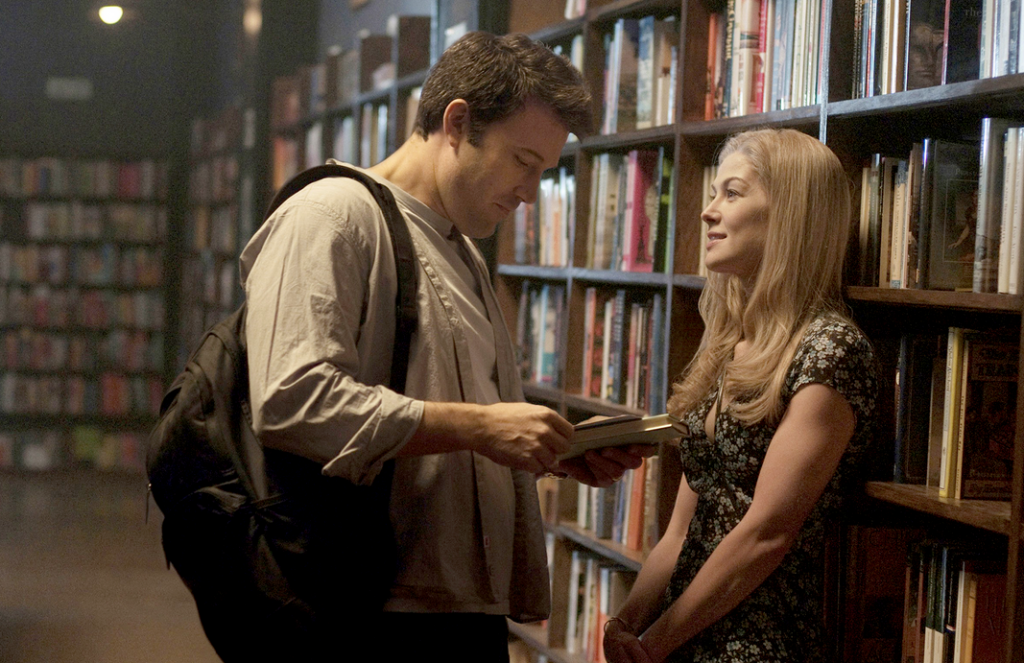 These two people deserve each other, I thought. Upon leaving New York, Nick and Amy formed a two-person cult of anti-Flyover Country rage. Even if it was obvious some kind of unreliable narration was going on, even if it turned out that Amy’s diary entries were part of some sociopathic scheme, the pair’s scorn for their Midwestern circumstances — sometimes self-pitying, sometimes openly contemptuous — was annoying bordering on toxic. (Amy on Nick’s sister, Margo: “She’s very…Missouri, isn’t she?”) By the time Amy began snarking about any place outside of NY1’s broadcast range — “Delaware, a state of many rich identities,” she sneered — I’d had enough. Goodbye, Girl.

Her 2009 novel, Dark Places, was what persuaded me to give Nick and Amy another try. The narrator, Libby Day, is the survivor of what was allegedly a Satanic ritual massacre in her childhood Kansas home that killed her mother and two sisters; her brother, Ben, was sent to prison in part thanks to her testimony as a seven-year-old. Twenty-five years later, she’s nearly drained her support fund and her best potential income source is from members of a “kill club” who are willing to pay for her “memorabilia.” The kill club doubts Ben’s guilt, and Libby is initially upset at having the narrative she grew up with challenged. She’s willing to investigate, though, partly because the pat narrative of Invading Satanic Evil in the Heartland never quite tracked. Libby knows Kansas isn’t an innocent place that’s occasionally invaded by bad things — it’s a place planted deep with it, from fencepost to fencepost. She recalls a cliché-stuffed and demonstrably inaccurate quickie true-crime book about the murders that described her hometown thus: “Kinnakee, Kansas, in the heart of America, is a quiet farming community where folks know each other, go to church with each other, grow old alongside each other. But it is not impervious to the evils of the outside world…. This is a story [about how Satanism spreads everywhere] even the coziest, seemingly safest places.” 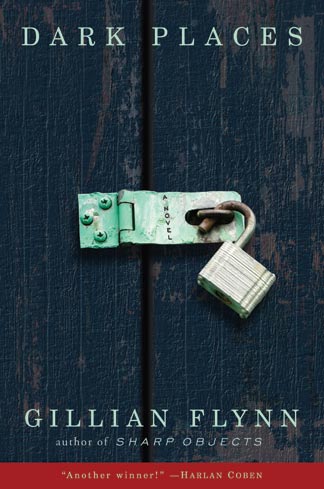 Nonsense, Libby realizes, and Flynn wants us to realize it too. Dark Places is an extended retort to quiet, cozy, safe, and other easy descriptors. Libby’s Kansas is only full of bad news — poverty, alcoholism, busted farms — and the way she and Flynn resist playing nice about the place is one of the book’s main pleasures. Ben’s girlfriend is at once trashy and demonic: “If she slit her skin, menthol vapor would ooze out.” Local billboards weave sanctimony with sex and gore: “a fetus curled up like a kitten (Abortion Stops a Beating Heart); a living room turned red from the glare of ambulance lights (Take Care Crime-Scene Cleanup Specialists); a remarkably plain woman giving fuck-me eyes to passing motorists (Hot Jimmy’s Gentlemen’s Club).” Soon Libby comes to realize that her brother is in jail because people decided that a seven-year-old girl saw something that confirmed their common assumptions about evil invading from without.

Dark Places fills a gap in Midwest literature that arguably begins and ends with the parts of In Cold Blood that Truman Capote fudged. Even though Flynn’s first novel, Sharp Objects, was published in 2006, all her fiction feels Great Recessive — her understanding of the Midwest is of a place where postwar promises are left unfulfilled. The heroine of that novel, Camille, is a Chicago journalist covering a pair of gruesome child murders in her hometown of Wind Gap, a village in the Missouri bootheel whose 2,000 residents are split between “old money and trash.” Her editor back in Chicago keeps referring to the town as Southern, but she knows that the state fought off that tag: “Missouri, always a conflicted place, was trying to shed its Southern roots, reinvent itself as a proper nonslave state, and the embarrassing Irish were swept out with other undesirables.” That done, though, it failed to evolve from, say, 1955: “On Main Street you will find a beauty parlor and a hardware store, a five-and-dime called Five-and-Dime, and a library twelve shelves deep. You’ll find a clothing store called Candy’s Casuals, in which you may buy jumpers, turtlenecks, and sweaters that have ducks and schoolhouses on them.”

That line, too, would read as unbearably smug if Flynn weren’t deliberately engineering a kind of Midwestern stasis — quiet, unsuspecting — that provides cover for the murders, at least until a horrified Camille cracks the story open in the final chapters. (Without giving too much away, motherly lovingkindness and tidy dollhouses aren’t all they’re cracked up to be.) Moreover, Flynn does little to suggest that things are going to improve after the crime is solved. The future of Wind Gap is more of the same, just a little worse: “All those milk-fed, hog-fed, beef-fed early years. All those extra hormones we put in our livestock. We’ll be seeing toddlers with tits before long.” 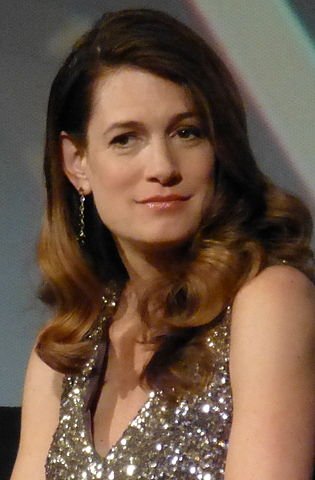 Such persistent grimness may have been on the mind of the commenter who recently wrote on Flynn’s Facebook page: “Can’t wait to read her next book, ‘Gritty People’ (shortened from the original title ‘Everyone in the Midwest is a Gritty Psychopath and General Bad Person’).” But for Flynn, this consistency isn’t so limiting: “I do think there’s a different kind of violence that happens in small towns where people see each other every day and aren’t able to remake themselves the way they can in big cities,” she told the Chicago Tribune just as Gone Girl began its dominance of the bestseller lists.

Which brings us back to Amy and Nick Dunne. Once I stopped taking the pair’s smugness so personally, the work their snide, anti-Midwest pronouncements was doing became clear. Amy is assumed to be unhappy in slow, slack-witted North Carthage, and that assumption allows Amy to conjure the diary entries that prove to be part of a sociopathic revenge scheme over Nick’s affair. Amy gets to use unhappiness with North Carthage against Nick, because this is how Nick was thinking about Amy: “Here in Missouri, the women shop at Target, they make diligent comforting meals, they laugh about how little high school Spanish they remember. Competition doesn’t interest them. Amy’s relentless achieving is greeted with open-palmed acceptance and maybe a bit of pity. It was about the worst outcome possible for my competitive wife: a town of contented also-rans.”

Amy doesn’t like the Midwest, true — it grates against her identity as Amazing Amy, the hypertalented heroine of her parents’ popular children’s books. But the burning core of her rage is at Nick, not “the goddam Mississip”; she’s just willing to exploit the less bucolic aspects of her Midwestern life (a homeless camp by the mall where she claims to buy a gun, an embarrassingly gullible neighbor) to exact her revenge on him. When she really lets fly against Missouri, it’s not in the diary she uses to frame Nick; it’s in the voice of Amazingly Sociopathic Amy, her rage broad-brush enough to make us root against her: “The Midwest is full of these types of people: the nice-enoughs. Nice enough but with a soul made of plastic — easy to mold, easy to wipe down. The [neighbor’s] entire music collection is formed from Pottery Barn compilations. Her bookshelves are stocked with coffee-table crap: The Irish in America. Mizzou Football: A History in Pictures. We Remember 9/11. Something Dumb With Kittens.”

[blocktext align=”right”]“The Midwest is full of these types of people: the nice-enoughs. Nice enough but with a soul made of plastic — easy to mold, easy to wipe down.[/blocktext]A quiet farming community where folks know each other isn’t playing straight, Flynn knows. But neither is Something Dumb With Kittens.

A perspective on the Midwest that nuanced doesn’t translate well to the screen, though. So it’s not surprising David Fincher’s 2014 film adaptation of Gone Girl — based on a script by Flynn — soft-pedals the critiques. North Carthage more closely resembles the Southern city that Camille’s editor thought of when he thought of Missouri. Maybe Flynn was concerned that the layers of irony in Nick and Amy’s lines in the book wouldn’t get over. In any event, in the film Amy holds fire on a direct shot at the place until very late in the movie, when her horribleness is clear: “You think you’d be happy with a nice Midwestern girl? No way baby. I’m it.”

“I’m very stubborn about the Midwest,” Flynn told the Tribune in 2012. “To me it’s great, underexploited literary terrain that’s fun to roam around in. It has a strangely exotic feel to it because it’s so underwritten and underused in literature.” What Flynn is rejecting, though, is what’s been overwritten and overused about the Midwest — the hominess, the coziness, the politeness. Instead, she turns that identity against itself, the same way martial artists use an opponent’s weight to their advantage. Everyone in the Midwest is a gritty psychopath and general bad person — what could be more refreshing?

Mark Athitakis has written on books for many publications. He lives in Phoenix but grew up in Chicago. His Reading the Midwest column appears monthly in Belt.