Redevelopment by Numbers in York, PA

Fueling vibrancy in a postindustrial city is a daunting task. Economic redevelopment, no matter how you slice it, can be exorbitantly expensive, snail-paced, and risky. Like many of its industry-starved brethren across the Rust Belt, the town of York, Pennsylvania, is deep in the trenches of the redevelopment wars – or it was, until the city stumbled upon a surprising new strategy: artists. 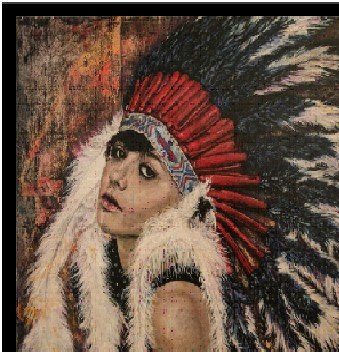 As the crisp air of fall dulled into the harsh blow of winter last year, I made the drive from Philadelphia to York to meet Shilvosky Buffaloe, the city’s director of Economic and Community Development, and the heir to York’s Artist Homestead program. Heading west, crowded city blocks gave way to outstretched space and compact cars turned to pick-up trucks on the highway. As I pulled off the highway, the density reappeared slowly as I got closer to the small city.

York, founded in 1741, is aggressively charming, staunchly bureaucratic, and classically Pennsylvanian in its commitment to the preservation of colonial history. The formidable buildings of its past still guard York’s main drag. They are the vestiges of long-gone wealth and without a closer look you wouldn’t be able to tell that they’re vacant. But despite its elegant façade, York is in rapid decline. Its already small population of 43,000 has been dropping steadily since its peak in 1950 and over 20% of the city’s population lives in poverty. The city is, from end to end, a twenty-minute drive.

Located just under the capital city of Harrisburg, York sits on the easternmost border of south-central Pennsylvania. One hour from Baltimore, two hours from Philadelphia, three and a half hours from Pittsburgh, without traffic. As even city officials will tell you, York has been a stopover city for as long as they can remember. 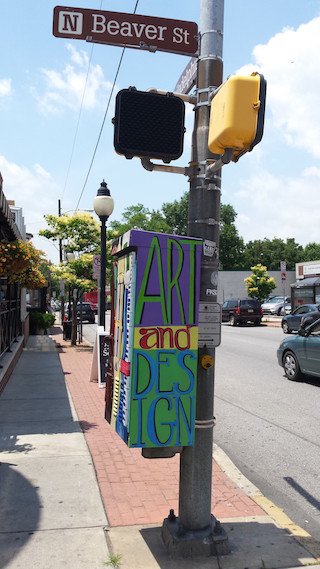 While its turn-of-the-century roots were firmly planted in the now-deflated automobile and railroad industries, York has maintained its position as a city of makers. Today, York is still the hub for a multitude of products that when strung together, resemble the ordinary scatterings of an all-American home, or the name of a long-winded indie band: Harley-Davidson motorcycles, barbells, false teeth, and Stauffer’s animal crackers. Though the nature of its industry has changed, York has managed to continue its industrious tradition. But while small-scale industry is enough to sustain York, it’s not enough to help it grow.

So York turned to artists: the lowest-paid, least stable, and most unpredictable of economic investments. In 2008, the city’s Economic and Community Development Department and the Redevelopment Authority crafted the Artist Homestead Program. Backed by a mere $50,000, this program allowed artists to obtain a forgivable loan of up to $5,000 to help subsidize the purchase of a house in the city proper; if they stayed for at least five years, the loan would be completely forgiven. To give a sense of scope, Buffaloe bought his home for $15,000. In contrast to the hundreds of artist-residency programs that litter the country, temporarily providing housing and art space to transient artists, York took a different approach. They asked their artists to buy in and stay, hopefully forever.

I met Buffaloe on the second floor of York’s City Government building. Red-bricked and impenetrable, the facility was appropriately outfitted for the workings of city government. But Buffaloe belies the stiff bureaucrat caricature with his disarmingly bright, charismatic and forthright nature. As we shook hands for the first time, his whole face was teeth and smile. After exchanging pleasantries, he led me into a multipurpose conference room and pulled out a single file box. 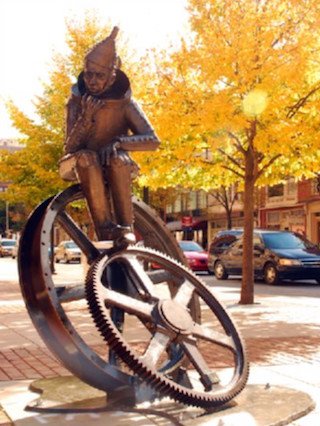 The box contained roughly 50 applications – the entirety of the submissions they had received for the Artist Homestead Program in seven years. Out of those 50, 12 were subsidized and have since set up shop in York’s city center.

Riffling through the file box, he giggled when introducing me to some of the program’s more eclectic applicants. Then he located the application of Pat Sells and Casey Tyrrell. The pair of metalworking friends from Maryland applied to the program hoping to put down roots in a city brimming with industrial scraps and expansive abandoned space. Since being accepted, they’ve founded Salvaging Creativity, a welding, woodworking, and sculpture collective, and have partnered with national glass manufacturer, Rudy Art Glass, to mass-produce and ship their work. “If you want something Doctor Seussian – they’re your guys,” Buffaloe says. Through the program, they purchased a 26,000-square-foot industrial building to use as a workshop. Salvaging Creativity quickly became a signature of the city’s new aesthetic. Their work is everywhere: a bar installation in a local eatery, a charter school sign, baseball stadium adornments, benches, playgrounds, and public sculptures. 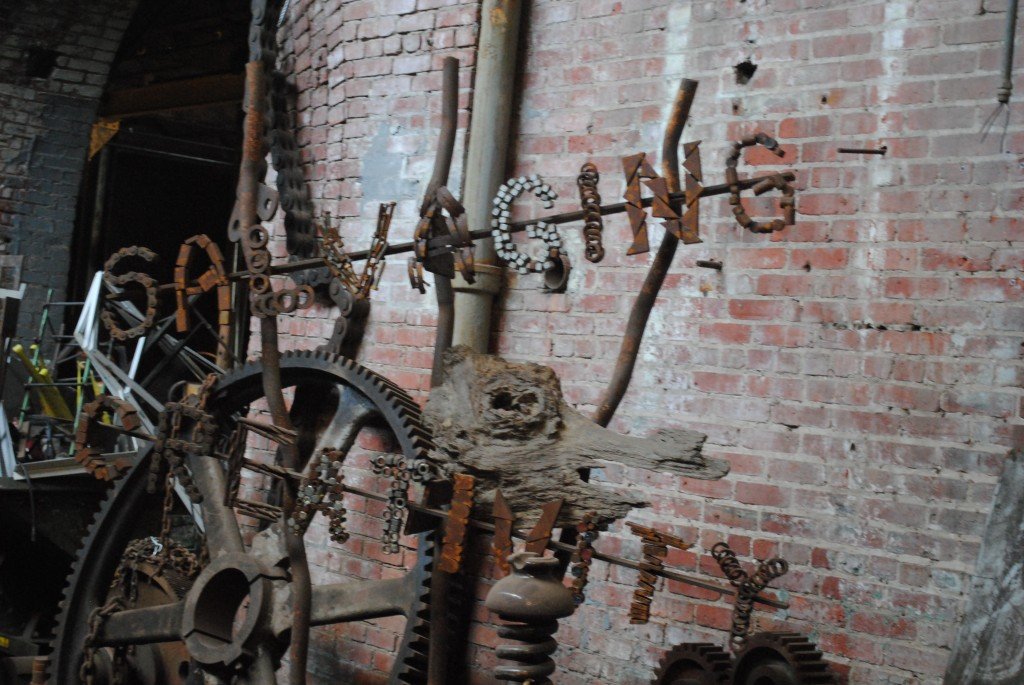 Across York, artistic discourse that had been dominated by more aristocratic mediums such as Renaissance painting, ballet, and orchestral ensembles, has given way to a more experimental, extroverted, and collaborative kind of art. In 2010, a nonprofit artist collective called The Parliament turned a series of unoccupied townhouses in “Royal Square” (sectioned off by Prince, King, and Queen Streets) into a collaborative arts space and began offering cheap artist studios, gallery space, and holding local events. Since their official founding in 2011, 17 new arts-related businesses, galleries, and boutiques have cropped up in the surrounding area. The Parliament recently received a large grant to redevelop “Royal Square” into a fully-fledged neighborhood, complete with more arts space and new office space to entice business ventures from outside the city. 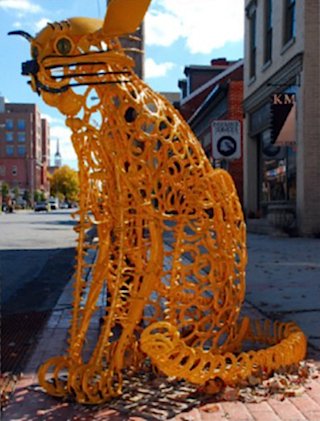 Though driving new homeowners to the city was the initial impetus for the program, the swell of community has been the real victory. Artists beget artists. The influx of creatives such as Pat and Casey or the Parliament collective sowed the seeds for an art district, which started a First Friday tradition to celebrate its new inhabitants, which drew the attention of other artists and artisans in the surrounding area. The First Friday of the month, homesteaders Pete Richards and Lindsey Keeney open their home to jam bands and community bonding. Over the past seven years, York has seen the rise of new recording studio, bed and breakfast, and local magazine dedicated to the arts. Artist Homesteaders did not found many of these projects – but since York opened its doors, it has seen tremendous growth for a small, industrial city.

Buffaloe insists that it is not the physical presence of art that makes the difference: if beautification was the only goal, cities could purchase art from around the world to spruce up its streets. Rather, he argues, artists serve to complicate the city’s ordinary routine. A North Carolina native, Buffaloe wholeheartedly believes that transplants are healthy for a Rust Belt city. Their divergent thinking is infectious, he says: “The artists make that noise” that keeps a city lively and interesting. Artists don’t only draw outsiders in – they keep the locals close. As the third dot in a triangle with Baltimore and Philly, Buffaloe says, “York is close enough to everything you might want. But the artists have made it much more interesting to just stay home and see what happens.” Buffaloe cautions against labeling the artists that have joined York’s ranks. “Gentrification is a misnomer,” he says. “These are edgy pioneers. They give us an identity, they give us some hope.” 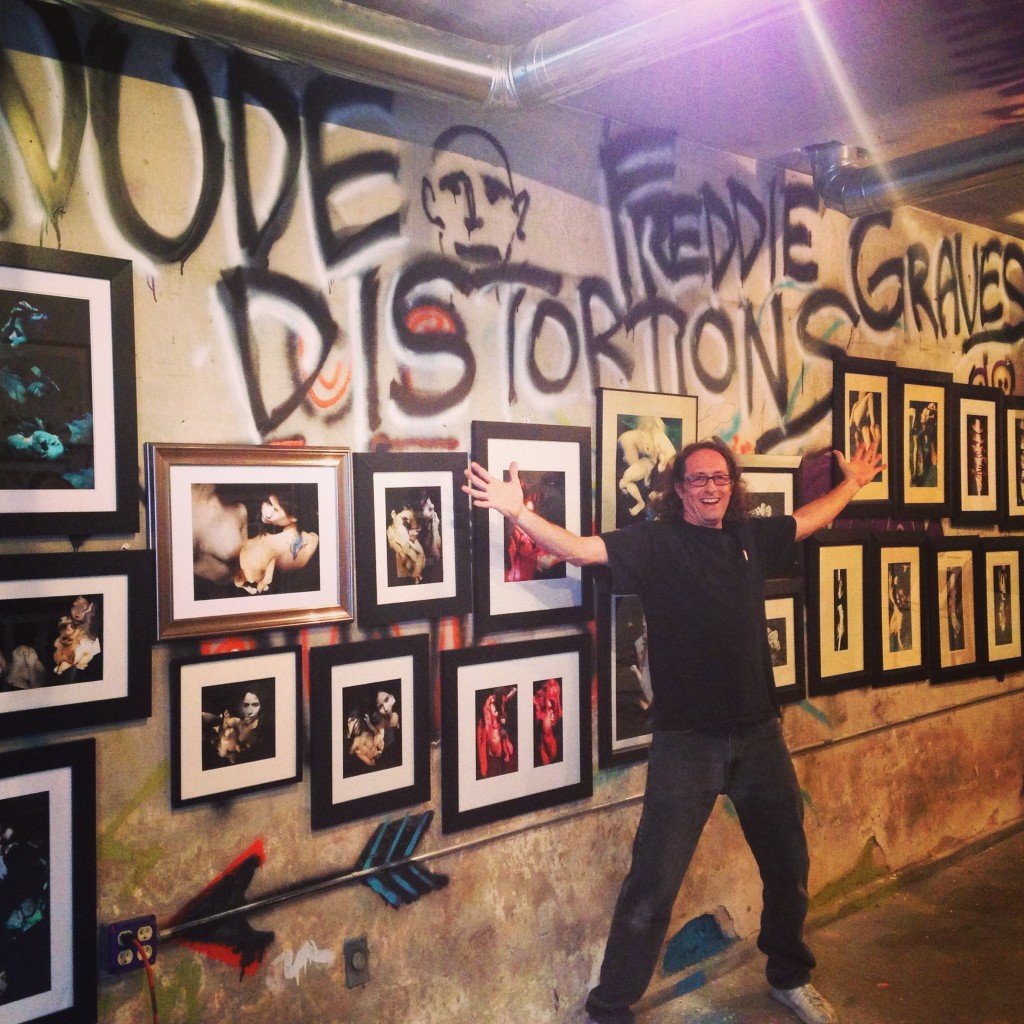 When the Artist Homestead Program was originally conceived, Kevin Schrieber was the director of York’s Economic and Community Development Department. Now, Schrieber represents Pennsylvania’s 95th District in the state House of Representatives. After getting a quick tour of York from Nicole Davis, the project coordinator for the Economic and Community Development Department, she dropped me off in a garden made entirely of six-foot-tall flowers fashioned out of iron and metal, designed by the ubiquitous Sells and Tyrrell. I spoke with Representative Schrieber over the phone; his voice reminded me of a polo shirt: casual, kind, and always appropriate. He explained that the project was modeled after the redevelopment attempts of neighboring cities like Pittsburgh and Philadelphia. “Like a lot of Rust Belt cities, we were hemorrhaging population,” he said, “Philadelphia invested in their downtown residential properties” and the families and individuals who moved in created fertile ground for local businesses. “Pittsburgh,” on the other hand, “invested in its commercial sector, building skyscrapers, etc.” They built a better downtown structure to house new businesses which would, in turn, entice new residents: the ”if you build it they will come strategy.”

Though the Artist Homestead Program resembles Philadelphia’s approach to building residential interest, it accomplished more than just density. “Artists disrupt economic development in the classic sense,” says Davis, “’If you build it they will come’ does not work with an artist, Artists will ask for things – they will tell you what they need, and its not just hospitals or banks.” 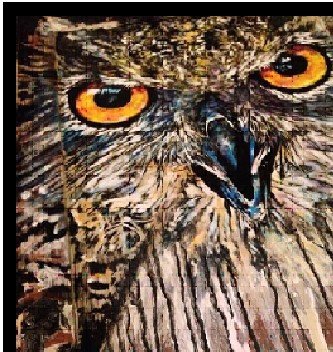 But by around 2012, the program had burned through its funding and the recession was strangling the city’s budget. York could no longer float the project and the Artist Homestead Program stopped accepting application. But because of its effect on the community, the Economic and Community Development Department, in partnership with the York Cultural Alliance, has reached out to Artspace, a nonprofit out of Minneapolis, to help create 50 units of multi-purpose affordable housing specifically for artists. In the House, Representative Schrieber hopes to pass what he calls, “enabling legislation,” that will allow the city to levy a 1% tax on building permits to promote arts and culture.

Investing in the arts has given York, once in freefall, a foothold. The artists provide new definition for a city overwhelmed with history: a city of scraps became a playground for industrial design; a vacant house became the living room for a community. ”Let’s face it,” Buffaloe says as he flips through the Artspace proposal, its outlined empty lots seemingly brimming with possibility, “if nobody cared what they did after work we’d all be living in North Dakota right now.”

Zoe Gould is a writer, editor, and educator living in the great city of Philadelphia. Her writing has appeared in Dispatches from the Rust Belt and Belt Magazine. Follow her struggle for brevity on Twitter @ZoeGould.