Requiem For A Slaw Dog 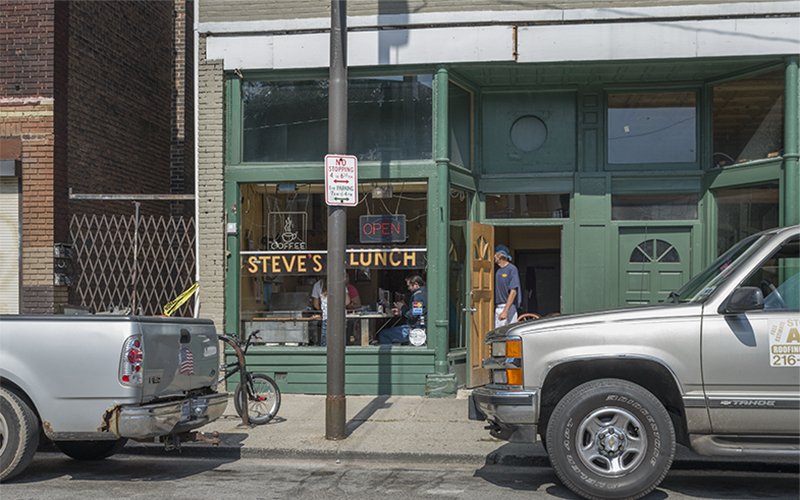 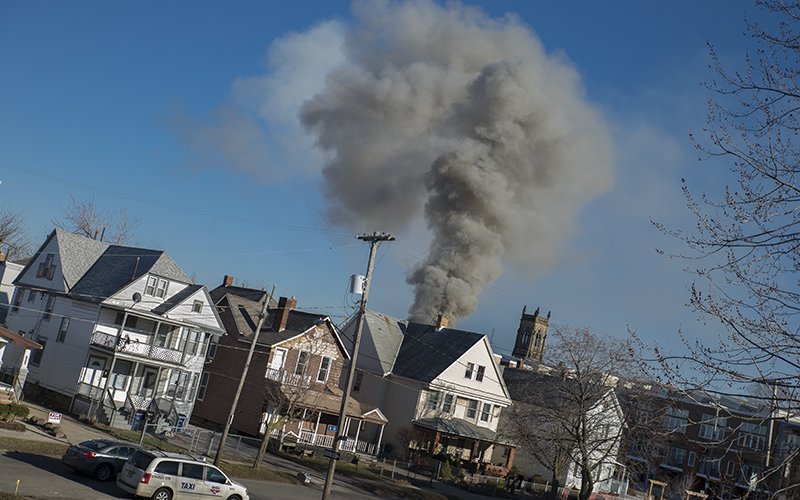 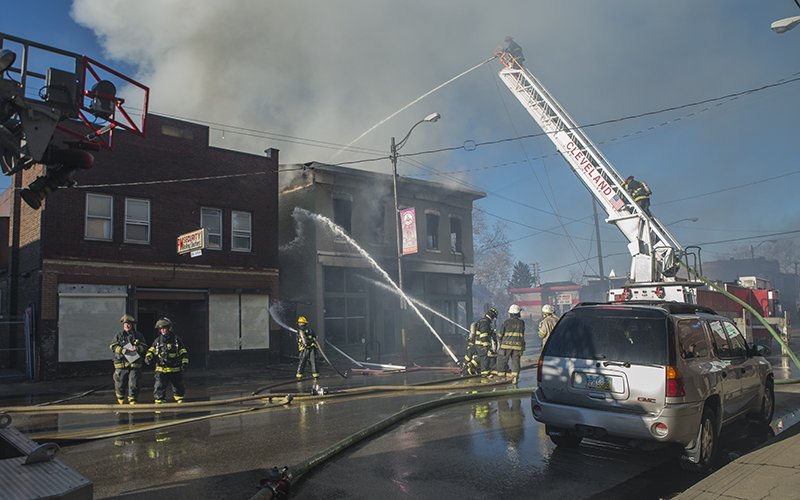 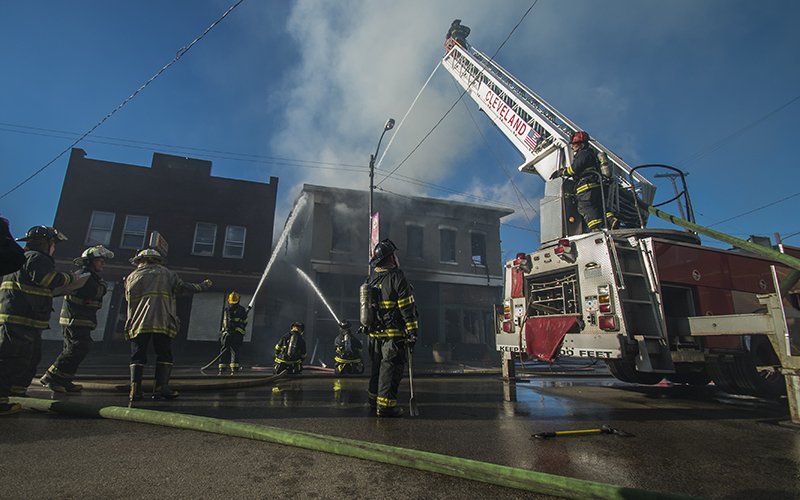 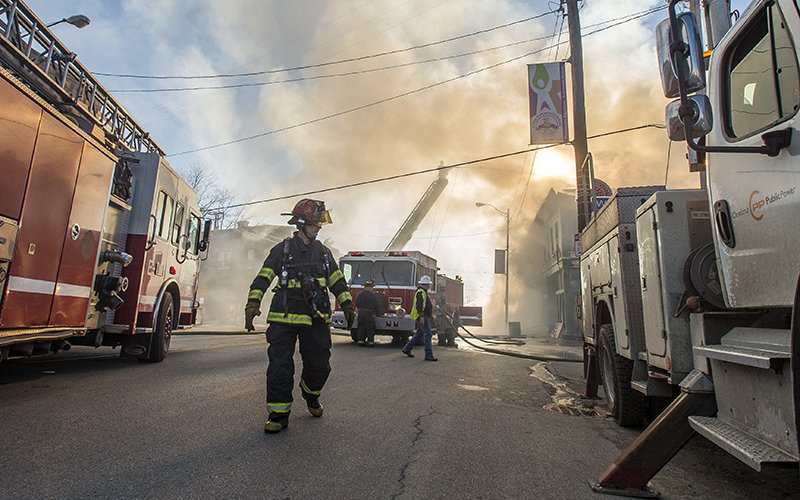 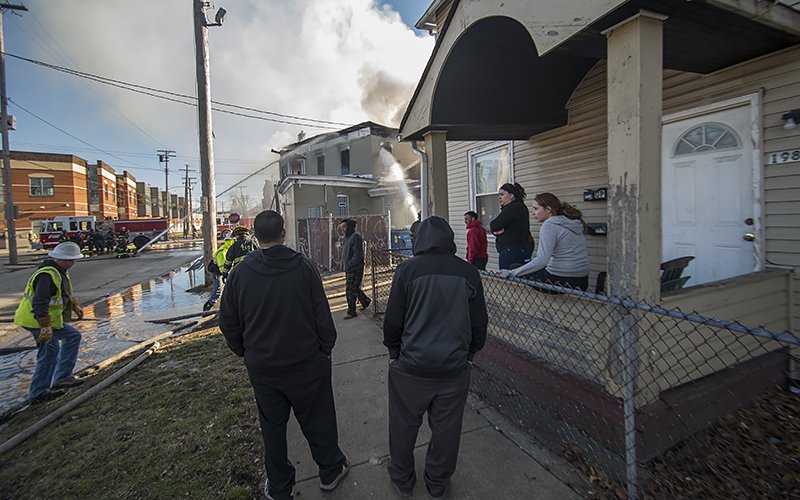 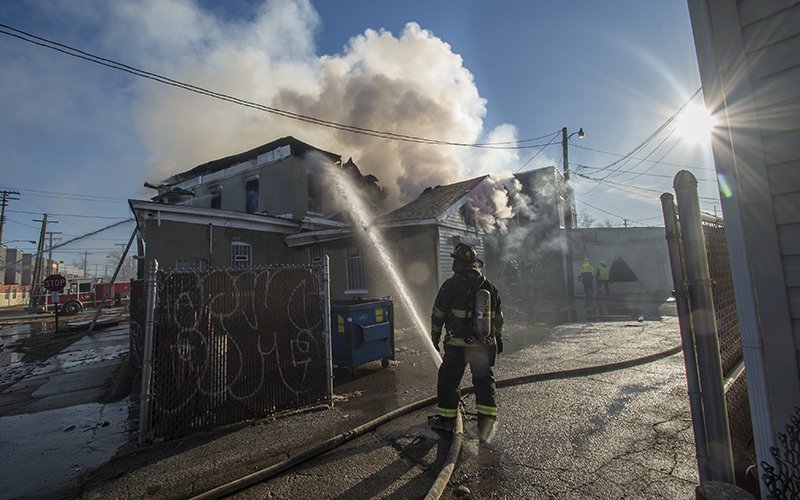 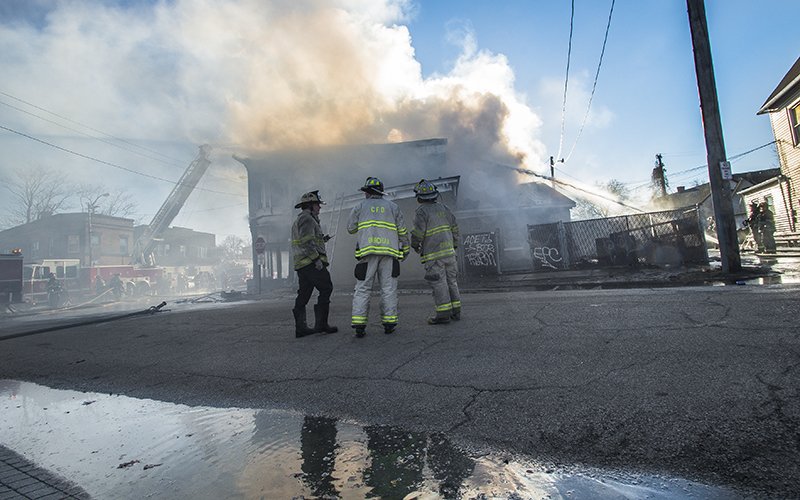 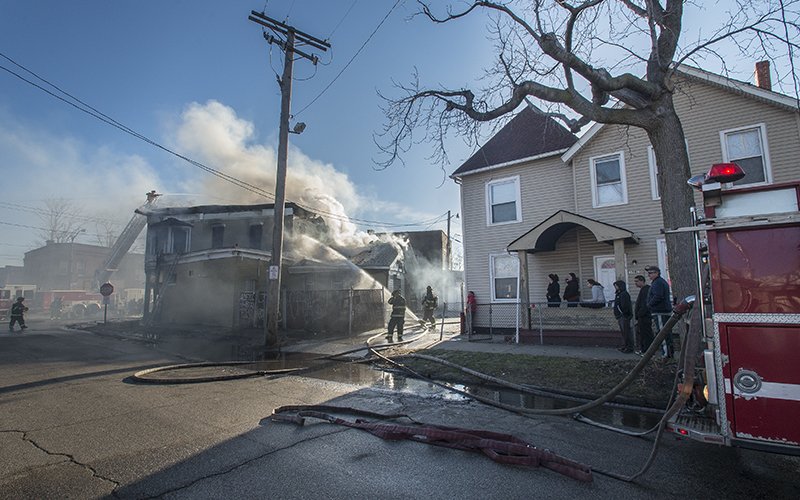 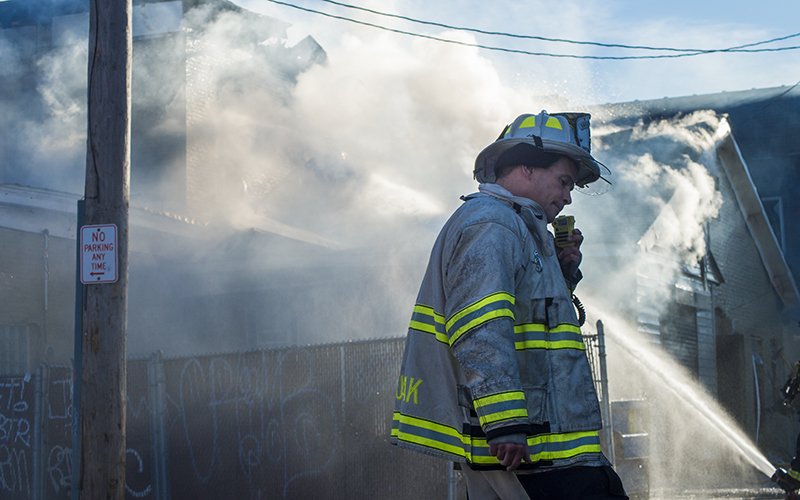 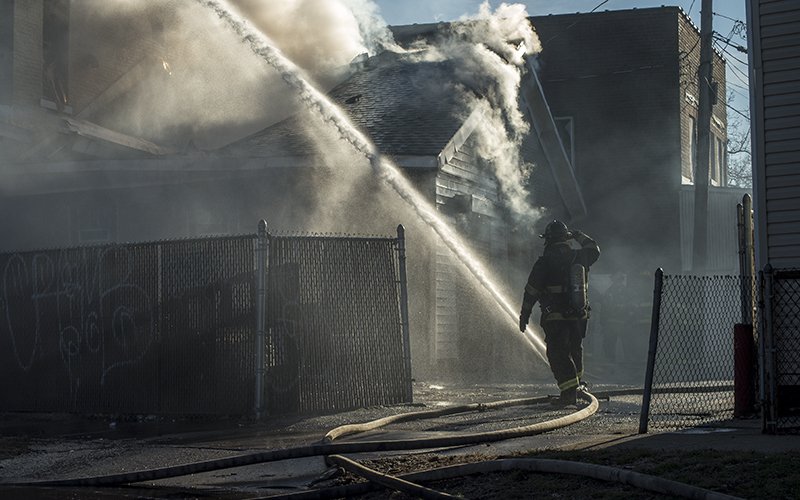 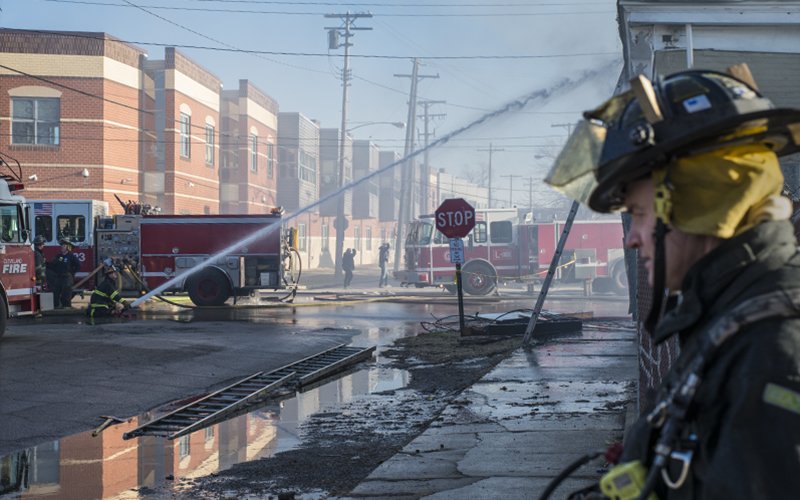 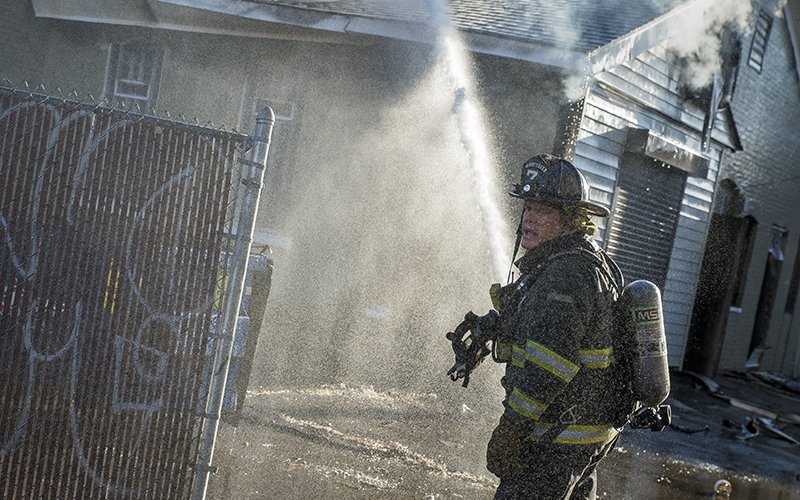 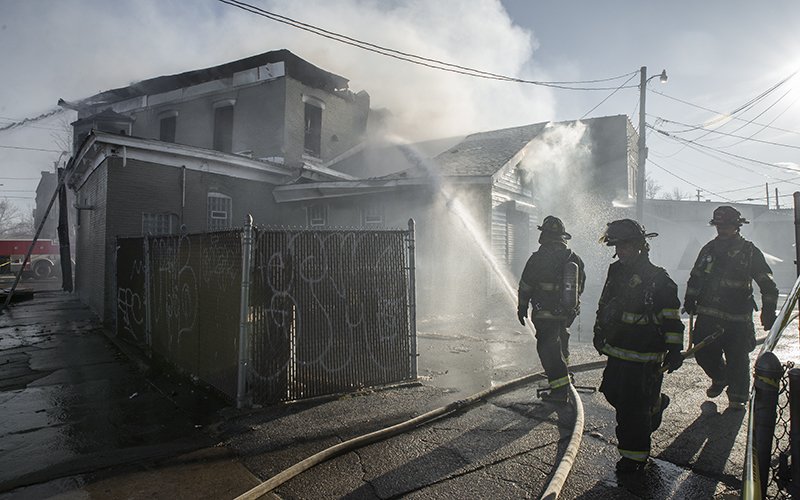 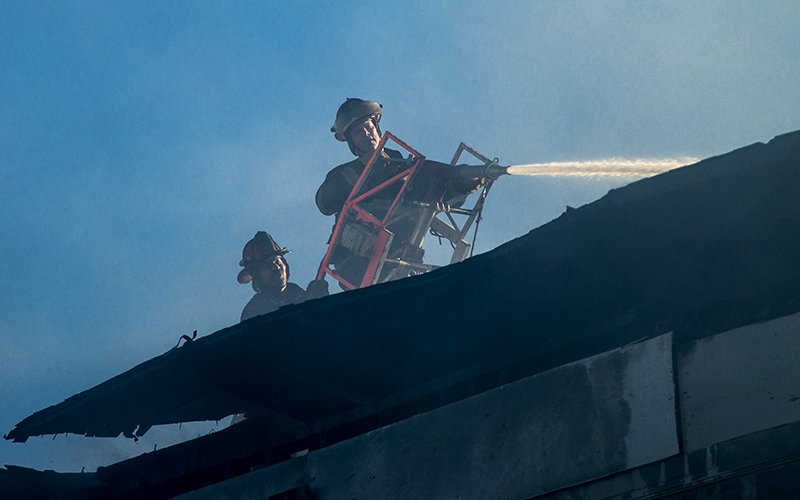 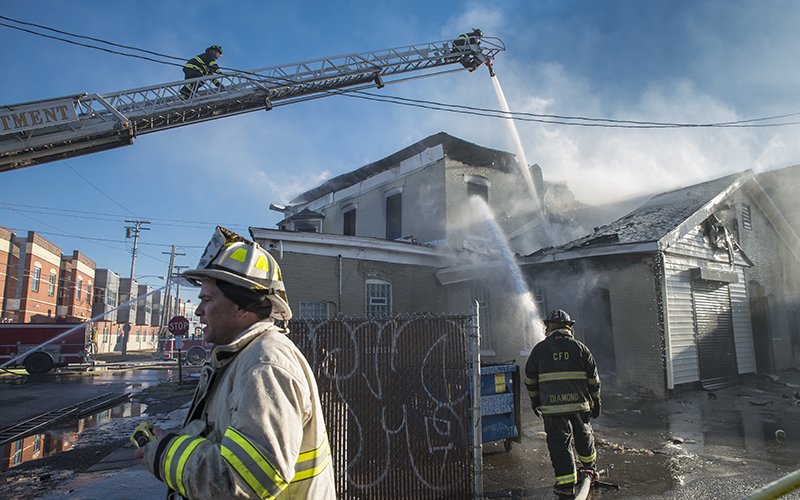 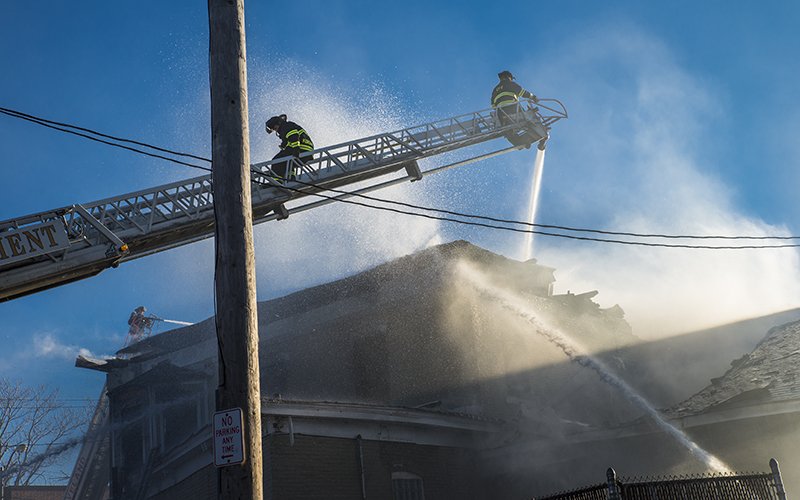 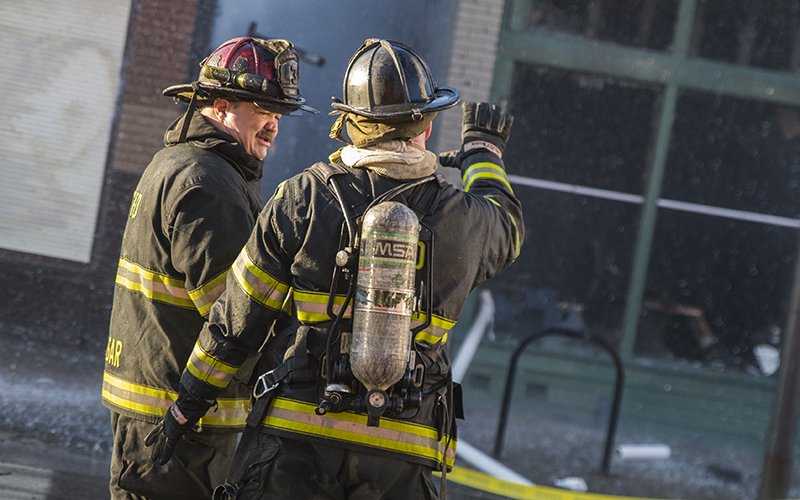 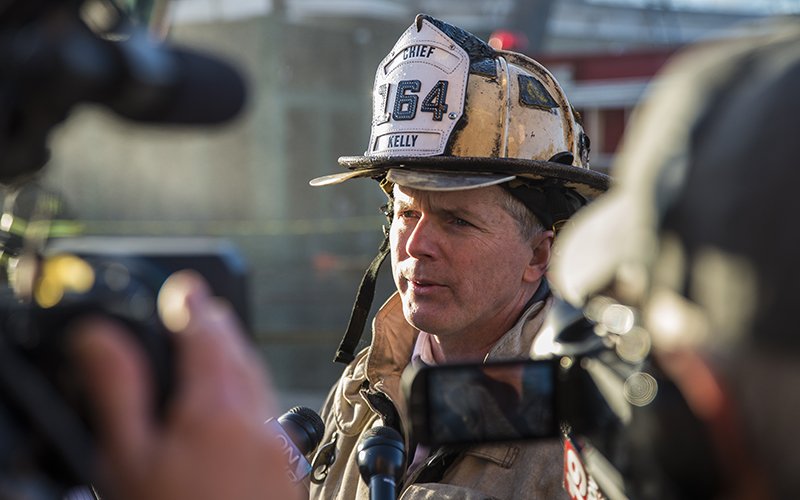 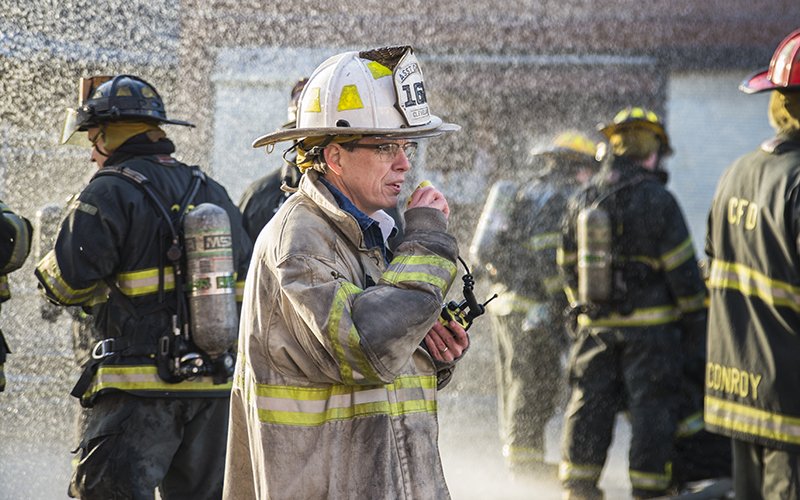 A few days ago, I watched as Steve’s Lunch smoldered and crumbled while firemen hosed out a blaze that had completely destroyed the place. I stood in stunned silence, shoulder to shoulder with other gawkers, mouths agape, trying to register what we were seeing. This, certainly, was a day we’d never thought would come. Steve’s was not the sort of place that … closed. 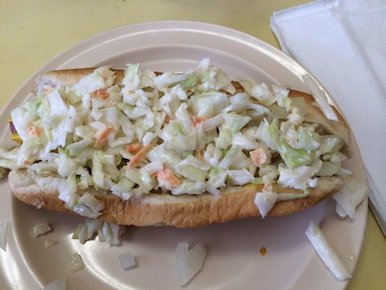 For a time, I was at Steve’s every single day (sometimes twice a day, sometimes three) for many years. When we lived at Speak In Tongues, the punk club that closed in 2001, Steve’s was our de facto living room/kitchen. In the late afternoon, you and someone else would wander down before the show for some slaw dogs. Maybe some meatloaf; $3.00 bought you a pretty big meal. On the way down, you could have a nice chat, then have a cigarette over the scraps left on your plate, always laughing. Later that night, after the show, that same experience would be repeated, but turned up to 10. This time, it would be a group of people, some Speak In Tongues people and very likely a touring band, all in some state of intoxication or hallucination. Much laughter, the sound of strangers becoming friends. Many slaw dogs. More cigarettes. Coffee, probably. Maybe more slaw dogs.

In thinking about my favorite times at Steve’s, the ritual baptisms of out-of-town bands into the crucible of Steve’s are hard to beat. Some people were flabbergasted and totally out of place. They’d try to order the salad and get yelled at. They’d ask, “How’s the coffee here?” as if that question was in some way relevant to the experience of drinking coffee at Steve’s.

Some bands, like Federation X, had apparently already been to Steve’s Lunch in a previous lifetime and fit in perfectly, cavalierly ordering six with the works. I remember one guy, from some band, asking if there was a pay phone there. We pointed to the phone on the wall. He took out his calling card, picked up the receiver, and then just sort of stared at the rotary. His eyes went from the rotary, to the card, back to the rotary. He sat back down, confused. It was a sad day when they took that rotary pay phone out of Steve’s. 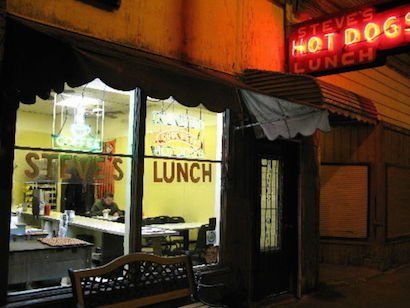 On 9/11, around noon and after we’d had enough of the TV for the time being, Danny and I went down to Steve’s. Honestly, it was the only logical thing to do. Roy was there, no more or less angry than ever, and there was a small black and white TV sitting on top of the cooler repeating the news of the day. We ate some hot dogs, the only logical thing to do when your country is under attack. “Guess we’re going to war,” Roy said.

After living in New York City, I made my way to Steve’s for the first time in over a year. Virginia looked at me and sneered, “Where YOU been?!” All I could say was “Sorry! I was in New York City.” She sort of huffed and asked me what I wanted. Slaw dogs.

After the funniest and funnest show I’ve ever been to in my life (Forcefield and Barkley’s Barnyard Critters at the Blackeye), Danny and I could barely bike home. We were drunk, to be sure, but we kept falling off of our bikes because we were laughing too hard. What we’d just seen and been through was so hilarious we could barely pedal. It was late, and early-morning/post-late-rush Steve’s beckoned us. We were still laughing. We fell into the place, laughing, sat down and laughed, and were barely able to order through our laughter. I can’t really remember (I was laughing too hard) but Virginia (or was it Barb?) said something like, “What the fuck is wrong with you two?” We laughed. I think I ordered the fish on a hot dog bun. We laughed, and my memory is hazy: either she started laughing too, or she threatened to kick us out if we didn’t stop fucking laughing. Either way would have been pretty typical.

That, however, was not the case. It exploded in flames and was immediately torn down. It’s like your best friend said, “Oh, by the way, I have brain canc…” and then dropped dead. “Oh,” you say. “I guess that’s that.” And really, that’s the best way to go out, isn’t it? To just drop dead one day. We never had to watch Steve’s struggle. We never had to watch, in the year 2022, as Steve’s finally put something labeled “artisanal” on the menu in a desperate attempt to “keep up.” They never sputtered, shuttering their doors for a while and re-opening under new-new-ownership, but with limited hours and veggie dogs. There was no protracted battle. They closed three times, I was told: “Once, in the ’50s for Christmas,” once after Kennedy was shot, and once when the building was utterly destroyed by a raging inferno.

That’s fine. You’re allowed to close for those sorts of things. So long, Steve’s.

Jake Kelly is the co-creator of “The Lake Erie Monster” comic book series and a freelance illustrator who currently resides in Cleveland Heights, Ohio. He took his slaw dogs with Stadium Mustard.