Is There a Rust Belt Cuisine?

America is a nation of regions, most with their own cuisine. Think Southern, Southwestern, TexMex, Yankee. Each place conjures a dish, be it grits or chili or lobster rolls. But what about the Rust Belt?  Does a Rust Belt cuisine exist? If so, what’s it like?

I asked this question of eight Rust Belt chefs.  Their answer was unanimous. Yes, a Rust Belt cuisine exists, they answered. But, they cautioned, as do most Rust Belters about their relationship to the region, it’s complicated.

Wait, what are you calling this region?

First, many object to the term Rust Belt.  For Pittsburgh chef Chris Bonfili of Avenue B, it has a negative connotation. “Pittsburgh,” he notes proudly, “bounced back a while ago and continues to do so.  ‘Rust Belt’ sounds like decay.” He was reluctant to define any regional cuisine as “rusty.”

So too was Buffalo’s Jennifer Boye, Executive Chef of The Mansion on Delaware Avenue. She thinks of Rust Belt as a “trendy catch phrase.” When applied to food, the phrase doesn’t get people to think of the fruits and vegetables she considers central to a Rust Belt palate. “Our local indigenous climate grows an abundance of produce in the region. Local produce is what makes our area special.”

But Jonathon Sawyer, owner of Cleveland’s The Greenhouse Tavern, embraces the controversial term. His website touts the restaurant as part of a “rustbelt revolution” in a “Rust Belt joint.”

Beyond the semantics—we could call it “post-industrial cuisine” or “fresh water regional food” or “the places in between Milwaukee and Buffalo” — is there a common tradition? A culinary heritage?

Cleveland’s Iron Chef and television personality Michael Symon provided perhaps the most classic and predictable definition of Rust Belt cuisine:  “It’s [food that is] greatly influenced by Eastern Europe, very meat-centric and at the heart of it is beer and sausage,” he told me.

Symon defines Rust Belt cuisine as meat and pierogis, and more meat. Sauerkraut, pork chops, cabbage and kielbasa play a role, too. These food traditions stem from Eastern European immigrants who kept cooking them in the New World, and they might have been the Sunday leftovers that grandma lovingly packed in grandpa’s metal lunch pail.

But it’s a delicate balancing act, according to Thomas Hauck of Milwaukee’s c. 1880. He is more stealthy when it comes to staying Rust Belt faithful while challenging patrons’ taste buds.  “Because we’re in the Midwest, and not in a big city, we skew to a meat and potatoes crowd but still play to fancy tastes, trying to strike that balance. We don’t want to alienate our patrons.”

Obviously, European immigrants weren’t the only blue-collar workers punching in and out at the old time clock. A large number of African-Americans worked alongside the men and women in the mills, factories, and railroads. In fact, as the Great Migration of African-Americans from the South to the North continued in the United States until the 1960s, many of these industries were still thriving, and by 1970 African-American outnumbered whites, proportionally, in blue-collar jobs.

[blocktext align=”left”] “We have a great farm-to-table aspect in common.”[/blocktext]Or maybe it’s not omitted at all but has become folded into the cuisine so completely, it’s an invisible influence. On closer inspection, some Rust Belt food combines Eastern European and African-American traditions. For example, Cleveland is famous for its Polish Boy sandwiches, which Symon has called the “best thing [he] ever ate.”  It is a mish-mash of kielbasas, french fries, barbecue sauce and hot sauce. Despite its name, Sawyer calls the Polish Boy, which includes Southern, soul-foody barbecue sauce in its bun, “truly the melting pot of Rust Belt cuisine.” 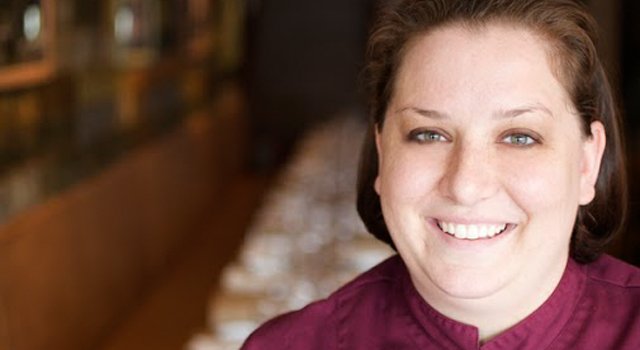 All the chefs I talked to agreed on one definition of food ‘round these parts: local produce tempered by Midwestern humility.  “We have a great farm-to-table aspect in common, said Vires.  “We may not scream it from the rooftops like in California or Washington, because it’s a way of life for us.  We don’t advertise. It’s what we do.”

Sawyer agrees:  “We don’t get to be New York or Chicago.  We get to be Cleveland, where ingredient worship supersedes chef worship.”

Detroit’s Jacques Van Staden of Bistro Joe’s Kitchen, a transplant from South Africa, also cites modesty and produce as central: “ We have great farmers in this region.  We have the best possible ingredients that are supposed to be cooked with love, respect, and integrity in the food.  We don’t have to do 200 different things to a tomato. Our food speaks for itself.”[blocktext align=”left”]We’re going to see a lot more artisanal items, beyond just food.[/blocktext]

We may be the Rust Belt, but we are also part of the agri-belt. And we have great dirt. Hauck says that although the Rust Belt has a shorter growing season than many other regions,  the soil here is so good that the products created here are “on par with places such as California, which have much longer growing seasons.”  Sawyer agrees, especially when it comes to beef.  “Having lived all over (New York, Chicago, Miami), there is a certain mineral content to the grass in central and southeastern Ohio”  that just doesn’t exist in other regions.

All of the chefs I interviewed have received national acclaim for their cooking, be it through James Beard nominations or shout-outs in Food And Wine. They are the innovators in our midst. So what’s in their test kitchens? How are they reinventing regional traditions?

Symon says the food scene is becoming both increasingly regional and worldly at the same time.   “We may see more specific regions of the Midwest begin to describe cuisine.”  Sawyer agrees. He says Cuyahoga Valley cuisine is its own cuisine underneath the larger umbrella of Cleveland.   What’s next, for him, is “in-house fermentation: kimchi, pickles, vinegar, butter milk, bitters, or shrubs, and even cheese-making.”  He has a chef-friend who is making 11 different kinds of cheese in his basement.  “How can it taste like anyone else’s?”

Vires agrees too. “We’re going to see a lot more artisanal items, beyond just food.  Not only are we doing a good job with local produce and meats, now we have a vodka distillery and we’re brewing beer.  We have local gardens in middle of the city.  You wouldn’t see this 10 years ago.  Food is getting more and more specialized in terms of its locality,” she says.

Hauck also sees more micro-regional cuisines emerging. He has coined a new phrase to describe the foodie trend: “severe local cuisine.”  But what he’s interested in is a resurgence in classical cuisine, that homogenous “fancy French” cooking that was popular in mid-century America, updated.  “We’re going to go back and look at classics, like French food or dishes from the 1940s and 50s.  We’ll do Lobster Thermidor with a new twist.  As in music, architecture, and art, we look to the past to find the future.”

Bonfili thinks the biggest change coming is in the way Rust Belters experience their cuisine, not which ingredients they eat. “Upscale and fine dining are on the way out. There will always be room for it, but we’re moving towards casual concepts.  Who wants to go out to eat and it turn into a three-hour function that is a stuffy, financial burden? “ He sees more gastropubs he calls “cool” and “casual.”

Although I didn’t uncover the next fiddlehead fern craze or find the same mineral deposits in the oil used from Milwaukee to Buffalo, there is one clear regional trend emerging in addition to highlighting local produce. Chefs are talking with each other. Call it economic necessity or 21st century team work, but most of the chefs are networking. Buffalo has created a Nickel City Chef program that brings the food community and its chefs together. Chefs visit each other’s restaurants and collaborate on communal charity dinners. In Pittsburgh, Bonfili collaborates with other chefs “to inspire ourselves and our diners and our staffs.” Cleveland has Cleveland Independents, a partnership of local restaurant owners. 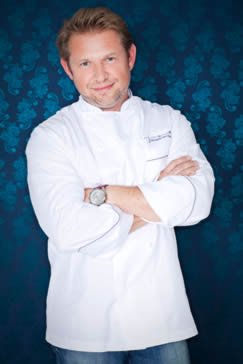 And the chefs share another Rust Belt characteristic: many have consciously chosen the Rust Belt over other more glamorous places to raise their families and expand their restaurants.

Van Staden says there are Rust Belt chefs, including himself, who were prominent in bigger cities. “We got tired of the rat race, the over population and saturation of restaurants in the big cities. We moved our families to where we can see the beauty of a city and what’s available. People in Midwest are well-travelled with educated palates.  We are selling lamb’s tongue and foie gras.” In the Rust Belt “we can be big fish in small ponds.” Bonfili grew up in Pittsburgh, then lived in New York, Colorado and Utah before returning home. “I definitely felt like a big fish in a small pond when I first returned to Pittsburgh, but now there are  a lot of talented fish in an expanding pond, and it’s awesome to see and be a part of.” Vires left her small Illinois town for the big city lights in Houston, which she disliked intensely. She moved to St. Louis, which for her has a special charm. “I know my neighbors by name, and I can’t go anywhere without running into someone I know, and that feels like home to me.”

My grandma frequently said, as the steel mills were closing around her Youngstown area home, “Look at the cars parked outside that restaurant.  People will always go out to eat.”   We still go out to eat and pay, sometimes quite a lot, for what we could ostensibly grow in our own back gardens.  So while the rest of the country might think Rust Belt cuisine is stuck in a blue-collar culinary limbo, those of us who live amidst this wide swath of fertile tilth know better.  Used to be that the Midwest, culturally, was always about 10 years behind the coasts. But really, how much longer do you think it will be before some trendy Napa bistro starts boasting “nouvelle Rust Belt cuisine” on its menu?

Christine McBurney is a Cleveland-based writer.