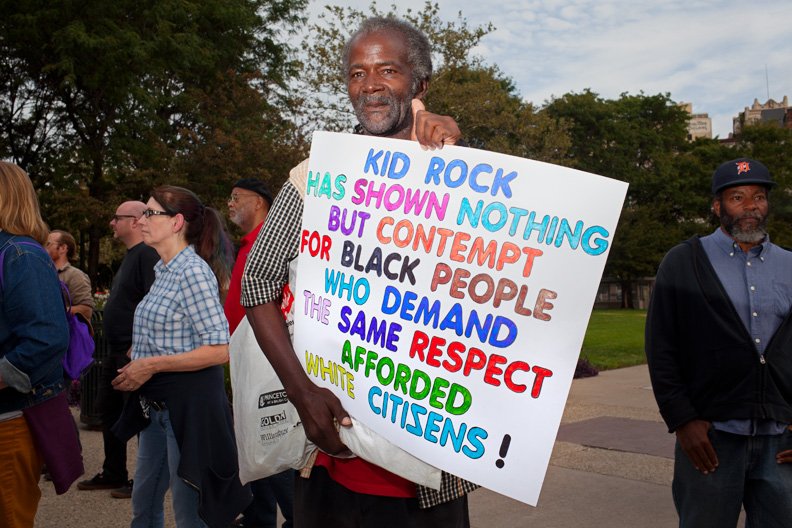 A protest at opening night for the new Little Caesars Arena in Downtown Detroit, where Kid Rock was performing. September 12, 2017.

The arena’s booking of Kid Rock — known for waving a Confederate flag at concerts and his strong support of Donald Trump — was considered an affront to many people who live in Detroit, a majority African-American city.

Resisters of the Rust Belt: A photo essay by Garrett MacLean