The extended video of the Tamir Rice shooting is jumpy, grainy, and 30 minutes long. That doesn’t matter. I’ve watched it twice.

I couldn’t let it run uninterrupted. I stopped and scrolled, leaning into my computer to get a close-up view. I rewound the timeline and pushed it forward. Then I pulled it back again and took notes.

I can come to only one conclusion: Cleveland officers killed Tamir Rice without justification or excuse. They shot him and turned their backs while he died.

The choppy, pixelated video — released Wednesday, January 7, after three weeks of stalling by the city of Cleveland — doesn’t show details. We know officer Timothy Loehmann pulled the trigger because the Cleveland Police Department released his name and that of his partner, Frank Garmback, when the first short video clip of the shooting was made public in December.

But this new, longer video exposes stunning levels of callousness, recklessness, and disregard for human life by officers to whom we turn for protection.

They drove way too close to a person they suspected had a weapon — effectively endangering their own lives. Then they shot him before he had a chance to turn around.

When a distraught teenage girl ran to the scene, officers tackled her, and pushed back to the ground when she tried to get up. They handcuffed her. They threw her into the back of a squad car.

And then did nothing.

For more than three minutes Cleveland police officers hung out and ignored a youth lying on cold concrete. No one put on gloves — the first step in treating a victim. No one bent down to take a pulse or staunch a wound. The youth was ignored until an FBI officer arrived. The officers exhibited no apparent concern over whether the youth would — or could — live.

None of these facts are news. The details of Tamir Rice’s death have been circulating since November 22, when he was killed. Cleveland police and city officials released an excerpt of the surveillance video in December. His mother Samaria Rice told how police treated her son and her daughter — the girl in the car — at a press conference on December 8.

But the video first disseminated by Cleveland.com, is shocking confirmation of the devastating portrait sketched in the Department of Justice report on the Cleveland police released last month.

“There is reasonable cause to believe that (Cleveland Division of Police) engages in … a practice of using unreasonable force in violation of the Fourth Amendment,” the DOJ says. “We found that CDP officers commit tactical errors that endanger both themselves and others in the Cleveland community and, in some instances, may result in constitutional violations.”

Evidence appears 14 seconds into the video, when the police car speeds into the frame. Garmback drives so close to the gazebo where Rice is strolling that both officers could have been killed immediately if the youngster had a real gun.

“CDP officers too often use dangerous and poor tactics to try to gain control of suspects, which results in the application of additional force or places others in danger,” the report continues.

Fast forward to 1:42, when the teenage girl runs toward her brother. Officers don’t just restrain her; they block her so hard she falls to the ground. Then they roll over her as she tries to get up. 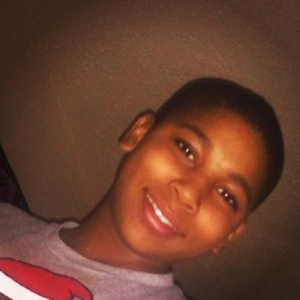 It’s easy to scapegoat Loehmann and Garmback as outliers — or to complain the public doesn’t understand the hazards of police work. But one-third of the city’s police force aimed 137 bullets at Timothy Russell and Malissa Williams when their backfiring car was mistaken for a gunshot. Tanisha Anderson would be alive today if Cleveland police officers had known how to safely subdue a woman in the throes of a mental illness crisis.

Technicalities and legalities can’t justify a pattern of inexcusable actions. Former Cleveland fiscal manager Shawn Gidley would seem to agree; he resigned December 17, saying “the Department of Public Safety and the City of Cleveland is no longer an employer for which I am proud to work.”

The video is as harsh as the mindset it exposes: an “us-against-them” mentality that, the DOJ warns, risks turning Cleveland police into “an occupying force instead of a true partner and resource in the community it serves.”

For 30 minutes, we see nonchalant officers taking care of business that doesn’t include a morsel of compassion for the boy suffering at their feet.

Cleveland officers shot Tamir Rice and turned their backs while he died. That’s not manslaughter or homicide.

Afi Scruggs is a former reporter and columnist for The Plain Dealer. She lives in Cleveland, where she writes and plays bass.