The Brelo Verdict: Safety in Numbers for the Police

When the verdict came down Saturday in the Michael Brelo case—the case of the Cleveland police officer who found it necessary to fire 49 shots into a car, killing two unarmed people in it two years ago—I was sitting in a media viewing area in the courtroom next door to the actual courtroom where Judge John P. O’Donnell was announcing his decision. The media elites were in his courtroom, and the room I was in was full of those of us who hadn’t been covering the case daily, the ones without proper credentials, sort of what I define as the “lesser included” of the interested parties.

Also in that room were many of those who thought that this case was very much about being considered part of the “lesser” class. Many were activists I have become familiar with during the past year, the people who had been yelling and screaming for years about how cops treating African-Americans in Cleveland is little more than a process of thinning the herd. That is the perception, and I don’t doubt that their experience justifies that feeling.

So as Judge O’Donnell found Brelo not guilty, after explaining why in meticulous detail, there was a “not this shit again” mood in the room. There was an expectation on the activists’ part that it didn’t matter what a Cleveland officer did, that coming into a courtroom like Brelo did meant you would be walking out a free man at some point.

I quickly sought out Donnie Pistard, a longtime activist and member of the Carl Stokes Brigade, a justice reform group in Cleveland, to ask her reaction to the verdict. She pointed out that about there had been about 4,000 deadly force incidents involving law enforcement in Cleveland during the past 25 years, and no one had ever been convicted. “The way the laws are written,” she said, “you can find almost any way to reason that a police officer shooting a citizen in Cleveland is justified.”

Then she said something that made more sense: “The best way to get away with it is to get a lot of police firing at the same time so they can’t prove exactly who killed them.”

And that is what bugged me about this verdict. It wasn’t Judge O’Donnell’s reasoning in what was presented before him. I’ve known “Jack” since he was a little kid (we both grew up in Euclid and went to Holy Cross Elementary School), and his reputation is as more of an academic jurist than someone concerned with his ego or popularity. Lawyers have told me O’Donnell actually likes it when lawyers file lengthy briefs because he sees his role as one who presides over the intellectual discussion of issues.

In this case, the intellectual legal issues seemed very clear. In order for Brelo to be found guilty of voluntary manslaughter, the prosecution had to prove that 1) the shots fired from his gun were the ones that killed Malissa Williams and Timothy Russell, and 2) he had no fear for his life and the well-being of other during the ordeal. When 137 bullet are fired by 13 police officers during an 18-second barrage, both are almost impossible to prove.

And as Judge O’Donnell used the mannequins in the court to detail how each bullet passed through head or torso of the victims, one could see that proving without any reasonable doubt that one of the 40-plus bullets recovered from the bodies was from Brelo’s gun—and with the certainty it was the one that ended life—would be nearly impossible in any case.

To prove he wasn’t in fear for his life while the other dozen officers are also firing around him would also frustrate any thinking person, like O’Donnell. The standard of proof on these deadly force cases is so high as to make them useless to people who want to use them to help change police policy. 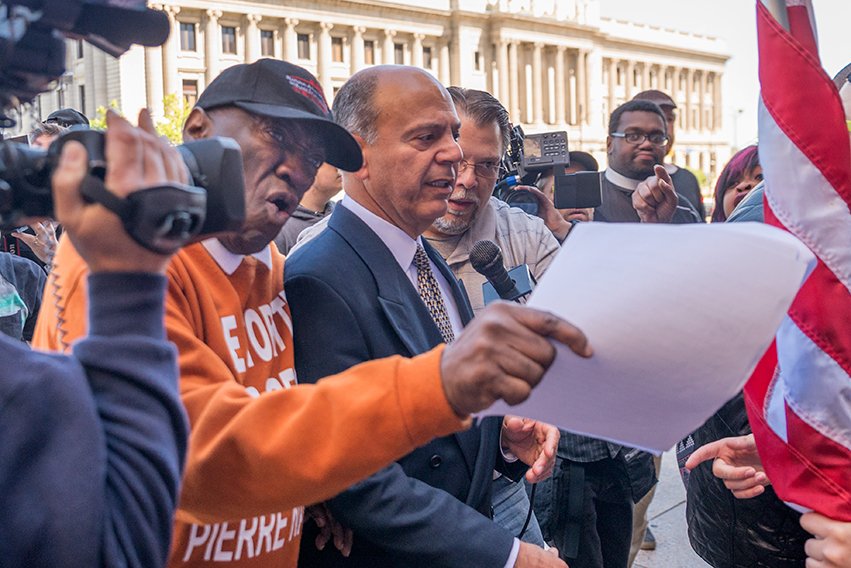 There would be a way to lessen the burden of proof, and that would be to change how prosecutors charge these cases. From the beginning of the legal process involving this shooting from November of 2012, I have been frustrated in my attempts to get any answer to the question of why the other 12 officers weren’t charged in this case. Brelo may have shot his gun 49 times, but 88 other shots were fired as well. If the others were to be charged—and the group of police officers tried as a group—the argument it might have been someone else’s bullet that killed them, or that everyone else was shooting so Brelo’s was justifiable, has less credence.

Charging one instead of all 13 officers made this case a non-starter from day one. And this charge is not how prosecutors normally treat civilians. If you are riding in a car with three other people, and police find a bag of marijuana under the seat, and no one from the car fesses up to say it is theirs, all four in the car are charged. The prosecution then has tools to get the truth: the ones who didn’t own the weed might testify against the one that did, deals might be made, and, along the way, you get a chance to identify the guilty one in the group.

Why Cuyahoga County Prosecutor Tim McGinty didn’t charge more than one officer is up for speculation. Some figure he needed a fall guy, and Brelo shooting his last 15 shots while standing on the hood of the car made him the most likely for that role. Others think he didn’t want to piss off the police in Cleveland too much, so he placated them by only charging one officer. But the last reason is the worst: charging all the officers as a group would be harder to do, and his office didn’t want to have to put in that work.

In the end, this was a case that was set up to fail from the beginning. The burden of proof was so high; sorting out which bullets did what damage to the bodies within seconds of one another is almost impossible. Measuring what was going on inside a man’s mind in a legal way is even more difficult. Charging more than one officer would at least have given the prosecutor’s office some bargaining tools to use to get some form of justice.

So I agree with Ms. Pistard: many bullets shot by many officers is easier to defend than one shot fired by one officer. That’s right, more bullets fired into unarmed passengers in a vehicle is a way to protect the many involved. Especially if you then only charge one of those officers. That’s where the system failed.

Go here for Belt’s comprehensive coverage of police violence in Cleveland and elsewhere.

Belt Magazine is independently owned and operated; become a member to support us (plus get cool stuff for free).