The Jungle Is A Terrible Novel – So Why Does It Still Work?

Some time back, two friends gave my wife and I a housewarming present: a copy of Upton Sinclair’s 1906 novel, The Jungle. Not the sunniest way to help a couple settle into a new house, but it’s a thoughtful gift if you know us. I read a lot of novels, we’ve both worked as journalists, we both grew up as working-class kids in the Chicago suburbs (graduating to buying a house in the Chicago suburbs), and The Jungle is a famous muckraking work set among Chicago’s working class. It is, without question, an important novel: Its depiction of graft, poverty, and unsanitary conditions in Chicago’s stockyards played a critical role in the creation of what is now the Food and Drug Administration and prompted the country to get serious about meat inspection.

And yet, I wondered, why don’t we have more novels like this one now? 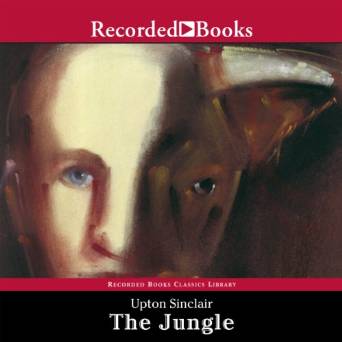 I finally caught up with the novel not through the handsome Modern Library edition I’d received as a gift but through an audiobook. Hearing it instead of reading it made a difference, I think. George Guidall’s narration better captures Jurgis’s despair by softening all those exclamations, turning them into sighs of resignation. Just as important, audiobooks are all about implacable forward movement, and the thin, grim tale of Jurgis and his family’s felt satisfying precisely because it was thin — I could follow it even in bad traffic. Most audiobook novels tend to fail me, because I want to control the pace, go back and revisit lines, passages, plot points. But what’s deadly on the page in The Jungle takes on substance in the hearing. Understanding Jurgis and company for what they were rhetorically — relatively inessential coloring — The Jungle became a potent series of magazine stories about different Chicago institutions: the stockyards, the real estate agents, the factories, the apartments, the jails and courts, the brothels, the political operators.

It’s not the Great American Novel, but it’s not without value either. Indeed, it’s the institutions that contain much of the novel’s character, wit, and irony. Here’s a passage about Bubbly Creek, a horridly polluted stretch of the Chicago River that was used as a dump by the stockyards:

Bubbles of carbonic acid gas will rise to the surface and burst, and make rings two or three feet wide. Here and there the grease and filth have caked solid, and the creek looks like a bed of lava; chickens walk about on it, feeding, and many times an unwary stranger has started to stroll across, and vanished temporarily. The packers used to leave the creek that way, till every now and then the surface would catch on fire and burn furiously, and the fire department would have to come and put it out. Once, however, an ingenious stranger came and started to gather this filth in scows, to make lard of; then the packers took the cue, and got out an injunction to stop him, and afterward gathered it themselves.

Nobody would confuse The Jungle for a work of magical realism, but I love that passage’s eerie touches: a waterway that’s caught fire and crossed by chickens, one where people vanish as they walk past. (“Temporarily” — but for how long?) And its force doubles when set against the details of blunt cravenness — people protesting a man mining the muck for profit not because it’s inhumane and foul but because they want that profit for themselves. More like this, please, I thought. Or more like this, but better.

Thing is, we have nothing anywhere near it. A century and change after The Jungle, there are plenty of available milieus for a muckraking-novel revival — Detroit, Flint, and Ferguson, would work, as would the South Side of Chicago, radically different but in many ways no less tragic. But the early 21st century has signaled the decline and fall of the novel that has a deliberate intent to move society’s gaze outward, let alone influence policy.

[blocktext align=”right”]The tone and form of
The Jungle are antiquated, but the story Sinclair
wanted to tell isn’t.[/blocktext]If it’s a lamentable situation, even the lamenting has already been done. In a 1989 Harper’s essay titled “Stalking the Billion-Footed Beast,” Tom Wolfe clamored for the return of the social novel, and though he didn’t mention Upton Sinclair by name, it was clear he saw books like The Jungle as representative of a regrettably lost tradition. “The big realistic novel [of Sinclair Lewis], with its broad social sweep, had put American literature up on the world stage for the first time,” he wrote, but by the 60s “young writers, and intellectuals generally, regarded him and his approach to the novel as an embarrassment.” Jonathan Franzen attempted a retort seven years later in “Perchance to Dream,” calling Wolfe’s essay “probably the high-water mark of sublime incomprehension.” But while Franzen stumped for “excellent socially engaged novels” of relatively recent vintage, he didn’t actually name their titles, and the essay was borne out of a similar despair about the loss of a novel to do something — and his semi-optimistic conclusion is that a novel of “tragic realism” mattered in America’s mediated world, even if there’s little such books can do to address it.

Every year since his election, President Barack Obama goes book shopping, and his purchases make news. Obama likes “socially engaged novels” that echo Franzen’s passion — he’s bought two novels by Franzen himself. But his selections only reinforce Wolfe’s argument. The president has an affinity for contemporary novels with a social-justice bent, but often those stories are set elsewhere: Anthony Marra’s Chechnya, Jhumpa Lahiri’s India. The closest example of a Jungle-esque novel on his purchase list might be George Pelecanos’s The Way Home, a crime novel that also brings the news about D.C.’s broken juvenile justice system, and Richard Price’s Lush Life, a critique of gentrification in crime-novel dressing. 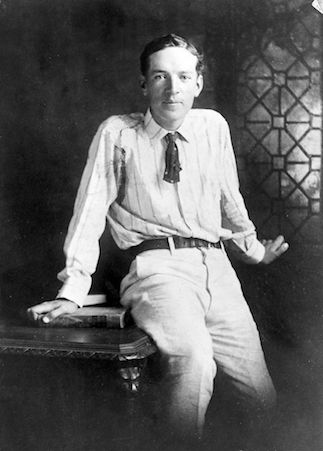 Pelecanos and Price wrote for The Wire, which is often held up as the inheritor of The Grapes of Wrath and, even, say, The Jungle as an exemplar of social storytelling. Ten years on, it’s hard to say if The Wire accomplished much besides make race and crumbling urban infrastructures a slightly brighter blip on the radar of well-educated white middle-class Americans. Sinclair would’ve been disappointed to hear it. “Sinclair lacked faith in piecemeal, evolutionary betterment,” Jane Jacobs wrote in the essay that prefaces my copy of the novel. “His grandest aim [was] educating the public to see things his way, so it would no longer be willing to tolerate the terrifying machine of the world, dispose of it peacefully, sweepingly, and gladly.”

Was Sinclair being a starry-eyed idealist about using fiction to transform society? Sure. But culturally we’ve been all but hard-headedly absolutist in rejecting the notion. Along with the social novel, the novel of politics has disappeared too; we tell stories about society and politics through social-media memes, and what few in-depth reported pieces can get financed. The Jungle was one of the last gasps of the post-Dickens muckraking novel; fine novels about disaffection, loss, and interiority have replaced it, but it doesn’t quite seem like a fair trade. The tone and form of The Jungle are antiquated, but the story Sinclair wanted to tell isn’t.