Tourism In The Rust Belt: If You Want A Bed, Pay Up

I’m looking for a hotel room in Pittsburgh, and it’s not going well.

I search Kayak, Expedia, and Priceline. I recheck Hostelworld, although I know it’s pointless. I type half-remembered names into Google. I run repeated searches for “cheap hotels pittsburgh.” I scour Airbnb. I spend about a minute on Couchsurfing before closing the browser, then my laptop.

Am I really going to cough up $150 for a hotel room? I think. For each night?

I’m speaking at a conference in May, Pittsburgh’s most resplendent month. The conference will take place at the David L. Lawrence Convention Center downtown. The organizer is ecstatic. She has promised to “treat me like a king.” She has actually used the phrase “wine and dine.” Pittsburgh is my favorite place in the world, and I’m dying to spend a weekend there. But there’s a hitch: I have no place to stay.

This is the Rust Belt Paradox: It’s dirt-cheap to live there, but a visit may cost you dearly. 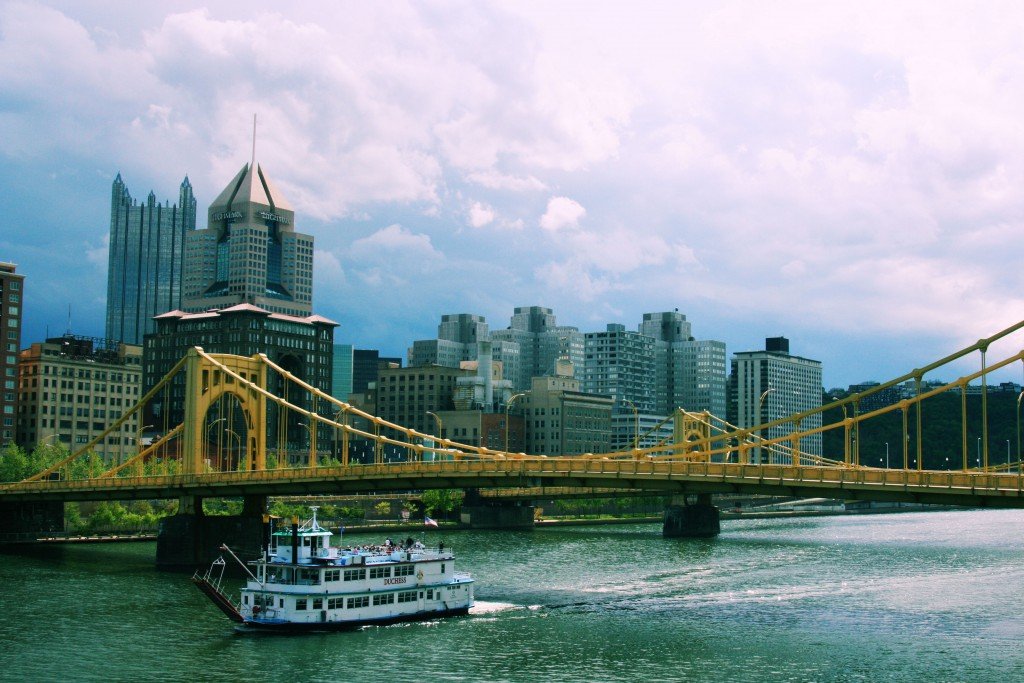 Prospects are bad, as they always are. The best price I can find is $55—a room at the Motel 6 in Crafton. The Motel 6 stands nearly six miles from the convention center. Crafton is a sleepy suburb, across the Monongahela River and through the Fort Pitt Tunnels. As the crow flies, Crafton isn’t that far, but it feels like another planet. There is little for me to do there. I don’t know anyone in Crafton. But it could be worse: Comparably priced hotels would put me by the airport, which would require a car rental, gas, and gridlock traffic on 376.

[blocktext align=”right”]Rust Belt Paradox: It’s dirt-cheap to live there, but a visit may cost you dearly.[/blocktext]If I want to stay in Pittsburgh, I will fork over at least $100, and probably much more than that. To spend one night at the Hampton Inn in Oakland—a chain hotel, nearly three miles from the convention center—would cost $158.

Why is this ironic? Because I lived in Pittsburgh for 16 years, and I never paid more than $300 a month in rent. For residents, Pittsburgh is one of the most economical cities in the country. You can still get your hair cut in Bloomfield for a sawbuck. You can nab a lunch in South Side for a fiver. My first home cost $91,000, and was a two-bedroom, two-floor condo with a garage. When The Economist dubbed Pittsburgh “The Most Livable City,” thrift was a key factor.

Hotels are another story. Ever since I left Pittsburgh in 2013, I’ve become a tourist, and my experience is utterly different. If I want to visit the city I love, I risk paying a fortune. To stay in the actual convention center hotel would cost $161 a night, $483 total. That sum might sound reasonable in downtown Chicago, but it’s jaw-dropping in the ‘Burgh. So what gives? 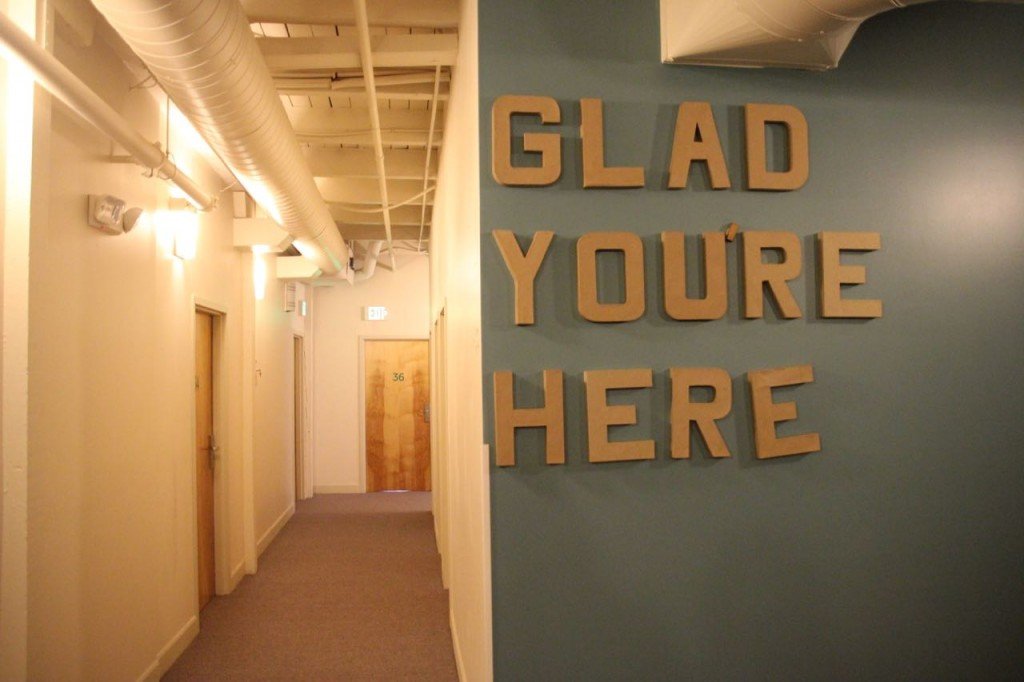 Wish You Were Here?

This is my theory: Rust Belt cities have never been “destinations.” Until recently, few ever “vacationed” in Pittsburgh. The Steel City was a functional place, an industrial hub and college town, where people settled into row houses in century-old neighborhoods. Folks might day-trip from nearby Wheeling or Butler County, but they’d usually be home by bedtime. The parks and plazas are designed for locals, not tourists. The “sights” are few and scattered. And the hotels were built for businesspeople and prospective students. If you’re considering med school at Pitt, you’ll love the Wyndham on Lytton Avenue. If you fly in for a meeting at the U.S. Steel Tower, your company may arrange a suite at the Renaissance Hotel.

But you won’t find a single hostel in Allegheny County, which is insane. There was once a Hostel International in Allentown, built into a former bank. I only know this because I stayed there, back in 2003. Allentown is a run-down neighborhood above the South Side slopes, a place that no traveler would ever think to visit. I loved my time there: the hostel had cozy private rooms and large communal areas; guests could even hang out in the old bank vault. But I was the only person staying there; every other bed was empty. The hostel closed its doors a year later, and nothing in Pittsburgh has ever replaced it. There was serious talk of building a hostel in the South Side, but the project now seems dormant. Guesthouses do not exist. The downtown YMCA has no rooms. Even local B&Bs are literal mansions, too lavish for the rucksack set.

One possible exception is Not Another Hostel, a “donation based accommodation” in the hip neighborhood of Regent Square. I like quirky grassroots efforts, and the reviews are upbeat. I briefly considered staying there, but I chickened out. The truth is, I do want just another hostel. I want a place with a public address and standard rate. Not Another Hostel feels like a fun alternative to something that doesn’t exist. 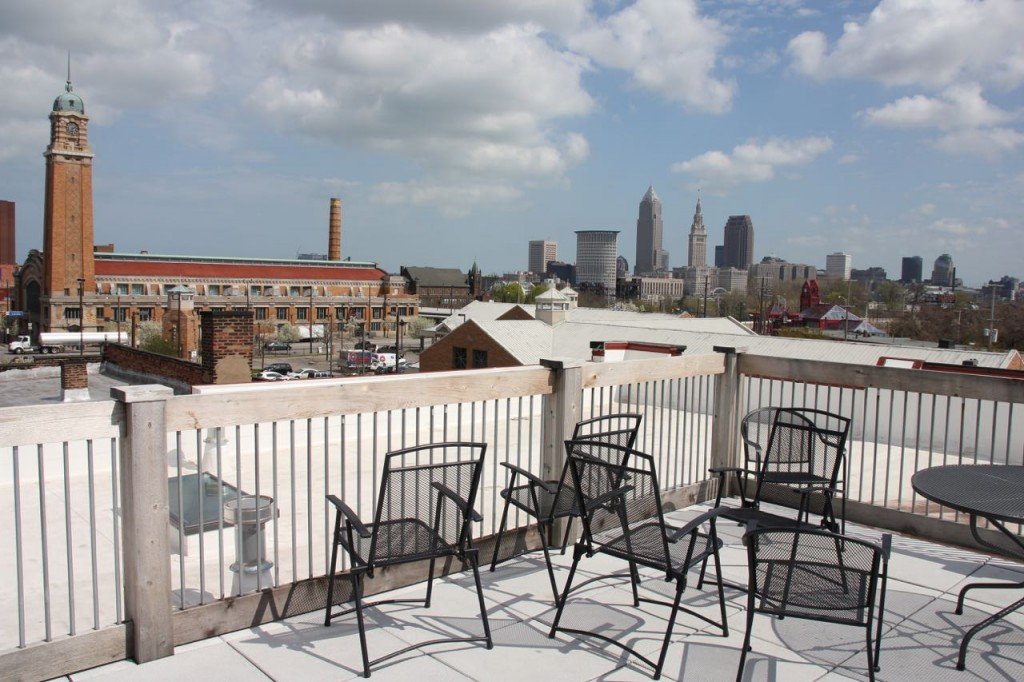 For me, lodging is not a serious problem. I have plenty of friends in Pittsburgh, and someone always offers me a guest room. This is the beauty of the Rust Belt: people are generous, and networks are vast. But at 36, I hate troubling my friends for a couch to crash on. I like my own space, even if that space is a flophouse dormitory.

Someone recently asked me what I would do with a million dollars. It was a carefree question, like asking my sign or favorite color. I said I’d open a “capsule hotel” in Pittsburgh. The city attracts more backpackers every year, and many of them require only a mattress and a place to stow their bags. Pittsburgh is an interactive city, and there is no point in lazing around a hotel, no matter how pleasant its Jacuzzi. The city is so full of old buildings, some entrepreneur could renovate an old warehouse and accommodate hundreds of travelers each night. Add a pool table and airport pickup and you’d double your investment in six months.

Incredibly, Cleveland is ahead of the curve: The Cleveland Hostel in Ohio City is clean, hip, and affordable. The hostel boasts a massive kitchen and rooftop deck. Guests can park in a convenient lot, and they can stumble to a dozen breweries in five minutes. During an impromptu trip in 2013, I was delighted to pay $70 for a private room whose window faced the imperious Cleveland skyline. Better yet, a dorm bed can be had for $26. For backpackers exploring the Rust Belt, these kinds of budget billets are vital.

For now, I have a trip to plan, and I may have to shell out hundreds of dollars for 200 square feet of personal space. I hope this dilemma is temporary. Like a lot of Rust Belt cities, Pittsburgh will have to face a difficult truth: People want to visit. They want to see the Warhol Museum. They want to party in Lawrenceville. They want to run the trails in Frick Park. They just need a place to hang their hat.

___
Robert Isenberg is a writer, filmmaker, and stage performer. His books include The Green Season, The Archipelago, and The Mysterious Tongue of Dr. Vermilion. He served as theater columnist for Pittsburgh Magazine for more than a decade, and he spent two years as a staff writer for The Tico Times of Costa Rica. He is currently based in Phoenix, Arizona. Visit him at robertisenberg.net.

All photos by Robert Isenberg.