A photographer’s exploration of the city she calls home, in its quietest hours


For the past four years, I’ve developed a visual archive of diverse and changing neighborhoods in Grand Rapids, Michigan. I first came to love this city in 2003 while attending college, but it wasn’t until I returned in 2016 and saw the impact of new urban redevelopment in my old neighborhood, West Grand, that I decided to to start a long term documentary project here.

Throughout the 1950’s and 60’s, Grand Rapids, like many Rust Belt cities, embraced urban renewal and revitalization projects. The modernization of city centers led to the demolition of areas that were designated as blighted. The reshaping of city neighborhoods was also affected by the construction of expressways, like U.S. 131 and I-96, which dissected the city’s West Side. Historic photographs from this time showcase family homes and businesses that were later demolished for new construction, roadways, and parking lots.

These shifts are evidence that the urban landscape is constantly changing. My work as a photographer is to protect the cultural heritage of city landscapes by documenting buildings that may be, or are, threatened by redevelopment. I am particularly interested in vernacular architecture such as laundromats, bakeries, and gas stations. These places are everyday staples, but they are easily at risk by urban expansion and revitalization.

Looking to the past and thinking about the present inspired me to begin photographing on the West Side of Grand Rapids in the neighborhoods of West Grand, West Fulton, and John Ball Park. I have since expanded to include Midtown and the Old East End, which are located on the northeast side of the city and run parallel to I-96. The catalog of images includes storefronts, roadsides, houses, and streets. Some areas are undergoing change, and some remain constant, withstanding the testament of time.

I photograph in the early morning or evening to evoke a sense of place. The quiet contemplation of each scene elevates these places into cinematic views worthy of documentation. They are common—maybe even boring—but when I see them in this light, they are transformed. The images preserve, and at the same time celebrate, the unique qualities of an ever-changing city landscape. 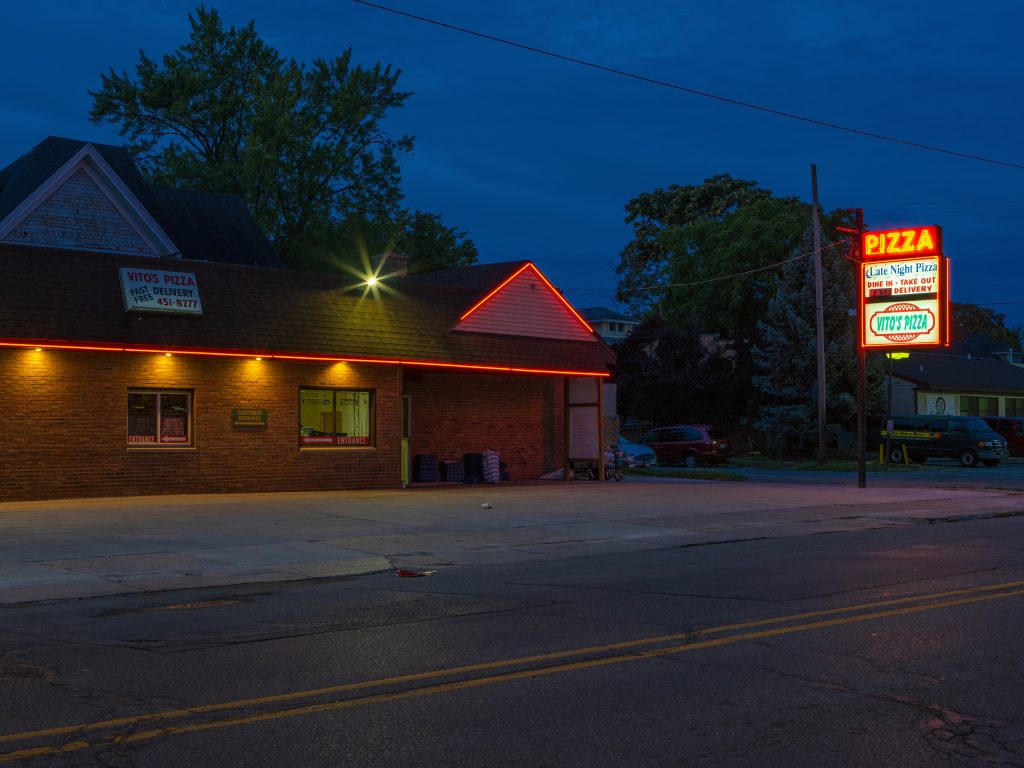 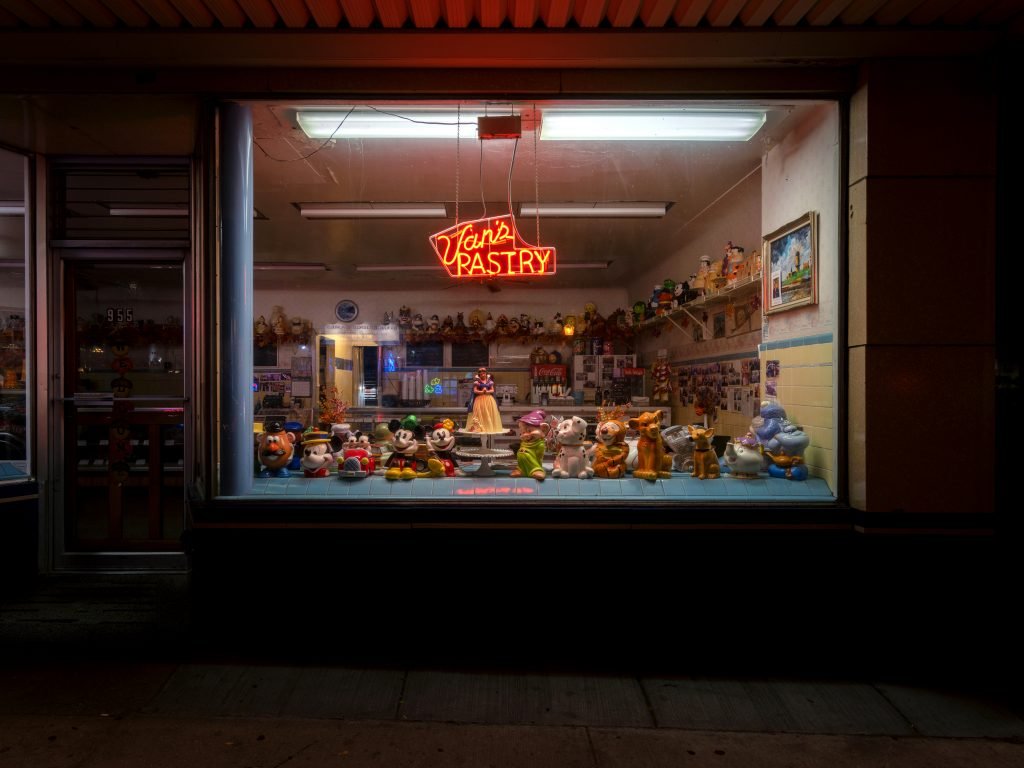 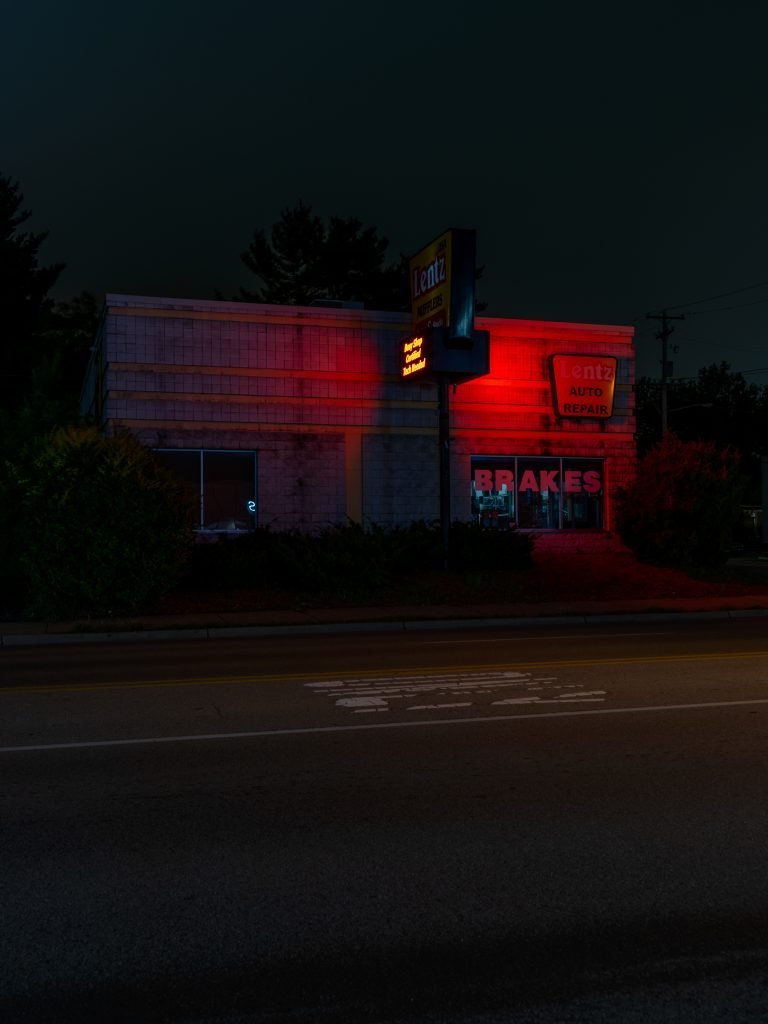 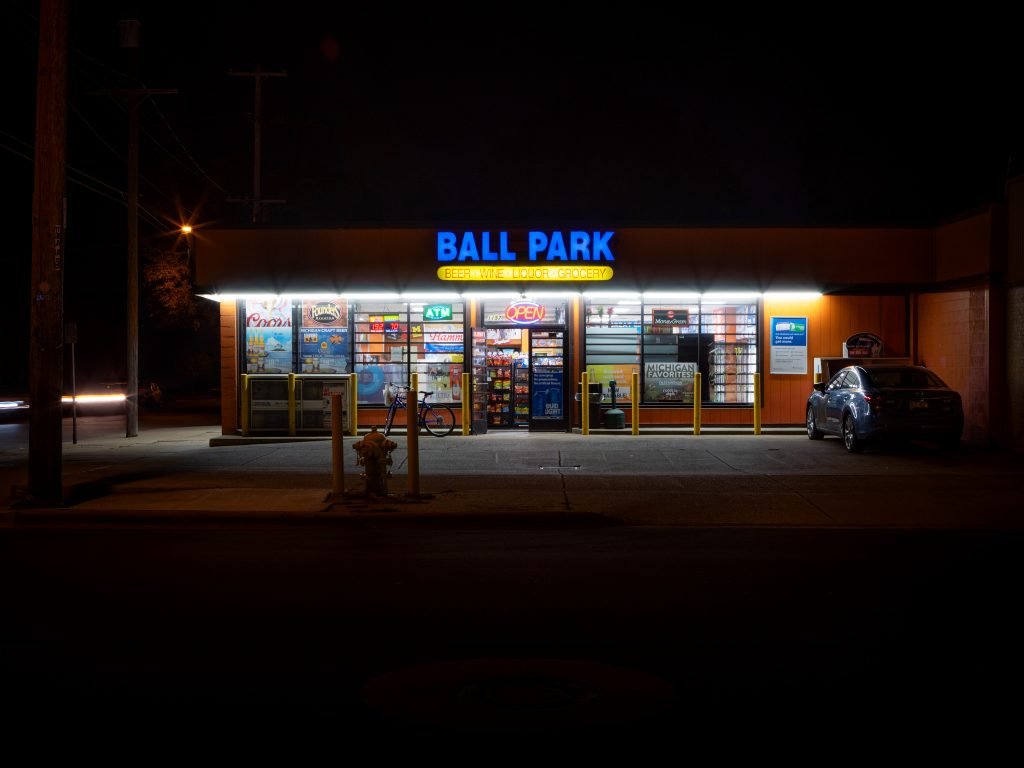 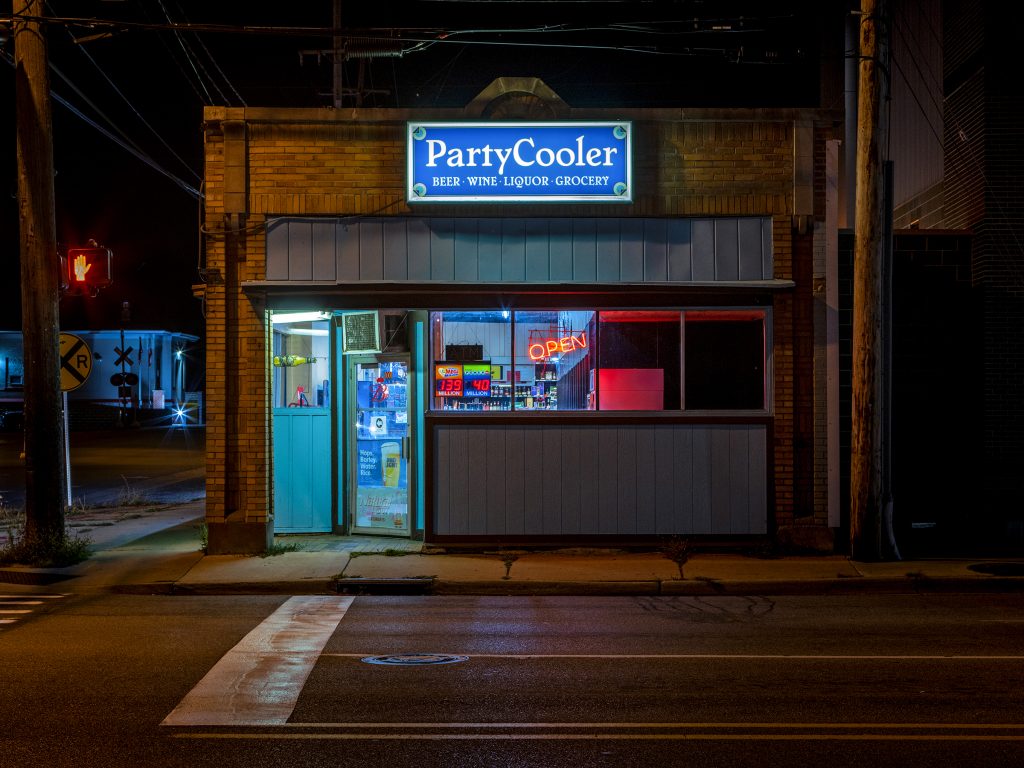 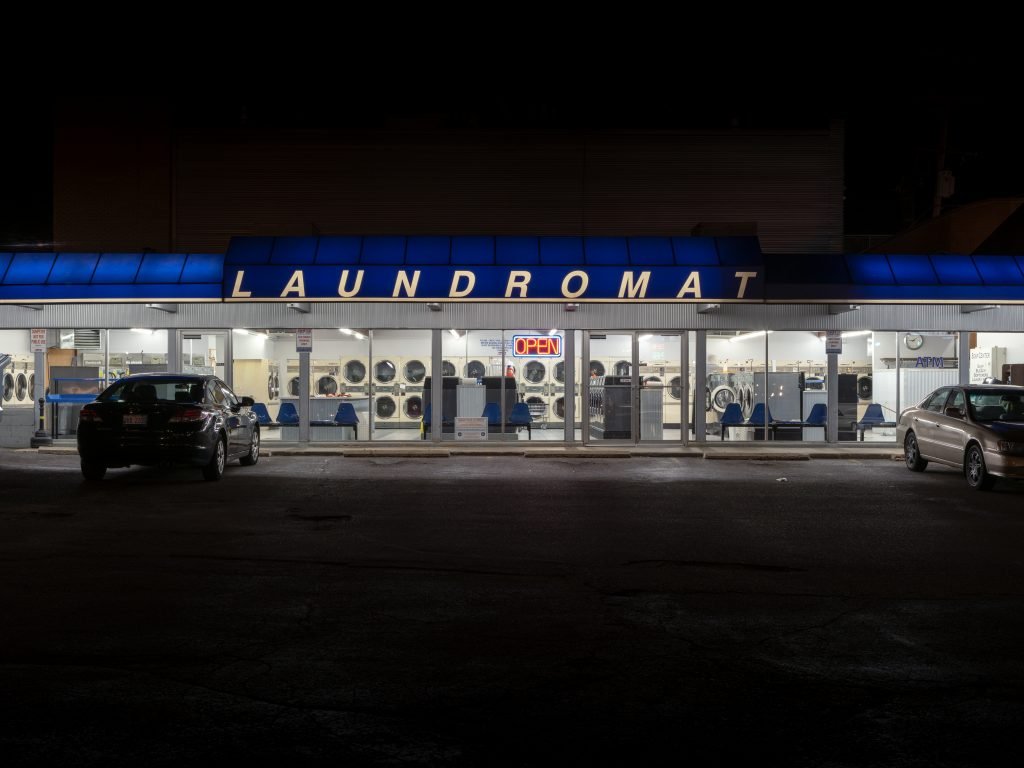 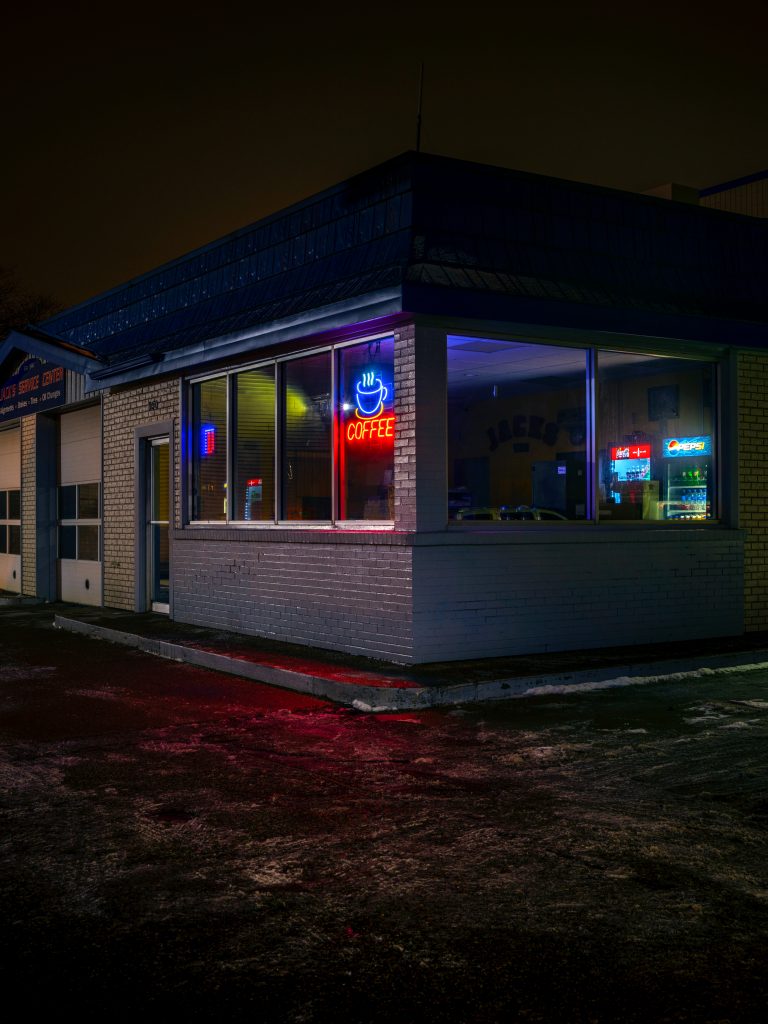 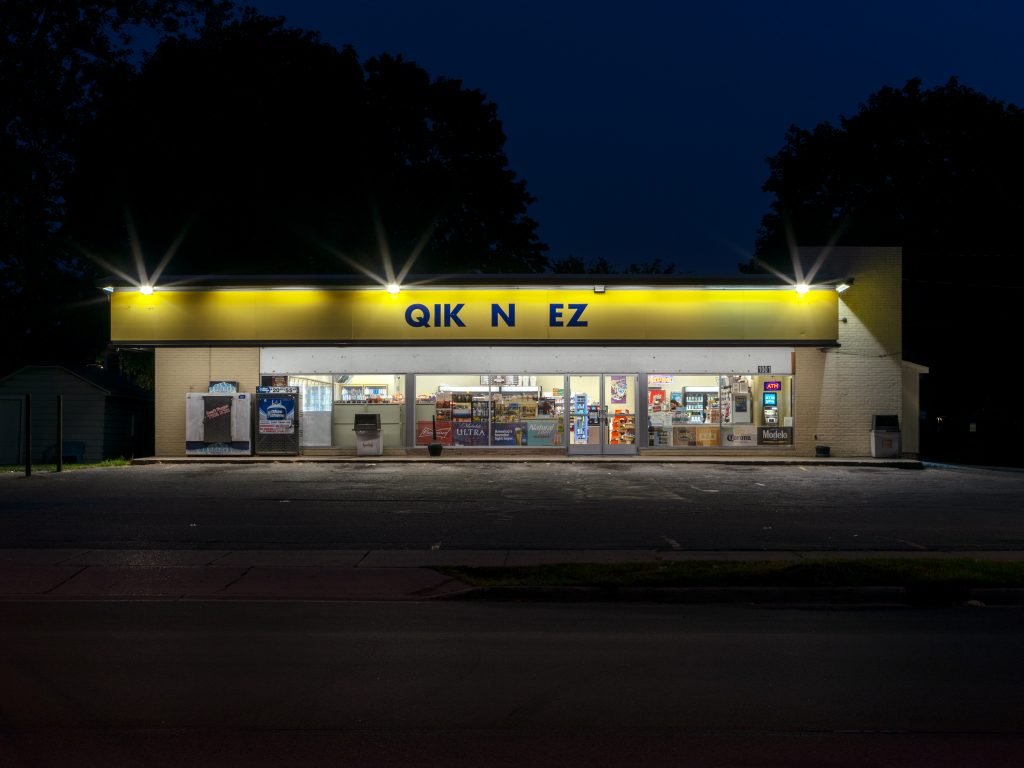 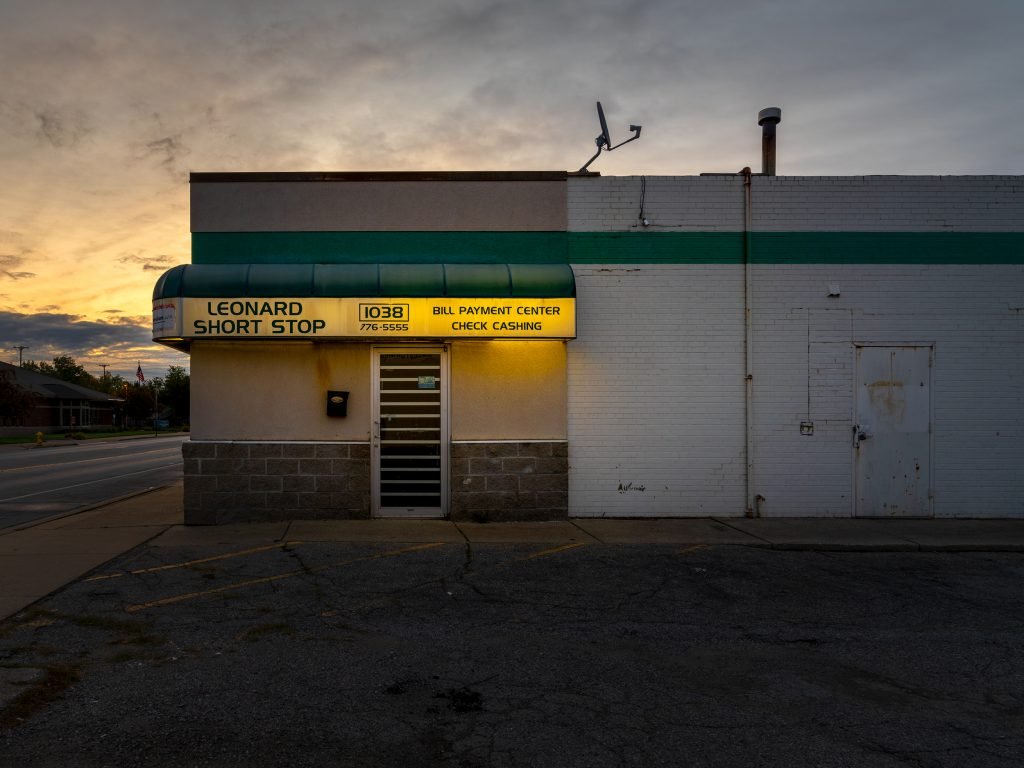 Emily Najera is an artist and educator based in Grand Rapids, Michigan. Her research as a photographer examines forms of architecture as vernacular artifacts. Follow her on Instagram @emilynajeraphoto and view more of her ongoing projects at emilynajera.com