We Love Detroit, Even If You Don’t

The essay that started it all, originally published in A Detroit Anthology (Belt Publishing, 2014).

It is a reality we have come to accept and, for many of us, a reality we were born into. It doesn’t mean that the love is lost.

Detroit is a lot of things. It is not the small town you grew up in, where you went to a crappy high school in the country and dreamed daily of flying the coop to New York City or Hollywood. It is, by and large, still a city where people migrate, or maintain.

Detroit didn’t need a bankruptcy filing to tell us we were broke because we already knew. It’s an enigmatic tangled web in the darkest abyss that takes more than a Slate piece here or a CNN panel there to explain. Still, I’ll attempt a TL;DR: A crowded city full of a rising middle class that reached its peak when freeways provided access to spacious land beyond city limits. A crowded city that also faced rising tensions between black residents and white residents. Redlining. Access. Police brutality. Draining economic resources. Unequal pay. Riots. Rising costs. Dwindling tax base. Legacy costs incurred by pensions, unions, city services. Inflation. Industry collapse. Taxes. Corruption. Crime. Schools. Jobs, and the lack of them. All against the backdrop of a shitty American economy in general.

But did you think that it would happen overnight?

Did you think that your tax dollars going to Chrysler and General Motors — private corporations, one of which is not even headquartered in the city limits, that have somehow been conflated with city government in the last few years — would just fix everything? That Chrysler and GM were the only two employers in Detroit, and that solving their problems would solve our decades-long issues with racism, finances, corruption, and the rest?

Did you really think that Detroit was the new Silicon Valley, the new Brooklyn, or the new Pittsburgh? Or that startup-savvy college grads with pie-in-the-sky ideas would keep the fires from burning every Halloween, or kids from walking past abandoned homes on their way to school each morning?

Yeah, we need Chrysler and GM. Ford, too. And every hipstapreneur that’s willing to register to vote here as well. But they’re not the only ones here.

I live in Detroit. It’s hot as hell right now, and we’re having biblical rainstorms. Grass is growing like crazy. But you know, I see people cutting the grass on lots that aren’t theirs. Everyday when I pass through my neighborhood on my way to work.

I see little old ladies tending to their annuals, kids — black and white — playing football in the street (even though they can be annoying because they block the street sometimes). I see a bunch of regular-ass people doing regular-ass shit because Detroit is a regular-ass city with regular-ass problems just like everyone else.

Which is why I wholeheartedly believe that Detroit will be just fine. 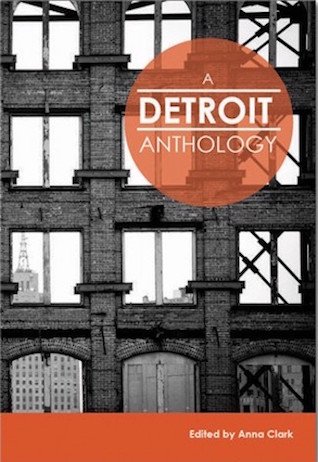 “Bankruptcy” is a scary term, exacerbated by Wheel of Fortune losses, that has more bark than bite. Society discourages individuals from talking about finances; we don’t talk about salaries outside of job interviews, we withhold the cost of the new house we just bought, we don’t mention the raise we just got. So to find out someone declared — gasp! — bankruptcy provokes gossip, feigned concern, funny stares, distrust, and, most notably, shame.

Detroit is already the butt of jokes and the target of pity, so the nonstop flow of jokes and tsk-tsking was just as inevitable as the bankruptcy filing. I was dreading the former long after having accepted the latter.

Please tell me another Les Gold joke. Please post your OCP logos. Can you remind me again what Romney said in that NYT opinion that one time, I forgot just that quick. And my goodness, please spout another “It’s So Cold in the D” lyric. But whatever you do, don’t feel sorry for Detroit.

A headline like “Detroit Is Bankrupt” underneath a photo, another fucking photo, of a rundown house in the shadow of the city skyline tells half the story. The devil in the details is this: Detroit’s biggest issue is dealing with pensions for retirees. It’s a $3.5 billion open wound and no one knows how the city will deal with it. (You know who else has that problem? Chicago.) We don’t know exactly what will happen in the course of bankruptcy, but we’re fully aware that we’ll all have to share in some painful cuts.

It does not mean we’re selling our art, or turning off all the lights, or selling our land to Canada or China, or fencing off the city from the rest of America. It simply means we fucked up (we know, we know!) and we have no money to pay our bills.

That’s it. Emergency Manager Kevyn Orr also has promised — and we’re all holding him to this — to steer as many funds as possible to restoring city services and improving emergency response, a process in place before the papers were led.

(It doesn’t mean we’re the next Stockton, California, or the next Vallejo, California, or the next San Bernadino, California, either. Really, guys? Stop comparing us to these random places in California. I have nothing but love for the West Coast, and it is undeniable there are issues in those cities. But none of these coffee shop artists are waking up and saying, “Hmm, where can I live cheap and network with a bunch of young minds to make a real difference in the world? Oh, I know — STOCKTON!” OK, they’ve gone through municipal bankruptcies, but the cultures of those towns are far different than Detroit’s, and the way these stories unfold will take varied paths.)

I could go on and on about how the car you’re driving was possibly designed here and how we’re the home of Motown and stuff like that, but fuck it. You know that already. At least you should.

I don’t want to say “Detroit will rise again.” We built a whole mantra around the idea of rebirth in the ’70s with the Renaissance Center, Renaissance High School, Renaissance everything pretty much. Fact is, Detroit is still on the uphill climb it has been on for more than forty years. We didn’t rise then, and saying Speramus Meliora, Resurget Cineribus a bunch of times isn’t going to make it happen any sooner.

I’m just going to say that for as much shit as you talk about Detroit, where you live is probably just as fucked up somehow.

Are you black? Good luck in Florida, or pretty much all of America at this point. Are you gay? You must have a peachy time getting your state to legally recognize your marriage. Are you a woman? Don’t be knocked up in the wrong state at the wrong time. Are you a recent college graduate? How do you even afford to live anywhere?

Sounds petty? Then hell yeah, I’m being petty. Just as petty as your tired RoboCop jokes. But guess what? We all live somewhere that’s fucked up to some degree, and even if you move somewhere else, your life still won’t be Instagram perfection.

A bid last summer to bring the X Games here to Detroit got a lot of national press, and we were appropriately disheartened when ESPN chose Austin over us. It’s fine, because the masterminds behind that bid have put the wheels in motion to come up with an alternative. It sounds cheesy as all hell to say this, but Detroit never says die.

On the other end of the spectrum, hundreds of volunteers are planning a mass cleanup of the city’s North End neighborhood, an event that won’t get nearly as much attention as the X Games bid. I’m not complaining about the coverage at all, don’t get me wrong. But the point here is, people mobilize for causes here — be it skateboarding in abandoned lots or boarding up abandoned homes.

Those are just two examples, I know. And that won’t convince you, I know. I can’t yell about the “good parts” of Detroit or complain about the national media coverage anymore, so just go ahead and click through that slideshow of black-and-white photos of Motown stars and assembly-line workers, and tell us again how Obama and the Democrats killed Detroit or whatever. At this point, sticks and fucking stones.

I love Detroit, I know a ton of people who love Detroit. It’s a twisted love that runs the gamut of emotions: joy, disappointment, hurt, anger, fear, elation, delight, apprehension, courage, resentment, cynicism, stubbornness, optimism, and confusion. Then again, maybe that’s something we all have in common. Have you ever loved? You mean to tell me that everything you’ve loved was just cut and clear? There was never any condition or obstacle?

When it’s love, you know it’s real. And love conquers all, even the stigma of Chapter 9 bankruptcy and the national headshaking that’s come with it. So yeah, Detroit will be just fine. Even if you don’t think so.

___
Belt is a reader-supported publication — become a member, renew your membership, or purchase a book (including A Detroit Anthology or How To Live In Detroit Without Being A Jackass) from our store.