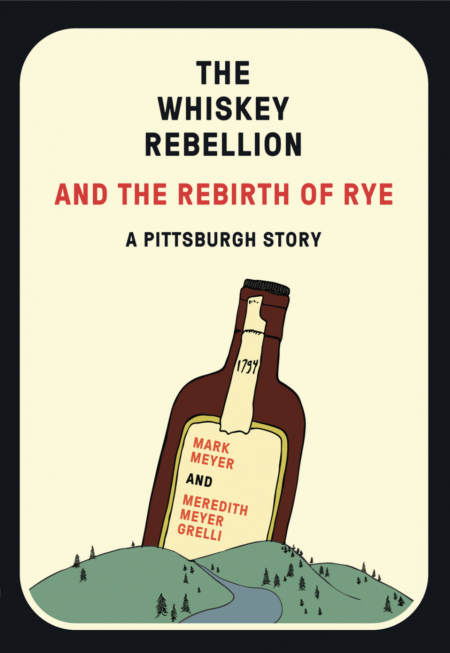 American whiskey was born in Pittsburgh, Pennsylvania. The Whiskey Rebellion and the Rebirth of Rye is the story of rye whiskey’s revolutionary origins, the emergence of craft distilling, and its roots in the Rust Belt town of Pittsburgh. In this fascinating guide through history and culture, authors Mark Meyer and Meredith Meyer Grelli have bottled the spirit of craft whiskey and served it straight up.

Mark Meyer and Meredith Meyer Grelli are co-founders of Wigle Whiskey, a family owned and operated craft distillery based in Pittsburgh’s Strip District. Wigle Whiskey is named for an early Pennsylvania distiller, Phillip Wigle, and has won numerous awards since it opened to the public in 2012, including several Best in Category awards from the American Craft Spirits Association.

When it comes to rye whiskey, the process is as interesting as the story. The Whiskey Rebellion and the Rebirth of Rye comes complete with an illustrated guide on how to make rye whiskey, plus recipes for cocktails, from “Whiskey Sour” to “War of Conquests.”

The Whiskey Rebellion and the Rebirth of Rye: A Pittsburgh Story is the latest entry in Belt Publishing’s Notches imprint. Pre-order your copy here.